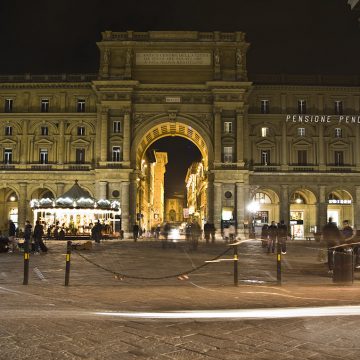 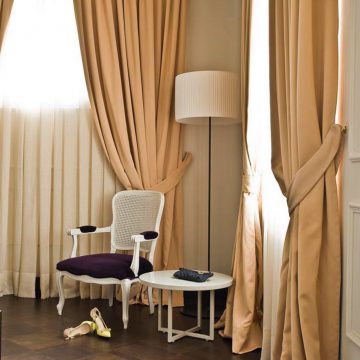 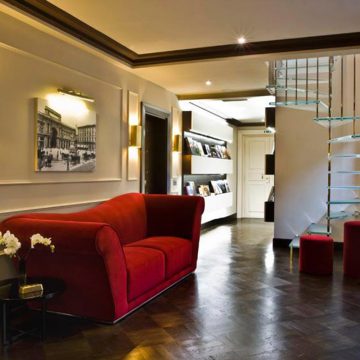 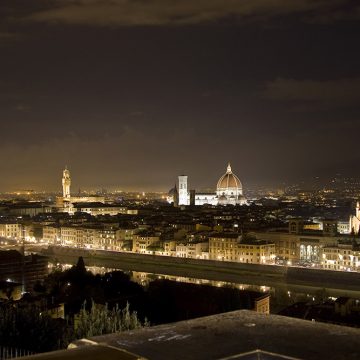 Planning your next break? Check out this exclusive tour of Florence, Italy offered by Be One Art and Luxury Home…

After a fabulous handmade Italian breakfast offered in our open terrace, head towards Piazza della Repubblica and Via Calimala to begin your excursion. Here you can see the unique Orsanmichele Church, built in 1337. Going right to the short section of Via de Calzaiuoli you head to thePiazza della Signoria, where you can admire some remarkable masterpieces, such as the Fountain of Neptune representing the Roman god of the waters, in Italian “Nettuno”. On the right side of the square stands Loggia della Signoria in which you can find many works such as: Perseus; the Rape of the Sabines; Hercules fighting with centaur Nessus; Menelaus supporting the body of Patroclus.

Before leaving the square visitPiazzale degli Uffizi, where the impressive and harmonious construction of Cosimo I bringstogether all the administrative offices scattered around the city on thelarge rectangular courtyard, where there were public parties. Before going to Ponte Vecchio you should have a stop-off atvia dei Georgofili. On 23May1993 at approximately 1amthere was a car bombattempt that procured the collapse of “Torre dei Pulci”, home of the Academy of Georgofili, and the damageof some rooms of the Uffizi Gallery and the Vasarian Corridor, the total loss of some masterpieces in the art gallery and the death of five people. Returnto the Piazza della Signoria, and head forthe short via Vacchereccia, turn left into via Por Santa Maria after which you’ll befacing Ponte Vecchio, the oldest bridge in the city. This bridge was rebuilt several times and since 1593 there have been craftsmen working in their shops, goldsmiths and jewelers keepingtradition alive. As soon as you cross the Ponte Vecchiocontinue to Via de’ Guicciardini in order to reach Piazza Pitti, whichis dominated by the magnificent Palazzo Pitti. In the mid-sixteenth century, the building was sold to Cosimo I de’ Medici, who resided in the palace with hisfamily. From 1865 to 1870 during the period when Florence was capital of Italy, the palace also became home tothe sovereign family of Savoy.

After having enjoyed a snack accompanied by a fresh Italian red wine at the famous Enoteca “Le Volpi e L’Uva” headtowards two important squares in Florence: Piazza Santo Spirito and Piazza della Passera. The first one was built in the thirteenth century to accommodate the crowds that attended the prayers of the Augustinians, the holders of “Basilica Santo Spirito” and is surrounded by numerous century houses among which Palazzo Guadagni. Piazza della Passera is a small square known as “Canto ai quattro leoni”, characterized by host numerous cultural events.

From Piazza della Passera cross Via Maggio and then cross Ponte Santa Trinità, built by Bartolomeo Ammannati with the advice of Michelangelo. Unfortunately during the second World War the wonderful bridge, along with most of the others,was blown up by German troops andwas rebuilt in 1958. Crossing the bridge you enterVia de’ Tornabuoni and on the right side will be Palazzo Spini-Ferroni. It was originally Tornabuonis’ property, then passed into the hands of many families to end up in 1846 to the City of Florence, who established several offices until 1871. Today the palace accommodates the Shoe Museum. Beyond the Palace you come across Piazza Santa Trinita with the beautiful church and the monumental column of Justice. Via de’ Tornabuoni is not only known for its important historical buildings but also for the many designer shops that are located there, such as Cavalli, Gucci and Prada. Head toPiazza de’ Davanzati where there is the homonymous palace thatis now the Museum of the Old Florentine House.

After such a long day of exquisite culture, you’ll be sure to enjoy your the luxury of youBe ONE room…

Be ONE Art and Luxury Homeis a luxury boutique resort located in the heart of Florence, the birthplace of the Renaissance, recognized as one of the most beautiful cities in the world.

The resort is located in a privileged position;it iswalking distance from the countless historicalartistic attractions that Florence offers. Be ONE is also brilliantly located for those who love to do shopping in the best boutiques in the city.

Hidden on the 3rd and 4th floor of an historical building in Piazza della Repubblica, the small boutique resort’scommon areas,rooms and the comfortable lounge/bar have been treated in detail by an internationally renowned architect. Brightness of the surroundings and attention to detail, elegant fornitures signed by Fendi luxury living.

Be ONE counts, for the moment, 8 rooms, each one dedicated to a famous Italianpersonality….

Be ONE is charming and culturally alive: there is a polyhedral libraryabout Italy to guests’ disposal. Vintage Italian films are screened in the lounge and Italian music is played in the common areas.Be ONE ispartnerwiththe oldest tennisand swimming pool club with special prices for the Be ONEguests. A nine-holegolf and driving range is available a fews minutes by car. Wine and oil tastingexcursions and guided tours are organized in the nearby hills of Chianti, courses in sculpture , photography and fresco are available on request.

Florence’s Amerigo Vespucci airportis only 10km away and the city’s main station, Santa Maria Novella, is just 10­ minutes away.

All prices are per room per night for 1 or 2 people including breakfast, VAT, service and CONCIERGERIE TAILOR MADE BUTLER , minibar and free WI -FI : Prices vary with the season (extra bed €75).

Get an exclusive offer through FOUR : 4 nights for 3. 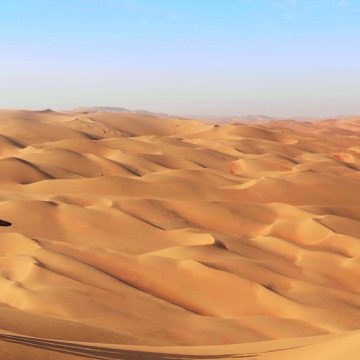 Check in | Diamonds in the rough

FOUR looks at the latest in luxury bathrooms from sleek German designers, Knief…