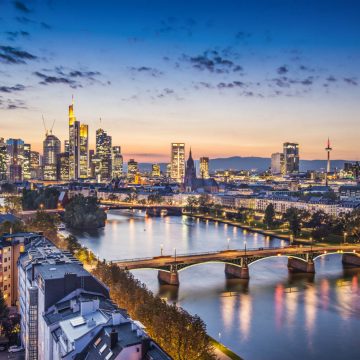 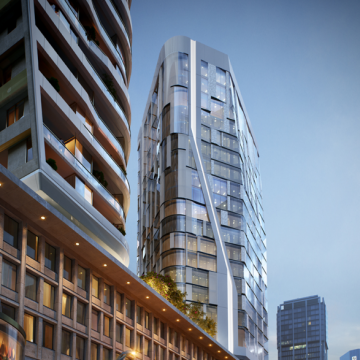 The luxury hotel brand will be bring a dose of elegance to Frankfurt in 2023.

News flash! Kimpton is set to bring its rapidly expanding brand to Germany in 2023 with the exciting opening of Kimpton Frankfurt.

Set within a listed building of Junghofstrasse in Frankfurt’s bustling city centre, the luxury boutique hotel will offer a sleek city stay. With 155 rooms, two large meeting rooms and an onsite gym, there’s plenty planned to partake in. In addition to the hotel’s signature restaurant, there are also plans for a sky-bar and restaurant on the roof terrace, where guests will be able to enjoy an unrivalled skyline view of the city. What’s more, the classic 1950s lobby will be restored and serve as the main entrance to the hotel.

As part of the brand’s expansion in key cities across Europe, IHG has also announced plans to debut the brand in the UK and open Kimpton Paris in 2020, and introduce more European signings in the pipeline.

Mike DeFrino, CEO of Kimpton Hotels & Restaurants, told FOUR: “This Frankfurt signing will be an incredible addition to the Kimpton portfolio and further strengthens our growing boutique presence in Europe. Frankfurt is a compelling city for our guests to explore; it’s a central hub for business and finance with a balance of the old and new. We’re thrilled to bring Kimpton’s heartfelt service and design-led approach to Germany in partnership with Groß & Partner.”

Nikolaus Bieber, Managing Director of Groß & Partner said: “Frankfurt can look forward to a new, international hotel brand in a class of its own. With the signing of Kimpton Frankfurt, the FOUR Frankfurt receives another point of attraction that will enrich and upgrade the downtown area. The Kimpton Frankfurt in Junghofstraße will be a special experience, not only for hotel guests enjoying the city skyline but also for local restaurant and bar visitors.”

One of the world’s most renowned hotel brands, Kimpton is luxury boutique brand that currently operates 66 hotels and 80 restaurants, bars and lounges in the U.S., Caribbean, and Europe. Kimpton De Witt in Amsterdam was the first Kimpton property to open outside of the Americas in May 2017.

Further details can be found via ihg.com/kimptonhotels