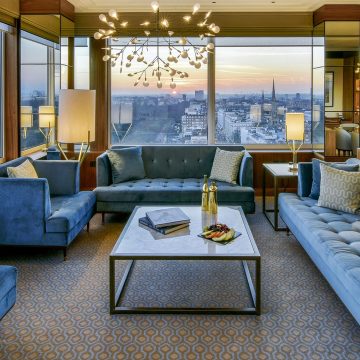 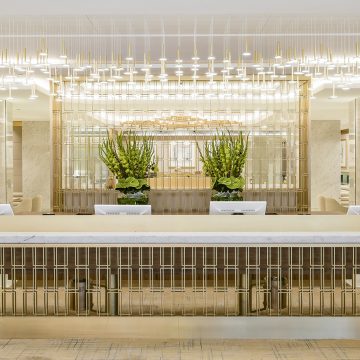 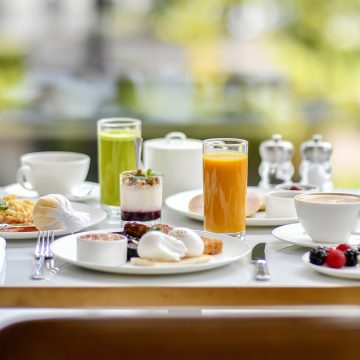 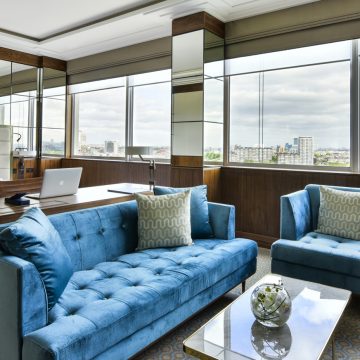 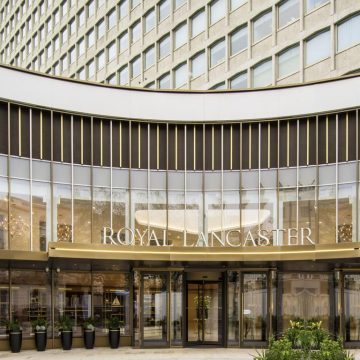 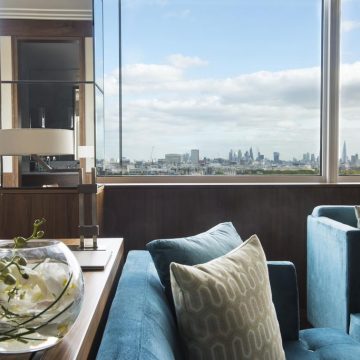 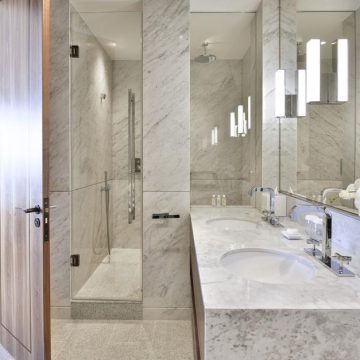 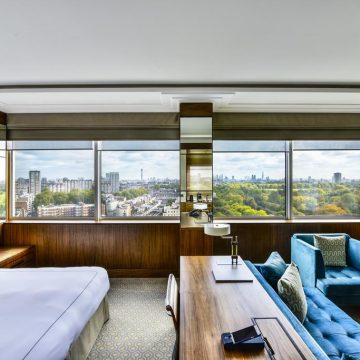 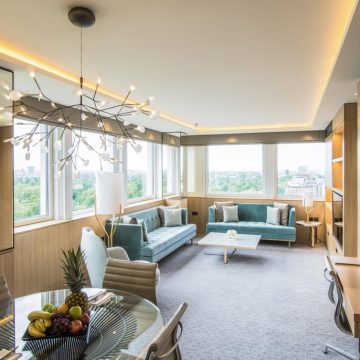 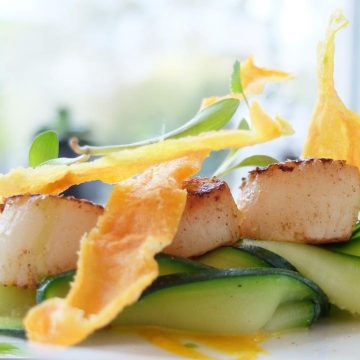 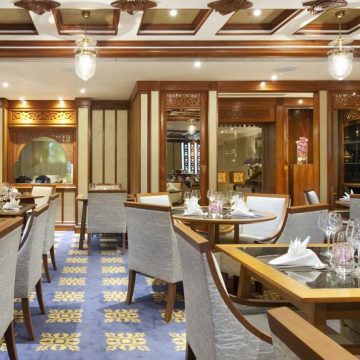 A haven of stylish luxury, FOUR discovers London the deluxe way with a stay at Royal Lancaster London.

Having undergone an extensive £85 million refurbishment back in 2017, its pricey facelift has paid off.

Guests are treated to a stay that puts five-star service at the core of every detail – from a smooth check-in process to something as simple as ordering extra toiletries.

A permanent resident of Hyde Park with 411 rooms and three dining outlets, this iconic London hotel has been welcoming famous figures and Hollywood starlets since the hippy-esque 1960’s. Age is just a number here – there’s not an ounce of ‘fuddy-duddiness’ in sight.

A hive of modern glamour just a fifteen minute stroll from Oxford Circus, guests are greeted from the get-go with the sight of an expansive lobby, styled as chicly as one of its many famous visitors.

Morning and night, this grand lobby is a hub of activity. Its sleek sofas are the perching point for first-time tourists and hardened business folk alike, all enjoying the opulent atmosphere that makes an impression before a guest is even handed their room key.

Suites on the upper floors showcase a truly stunning city skyline – it’s tempting to press your face to the glass and gaze at the sweep of buildings and London life beneath for hours on end.

Contemporary in style, the enormous beds, plush velvet sofas and patterned carpets have one sole purpose: relaxing. There’s light-hearted decor thrown into the mix too, with quirky British details in the form of little Mini Cooper cars and arty patterned dogs which are dotted about the room.

When it comes to room perks, there are many. Nespresso machines, enormous plasma TV screens and handy smartphones with free world calls across the globe; remote working is made painless thanks to the large desks and zippy wi-fi.

There’s no spa at Royal Lancaster London, but the marble-clad bathrooms mimic the feel of one with oodles of The White Company toiletries, fluffy towels and the all essential robes.

It’s all too easy to slipper up, face mask the night away and soak in the city surroundings without even stepping out into open air.

The Food
Good news for the gourmands – Royal Lancaster London takes its dining offering seriously, with the option to splash out on an artistically-plated dinner or  simply enjoy a seasonal bite.

Chow down on British classics at Island Grill or take a tastebud trip to Thailand at Nipa Thai. Named after the Thai hotel owner’s wife, dine in decadent surroundings and sample authentic flavours courtesy of an all-female kitchen. The cuisine may differ between the two, but both venues offering mesmerising views as good as the menus.

Post-slumber, head down to Park Restaurant for a breakfast buffet blowout with a bellini on the side or enjoy a lighter a la carte start to your day. The salmon and cream cheese bagel, brioche French toast and Scottish oat porridge all get our vote.

Large, lavish and undeniably deluxe. Spend your next city break in sensuous fashion with a stay at Royal Lancaster London.