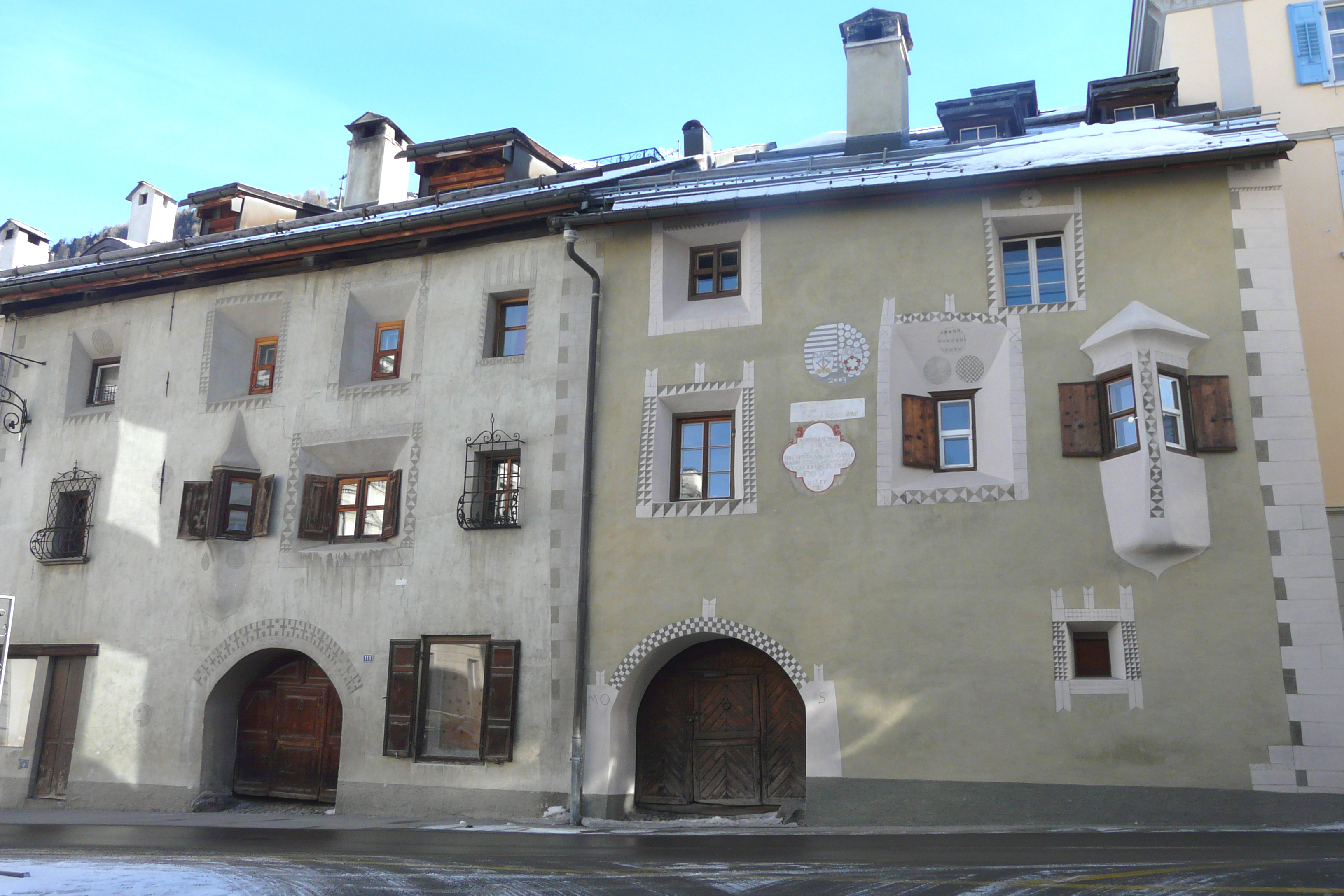 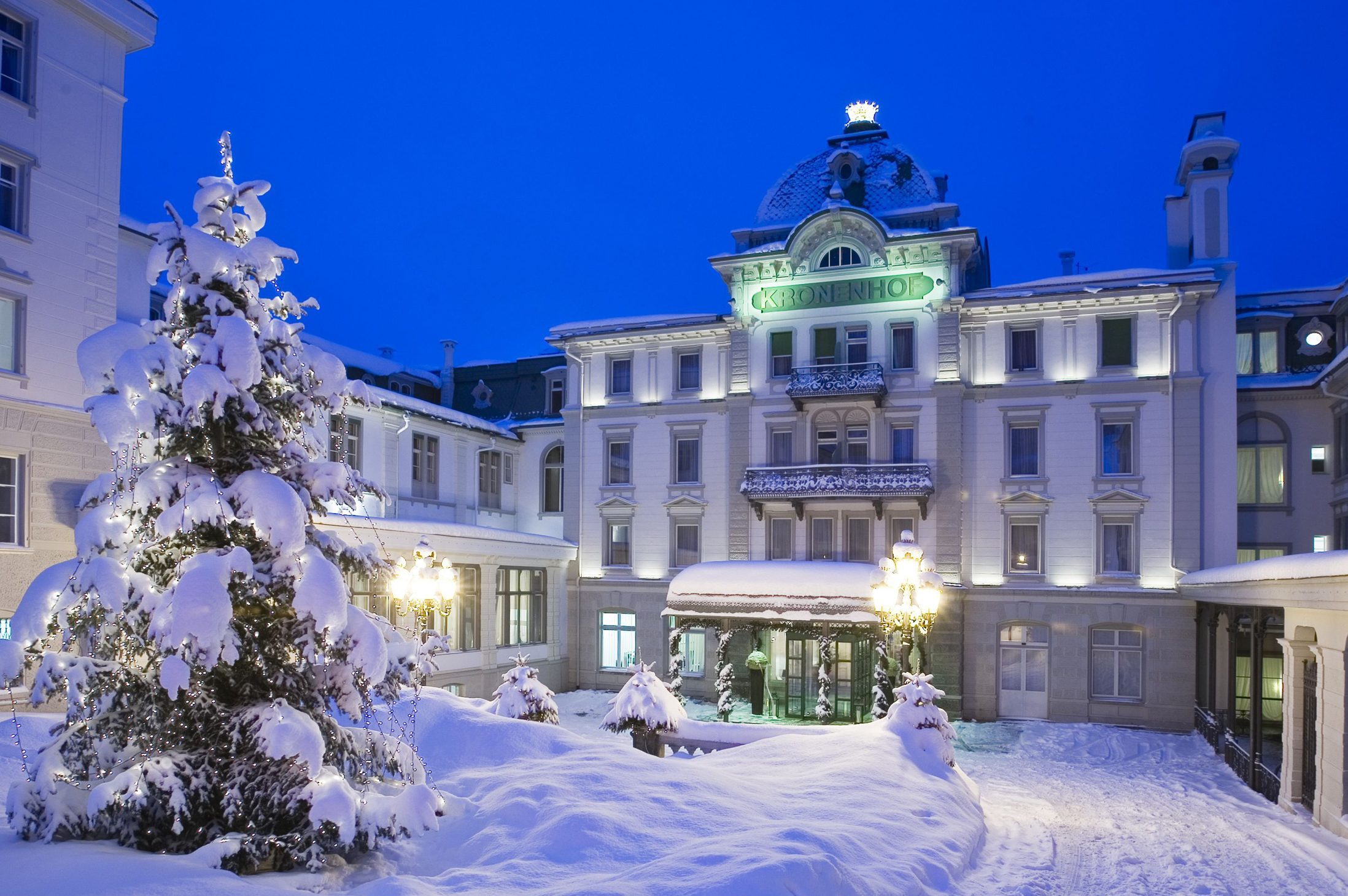 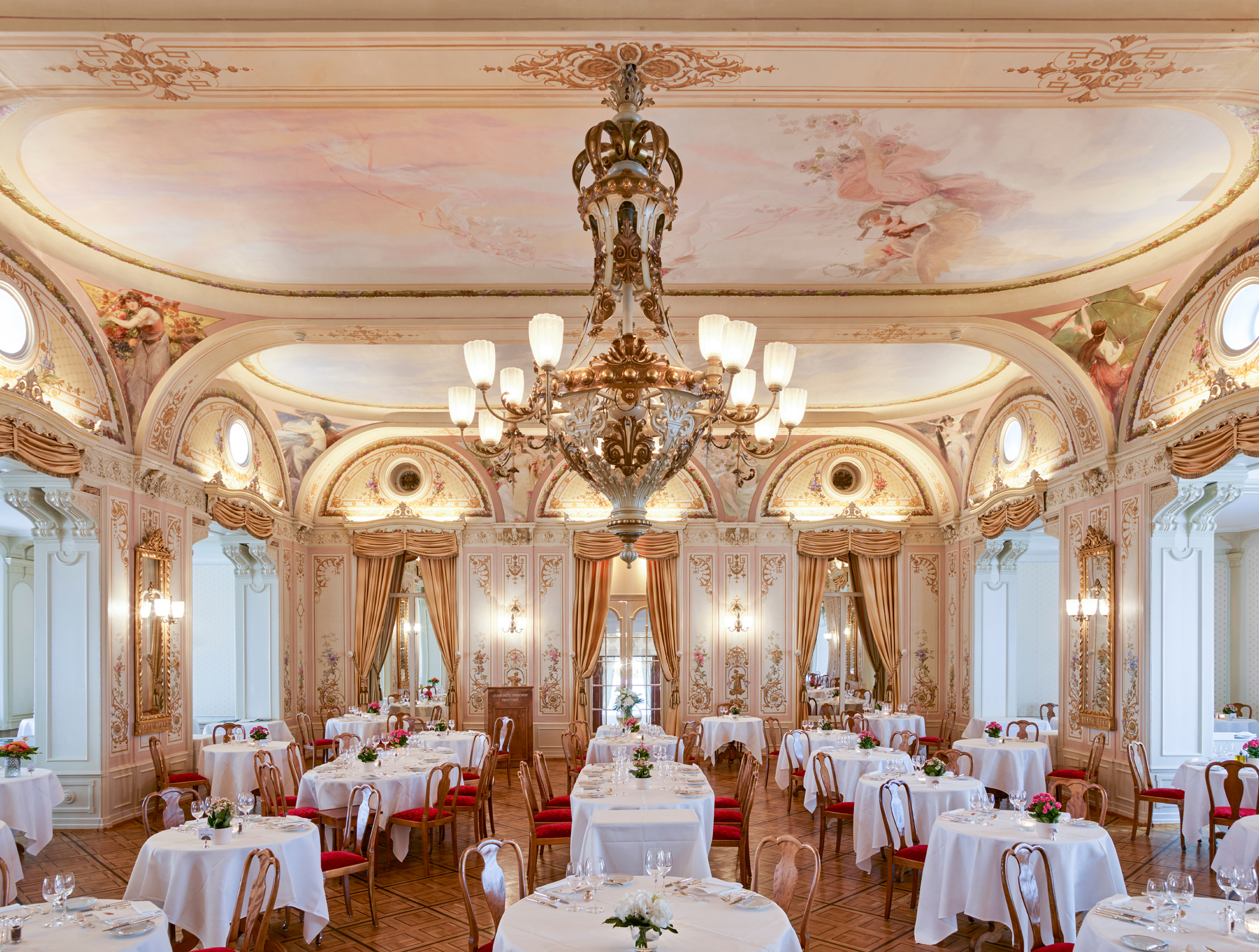 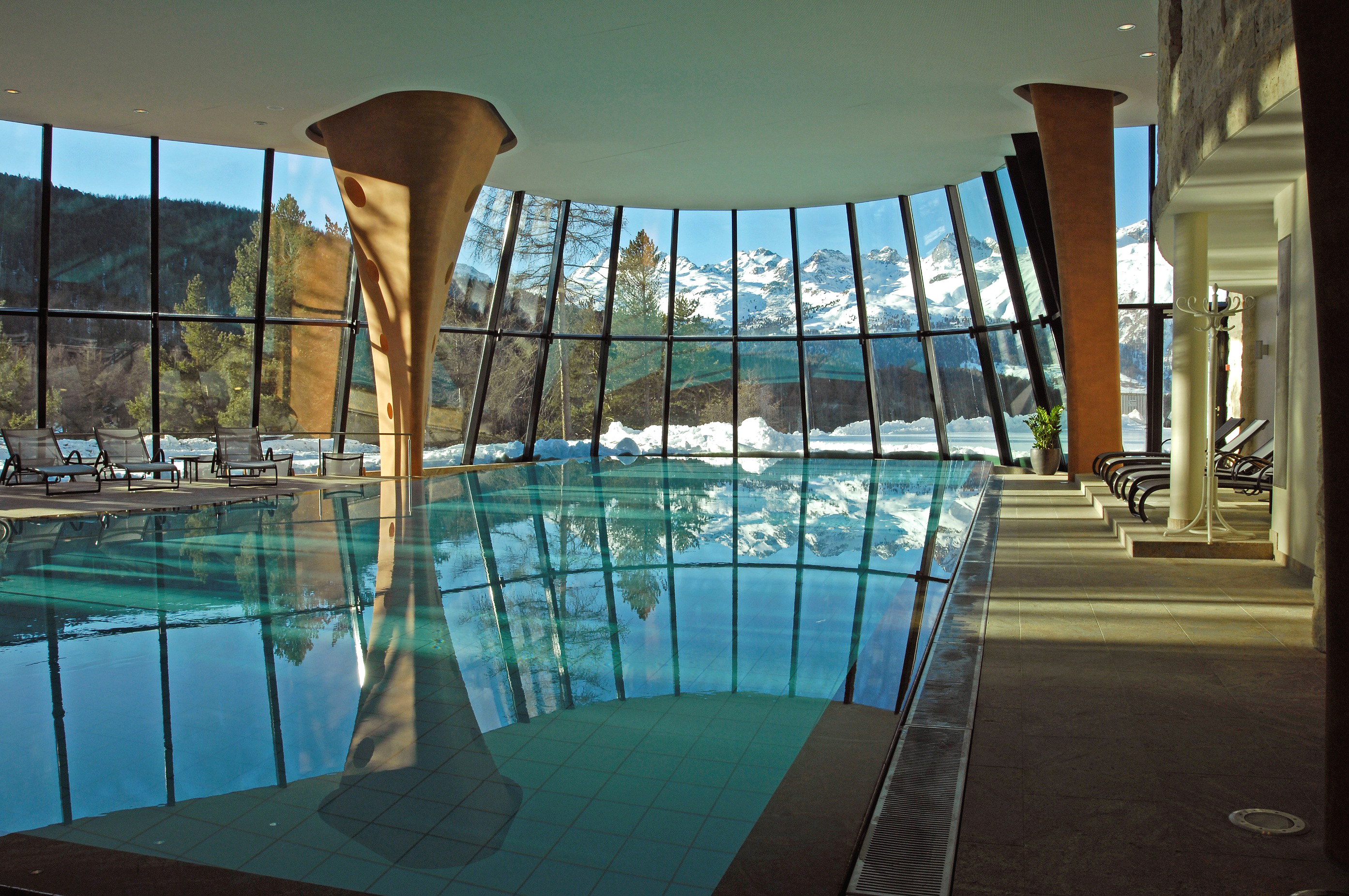 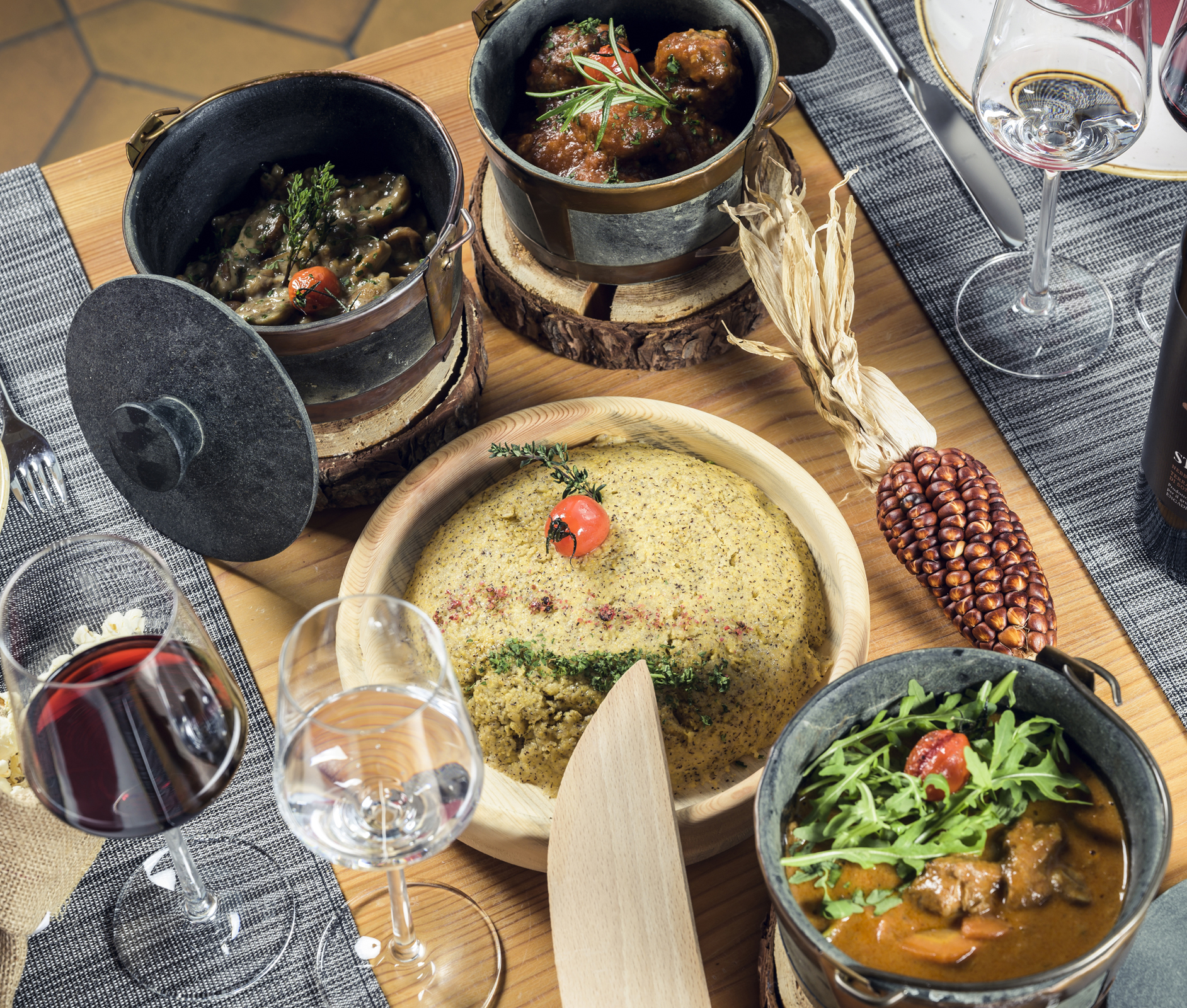 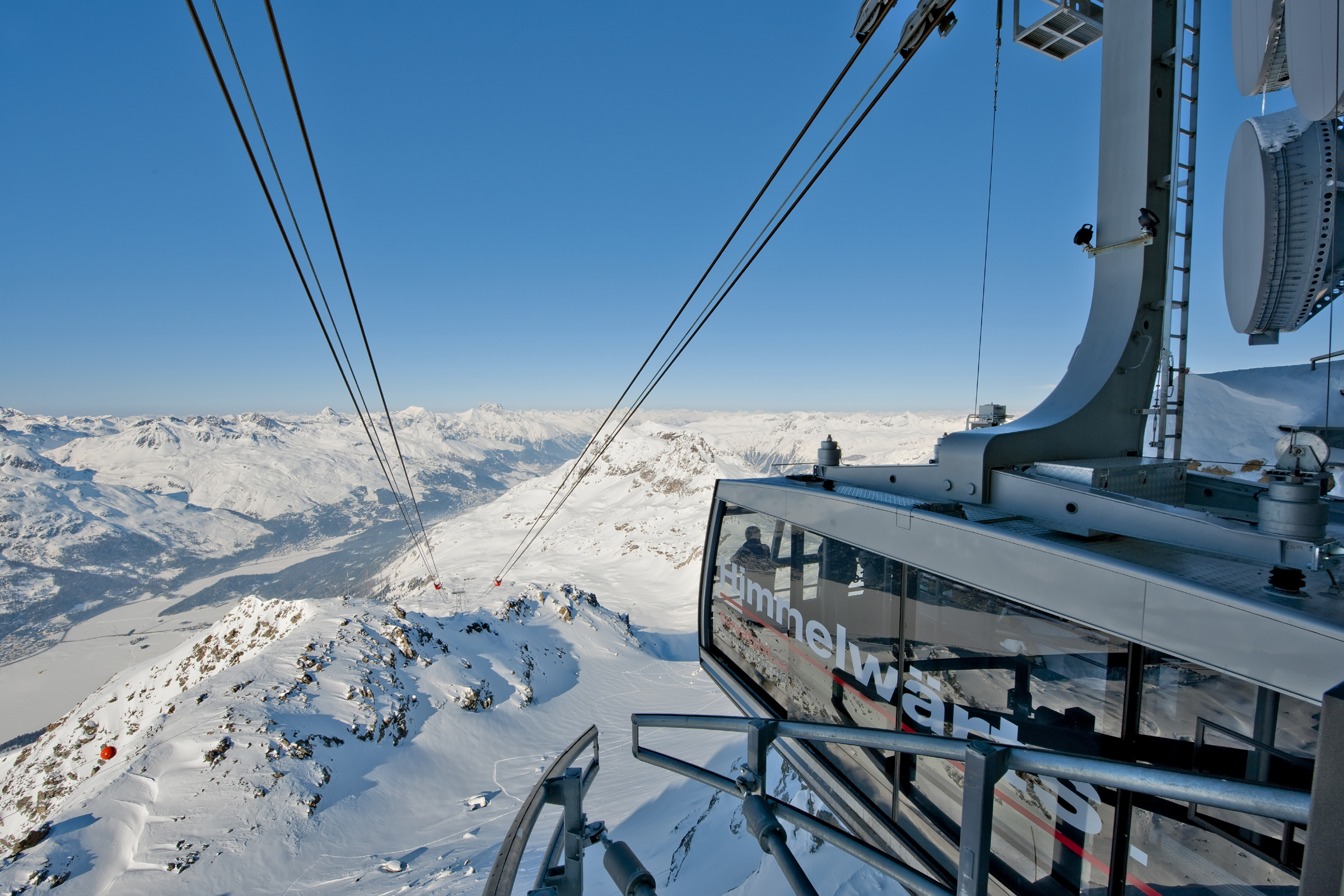 In search of traditional Swiss-style luxury, Rowena Marella-Daw found her perfect retreat in the remote Engadin mountain village of Pontresina

When the world is going mad, it’s time to escape somewhere that offers a sense of peace and calm, such as the placid village of Pontresina in the Bernina region’s Upper Engadin valley. Elevated 1,805 metres above sea level, Pontresina basks in warm sunshine while shielded from the winds by the Bernina mountain range, where the famous Piz Bernina, the highest peak in the Eastern Alps, soars 4,049 metres.

Pontresina’s close proximity to St. Moritz and the ski resorts of Diavolezza, Lagalb and Corvatsch makes it an ideal base for visitors who prefer a more laid-back setting after a day of skiing. There is plenty to explore here, starting with architectural gems evident in well-preserved Engandine farmhouses and buildings dating back to the 16th century. Made of thick stone walls, these sturdy dwellings feature funnel-shaped windows designed to let in more light and retain heat during winter. Geometric patterns embellishing the façade were created using Sgraffito, a technique requiring scraping the surface to expose an underlying layer of contrasting colour.

Just behind the high street is the Church of Santa Maria, listed under the Swiss Heritage Sites of National Significance for its collection of 13th-century frescoes depicting Byzantine-Romanesque style. Other registered historical landmarks include the Spaniola Tower and the Grand Hotel Kronenhof, Pontresina’s only five-star hotel.

An institution in its own right, Grand Hotel Kronenhof, originally the Rössli guesthouse, has been hosting guests since 1848. It had undergone several transformations under a succession of owners and survived the financial crisis following two World Wars, thanks to the Valtellina wines stocked in the cellar shop that provided a source of income when visitor numbers dwindled. And it wasn’t until neighbouring St. Moritz played host to the Olympic Winter Games in 1928 and 1948 that visitors started returning to Pontresina.

Kronenhof turned 170 in 2018, its resplendent past kept alive by original Neo-Baroque architecture and period features, notably a Belle Epoque chandelier and frescoes gracing the lobby lounge. The hotel’s last facelift in 2017 involved the redesign of 13 rooms and suites by French interior designer Pierre-Yves Rochon to create a lighter, contemporary vibe, although some suites in the main building still reflect the classic style of a bygone era. Old or new, they all share commanding views of Engadin peaks and the Roseg glacier.

In Switzerland it’s all about showcasing glorious alpine scenery, and Kronenhof’s spa achieves this with its glass-walled swimming pool. Even the fitness studio looks onto snow-capped mountains, delivering a truly therapeutic backdrop for guests taking yoga classes. A favourite spot is the relaxation grotto, a wonderfully relaxing low-lit circular pool designed to ensure you float effortlessly, and a Jacuzzi pool with various jets targeting different parts of the body.

Mountain settings work up the appetite, and so does Kronenstübli, the hotel’s gourmet restaurant. True to alpine traditions, the stone pine-panelled walls and ceilings create a rustic elegance, while the wood used for the parquet flooring originated from a century-old Pitch Pine salvaged from previous renovations. A menu featuring Italian-Mediterranean and French cuisine earned the restaurant 16 Gault Millau points for good reasons. My starter of crunchy deep-fried artichokes cushioned by buffalo ricotta, main dish of turbot with violet artichokes, followed by a dessert of tangy tangerine and Rooibos sorbet, were just a few tasty dishes, not to mention the restaurant’s speciality, Canard à la Presse.

Adjacent to the skating rink is Le Pavillon restaurant, where an alfresco lunch in early March came with plenty of sunshine, but cold enough for kids to glide on the rink while families gathered for a relaxing meal. Breakfast is served at the Grand Restaurant, where frescoed ceilings embellished with gold-gilded cornices transported me to an era when diners dressed up in their best attire, so it felt inappropriate to see guests, including myself, donning denims and trainers in such a glamorous setting. Times have changed indeed.

The main agenda for Kronenhof’s winter guests is skiing, and even a non-skier like myself couldn’t resist the opportunity to witness the action in Corvatsch. Resembling an underground carriage at rush hour, the gondola was jam-packed with skiers and snowboarders as it ascended to ski heaven, comprising 23 descents and 120km of groomed ski runs. I could only imagine the feeling of exhilaration as I watched skiers carving their way through powdery snow. By the time we reached the top, I was filled with ski envy.

Piz Corvatsch scales 3,451 metres (11,322ft), and the ski run’s pinnacle stands at 3,303 metres (10,837ft). From this height, glaciers resembled cake icing, peaks sharp as serrated Swiss knives, and the frozen lake below shimmered like satin. Taking the time to absorb this scenario is a luxury most skiers perhaps take for granted, and the thrill for me was to stand still and allow nature to work its magic.

Next to the viewing platform, the circular Corvatsch 3303 restaurant filled up quickly with ravenous skiers, and tables by the panoramic windows were snapped up in no time. Hearty fayre from neighbouring Italy made its way into local specialities, such as two types of Polenta: one from Ticino made with white cornmeal, and Polenta Taragna from Valtellina, a blend of buckwheat flour and cheese, served with meatballs in tomato sauce and vegetables, veal stew in cep mushroom sauce and rocket, as well as carrots, dates, figs and pine nuts. Washed down with Bernina beer, it was a truly satisfying feast.

On the journey back to Pontresina, I made a short detour St. Mortiz, which apart from being a world-renowned ski destination, is synonymous with the Cresta Run, a specialised type of tobogganing founded by a group of British gents back in the early 1870s while on holiday at the Kulm Hotel, Kronenhof’s sister hotel. The oldest toboggan run and the only one carved from natural ice, this dangerous amateur sport requires the rider to race down head first instead of feet first. When the St. Moritz Tobogganing Club (SMTC) was founded in 1887, it was an exclusive all-male private club comprising mainly of British military officers. Women had been banned from the sport since 1929 because it was deemed ‘too dangerous’. The ban was finally lifted in December 2018.

That day a Nigel Moores Memorial Race was in progress, its male participants donning period clothing and riding on old-style toboggans typical of the old days. I watched with trepidation as each rider speeded down the bumpy, slippery three-quarter-mile course with only a helmet as protection while manoeuvring around the notoriously dangerous Shuttlecock corner. Moving to another part of town, I found the bobsledding race to be a slightly less nerve-wracking spectacle amid cheers from enthusiastic crowds.

Back at the Kronenhof, it was bliss to wake up in a tranquil setting far from the crowds of St. Moritz. Knowing this hotel’s Engadin heritage is protected makes it a special place to unwind and reconnect with nature, hopefully for future generations to enjoy.

Winter room rates at Grand Hotel Kronenhof start from CHF565 for two people sharing on a half-board basis. Book online. All rates include a number of benefits (discounted ski passes, moonlit skiing, early-bird skiing, etc), which can be found here.