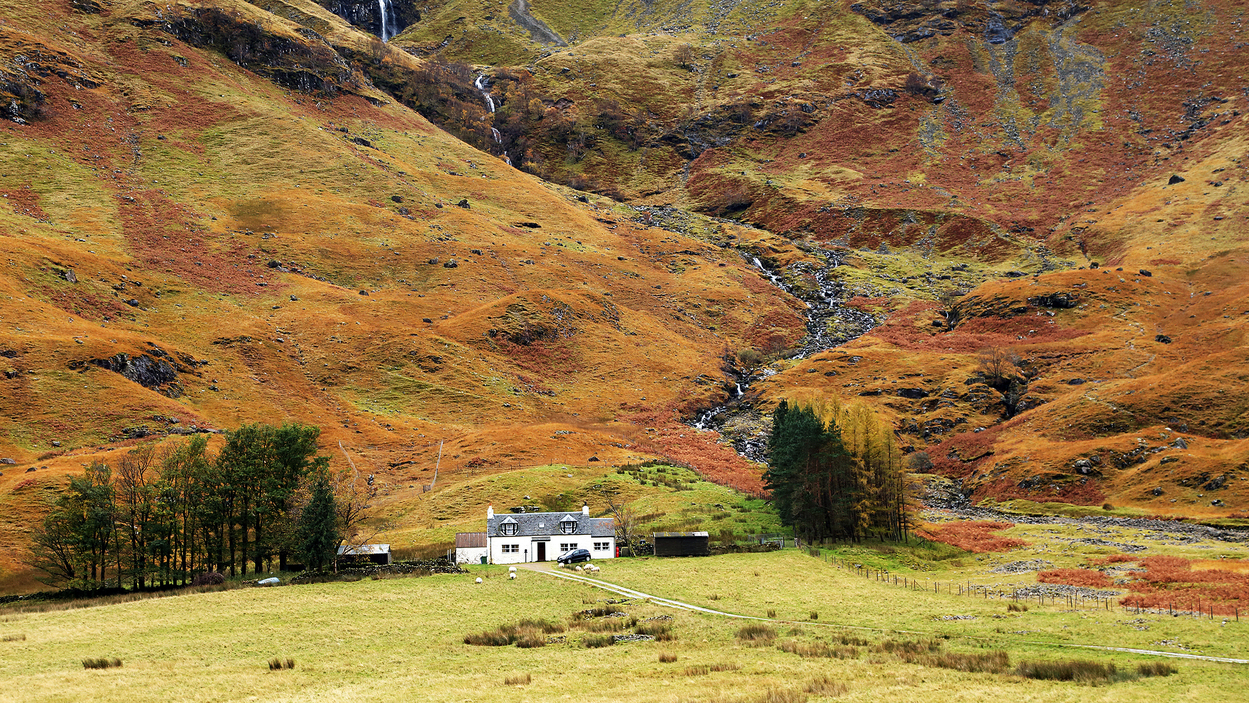 FOUR takes you on a journey on the North Coast 500 route, which loops around Scotland’s Highlands, to experience the country’s craggy coastline, dramatic skies, warming whiskies and local produce-focused cuisine.

Dancing from the historically rich city of Inverness to Scotland’s most northerly town, John O’Groats and hopping across to the Orkney Islands, the eastern part of the North Coast 500 route contours the country’s magnificent coastline. Traversing some of the most spectacular scenery in the UK, pass through luxury hotels and castles, and celebrate Scotland’s Year of Food and Drink at whiskey distilleries and restaurants along the way.

Working from the south up, start your journey in the capital of the Highlands, Inverness. Great for getting a taste for what’s to come, the city, which lies on the bank of the River Ness boasts some magnificent history within its Old Town, grand castle and cathedral. Head to The Mustard Seed where local seasonal produce is celebrated in modern European dishes. Once a disused church, the restaurant boasts a beautiful interior with natural and modern furnishings and a terrace with uninterrupted views of the river.

The first stops on route are, of course, two of the country’s finest whiskey distilleries where you can begin learning about the dram you’ll come to know and love. Before you reach the first distillery, Dalmore, you will cross the spectacular Moray Firth. Keep your eyes peeled for the bottleneck dolphins, harbour seals, porpoises and whales that live in the waters near the shore.

Driving just 20 miles, the Highlands will begin undulating gently and Cromarty Firth will appear. Sitting on the shore of the firth, Dalmore Distillery—built in 1839—produces traditional single malt whiskey revered by connoisseurs and experts alike. On the distillery tour you will find out about the fascinating history and craft of Dalmore’s whiskies. Matured in two types of wooden casks—American white ex-oak bourbon casks and aged sherry casks–the whiskies adopt either intense vanilla, spice, honey and tropical fruit flavours from the bourbon, or develop a deep copper colour and flavours of crushed almonds, cinnamon, ginger and citrus from the sherry.

Twenty minutes further north (for the dedicated non-drinking driver) will bring you to the secluded Balblair Distillery, one of Scotland’s oldest distilleries. Sitting on the south shore of Dornoch Firth, Balblair offers intimate visitor tours to give an exceptional insight into the world of producing their vintage Highland single malt Scotch whiskey, which they have been making since 1790. Using methods that have changed very little over the years, the tour gives you a chance to taste the flavours of the whiskies’ past. And at the end of the tour, pick up your own bottle from a hand selected cask to fill yourself, handwrite the label, fit the cork and seal and sign the ledger to take place in the distillery’s history.

Just across Dornoch Firth, rest your potentially whiskey-filled head at Skibo Castle. Home to the prestigious private Carnagie Club, as a member you are entitled to the castle’s five-star facilities, including its luxury hotel, golf course and hosted dinners. The castle, which dates back to 1211 has a wonderful story from being used in religious disputes to being residence to one of the world’s wealthiest men of the late 1800s, Andrew Carnagie. Today, the private castle welcomes some of the most prestigious guests, as well as non-members who express an interest in joining the club.

Rooms at Skibo are opulent and comfortable, with grand four-poster beds, high ceilings, rich colours and luxury furnishings. When you aren’t indulging in the rooms, exceptional cuisine, hosted dinners or state-of-the-art spa and pool, the Scottish estate offers trap and pheasant shooting, fishing, horse-riding, quad-biking and even falconry.

The Highland landscapes of the Dornoch area that Skibo Castle lies in is so beautiful that “heaven itself,” Carnegie declared, “is not so beautiful as Skibo.” Venture out of the estate’s grounds and head a little north to explore the stirring remote, sparsely populated landscape. Emerald shores and undisturbed gold sand beaches are occupied by an abundance of wildlife, notably breeding and wintering birds. Tours are available of the area, but wandering the coastline by foot may give you more of a sense of adventurous hedonism.

Only 13 miles away from Skibo Castle lies the next baronial castle to explore: Dunrobin. The most northerly and largest of Scotland’s great houses, Dunrobin has 189 rooms that date back to the early 1300s. Inspired by Queen Victoria’s Balmoral, the castle has been used as a naval hospital and boys’ boarding school, but is now one of the country’s prized charms. Wander the corridors and vast rooms, or head outside to the gardens and grounds to enjoy the spectacular views of the Highland rivers, snow-capped peaks, red deer and sandy beaches.

Hopping back on the coastal trail, get ready for a spectacular drive to The Inn at John O’Groats. Heading north for over an hour, this route contours the golden beaches and stormy seas, through quaint traditional villages with whitewashed cottages ocean vistas and past purple fields of heather and forests.

As part of Natural Retreats’ multi-million pound regeneration of the spectacular area, The Inn at John O’Groats reopened in 2013 to a showering of excitement. Highlighting the outstanding views over what locals deem ‘the end of the world’, the interior combines minimal, chic décor with pale wood and cool colours. Choose from self-catering apartments or luxury lodges as your base to embark on the incredible array of activities, from sea or loch fishing to visiting the Castle of Mey—the late Queen Mother’s spectacular holiday home—and the Old Pulteney Distillery.

Old Pulteney lies in the historic harbour of Wick, just 15-20 minutes south of John O’Groats, and is one of the most northerly distilleries in mainland Scotland. Using traditional methods for nearly two centuries, the distillery celebrates the craft of malt whiskey, which you can experience on the master class tour. He will take you through the exceptional history of the distillery, followed by a tasting of five hand-selected Old Pulteney whiskies.

Once your time at John O’Groats’ comes to an end, jump on a ferry to Orkney, comprised of an archipelago of around 70 islands and skerries. White sand beaches lie between turquoise waters and lush land; rugged cliffs plunge into rough seas; quaint villages interrupt mountainous moorlands. Unspoilt, the landscapes are almost magical and are home to an incredible assortment of wildlife and archaeological sites that date back over 5,500 years. Among the UNESCO World Heritage Site highlight include the stone circles of Ring of Brodgar, Maeshowe chamber tomb and the Neolithic settlement of Skara Brae.

When it comes to Orkney’s food, the islands’ produce is remarkable, from a glut of seafood including lobsters, oysters and razor clams, to prized meat like the North Ronaldsay sheep who feed mainly on seaweed, and seasonal and organic vegetables. Kirkwall town has a particularly great monthly farmers market where stalls line the streets with local products. There really are no excuses when it comes to celebrating the year of food and drink on the Orkney Islands.

With such a plethora of places to discover, food to eat and new experiences to encounter on Orkney, it can be hard to pry yourself away from the archipelago. However, back on the mainland there is a lot more to discover if you have time. Make your way to Scrabster by ferry, where you can continue your hedonistic Highland adventure and push westwards to Cocoa Mountain, where you can enjoy some locally made chocolates in the mountains, and continue back down the west coast. As The Proclaimers said, “I would walk 500 miles and I would walk 500 more, just to be the man who walked 1,000 miles to fall down at your door,” Scotland.