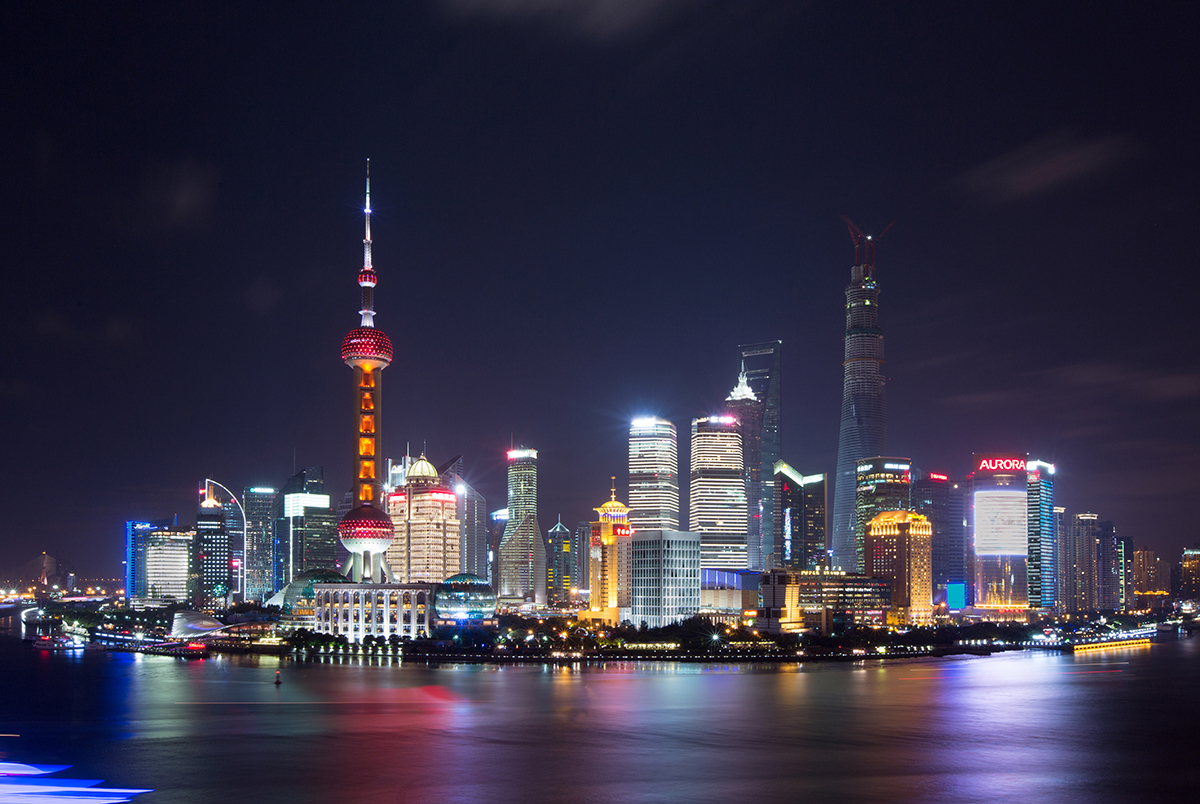 They twirled across the parquet dance floor, a waltzingstream of smart suits and sashaying dresses. From up highon the Cin Cin balcony, once home to Joseph Ullstein’s
orchestra, the sounds of the jazz quintet drifted downwards;a mellifluous mix of trumpets and saxophones that washedover the gentle chinks of china of those enjoying afternoontea. They sipped mocktails of lemongrass and fresh mint, nibbled oncrumbly cookies and baby pink macarons and devoured the blue craband mango tiramisu.

Here, in the Jasmine Lounge, deep within Shanghai’s historic FairmontPeace Hotel, the 1930s live on. Once an important social engagementduring the city’s colonial era, the weekly Tea Dance, held every Saturday,was abandoned as war and communism took hold. It was reintroducedearlier this year, much to the delight of many. “We had an elderly couple intheir 90s here recently,” my server tells me, while delivering a silver tieredtea stand filled with buttermilk scones and fruit tartlets. “It was their firsttime back in China after fleeing in 1949. They wiped away the tears anddanced all afternoon. It was very emotional.”

Glimpses of bygone traditions are reassuring in a place as fast movingas Shanghai, a city of space-age skyscrapers and neon-lit avenues.Beyond its modern façade, however, history stands at the foundations.The Bund—the art deco promenade on the western banks of theHuangpu River—remains the central focal point. Many of the heritagebuildings, built by wealthy Europeans in the early 20th century, now housemodern establishments—hotels, trendy restaurants and bars that cater for21st century tastes.

Chief among them is M on the Bund, the first restaurant along thishistoric strip. Located on the top floor of the Nissin Shipping Building, whichtook shape in 1921, chef Hamish Pollitt has created a menu that blendsEuropean-inspired dishes with Chinese ingredients. Try the ravioli filledwith smoked ricotta, served with sautéed Yunnan mushrooms washeddown with a chardonnay from the Tasya Reserve in Shanxi Province.When it comes to accommodation, the obvious choice is the Fairmont’ssplendid Peace Hotel, filled with white Italian marble and famed for theOld Jazz Band that play nightly. The property has welcomed the world’sglitterati and literati since 1929 (Charlie Chaplin stayed in room 568) andmany regard it as the jewel of the Bund.

Another option is The Waterhouse at South Bund. Boasting artworkby Tracey Emin, this minimalist hotel is housed in a 1930s warehouseand has just 19 contemporary and design-led suites. The rooftop barwith views of Pudong is an added bonus.

The Waterhouse at South Bund is also the home of British chef JasonAtherton’s Shanghai outpost, with his restaurant Table No. 1. Futuristic Pudong is an area that divides opinion. Rising from the landthat 20 years ago was nothing but marshes and farms are the tallest ofskyscrapers: glass beacons that symbolise China’s growing power andmight. Among the high-rises is the Shanghai World Financial Centre,occupied partly by the Park Hyatt Hotel. Not only a heavenly place tostay, with 174 luxurious rooms and a 20-metre infinity pool high up in theclouds, it’s also a wonderful spot for non-guests to wine and dine. Thededicated Chinese menu at the 100 Century Avenue restaurant includesa Shanghai seafood soup and tiger prawn dumplings with sea urchins—local delicacies enjoyed alongside twinkling and unrivalled views of thecity some 90 floors below.

Ying to Pudong’s yang, purists may prefer the temples and teahousesof the Old Town neighbourhood, located back across the river near TheBund. Despite the crowds that descend on the pretty Ming DynastyYuyuan Garden (go early to avoid the masses), the area retains anostalgic feeling of yesteryear.

Nearby is the Taoist Temple of the Old City God, adorned with redlanterns and wooden carvings. Down the road, squeezed in among thehandicraft stands, is the Old Shanghai Teahouse (385 Fangbang Rd).Choose from 23 varieties of homegrown leaves, from Jiangsu provincegreen tea to ‘sentimental’ jasmine, surrounded by dusty old antiquesand domino-playing locals.

Arguably the most charming of Shanghai’s neighbourhoods is theFrench Concession, with its long streets lined with cafes, galleries,boutiques and London plane trees. Take a stroll down Changle Road forChinese-style qipao dresses from Hanyi at No.217 and contemporarythreads by young local designers at nearby Dong Liang (184 FuminRoad). Alternatively, browse the thought-provoking Art Labor gallery,which displays pieces pondering Shanghai’s evolving identity.Restore flagging energy levels with some seriously delicious dumplings.You’ll find some of the best dim sum in all of Shanghai in the FrenchConcession. Harbin Dumpling House (645 Jianguo Xi Lu) may be no-frillsbut their juicy xiaolongbao pork dumplings, dipped in vinegar pouredfrom chipped white teapots, are considered among the best in town.

At the very other end of the culinary spectrum is Ultraviolet,Shanghai’s most revolutionary dining experience: one that ‘unitesfood with multi-sensorial technologies’. The fun takes place in anundisclosed location (diners are picked upand dropped off) and involves 20 themedcourses. For the ‘Ocean Scene’, Frenchchef Paul Pairet serves oysters and crab withwhisky and iced tea alongside the sound ofcrashing waves and the smell of seaweedand vaporised salt water. But with a waitinglist of more than three months and one tableseating just 10, advance reservations areessential.

To the west is Jing An, fast emerging as adistrict to lure travellers away from the river. Thestar attraction is the gilded and teak Jing’anTemple, the original of which dates back to247AD. Inside stands a striking Buddha statuemade from 15 tonnes of silver.

Designs of a more contemporary natureawait at M50, a growing art complex consistingof dozens of galleries, working studios andcafes in converted redbrick cotton mills. It’s afascinating place to while away an afternoon,browsing the ceramics and discovering risingChinese artisans.

At the entrance of the 229-room hotelare seven antique pillars with the heads oflions carved into the sturdy stone columns,a tradition that goes back to the days of the
Tang Dynasty.

Shanghai may represent all that’s big and boldabout China in the 21st century but it’s nice tosee that traditions continue to run deep.