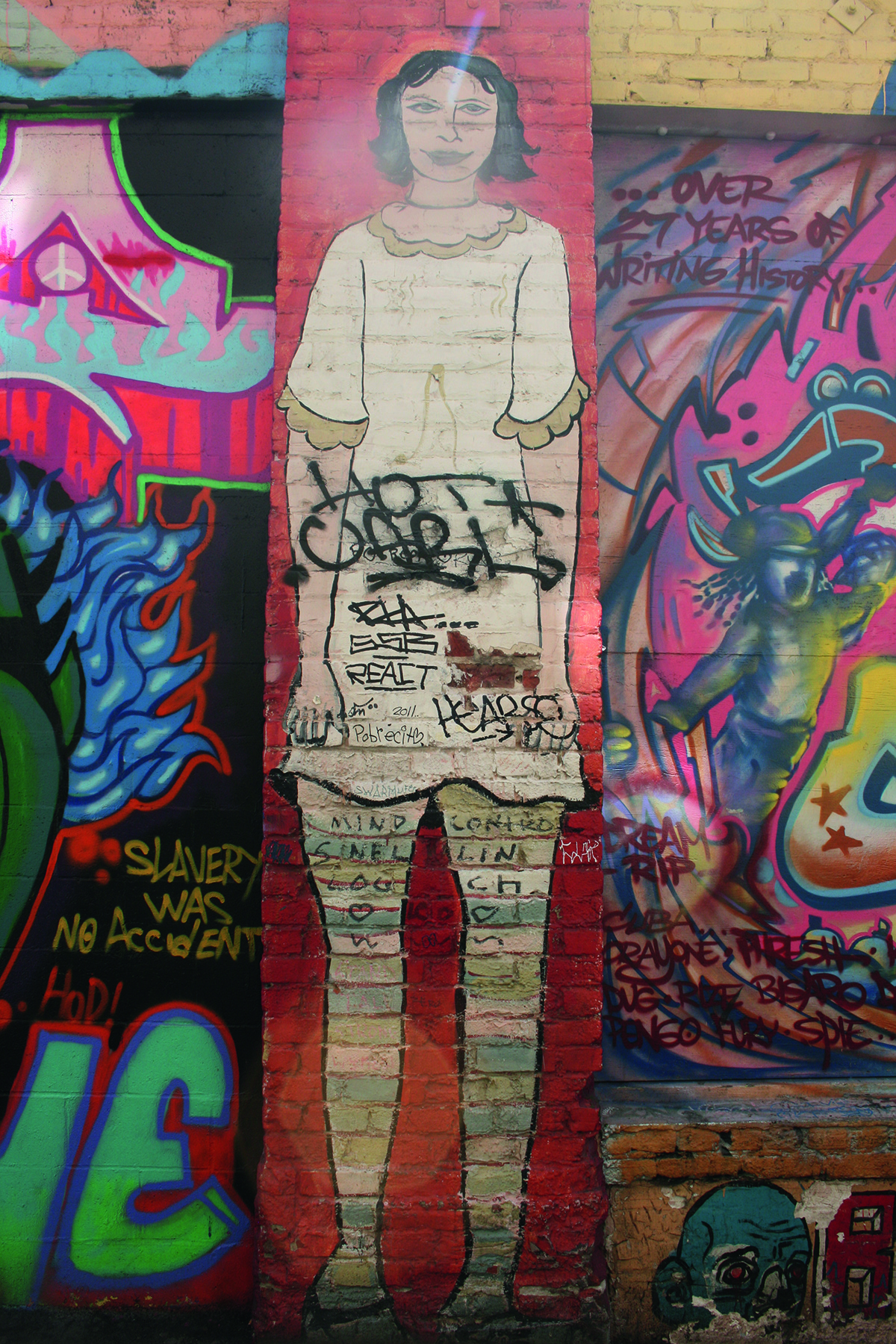 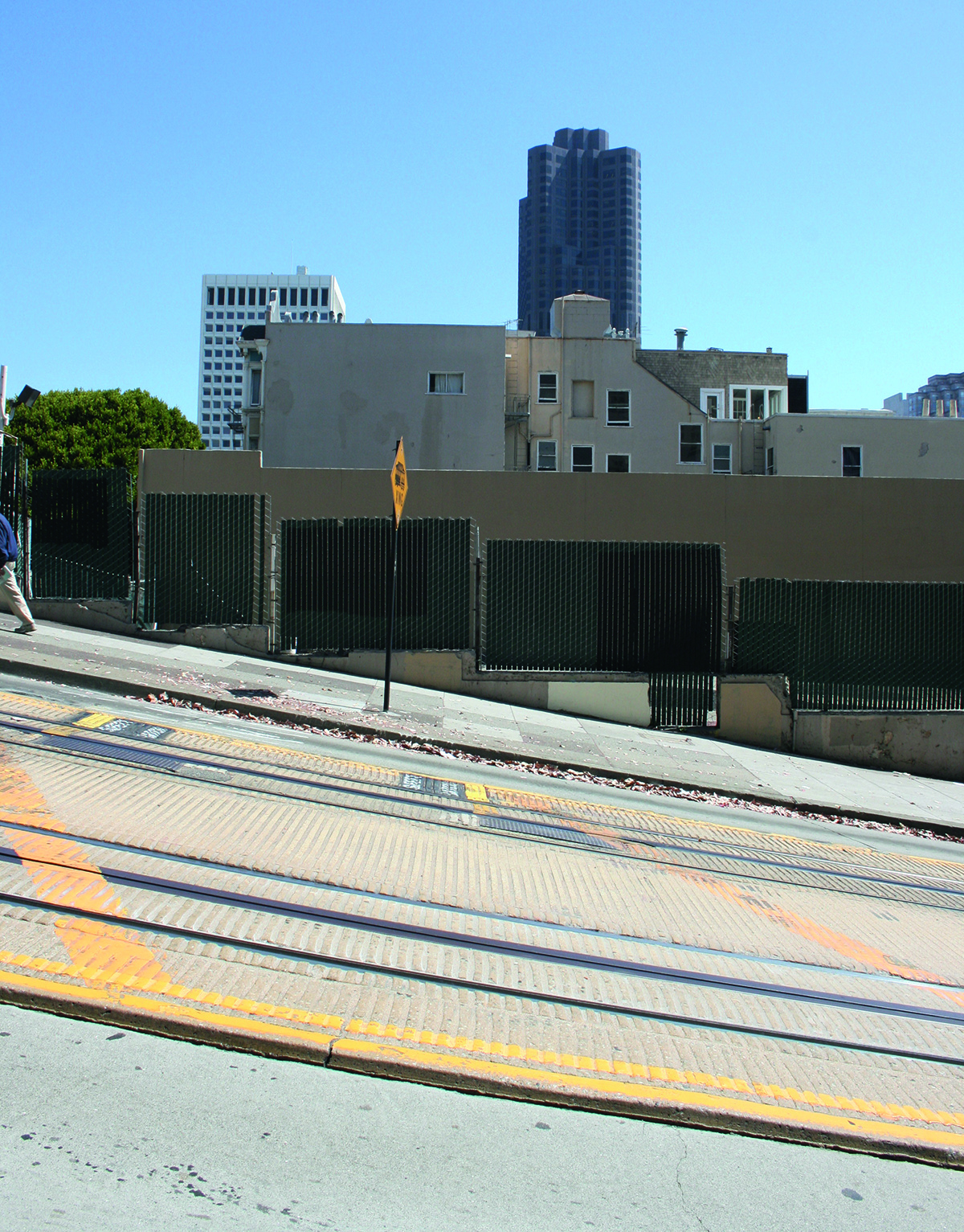 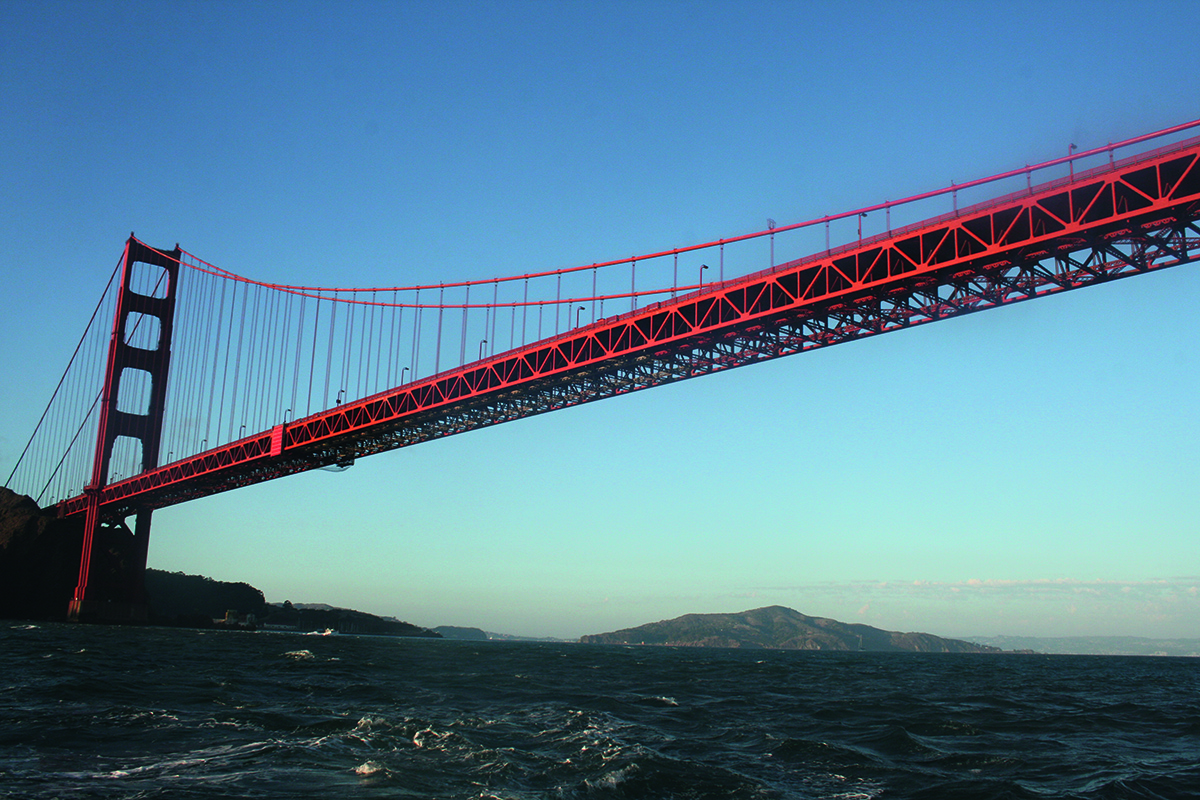 At the vanguard of California’s local food movement, San Francisco’s transition from hippie to foodie haven is complete…

The Golden Gate City is leading the way in California’s culinary renaissance. Filled with artisan producers and a diverse range of chefs who are just dying to share their craft, the city’s mix of culturally diverse cuisine puts it up there as one of North America’s top foodie cities.

Start your journey across the city with a morning espresso at Blue Bottle Coffee at the Ferry Building Marketplace, down by the waterfront. Away from Pier 39 and its over-priced, under-flavoured food, the Ferry Building Marketplace is home to over 50 producers and purveyors of artisan food and wine. Locals flock hereon Saturdaymornings to stock up for their weekend dinner parties and treats for the week ahead.

Ferry Building Marketplace is also home to kitchenware stalls, including Sur La Table, selling tools to aid your technique in the kitchen, plus an abundance of cafes and restaurants. Sample the offerings as your nose guides you around, stopping off at Cowgirl Creamery’s Artisan Cheese Shop, Hog Island Oyster Company, Boulette’s Larder and Scharffen Berger Chocolate Maker.

After you’ve had your fill at the Ferry Building, head to Fillmore Street for some retail therapy. Offering a fantastic fix of independent and designer boutiques and unique finds, art galleries and antique shops, plus a scattering of coffee shops, bakeries and restaurants, Fillmore Street is a cosmopolitan mix of San Francisco’s finest.

Stock up on delicious lemon brioche, Cannelés de Bordeaux or a freshly made croissant at La Boulange Bakery or sip on a mimosa with a late lunch at The Grove.

For a neighbourhood with a completely different personality but an equally hip and laidback vibe, take a cab ride to Mission. Experience the mesmersing street art of Clarion Alley, where artists are given free reign to create their own unique take on the world. The area also boasts a varied selection of location restaurants, bars and independent boutiques.

One of the biggest trends sweeping North America is the food truck movement. Food trucks, from pit stops to burger vans outside of football stadiums, have been around for many years, but the difference is the quality of the food on offer. From slow cooked Peruvian pork and Filipino silog to Vietnamese street food and the Bay Area’s first mobile cupcake truck, Off the Grid is the big food craze in San Francisco.

The idea is simple – a gathering of gourmet food trucks – 35 and counting – assemble most days in a publicised location within the city, usually Fort Mason Center. Each truck offers something different, serving locals and the visiting gourmand with a mix of world cuisine to a backdrop of live music, washed down with locally brewed ales, smoothies and for those who have saved the best to last, a homemade vanilla crème brûlée.

At the other end of the scale in style, technique and price is Coi. A northern Californian restaurant with its roots firmly planted in the local food movement. Chef Daniel Patterson, who favours plant-based ingredients, offers a ten-course tasting menu ($165) with the option to have each course paired with wine ($105). Patterson’s hard work is paying off and he was recently awarded his second Michelin star.

For a real treat and impeccable service there is only one place to sleep in San Francisco; The Ritz Carlton. Perched on Stockton Street in the exclusive neighbourhood of Nob Hill, Ritz Carlton San Francisco is a luxurious city retreat, offering spacious rooms, an indulgent spa and Parallel 37, a Michelin-ambitious Californian restaurant. Check into a suite on the Club Lounge floor on level eight for access to an endless supply of complimentary macarons, lattes, juices, an array of hot and cold food, plus wine and a selection of other soft and alcoholic drinks.

If you manage to tear yourself away from the Club Lounge, make a reservation at Parallel 37. Inspired by the geographical latitude running near the San Francisco Bay area, Parallel 37 runs through the heart of one of the richest food and wine centres in the world.

The kitchen is led by chef Ron Siegel, who handpicks produce from in and around the Bay area, while chief mixologist Camber Lay handcrafts cocktails made with seasonal ingredients.

A trip to the San Francisco Bay Area would not be complete without a stay in Marin County, the district across the Golden Gate Bridge from the city. As an indication of the level of wealth across the bridge, a property recently sold for $65million.

Fort Baker, a former military base, is a private enclave on the shore of the bay and home to the five-star Cavallo Point Lodge, offering some of the best panoramic views of San Francisco’s skyline and the Golden Gate Bridge.

The turn-of-the-century officer’s quarters were thoughtfully restored in 2008, with the addition of newly built guest rooms and suites, each one with views of the bridge.

The hotel’s spa offers a heated outdoor pool and Jacuzzi, while guided tours around the grounds, complimentary yoga sessions and cooking classes under the direction of chef Jayne Reichert offer plenty for guests to do, a more relaxing alternative to the city.

Awarded a Michelin star in its first year and retained until 2012, Murray Circle restaurant is a top destination on the Bay Area’s culinary trail.

Executive chef Justin Everett taps into Marin Bay for ingredients and inspiration, while Gillian Ballance is the well-respected wine director, having spent 15 years in fine-dining, from Santa Barbara to New York.

Finish your stay in Marin Country with an afternoon spent in Sausalito, two miles from Cavallo Point Lodge. Sausalito has long been associated with art, famous for its many studios and galleries where visitors can invest in and admire fine and contemporary pieces. It also has a good selection of Italian-inspired and seafood restaurants, while the waterfront provides a last chance to gaze across at the city’s
skyline.

Find out more about #FOURUSA here…

Celebrated chef Isaac McHale of the award-winning Clove Club restaurant, London, will be heading out to Napa to join Christopher Kostow for the ‘Twelve days of Christmas’, FOUR catches up with him ahead of the charity event to see what’s in store…

This delicious recipe from chef Joshua Schwartz of Del Dotto Vineyards in St. Helena, CA. is a spin on a classic French scallop preparation and enhanced with black truffles…yum!

Chef David Kinch and partner Andrew Burnham announce the opening of The Bywater, a New Orleans eatery in Northern California.