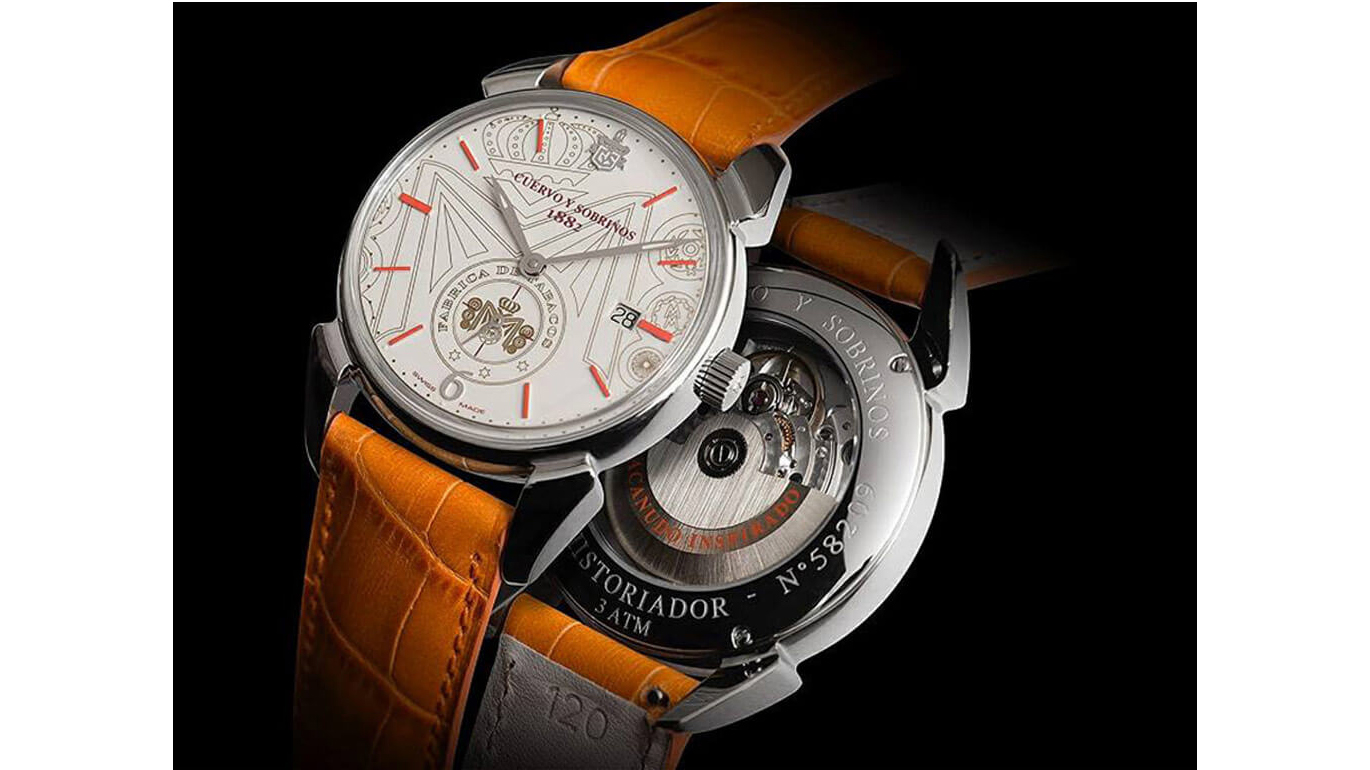 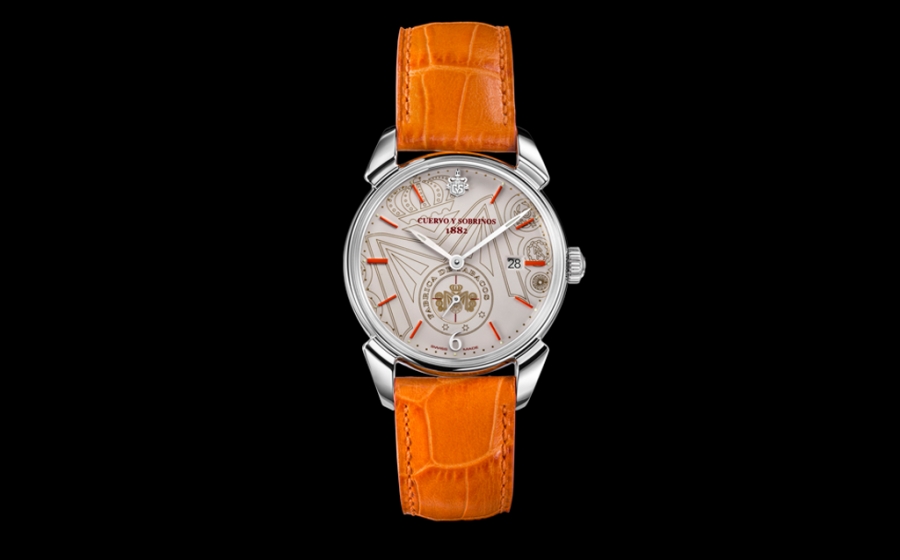 The two luxury brands have drawn inspiration from their heritage, to collaborate on the new, exclusive limited edition watches…

In the Cigar Macanudo Shop in Copenhagen, the representatives of Cuervo y Sobrinos and Macanudo, revealed the fruit of their collaboration: a limited-series watch realised in Cuervo y Sobrinos’ atelier and bearer of traditional colours of cigar producer Macanudo.

This luxury watch, produced in Switzerland, has the «M» of Macanudo impressed on its dial, a forward-looking modernised logo and warm orange and beige dominating the design, all echo Inspirado. Each watch is presented in a unique box: an authentic humidor made of cedar wood.

Only 50 pieces will be produced and exclusively sold in Macanudo boutiques of New York, Amsterdam and Copenhagen.

“We are profoundly enthusiast about this collaboration with such a well-known brand between cigars’ lovers”, proudly affirms Maria Luisa Giannini, Cuervo y Sobrinos’ Managing Director. “Cuervo y Sobrinos was founded in Cuba in 1882, initially as jewellery manufacturer. Only few years later, watches have become the heart of the business. Today, we are appreciated by the most demanding watches’ amateurs.”

The two partners warmly saluted Mr Marko Bilic, founder of Cigar Smoking World Championship, who also was in Copenhagen and strongly promoted their rapprochement for this project. A quite logical guild, as the official cigar of the competition is Macanudo, while the timekeeper of the tournament is Cuervo y Sobrinos.

Cuervo y Sobrinos, who celebrated its 135 years in 2017, was founded in 1882 in La Habana (Cuba). Its manufacturing site is in Switzerland.

Macanudo Inspirado, the range of Macanudo Inspirado was first launched in 2014, and in 2016 it was introduced in the US. Developed for the international palette, it embodies a fresh impetus of the brand, with its assembly being done in the factories in Dominican Republic & Honduras for a dynamic, curious and enlightened public.