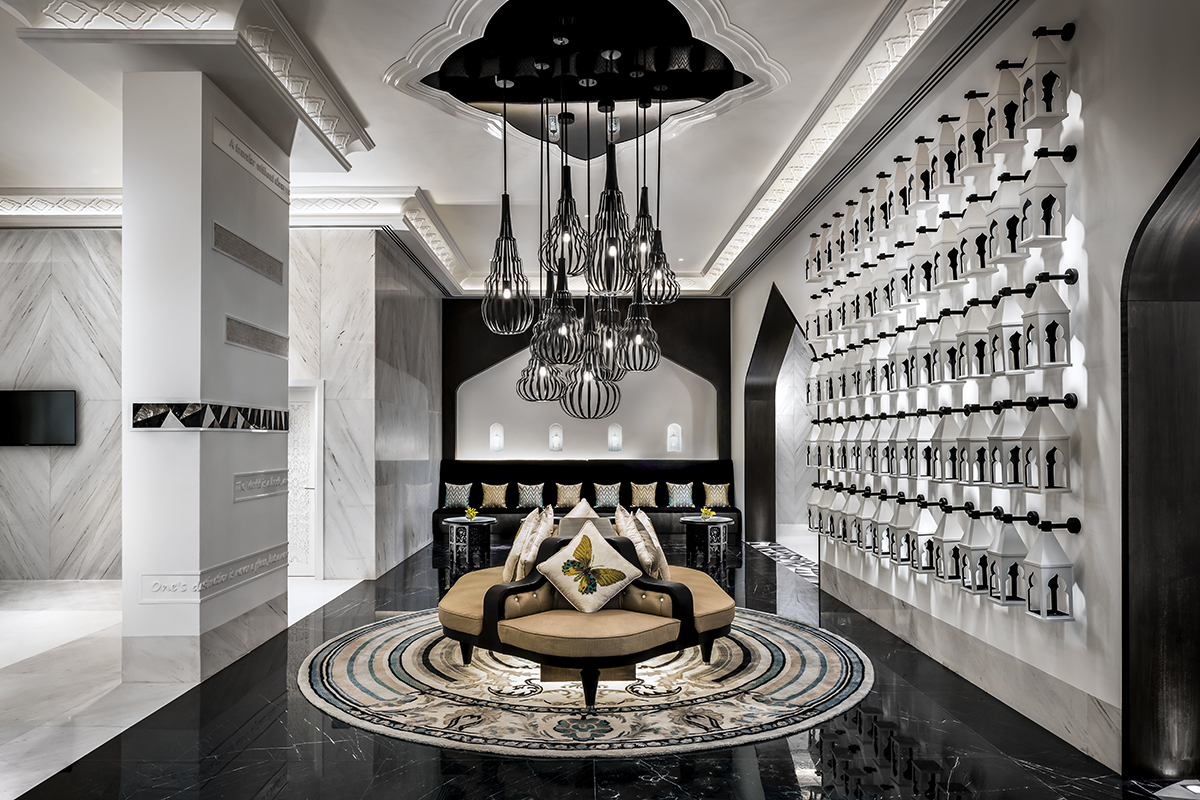 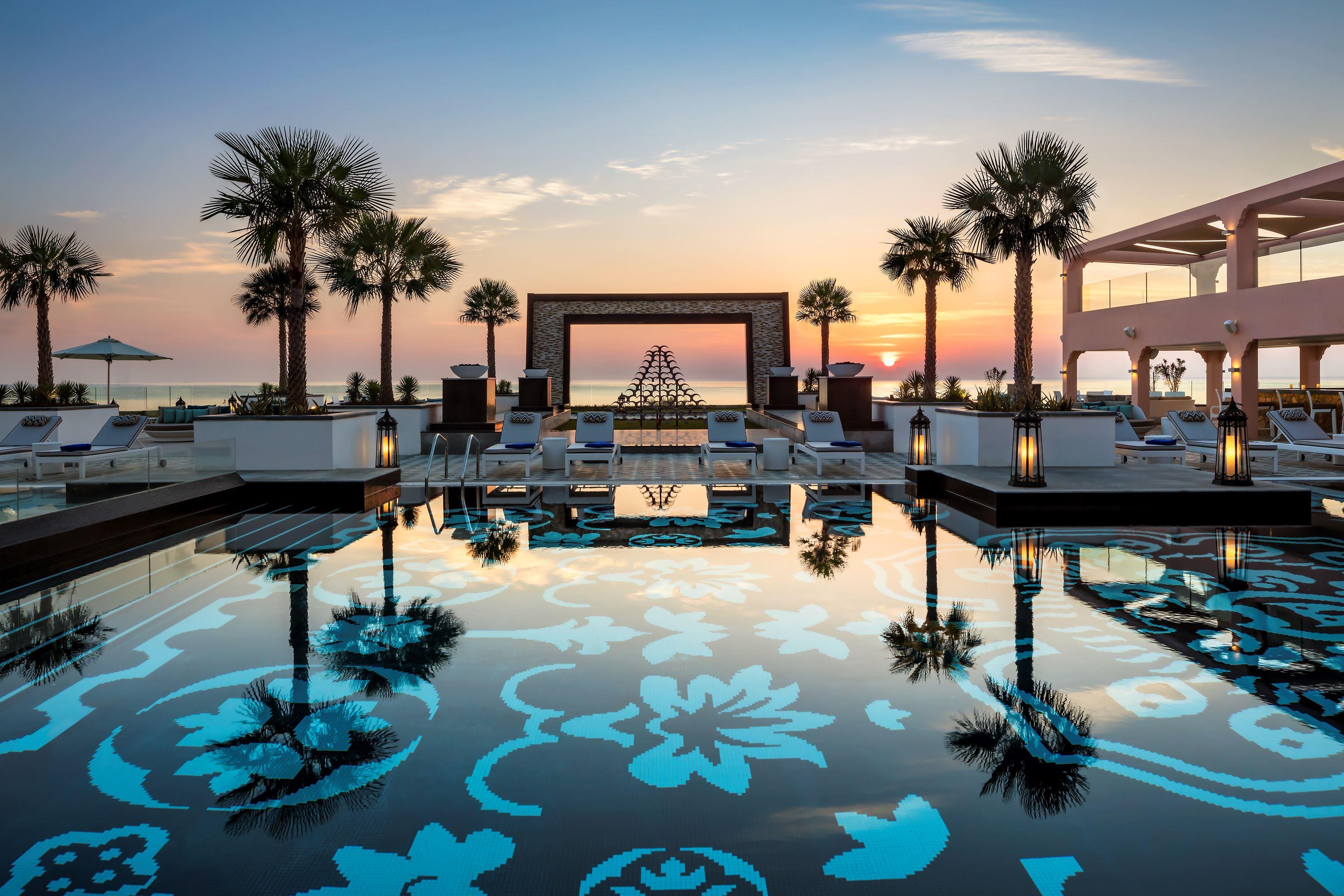 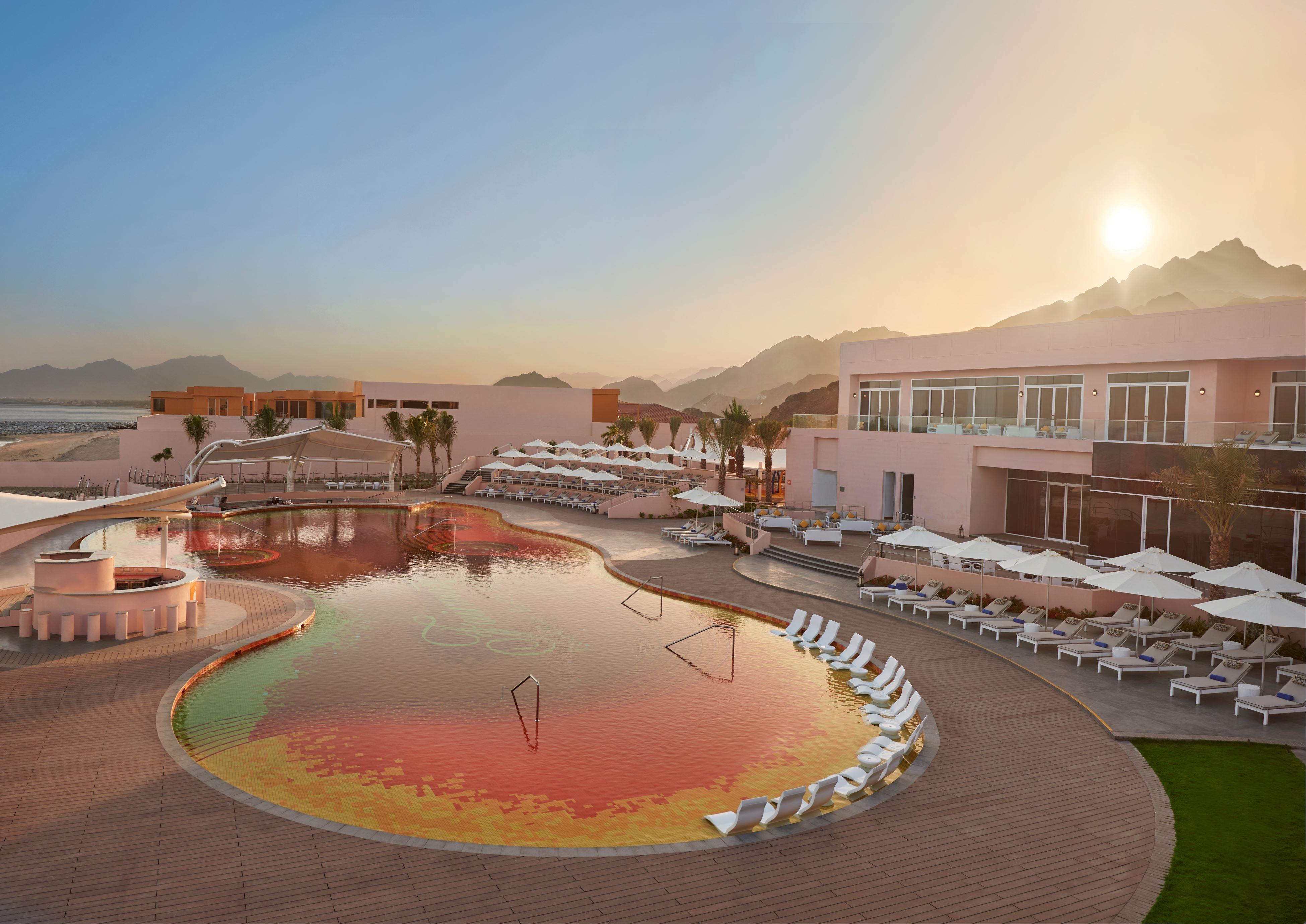 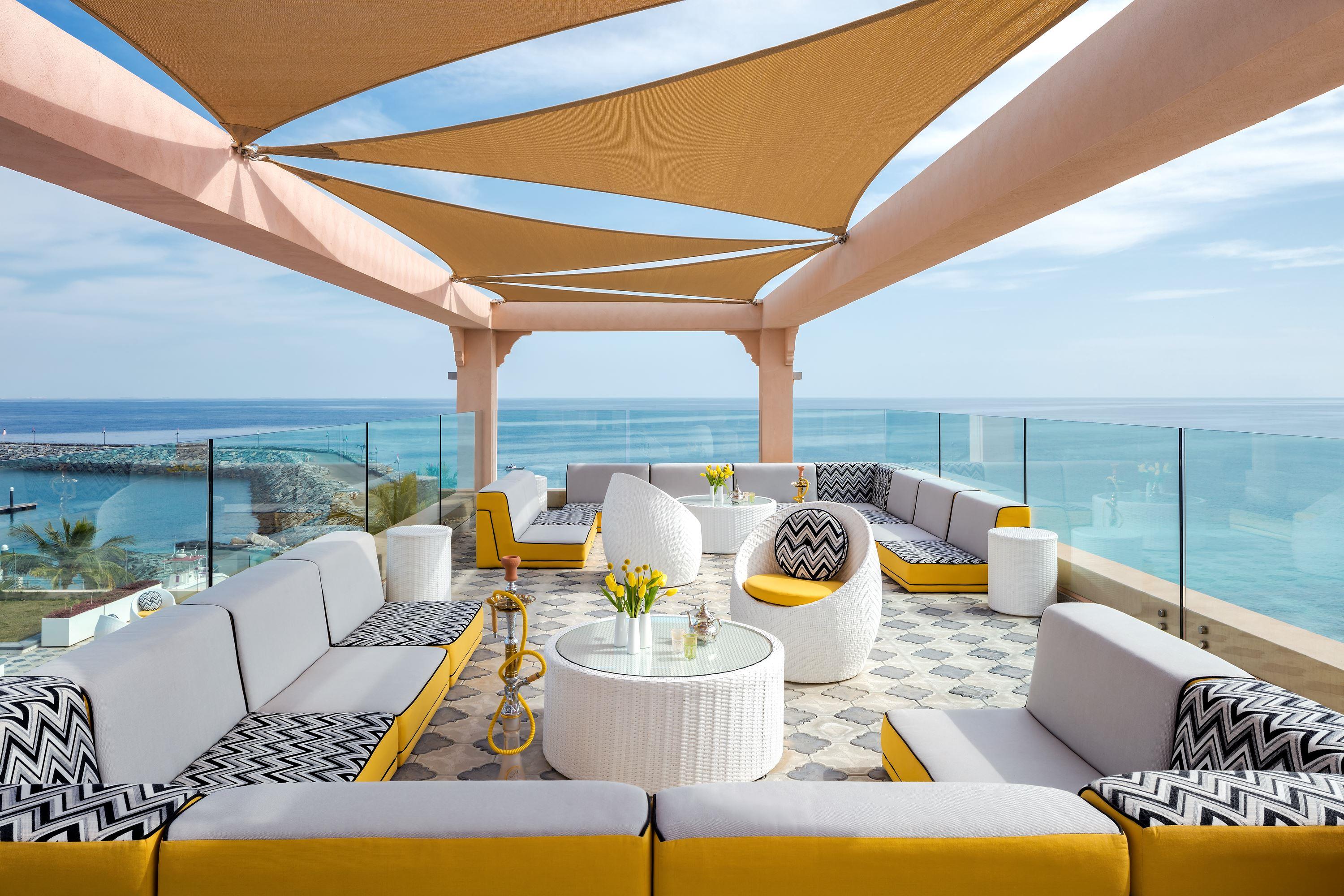 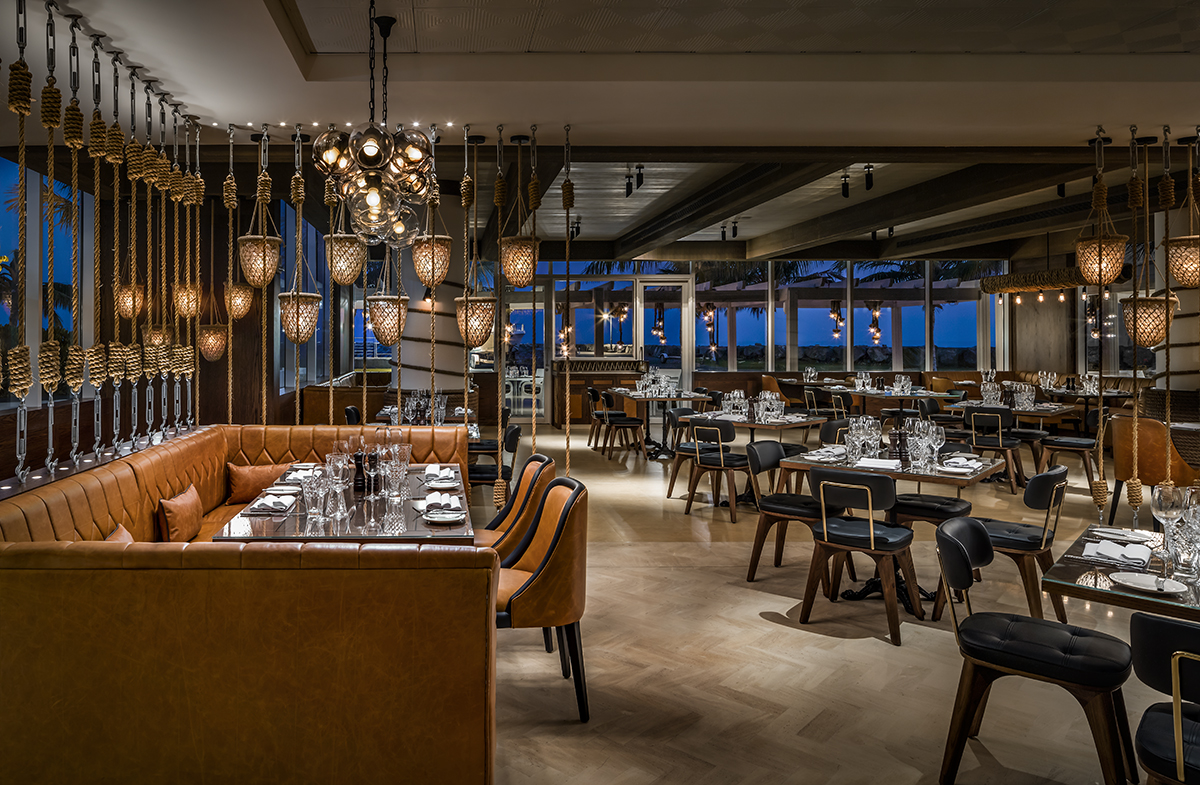 Exploring the north shores of UAE

With the week winding to a welcome end, an inebriating sense of relaxation and leisure, combined with fun filled vibes, are slowly but surely sweeping through our offices. Colleagues, who are looking to satisfy their yearn for some sun-soaked and alcohol-infused fun are eagerly discussing which luxury hotel pool or beach club, will be host to their almost mandatory and quintessential Dubai style-brunch.

I’m in a different frame of mind however, as I choose to trade the swelteringly hot and concrete-laden city for the breezy, remote and untouched shores of Dibba, a town located just under two hours away from Dubai in the neighbouring Emirate of Fujairah. Here, wedged between the rugged, sandy coastline of the Indian Ocean and the craggy peaks and swerving valleys of the mountainous regions of Al Hajar, can be found the latest addition to the expanding collection of AccorHotels in the United Arab Emirates. As I drive West, the sun, which by has taken the tone of a blood orange, is gently setting upon the infamous skyline of Dubai is a true sight to behold. Surrounded by desert dunes of different shades of pink, I am engulfed by a sudden sense of escapism coalesced with one of excitement, as I aspire to lazy days by the Fairmont’s Fujairah Beach Resort’s iconic IAMMAI Infinity Lounge and Pool.

Shortly after I leave the car with the valet, I eagerly make my way into the lobby of the hotel, immediately captured by the dazzling beauty of its interior design. Stacked Berber carpets of different colours and patterns make up the base of the lobby’s two reception desks, with an additional two suspended neatly behind the smiling and welcoming members of staff. Black and white geometric patterns sculpted at the heart of the marble flooring, combined with an aesthetically pleasing false ceiling and arches befitting of the bustling souk of Marrakesh, help instil a sense of soothing grace and elegance – akin to some of the region’s most luxurious properties. Moreover, this unique space, where guests can be seen chatting away on the inviting Majlis style-seats that flank each side of the room, is tied together wonderfully by a collection of softly lit, artful and steel made structures that are made to look like a typical Arabic vase. Not only do these give the room a sprightly feel, they also help maintain a contemporary edge whilst retaining an Arabian spirit, fundamental to the properties’ identity.

As I navigate my way out of the gorgeous and mesmerizing lobby, following a seamless and speedy check-in, I notice on one of the walls a selection of, inspirational and thought-provoking travel quotes which to me highlight the hotel’s bold and adventurous character. I am now but a mere lift ride away from being introduced to my little cocoon of Arabian luxury. As I open the door to what will be my quarters for the next 48 hours, I am dazzled by the views from the balcony, overlooking a quaint marina and the infinite azure of the serene Gulf of Oman. The style of the room is very much in keeping with the rest of the hotel’s décor, typified by the contrast of two opposite colours: the dark wooded detailing on the one hand, and the pure whiteness of the bathroom on the other. Whilst the bathroom is its own entity, a beautifully carved wooden flap opens inviting one to peak onto the Indian Ocean whilst taking a bath. Pure bliss.

My first meal at this beautiful and stylish property takes me to the recently opened Lava Beach Club, which I have been dying to lay eyes on since seeing its lava themed pool on various blogs and magazines. Thursday evenings are based around the idea of having “Dupper”, consisting of an original mix of supper and dinner combined. “Dupper” offers dinners live stations serving an array of excellent international cuisines from Sushi to Middle Eastern right down to Mexican, all of which are beautifully laid out and dispersed around the gorgeously lit and enigmatic Lava Pool. Whilst the Lava Beach Club is owned by the operated by Fairmont Fujairah Beach Resort, it is also a stand-alone beach club where guests who are not necessarily staying in the hotel are welcomed to come and spend a lazy day soaking in the sun whilst listening to the funky beats being played by the residential DJ whose booth is in the centre of the pool.

Working my way around and through the hotel back to my room, I carry on discovering the stunning interiors and art pieces that are quintessential to the region. The staircase which leads to Canvas is perhaps the hotel’s jewel in the crown in terms of the pieces of art is displays leading to Canvas. It’s walls and ceiling are lined with some stunning, individual pieces of Berber jewellery and carpets dating back centuries and curated with the help of the renowned Four Seasons Ramesh Gallery. A slightly more contemporary and abstract yet local touch is added with the hotel’s signature piece: the cracked Ostrich Egg, sculpted by Stickman and Tribe, an international interior design consultancy firm. Stickman and Tribe founder explains the rationale behind this unique and thought-provoking piece: “In our research we discovered that a 2500BC ostrich egg was found in Fujairah and is displayed at the Fujairah Museum. Similarly, it celebrates giving birth to a new beginning while also celebrating the past and Fujairah itself”.

I’m up early the next day determined to make the most of my day in this oasis of calm and charm. I choose to wonder down to the Lava Beach Club, which entails walking past IAMMAI Infinity Lounge and Pool (pronounced ya-mai), the elevated poolside bar, unfortunately shut for service at the time of visit. Nevertheless, it is clear, in my mind, that this Berber-carpet-inspired pool is the absolute centrepiece of the property, shaping and defining its identity; and I would expect its sheer beauty to encourage people to travel from Dubai or Abu Dhabi just to take a plunge in it.

The recently launched 2,600 SQM Lava Beach club, adjacent to the Fairmont Fujairah Beach Resort, and with a capacity of 400 guests, is epitomised by its unorthodox free-form swimming pool which, much like Marmite, will have you hating it or loving it. Indeed, the pool is designed in way that will make you feel like you are inside the crater of the infamous Mt Vesuvius volcano. This is cleverly and stylishly attained via the fiery combination of red, orange and yellow tiles with the water jets of the six in pool Jacuzzis mimicking the flow of lava convincingly well. One end of the pool features a swim up bar with seating for up to 12 people, whilst at the other end a selection of five luxury day chalets neatly line the shores of the fiery pool. These include a mini bar, television, sofas, shower, WC and an outside seating area and are perfect for those seeking a little more intimacy; or simply wish to escape the scorching heat of the summer months

Meandering around the striking and horseshoe shaped pool, I take note of the positive vibes emanating from all corners of the club where an eclectic bunch of people of all age groups and nationalities relish soaking up the rays on their respective sunbeds or floating flamingos to the Ibiza’esque beats being spun from the raised DJ booth. Furthermore, with kids playing around in the shallows of the free-form pool and various fitness classes taking part on either side of the pool, Lava Beach Club is defined by positive and fun vibes. I in fact take part in a spinning class, but that is purely to offset tonight’s delicious and copious meal at The Copper Lobster: the hotels signature food and beverage outlet.

The brilliantly reviewed The Copper Lobster is located on the piazza level of the property and draws its nautical themed inspiration from the rugged and authentic atmosphere found at the Fisherman’s Wharf in San Francisco. The catchy name was given to the restaurant in honour of the Omani lobster found in the waters nearby, which I am told turns to a colour similar to that of the colour copper when the sun shines on it whilst it is underwater. Executive Chef, Giovanni Pugliano takes immense pride not only in his work but also in the sustainability of his catch, which he sources directly from local fishermen. He and his Chef de Cuisine, Georgiy Danilov present their signature seafood dishes with pride at the entrance, showcasing an array of local fish, including the Sultan Ibrahim which is a form of bream.

I kick off my evening with the colourful and creative Capsicum cocktail, which has my taste buds spiralling out of control the second the nectar touches my lips. It includes rum, grenadine, lime and white truffle oil. A slice of red bell pepper, which I am told will eventually be grown in the gardens of the resort’s owner His Highness Dr. Sheikh Sultan Bin Khalifa Bin Zayed Al Nahyan, sits atop of my cocktail glass and enhances the sense of locality dear to so many consumers these days.

My first dish puts a local twist by using the locally source Sultan Ibrrahim, on another wise classic Peruvian dish: Ceviche. The flavours of the dish are perfectly balance and the Sultan’s flesh makes for the perfect substitute to sea bass, which of course is the traditional fish used.

Dibba is famous throughout the Middle East for its production of oysters who are not only utterly delicious, but also manage to reduce the hotel’s carbon footprint furthermore which, when contemplating the fact that 80% of the UAE’s food supply is imported, is a phenomenal effort. It is reassuring to see the Fairmont Fujairah Beach Resort’s will to make sure that luxury and an environmentally clean conscience go hand in hand.

My next dish is the Trio Tartar, which is made up of Tuna, Salmon and lobster, served with a well-executed chive mascarpone, avocado salsa, salmon caviar and prawn crackers adding an Asian feel to it. Fresh, tasty and incredibly moreish.

For mains, I am recommended to try the TLC “Mac & Cheese” by the friendly and well-informed waitress, made from Boston lobster and complemented by a leek etoufee, veal bacon, gruyere cream and aptly named seashell pasta. A lovely, ‘homey’ type dish, which will marry itself well with any kind of meat or fish dish. I also try the delicious and must try seafood couscous, which puts a Middle Eastern spin on the Sicilian classic. Desert includes the beautifully presented, refreshing and equally delectable Signature Lemon Chef Hat.

During the course of my meal, I am graced with the presence of Omar Souab, the energetic, charismatic and very approachable General Manager, whom you might spot wiping tables and pouring drinks one minute whilst mingling with his guests the next. Omar, who had previously been Hotel Manager of the Fairmont Dubai, was tasked with delivering an ambitious and complex project, which involved various parties, including that of His Highness Dr. Sheikh Sultan Bin Khalifa Bin Zayed Al Nahyan, the owner of Fairmont Fujairah Beach Resort. In fact, I am told by Omar that much of the project, from its inception in terms of architecture and design stems from His Highness’s vision, paying a vibrant homage to his Emirate which is fast gaining traction with tourists from the UAE and further afield.