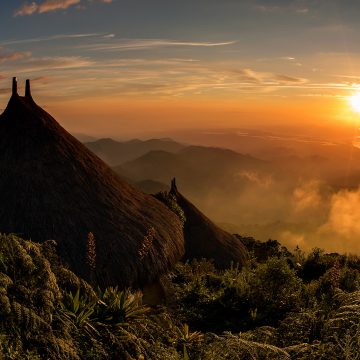 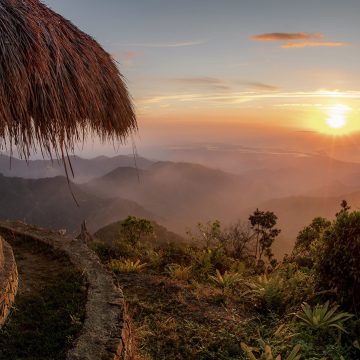 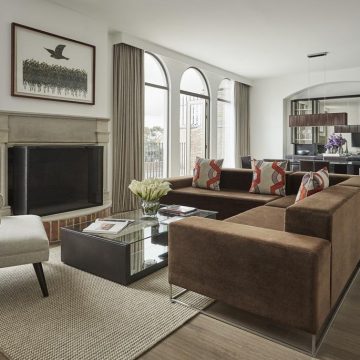 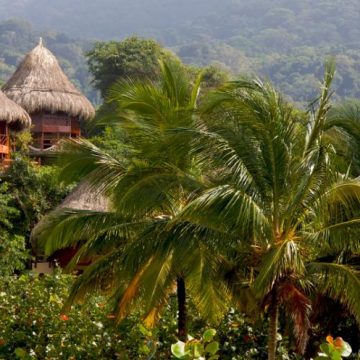 Experience one of the world’s most beautiful destinations via an exciting helicopter tour.

One of the world’s most spectacular mountain ranges sits on Colombia’s Caribbean coast, boasting contrasting scenery from snowy peaks to tropical jungles.nAs well as its beauty, the Sierra Nevada de Santa Marta is home to an ancient culture and traditions. Its “Lost City” is thought to have been founded around 800 AD, some 650 years earlier than Peru’s Machu Picchu.

The area is home to thousands of indigenous people who preserve their way of life by living in isolated mountain communities. Hidden in one of the emerald forests is the Mulkuakungui village, home to the Kogi tribe, where cultural traditions have been passed down for centuries. Thanks to a brand new Extraordinary Experience from Four Seasons Hotel Bogota and Four Seasons Hotel Casa Medina, guests can fly into the heart of the Sierra Nevada for an unforgettable day trip in the historic mountaintops.

The only luxury travel of its kind for tourists looking to visit the area, here’s what’s included within the one-of-a-kind itinerary.

A helicopter will be awaiting for you upon arrival in Santa Marta, where you can catch the first glimpse of the snow-capped peaks of the Sierra Nevada range. The 45-minute chopper ride will then fly over the “Lost City” and over the deep jungle landscapes in one of the most diverse areas on the planet.

Pitstop in the remote Mulkuakungui village, to see traditional mud-thatched houses of the indigenous Kogi community. An hour will be spent in the village as the local community will teach you their customs, rituals and lifestyle. You won’t leave empty handed, either – you’ll be gifted with a handwoven backpack and a welcome drink at the village.

The Kogi consider themselves to be the guardians of the earth, living in harmony with their environment in a stunning region they name “the heart of the world.” A bilingual tour guide will join guests and help translate between visitors and locals and will also be there to give guests detailed information about every area of the tour.

After the traditional experience, hop back on to another another helicopter tour over the blissful Tayrona National Natural Park, home to a number of Caribbean beaches and thick tropical forests. The trip will also fly over the Don Diego River into the Caribbean Sea and above the glistening waters of Cinto Bay.

Following the end of the second helicopter tour, you’ll be dropped at the Mirador de la Reserva Natural,with four hours to explore the dramatic landscape and walk in the tropical forests which boast panoramic views and abundant nature.