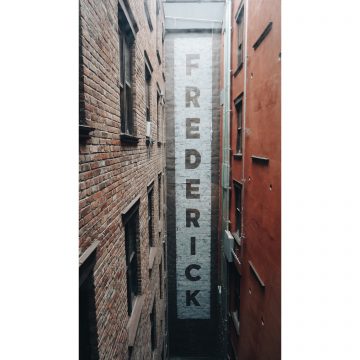 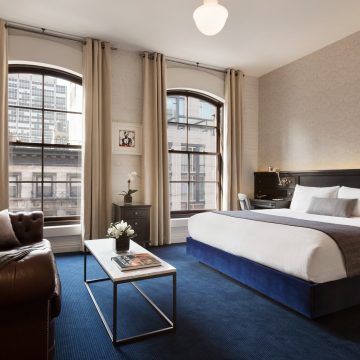 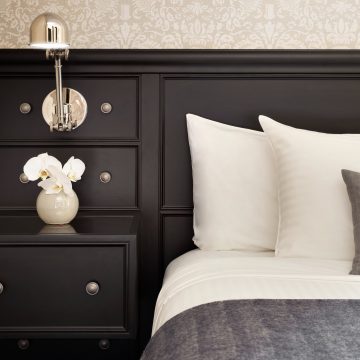 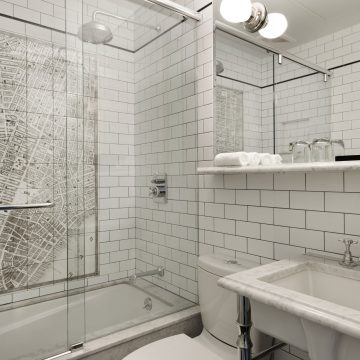 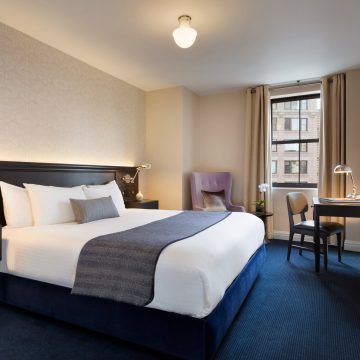 “With the opening of The Frederick Hotel, Triumph Hotels begins our transition to an approachable lifestyle brand,” said Gerald Barad, co-owner. “The Frederick Hotel reflects the brand’s reverence for the history of New York City, and just like the city itself, we continue to evolve to be relevant, interesting and fun.”

As New York City’s longest continually operated hotel, the former Cosmopolitan Hotel originally opened in 1845 as the Gerard House. The property has seen a lineage of notable guests; Abraham Lincoln is rumored to have slept there in the 1850’s and Vincent Gallo famously crashed there for $22 a week in the early 1980’s when it operated as The Bond Hotel. The hotel’s new name, The Frederick Hotel, is derived from a mysterious historic rendering of the property, but it never actually operated as The Frederick until now.

The new lobby and guestrooms were designed by Sylvia Zofio, principal of SZ Projects. Zofio aimed to express the building’s history through eclectic design elements from different eras, creating an artful mix of old and new. Lower East Side branding agency Rivington Design House, known for creating unique and timeless identities and brands, developed the iconic logo and consulted on the hotel’s interior design.

As Tribeca has evolved into a destination for nightlife, tourism and business, The Frederick Hotel provides guests with the opportunity to take a scenic stroll to Bubby’s Restaurant for brunch, Brookfield Place for shopping, and to experience the world-famous Oculus. It also provides easy access to the rest of New York City with the Chambers Street subway station conveniently located just steps from the hotel’s front door.