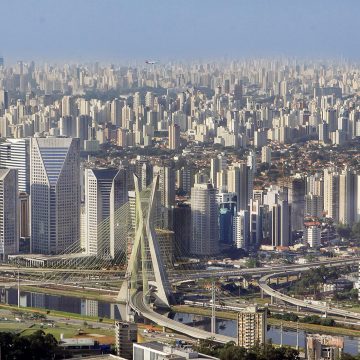 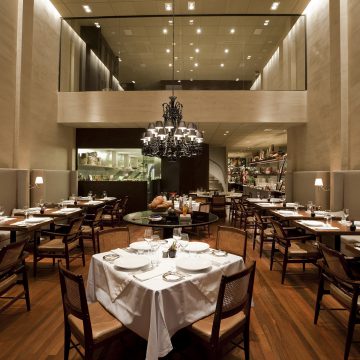 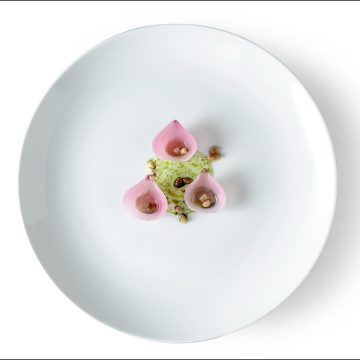 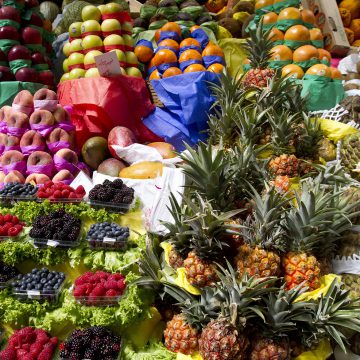 São Paulo doesn’t have any of the natural beauty—sea, rock cliffs, lush rainforest—that lulls so many tourists to Rio, and isn’t a love-at-first-sight kind of city. Gritty, bustling, gridlocked, with its more than 18 million inhabitants and big beyond what most of us can fathom, it can seem intimidating to first-timers. But there’s a reason why tastemakers from all around the world, despite the drawbacks, keep going back for more.

The secret that frequent visitors know all too well is that there is a São Paulo within the larger São Paulo which is manageable, happening and charming, all at once. Most of the best art galleries, fashion-forward boutiques, museums, bars and restaurants are located in four adjacent neighbourhoods—Pinheiros, Jardins, Higienópolis and Itaim—that together form the core of where it all happens. Navigate that zone and you’ll understand what has the design magazines and The New York Times buzzing about. Paulistas (as natives are known) flow in and out of design-forward stores, cafes and a seemingly infinite array of restaurants at all hours: the city feels thrillingly alive.

Brazilians like to joke that Rio is all about sun, sand and fun while in São Paulo restaurants stand in for the beach. There’s truth in the stereotype: going out to eat ranks as the number one pastime for most paulistas. Of course, options are endless, from casual tapas-type places to expensive Italians, but the chefs making headlines and pushing the restaurant scene forward are the ones who re-work Brazilian ingredients in an updated way.

Chief among them, of course, is celeb-chef Alex Atala, recently featured on the cover of Time magazine as one of the world’s ‘gods of food’, alongside Momofuku’s David Chang and Danish sensation René Redzepi, chef-owner of Noma, in Copenhagen. At Atala’s restaurant D.O.M., the tasting menu, ever more pared-down and audacious, deserves all the lavish praise it gets. It’s currently rated sixth in the World’s 50 Best ranking, and the place to go for a guaranteed “wow, what just hit us?!” reaction.

The night he was voted one of the world’s 20 most influential chefs by a jury composed of a thousand journalists, Atala was too busy to pop the champagne. The city’s Fashion Week was in full swing and, among other notables, Ashton Kutcher was having dinner at D.O.M. It was only another notch in the belt for Brazil’s most celebrated chef, who’s won every award and served every A-lister that has come through town. Not one to sing his own praises, Atala is, nonetheless, a huge celebrity in Brazil and beyond, and has paved the way for a new generation of ambitious chefs.

Although the bustling city of 19 million has long reigned as the country’s gastronomic capital, for years its restaurants remained an insider’s secret, as tourists preferred the sunnier and more laidback cities to the North, such as Rio or Salvador. Fine dining, as recently as 10 years ago, meant haute French by expat chefs Laurent Suaudeau and Erick Jacquin or the pricey pastas served at glitzy Italians Fasano and Gero, with a couple of noteworthy steakhouses (churrascarias) thrown into the mix. “After years of only valuing what’s foreign, we’re seeing a strong movement towards chefs that specialise in new Brazilian cuisine,” says Atala. His menu currently includes Amazonian ants on a pineapple slice and the foamy bread-like core of an overripe coconut paired with algae.

Just as São Paulo became the throbbing epicentre of Brazil’s heated-up economy, drawing ever larger numbers of international jetsetters and power brokers, locals began to notice and appreciate their homegrown gastronomy. Influenced by Atala’s pioneering push towards native ingredients, other chefs with classical training began to fly the Brazilian flag, marrying French or avant-garde Spanish techniques and ingredients seen as exotic by visiting foodies, like various tropical fruits, pupunha (freshly-harvested heart of palm) and manioc root. Today, no visit to São Paulo is complete without visits also to Epice, Tordesilhas, Maní and Mocotó, restaurants, which, in very different ways, give little-known Brazilian ingredients a new guise.

Model-turned-chef Helena Rizzo and Spanish husband Daniel Redondo, who met while working at celebrated El Celler de Can Roca, in Catalunya, run the excellent Maní. Despite the informal look of the airy, whitewashed dining room and trellised terrace, this is one of São Paulo’s best and most ambitious restaurants, with the requisite multiple guidebook stars and elaborate tasting menus to match. Tasting menus are similarly elaborate at Epice, where organic vegetables and carefully sourced pork and scallops are served in stunning presentations. Chef Alberto Landgraf—a perfectionist who trained under Gordon Ramsay in London—serves impeccably-executed cuisine in a narrow, glassed-in room decorated in soothing tones of brown and sage. This looks and feels like a neighbourhood bistro, but its food screams haute cuisine.

For a more relaxed atmosphere and a taste of Brazilian home cooking, head over to boisterous and fun Mocotó (quite out of the way but worth the detour) or the cheery and casual Tordesilhas, where several Brazilian classics like moqueca (fish stew with coconut milk) are on offer, their execution many notches above average.

Strange as it may sound, sharing the spotlight in São Paulo’s food scene with the ‘new Brazilian’ restaurants are the great local sushi chefs. Known for its huge population of Japanese immigrants, the city has an eye-popping 600 Japanese restaurants, ranging from cheap all-you-can-eat places to tiny temples where omakasses (tasting menus) seem to transport you to Tokyo. While the top ones were once confined to Liberdade, the city’s ‘Japanesetown’, adjacent to the Old Downtown, they’ve since moved to more upscale neighbourhoods. Competing for the title of best sushiman are Jun Sakamoto— cerebral, temperamental, traditionalist, owner of the celebrated eponymous restaurant— and Ken Mizumoto, a young Tokyo-trained wunderkind whose expensive tasting menus at Shin Zushi have a large and loyal clientele.

All these restaurants, except for Mocotó, are within the touristic core, and there is much to explore around them in between meals, even on foot. D.O.M. and Tordesilhas, for instance, are very close to the best streets for shopping (Oscar Freire and Lorena) and the two best hotels in town (Fasano and Emiliano), which are worth a visit even if you’re staying elsewhere. The Fasano, especially, has one of the world’s most elegant lobbies, which doubles as a bar where owner Rogerio Fasano often holds court, welcoming regulars. Have a caipirinha and enjoy the people-watching, or, at nighttime, head to the adjacent Baretto, a chic piano bar where Caetano Veloso and Bebel Gilberto have performed.

You may want to follow lunch at Shin Zushi with a leisurely stroll along Avenida Paulista, São Paulo’s answer to Park Avenue, ending at the city’s best museum, the iconic MASP. Another option is to visit some of the top art galleries in town, like the Vermelho and the Choque Cultural, and the beautiful bookstore Livraria da Vila before heading to dinner at nearby Jun Sakamoto. By focusing on a different morsel of the city core each day it can seem surprisingly easy. And do make time, in between the high-end meals, to stop at one of the myriad botecos, as hole-in-the-wall bars are known. Day and night the drill is the same: deep-fried snacks (petiscos) are chased down with ice-cold beer. Among my favourites is Pirajá, a beloved classic with waiters in bow-ties, vintage illustrations and photos on the walls and samba and bossa nova on the playlist. It’s there, more so than at haute food temples D.O.M. and Maní, that you’ll find the elusive São Paulo that so many visitors fail to see and grasp: joie de vivre, great Brazilian flavours and high-energy fun atmosphere all wrapped into one.

Residing between Baobab Collection’s headquarters in Belgium and a home in Paris, the creative designer Corinne Bensahel heads to Bahia, Brazil, for some R&R