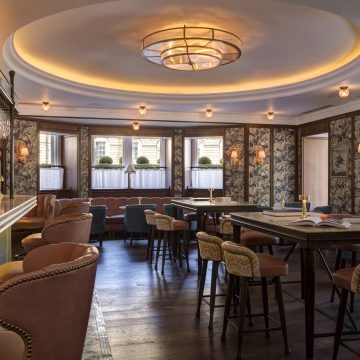 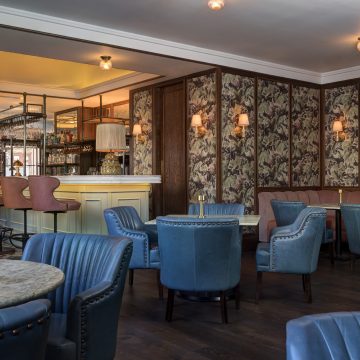 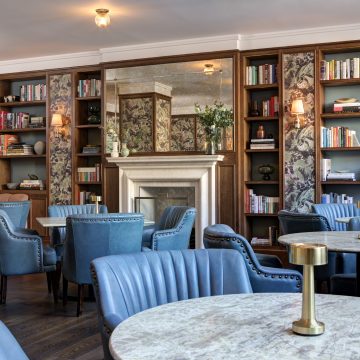 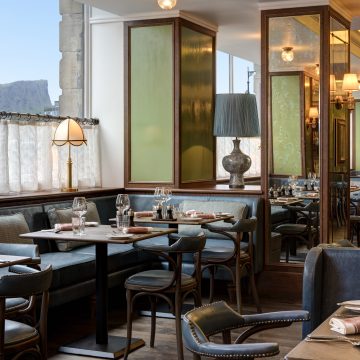 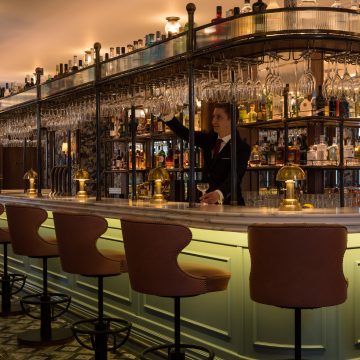 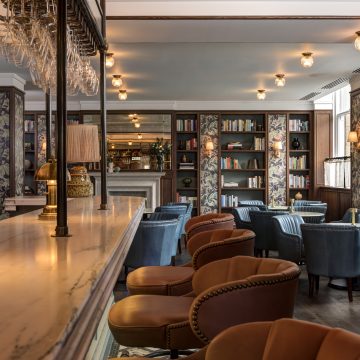 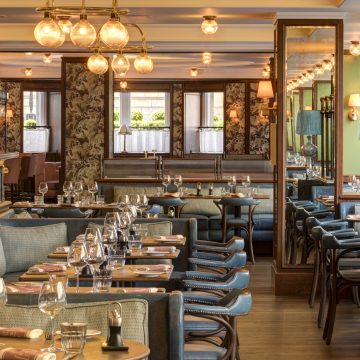 The Balmoral, one of Edinburgh’s most iconic hotels, has officially opened Brasserie Prince by Alain Roux, its new dining destination.

Alain Roux will be Signature Chef at Brasserie Prince, which has replaced Hadrian’s Brasserie and The Balmoral Bar. Alain currently retains three Michelin stars at The Waterside Inn, the only restaurant in the world outside France to have upheld this accolade for more than thirty years.

At Brasserie Prince by Alain Roux, he will continue to showcase his heritage of sensational French cooking but will be inspired by Scottish ingredients.

When talking about the new opening, Alain Roux says: “This exciting new brasserie will be defined by a seasonally changing menu rooted in French bistro dishes, irresistibly simple, delicious food.

We will be led by the fantastic array of Scottish ingredients and flavours to include beautiful seafood platters and tasty sharing plates at the bar. I want to serve the dishes that I love to cook myself at home and seek out with family and friends when we go out to eat. It will be a menu informed by my French heritage but totally inspired by Scotland.”

The restaurant and bar will cater for 210, serving breakfast, lunch and dinner, as well as light bites and sharing plates at the bar, and seafood from the raw bar. Guests can expect a seasonal menu that will include hearty dishes featuring the highest quality produce, from Scottish côte de boeuf to Plateaux de fruits de mer.

Diners may also choose from the daily ‘Grand-Mère’s Specials’ which will encapsulate this unique alliance of cooking. These daily specials will include Boudin noir aux deux pommes, a rich dish of black pudding with caramelised apple and potato purée and Côtelettes d’agneu, lamb cutlets with couscous, sorrel and mint sauce.

Now with a separate entrance on Princes Street, the restaurant space has undergone a complete redesign led by Martin Brudnizki Design Studio (MBDS). Martin Brudnizki has worked closely with Olga Polizzi on this new venture, the design duo having long been collaborators since Martin’s first hotel commission for Villa Kennedy, a Rocco Forte Hotel in Frankfurt.

Guests can enjoy a pre-dinner aperitif, sit in the cosy library by the fire for an after dinner drink or sample a few cocktails at the long, marble bar counter for a fun night out.

Taking residency at one of Scotland’s most iconic hotels and recognised landmarks from 11th June, Brasserie Prince by Alain Roux will further establish The Balmoral as a culinary destination in the heart of Edinburgh, joining the hotel’s Michelin-starred Number One restaurant led by Executive Chef Jeff Bland. It marks a unique alliance between the Fortes and Rouxs, two distinguished families committed to excellence.

Make it happen
When: Open now
Reservations: To book a table or for more information on Brasserie Prince by Alain Roux, visit www.brasserieprince.com or call 0131 556 2414.