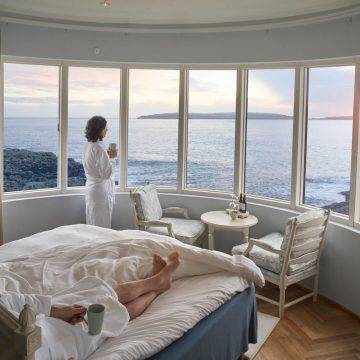 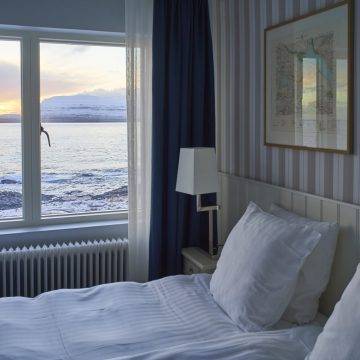 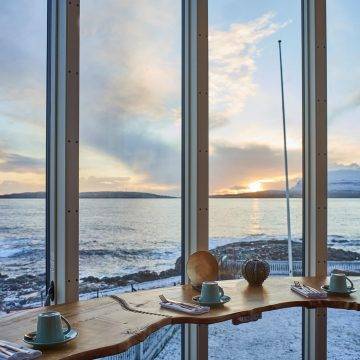 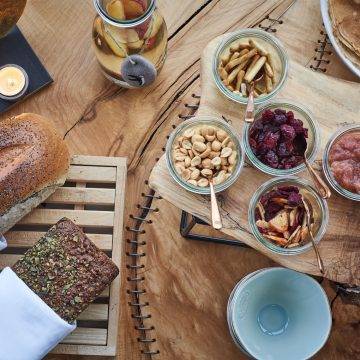 The mayor of Tórshavn likes to refer to the capital of the Faroe Islands as “The Pearl of the North Atlantic”. The description is poetic, but gives an idea of what can be expected when visiting the archipelago. Being among the smallest capitals in the world, Tórshavn, with its viking history and cultural heritage, possesses an inherent charm, which more and more travelers find appealing. As the number of visitors to the region have increased, so has the number of hotels and other accommodation offerings. But there still remains only boutique hotel in Tórshavn, and Havgrim Seaside Hotel is a unique hotel in more ways than one.

When Havgrim Seaside Hotel 1948 opened its doors in April 2018 for its very first customers, it had undergone a major renovation. In the process, an upscale, historic private residence was converted into a small boutique hotel with 14 rooms. The transformation was smartly done: by retaining as much as of the original decor from 1948 as was possible and incorporating it into the present interior, the hotel was able to honor its roots, reflecting the period when the building was known as “The Commodore’s House”. It was during this period, from 1952 to 2013, that the house was the property of the Danish army and home to the highest ranking army officer in the Faroe Islands.

After almost two years in the hospitality business, the hotel has cemented its place as a notable accommodation offering in the capital. As a small boutique hotel, the customer base consists of guests who prefer more exclusive hotel stays, while still being drawn to the property’s other unique aspects. These distinctive aspects include the following:

“Wake up to the view you have always dreamed of” – take a look at the website to get a glimpse of the ocean views that can be expected from the hotel which is located directly on the shore. Truly a view to remember, even more so if it is seen in person.

One might wonder how a house of this kind could have been built in the Faroe Islands straight after World War II. This is as a result of the Faroese fishermen who supplied fish to the British market throughout the war and made a successful business out of it, coming out of the war with money to spend. Enter the cold war, the NATO base in the Faroes, and the Commodore, and yet another piece of history was ingrained into Hotel Havgrim.

The building is more than 70 years old and in 1948, it was a one-of-a-kind creation. It still is today. The design was inspired by British architecture, but represents the dream house of the original owner. The drawings from 1948 are displayed in the lobby, and the transformation into a modern hotel can be observed in every room.

Location is everything! So the saying goes and it is true. Havgrim Seaside Hotel 1948 is situated on the seashore only a ten-minute walk from downtown Tórshavn. Tórshavn is the capital of the Faroe Islands, and is also the geographical center of the archipelago. The ferries departing from Tórshavn and the central bus terminal are only five minutes away on foot. A location unlike any other in the middle of the North Atlantic Ocean, providing an abundance of nature and fresh ocean air. Location, location, location!

Apart from the ocean, two other aspects make the hotel’s surroundings truly remarkable: the nature and weather. The Faroe Islands cannot be accurately described without mentioning the changeable weather and the stark nature of the Faroese landscape: rocky cliffs, steep slopes and sheep, which appear to be grazing everywhere. Havgrim Seaside Hotel 1948 is surrounded by such elements. Sitting by the window in the dining room, neighboring islands and grazing sheep in the field next door can be gazed upon while seeping up the ocean view. Summer or winter, stormy or calm, every season and every kind of weather provides sights to write home about.

Atmosphere and hospitality – these are the two words that sum the hotel up! The quiet elegance and welcoming atmosphere that greets all hotel visitors is complemented by the friendly staff on duty. At Havgrim Seaside Hotel 1948 you are in good hands, so get ready to enjoy it…