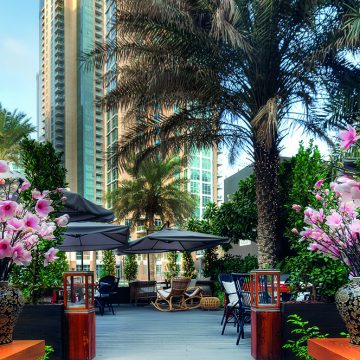 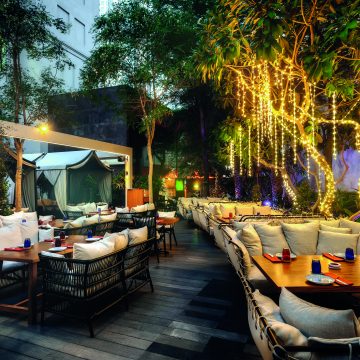 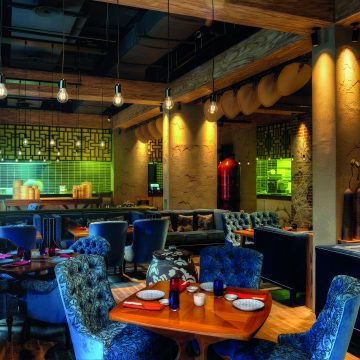 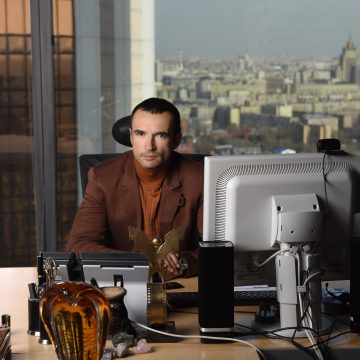 Behind every great restaurant brand is a team who make it a success. A chef, of course, and troupe of kitchen staff. Front of house staff, too, and not forgetting the architects and designers who develop the space, setting the ambiance and tone of the venue. Behind all of that is the investor. The money man or woman who makes it all happen. In some rare cases it’s the chef-cum-restaurateur who, by some miracle, self-fund their own project, but most of the time it’s an investment company. Cue Alexander Orlov and his Bulldozer Group.

From Novikov to Cipriani and Moscow to Miami, the Bulldozer Group — led by its Russian president Alexander Orlov — has become synonymous with investing in a succession of high-end venues in destinations around the world.

You might not instantly recognise his name, but you’re sure to recognise many of the brands his company is behind. Launched in 2011, Alexander Orlov’s Bulldozer Group is responsible for investing in restaurateurs that are aligned with celebrated industry names. He’s overseen the launch of some of Dubai’s most-revered and glamourous places to be seen at, including Toko Downtown, which recently re-launched and Eshak, which opened in December 2016. FOUR meets the Russian restaurant mogul with his sights on the Middle East and London.

Tell us about your professional journey and where it began?

My professional journey begun 20 years ago in Moscow. I opened my first restaurant, [a] Japanese restaurant and after that I developed my company in Moscow [leading to] more than 10 restaurants. We now have around 90 restaurants between Russia, Ukraine, Kazakhstan, Dubai, Miami and Hong Kong.

Tell us about your Miami operations?

We opened Tanuki, a Japanese restaurant in South Beach, a few months ago. It’s our single restaurant in the US and we hope to open a chain over there.

Any other expansion plans?

The United States is an interesting market for us. As is London. We try to find good sites in London, but it’s a very difficult market. The Middle East is interesting for us. Saudi Arabia also, where we want to open Novikov very soon.

What has been the key of your professional success?

Are you sticking with Japanese-style cuisine for your new concepts?

You mean Tanuki? I have big experience in this area — Japanese cuisine — which is one of the most popular foods in the world.

I have a lot of experience in this and I know how to properly prepare dishes, the recipes and this style of food.

Do you plan to bring your Japanese concept to London?

No, in London we are opening a seafood restaurant like our Seafood Room restaurant in Hong Kong.

What attracted you to the Dubai market?

Everybody wants to be here [and] now it is the best market in Middle East. When we decided we wanted to diversify our business, of course, we started here [in Dubai]. Now we have four restaurants here and we want open two more. So I think that is an interesting market; one that is developing very fast. There will be Expo (Expo 2020 Dubai) and now is a good time to be here.

Do you think there’s space in the market for more restaurants?

The competition now is very hard but in my opinion now is the time for good quality restaurants with middle-of-the-range prices — not high end.

What do you see being one of the key future trends for the restaurant industry?

I already answered this — people want to save money, not necessarily spend, so mid-range restaurants in terms of the price bracket.

What new markets do you see as key players in this industry?

In the Middle East, I think Saudi Arabia is an interesting market, for example, competition is very poor there and people are ready to spend money. I’ve also heard a lot about the Iranian market. People told me that it is really huge and not brand-led there. There’s no big chains like McDonald’s, as they’re forbidden.

The trend now and [in] the future is going to be nice restaurants with cheap prices. People don’t like the Michelin-star-style restaurant here so much. Michelin stars aren’t important to us. Maybe it’s important for other restaurateurs, [but] not for me. I don’t try to achieve Michelin stars.

You recently opened Seafood Room restaurants in Hong Kong. Why did you decide to expand into this market?

China is a huge market. In Honk Kong [there’s] very low tax and a lot of tourists with money ready to spend — all these components attracted us to this market. Seafood Room is middle to high-end — around $120 USD per person. We have opened a seafood concept because no one has done this in Hong Kong yet. And the food scene in Honk Kong is huge; Honk Kong is the capital of food and there’s huge competition, but we opened something different. We serve different styles of seafood, and also the view it’s very fine with a nice rooftop terrace, [where] we also serve sisha.

Why did you decide to relaunch Toko Downtown here in Dubai?

The concept of this area— near Burj Khalifa — of this boulevard, has changed. There are a lot of commercial clientele with people working here and pedestrians. People are also looking for an inexpensive concept. We’ve redesigned the interior of the restaurant, which has become much more colourful and cool, with a dim sum section. It’s theatrical, like a show, guests can see how the chefs prepare [dishes].