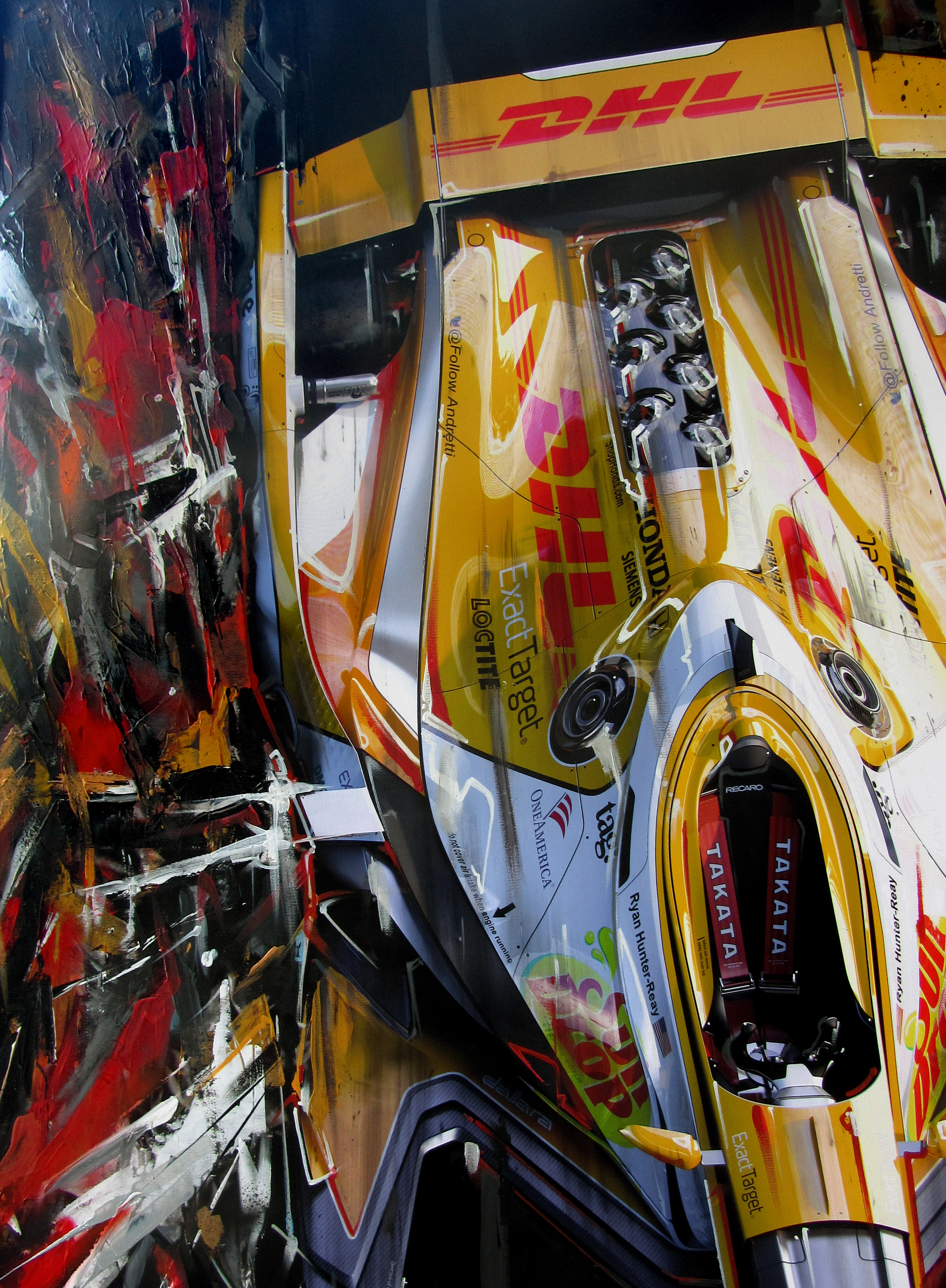 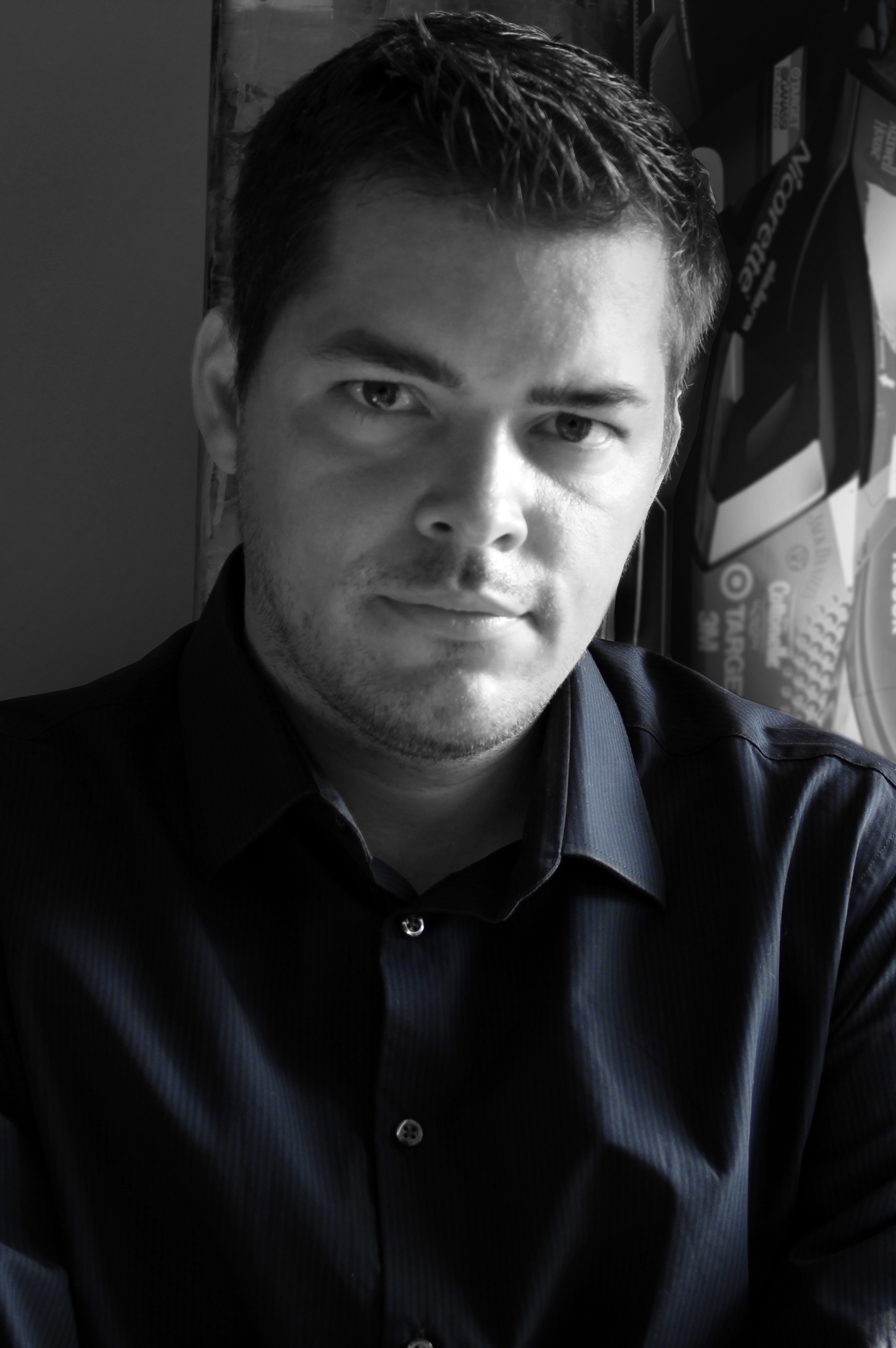 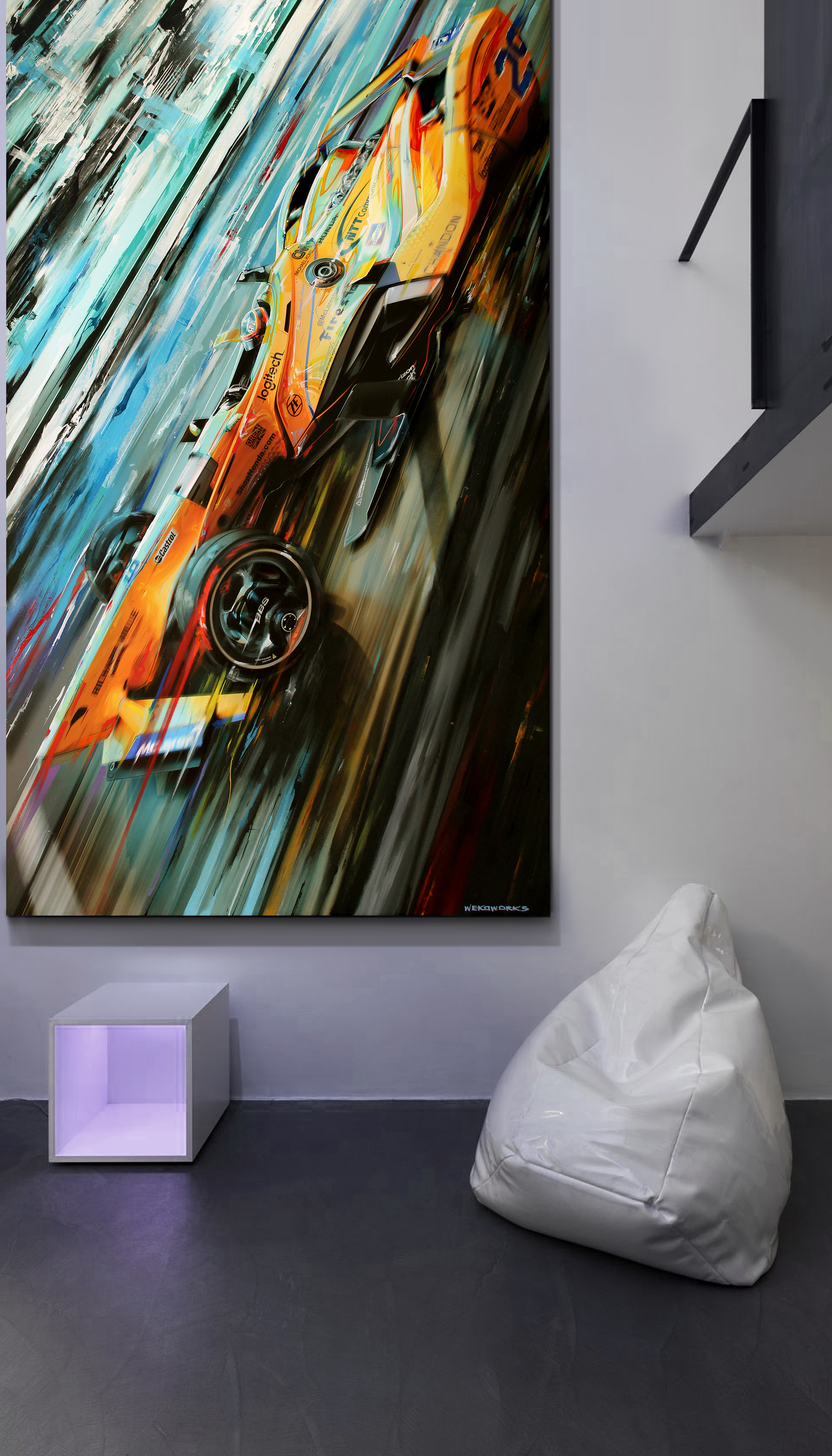 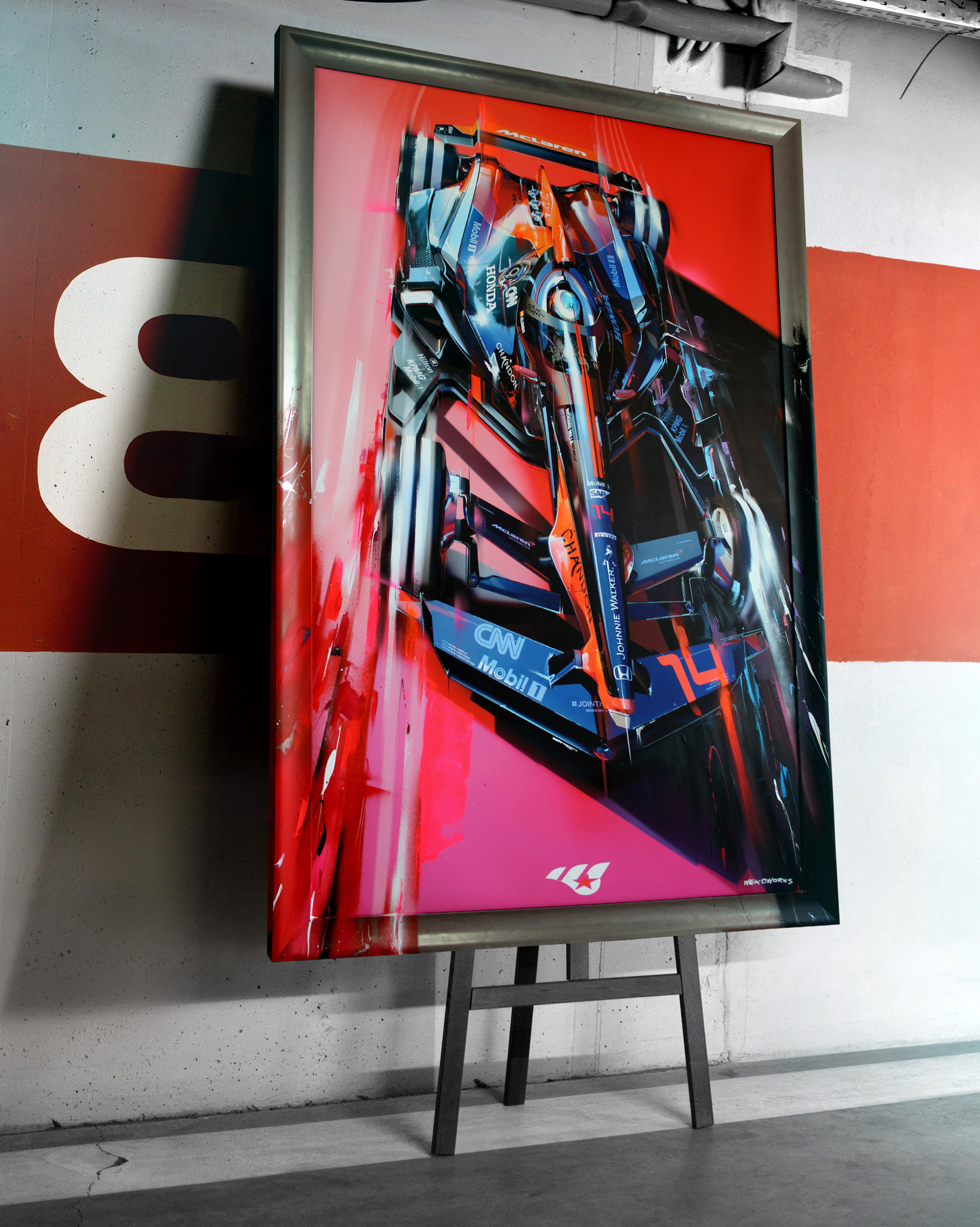 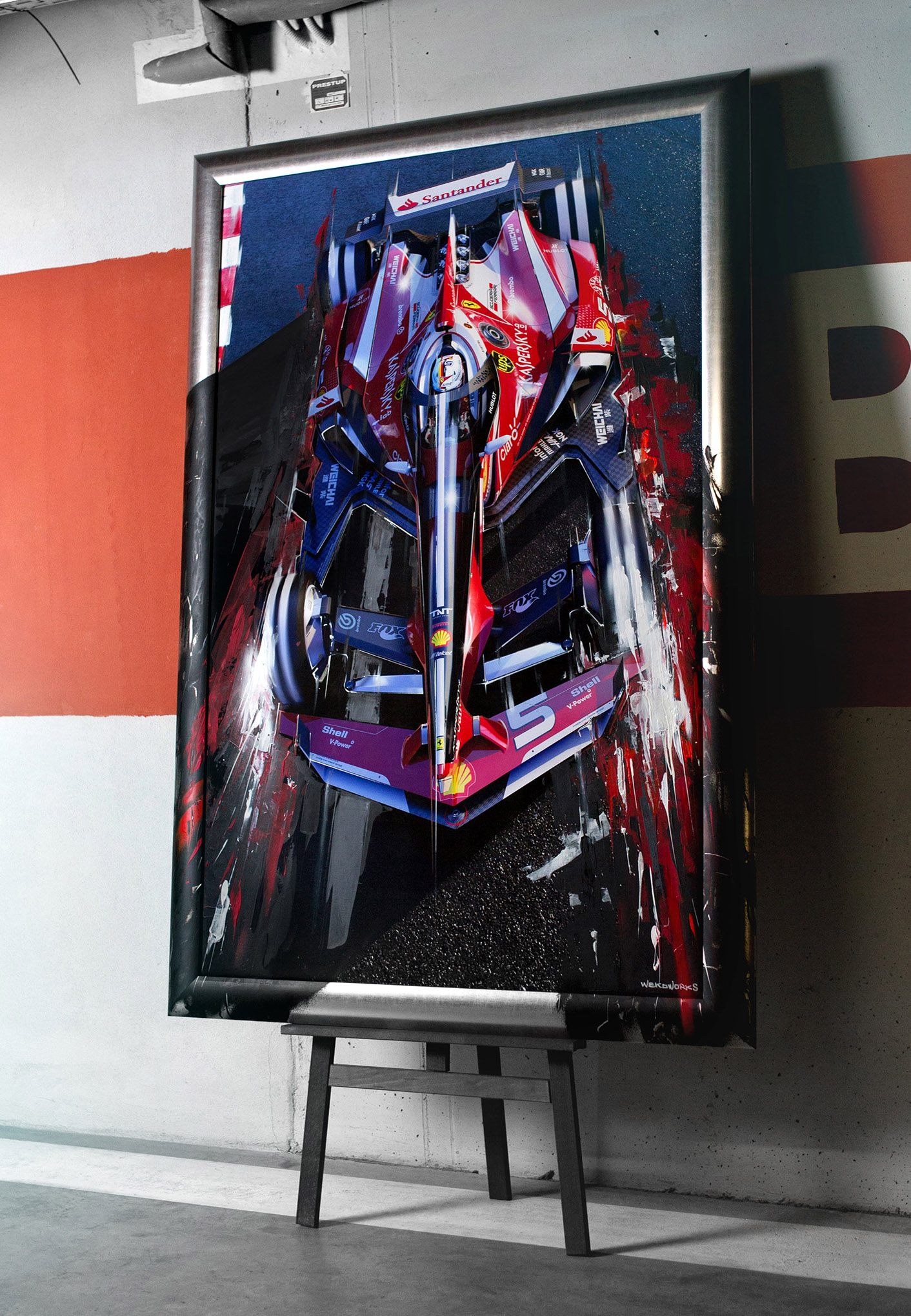 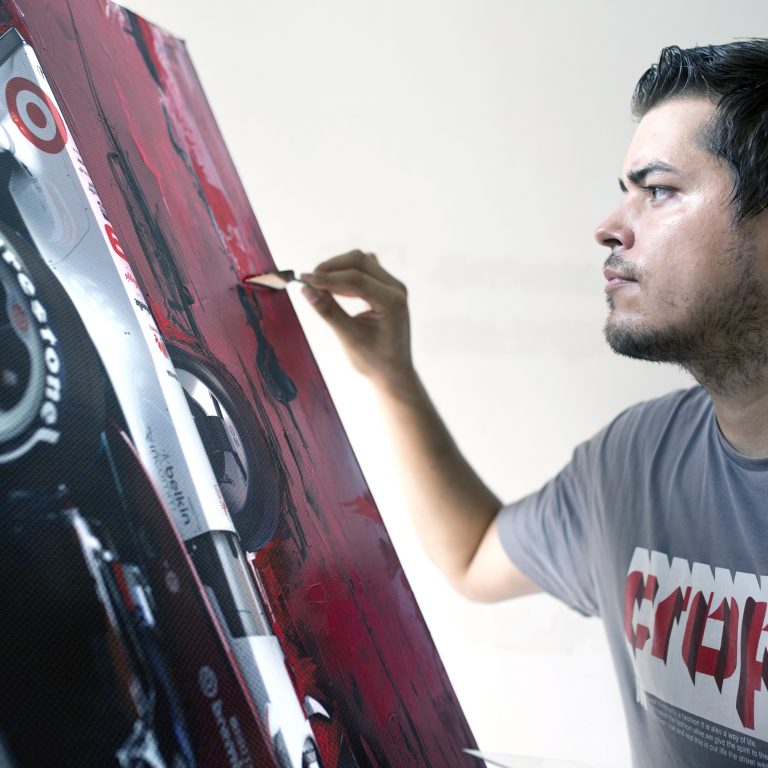 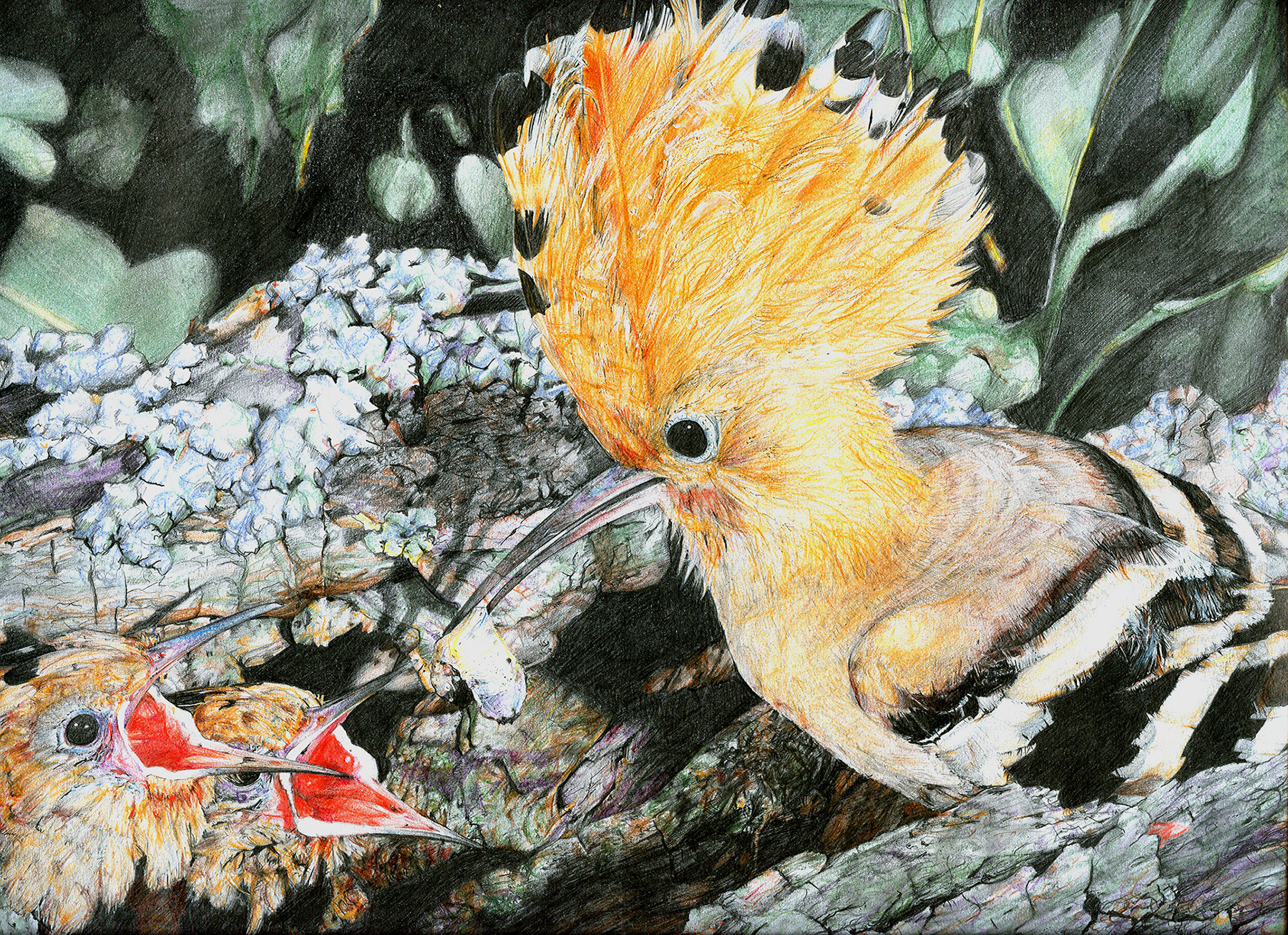 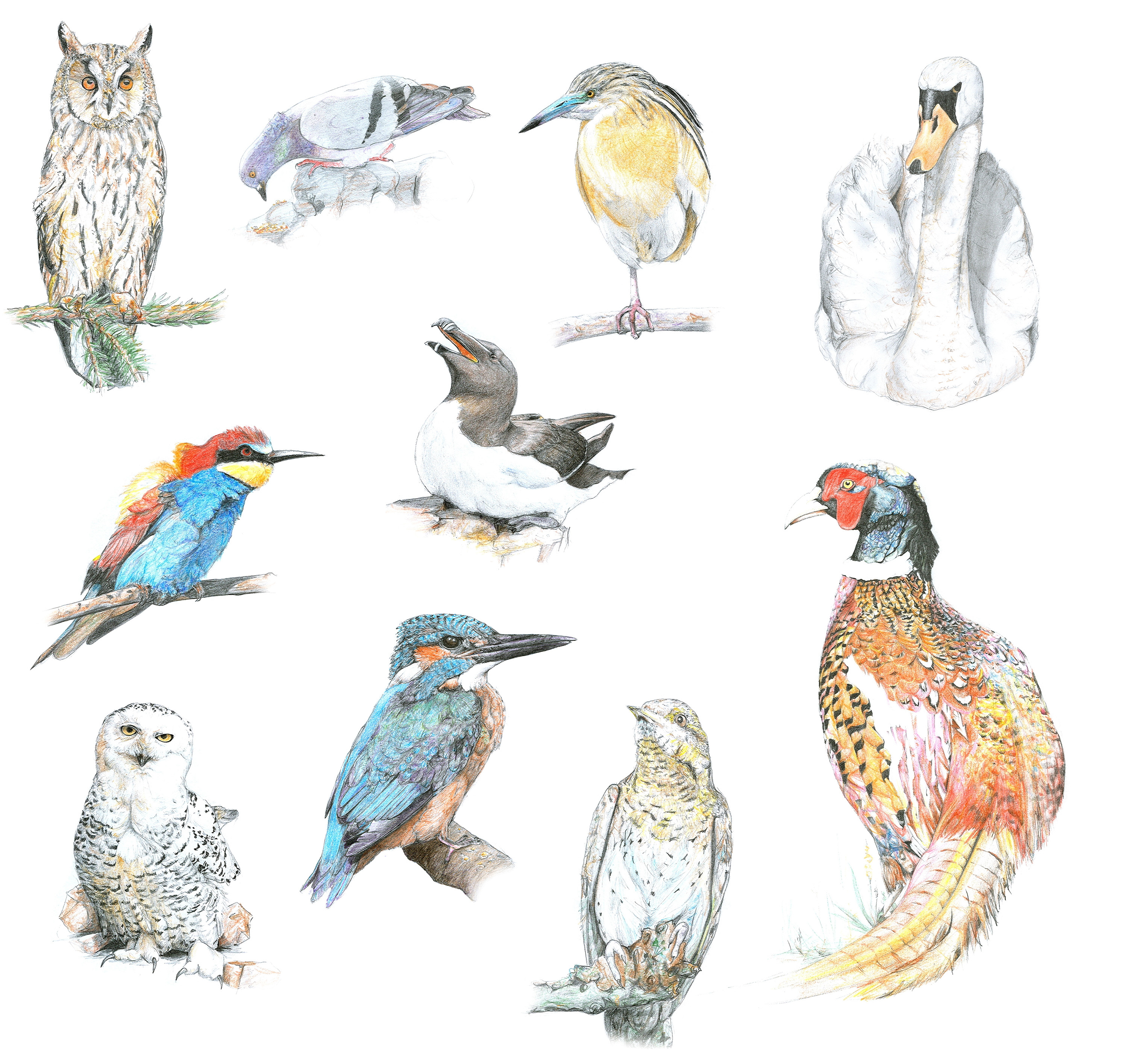 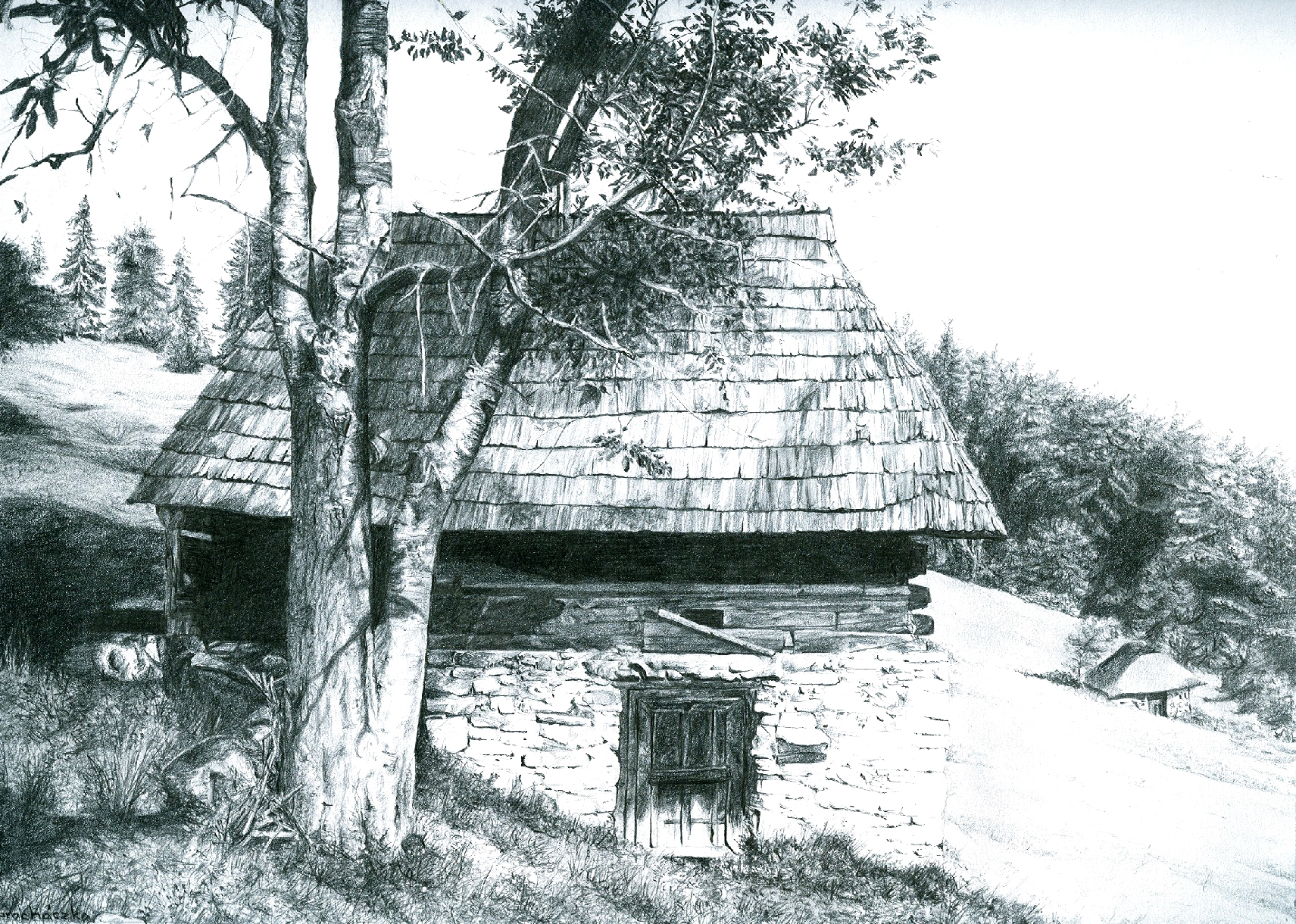 FOUR speaks to artist Matus Prochaczka about his unique paintings and upcoming exhibition, which features future concept designs for IndyCar racing under the label WEKOWORKS.

Where are you from and where did you grow up?

My name is Matus Prochaczka and I am from Slovakia, Europe. I grew up here, in the capital city of Bratislava.

Had you always wanted to become an artist or what is something that you gradually realised?

I was very good at pencil drawing since I was a small child. At that time, I was doing lot of drawings and sketches of animals, especially birds. Later at high school, I also did some landscapes with wood houses. I considered becoming a book illustrator. Later, however, I became very attracted to cars and design. After I was successfully accepted into class of 18 students, from 200, I started new life track. I became very enthusiastic about car sketches, along with improvement of my skills, as well as getting better with computer and 3D modelling software. At this point it was clear that I was orientating towards the path of a designer, rather than pure artist.

How would you describe the style of your work?

My style is very much touched by design. It is actually from 90% designer work, future concept racing car, which was created by me. That’s why I call my art “design paintings”, since the fundamental is high resolution design image print, which is later than artificially updated. I must confess that only the final touches by acrylic and spray strokes, is what gives it so much life and a human touch, what for art is an absolutely necessary ingredient.

Can you explain a bit about the background of your recent project/s?

As I said, I don’t consider myself a conventional painter who takes the brush and expresses himself on canvas. I am a design artist, expressing myself using 3D software with the outcome being a convergence of design and art. The 3D modelling and shapes are ideas that come from inside of me, just like any artist, only with a particular production technique. I believe the precision of 3D modelling is the tool, which is used in other areas of world today – of course, because there the help to people so significant – architecture, car industry, transportation, medical sphere, entertainment business etc. But, why not use it also for the art painting area, where it can carry strong detail performance and real feeling? This is my target.

How would you describe the works from the latest series for those who haven’t seen them?

People who are not very much informed about the CGI (Computer-generated imagery), is hard to explain, what they are really looking at. I experienced that lot of times. Sometimes they think: is it a image of real existing Formula 1 car? Is it airbrush? Of course not. How can I quickly explain weeks and weeks of work, using several computer programs in order to achieve highest detail and reality imitation? Hard. But let’s say, my works are conceptual future visions of my own, where the authenticity is reached by regular sponsors and teams, and with focus on Formula 1 and American Indycar series. Paintings then become shots from lot of perspective points, in order to give you very close feeling of the car flying near, which no photographer can really provide.

From what or where did you get your initial inspiration for this particular project?

It was long time growing in my head. Idea was to use very long time investment of building up 3D model and try to reach longer term use. Besides, the artist part of my mind got a really nice feel for doing something in real-life too. I refer to the joining of these two worlds as mix media production style.

Do you feel that you achieved what you set out to do?

I can say that I have reached a pretty outstanding outcome, which I hadn’t even expected. It was just a pilot project, a trial, with no guaranteed result. It was after some art organisations, curators and galleries found my work interesting and took it as contemporary art, that it became such a success.

What message do you hope that viewers will take with them after seeing the works?

I believe, the audience can be forced to start dreaming. What the future of racing can bring, how the designs might looking in the next few years. I think it is also important to highlight that these type of artworks are not for the regular public: they are for racing fans, fanatics and motor heads, who really follow changes in racing – especially formula racing. These people can be strongly attracted to such art images.

Can you tell me a bit more about your works in general?

When I attended university, I was impressed by the renderings and the sharp details of perfection that could be created on computers. I wanted to capture and provide design to people as regular art. With today’s vast printing options, the technology to capture motion dynamics makes the outcome very impressive. As a finalization technique, I use acrylic sprays, markers, acrylic paints, mostly palette-knife, and sometimes a small amount of classical brushwork. Even the ready made images can somehow be improved or directed to look handmade. As I said, pure render image is a bit cold and needs to be brought to life by a hand touch.

Do you have a favourite/piece that means a lot to you and why?

My favourite piece is so far is the painting #14 Fernando Alonso at virtual track. The image has a strong depth and rich colours. It has a big perspective ratio and under view direction. To put it simply, it’s a pretty, dynamic image of black and orange McLaren Formula 1 Concept, running on a virtual red track. This is then all pulled together with good acrylic embellishing, which covers the image frame.

Where do you get inspiration for the works/projects you create?

In the very beginning, I was very much inspired by work of Daniel Simon, a designer and futuristic movies’ concept artist. Later, I found that I wanted to be closer to reality, where, for example, future formula cars don’t actually fly or levitate above the racing track. So, I wanted to be futuristic but grounded, let’s say. And the inspiration? perhaps, some part of old Italian car hood shapes, where the air flow was not the priority, but the beauty of car first.

When I will find time, my plan is to build new, even more futuristic 3D model, and try to produce some new painting out of it. Painting it self can be updated by use of new materials, or techniques. I will see, there is always room for improvement.