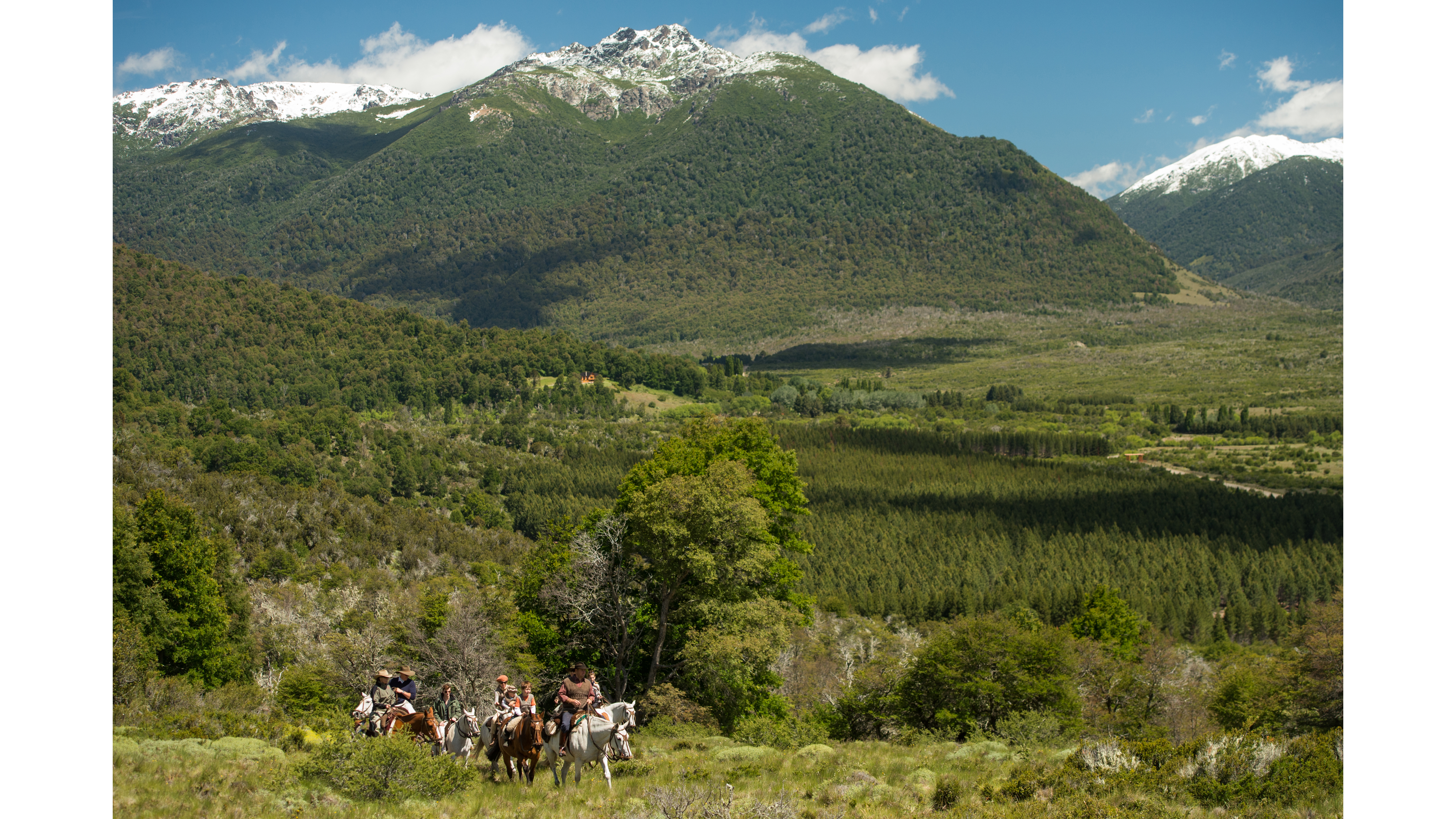 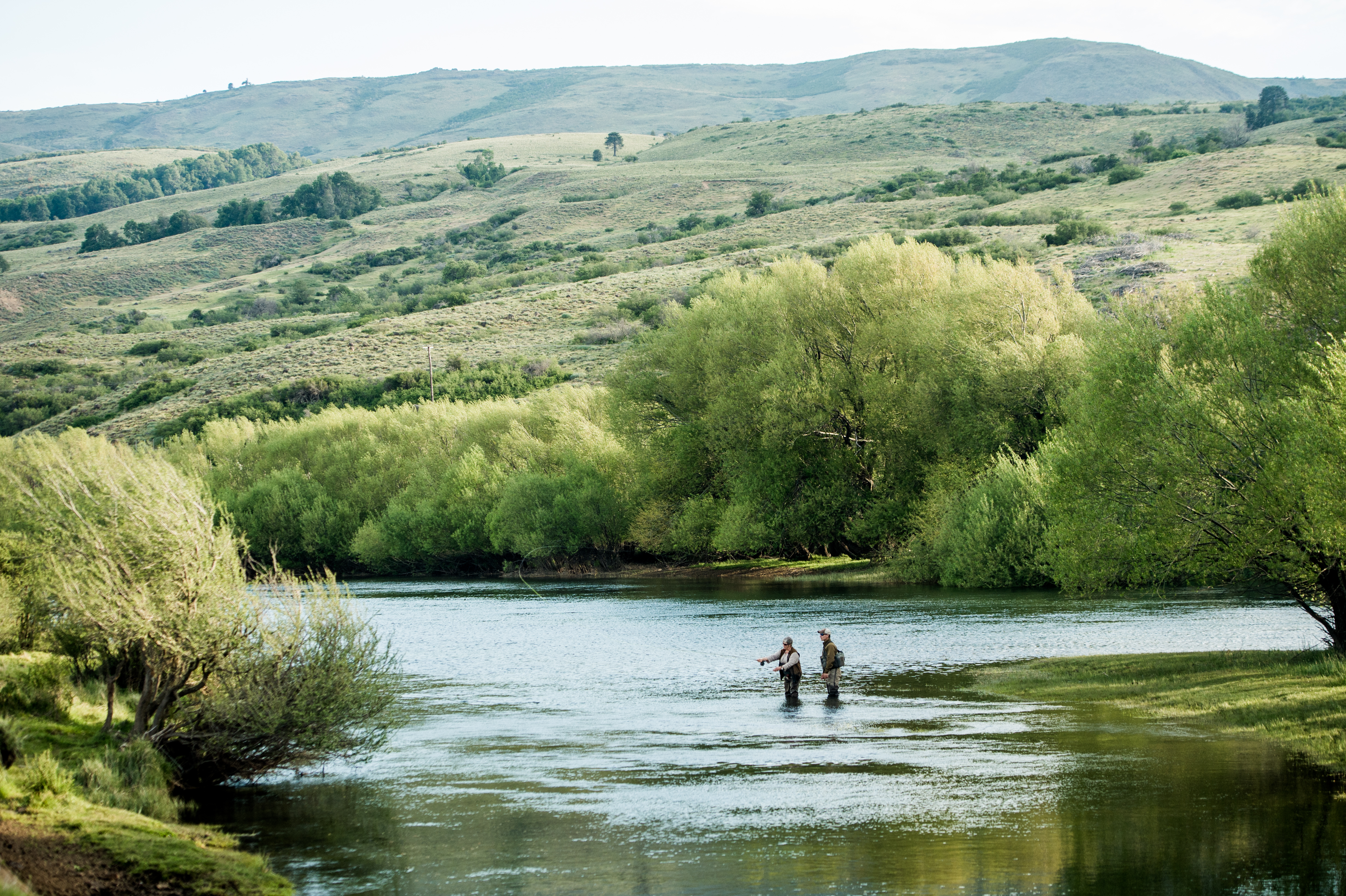 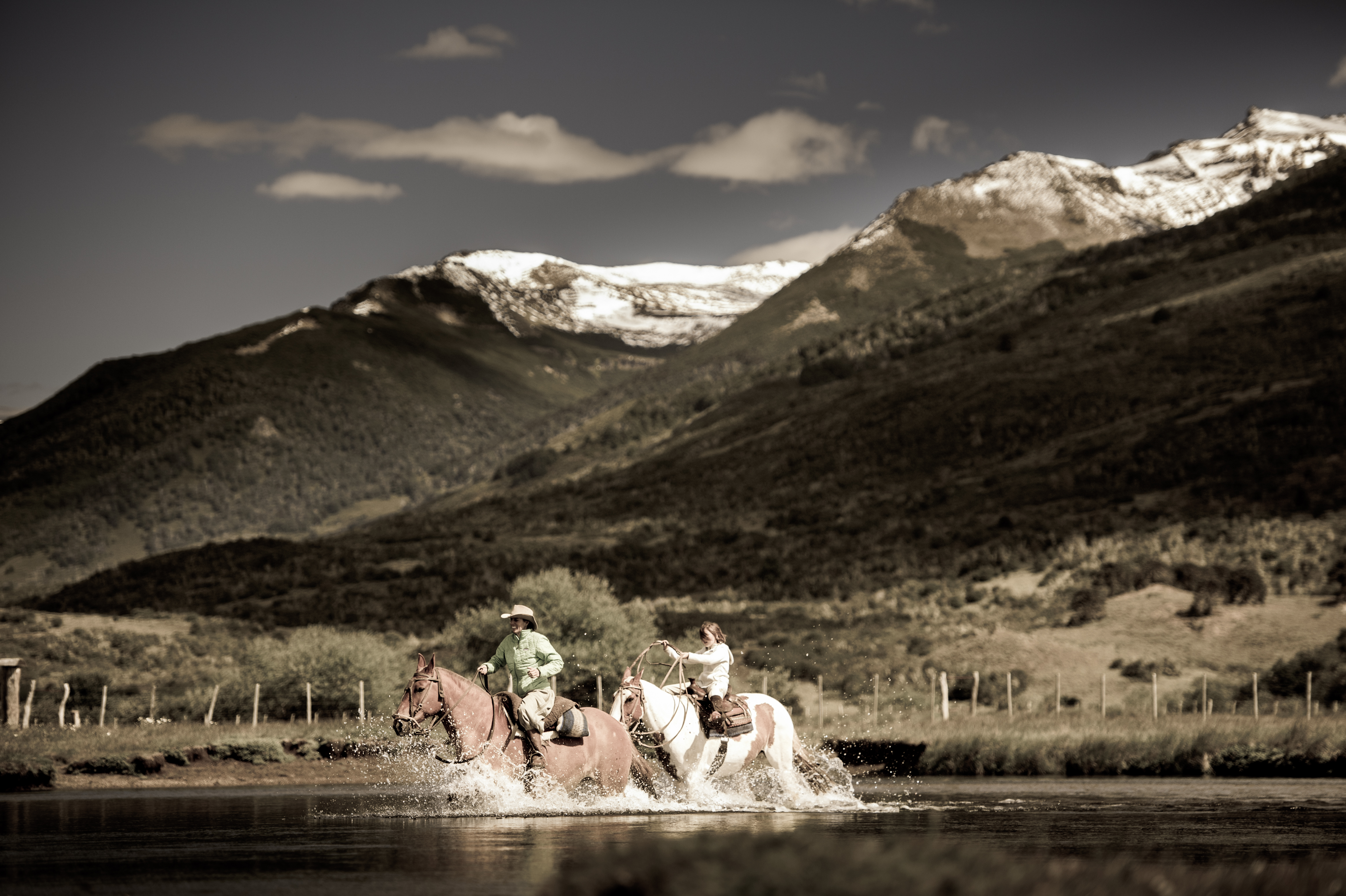 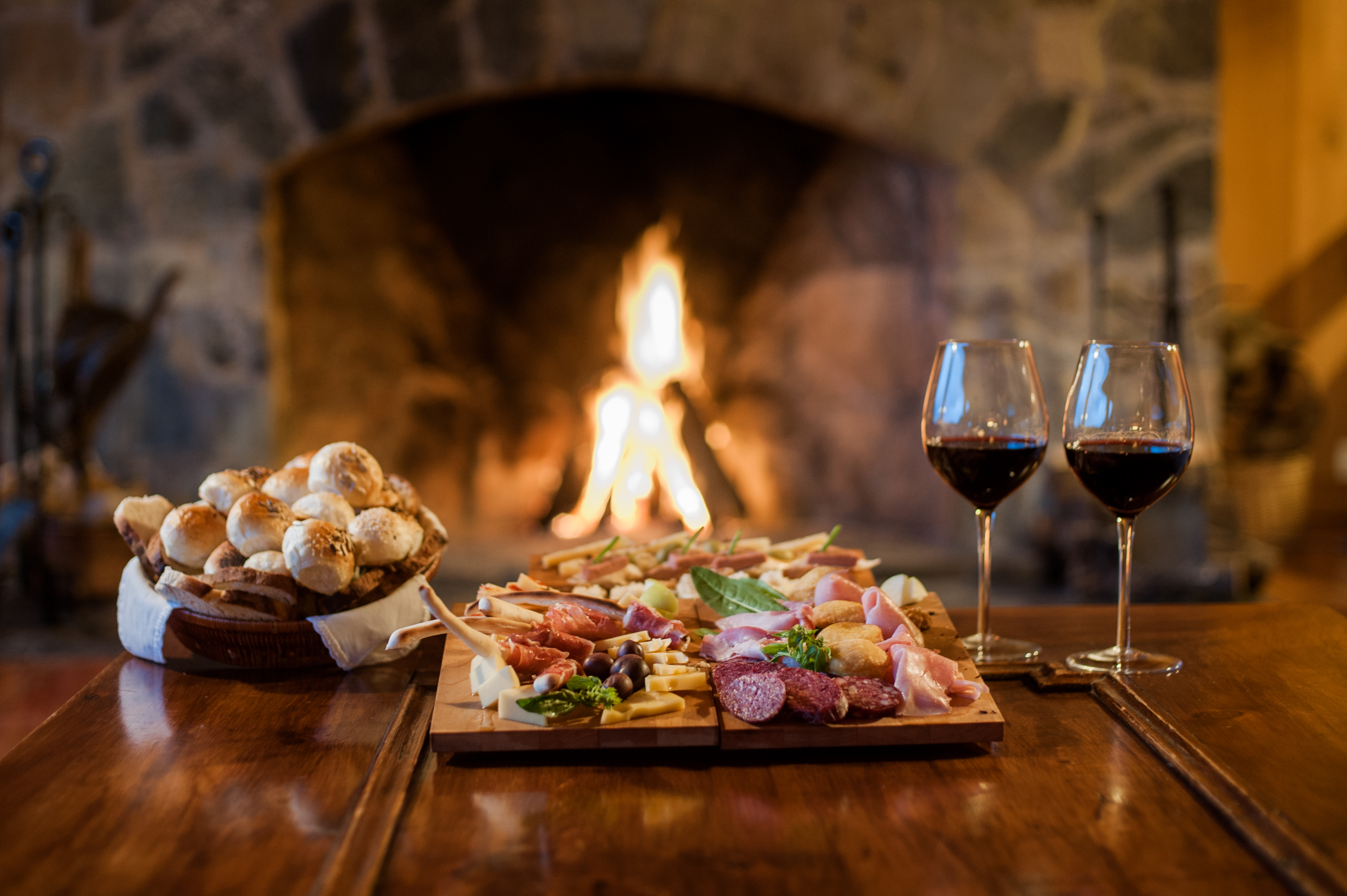 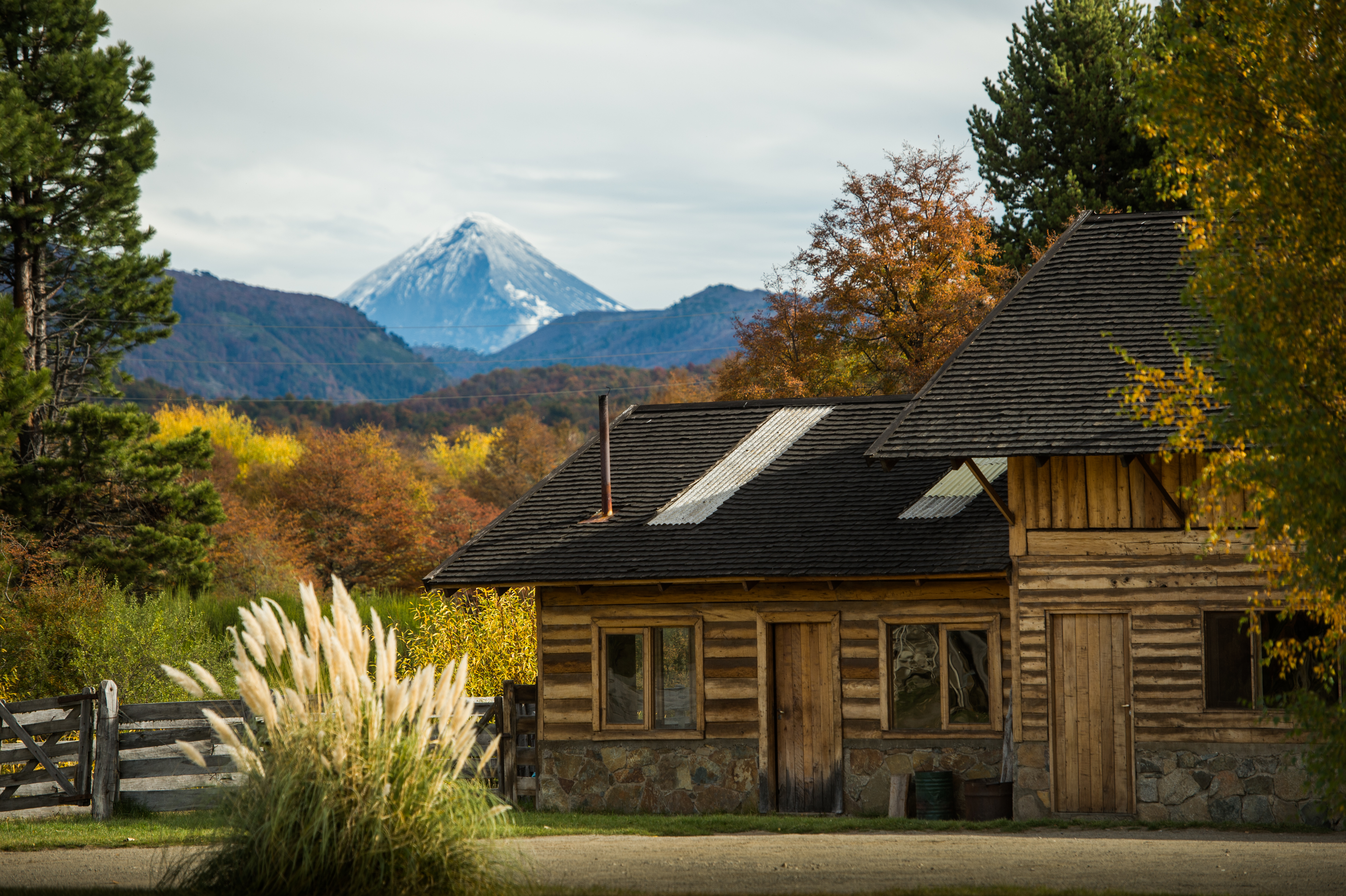 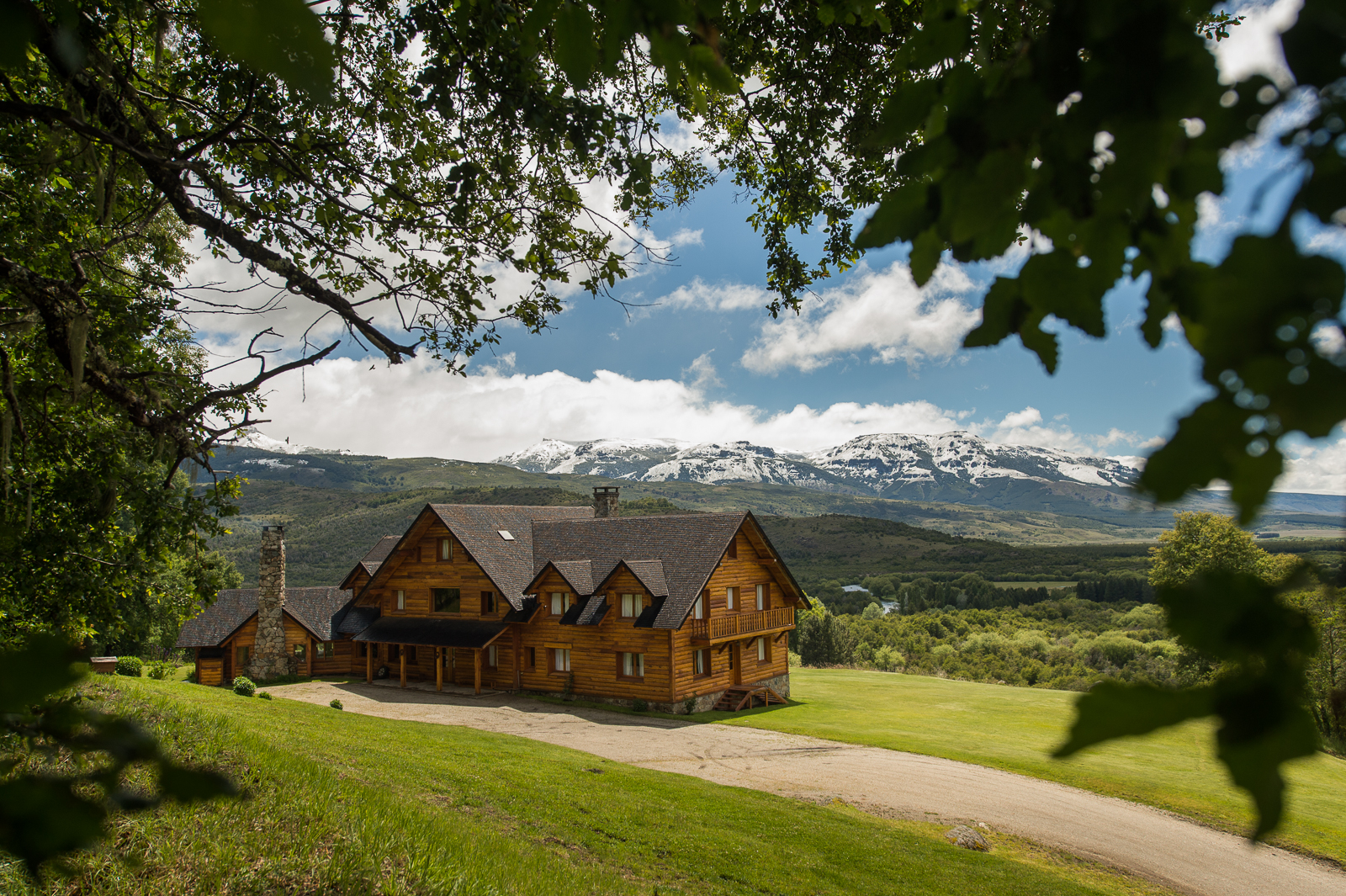 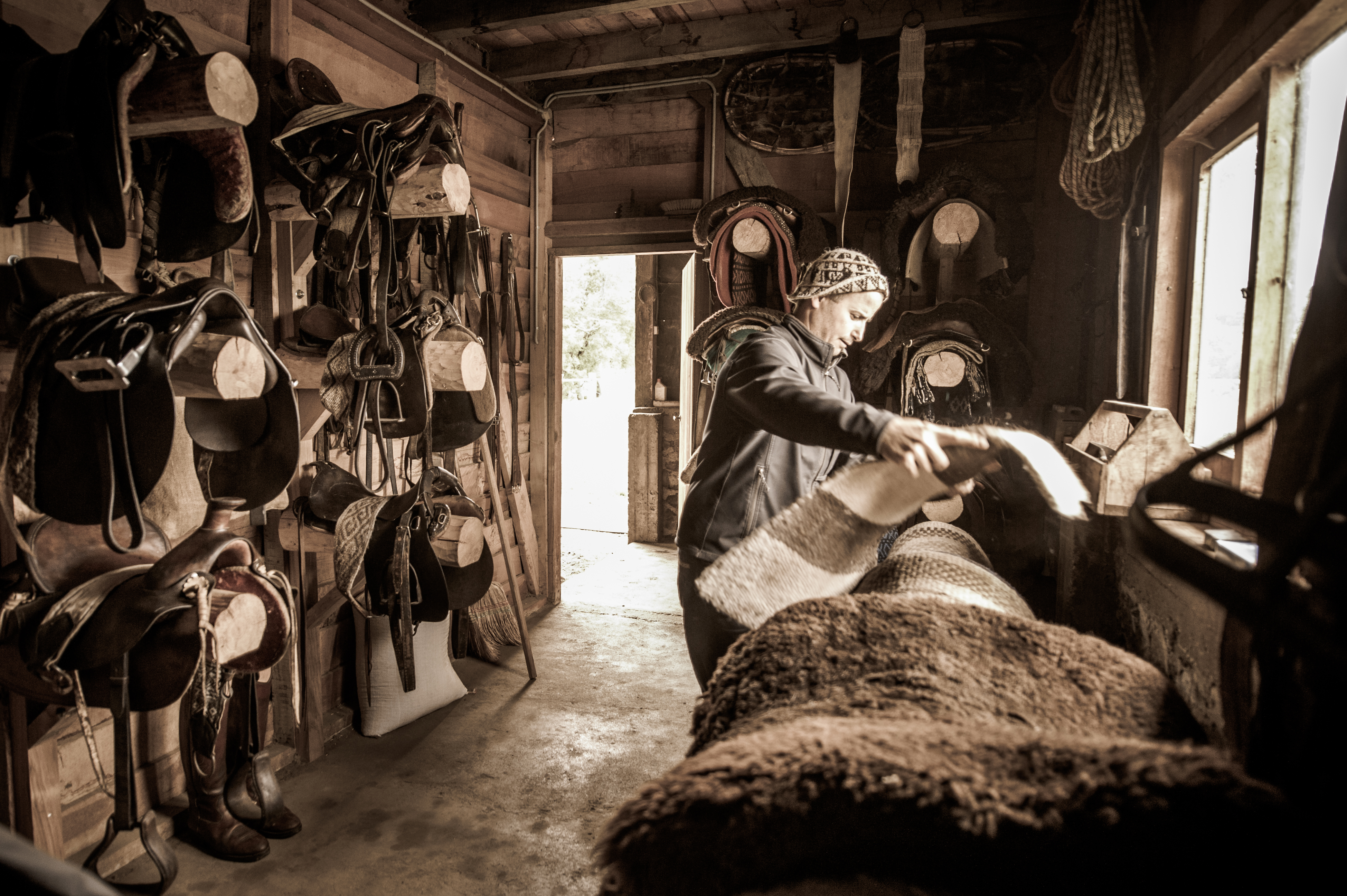 Set against the backdrop of the Andes is Patagonia, the vast southernmost tip of South America. FOUR speaks to Agustina Lagos Mármol, from Caballadas ranch in the region, to find out why preserving this corner of the world is so important.

Can you explain a bit more about the story of the ranch?

My parents have lived at Estancia San Juan de Quillen, the home of Caballadas, for the past 50 years. My father moved there first. He was born and raised in Buenos Aires but his family spent every summer in Patagonia and he knew at a very young age that he wanted to spend his life there. Once he reached his twenties he moved to the estancia and never looked back. He met my mother a few years later; they married and raised their family there.

My mother is fantastic and dedicates her time to helping the local people. She manages La Liga, a non-profit shop on the estancia that provides clothing and household goods for the community. The shop dates back to the 1950s when it was founded by my three great-aunts who lived on the estancia. They managed the big house in the summer holidays when all the rest of the family came to visit.

I grew up with 11 kids who were brought to the house by my parents one day. They were the Castillo children – Ines , Miriam, Luvio, Hugo, Luz, Flor, Tito, Ana, Sara, Veronica and Mirta – who came across the Andes from Chile in 1958. Their mother died in April 1969 during the birth of the eleventh child and soon after their father abandoned them.

So my father brought them to the house (the Casa Grande that you see in the pictures) and he and my mother decided to raise them. They sent them to the local school and then to boarding school. Some of them went on to work in Buenos Aires but now they have all settled in towns near the estancia.

At one time we had more than 40 families living on the ranch. After World War II many people migrated – Europe was devastated and people fled in search for a better future. During the 1940s and 50s about a dozen Polish families, along with about 30 Chilean families, arrived at the ranch.

My family ran three wood mills at the time and so there was plenty of work for them. We had a primary school on the estancia where my siblings and I went to school along with the workers children – there were about 50 of us in total. At the end of autumn we went to Buenos Aires, leaving behind the cold Patagonia winter and continuing school in the capital.  The migrant families stayed on the estancia until the 1980s when the wood boom ended.

What is unique about the Caballadas Ranch in your opinion?

Caballadas is located to the north of Lanín National Park, the most secluded and scenic part of the Patagonia Lake District – staying on the ranch is like having a national park all to yourself. Family-owned and run, Caballadas was established in Argentina’s Northern Patagonia in 1908. The estancia dates back five generations to attorney and pioneer Don Juan Lagos Mármol who came to the area when the Minister of the Interior asked him to investigate “irregularities” at the Justice Department in the Neuquén province.

The ranch looks very open and inviting. This seems to be in line with Patagonia as a destination. What do you think is unique about the area of Caballadas and what it offers?

Caballadas is located to the north of Lanín National Park, the most secluded and scenic part of the Patagonia Lake District. Here there are monkey puzzles, virgin forest, fresh clear waters for fishing – it is completely pristine and private.

Who helped design the Ranch?

My great-grandfather Juan built the Casa Grande (Big House) in the 1940s. He brought carpenters from Germany and used Polish workers. There was no electricity and no roads so they had to build everything including bridges to cross the river. My great-grandfather imported an electric turbine from Germany (Voith is the brand) and brought it to the ranch. In order to generate electricity he built a 3 km channel starting in the hills behind the house, running all the way down to the turbine. We still have it and it still works!

Walk us through the dining options at the hotel. What is a signature dish of the chef, or a particular local speciality?

The lodge has a cook Alicia, who has been with the family for 20 years. Highlights are Argentinian steak, spinach cannelloni and homemade bread along with endless supplies of Malbec.

What would be the main draw for people to come to Caballadas?

Patagonia is becoming a very popular destination for tourists from abroad. What can guests expect from a stay in this region?

The most visited part of Patagonia is Torres del Paine and Fitzroy down in the very south, we have our own unknown corner of beautiful Patagonia – away from the crowds and tourists, this is a slice of Patagonia just for you.

What are the future plans for the ranch?