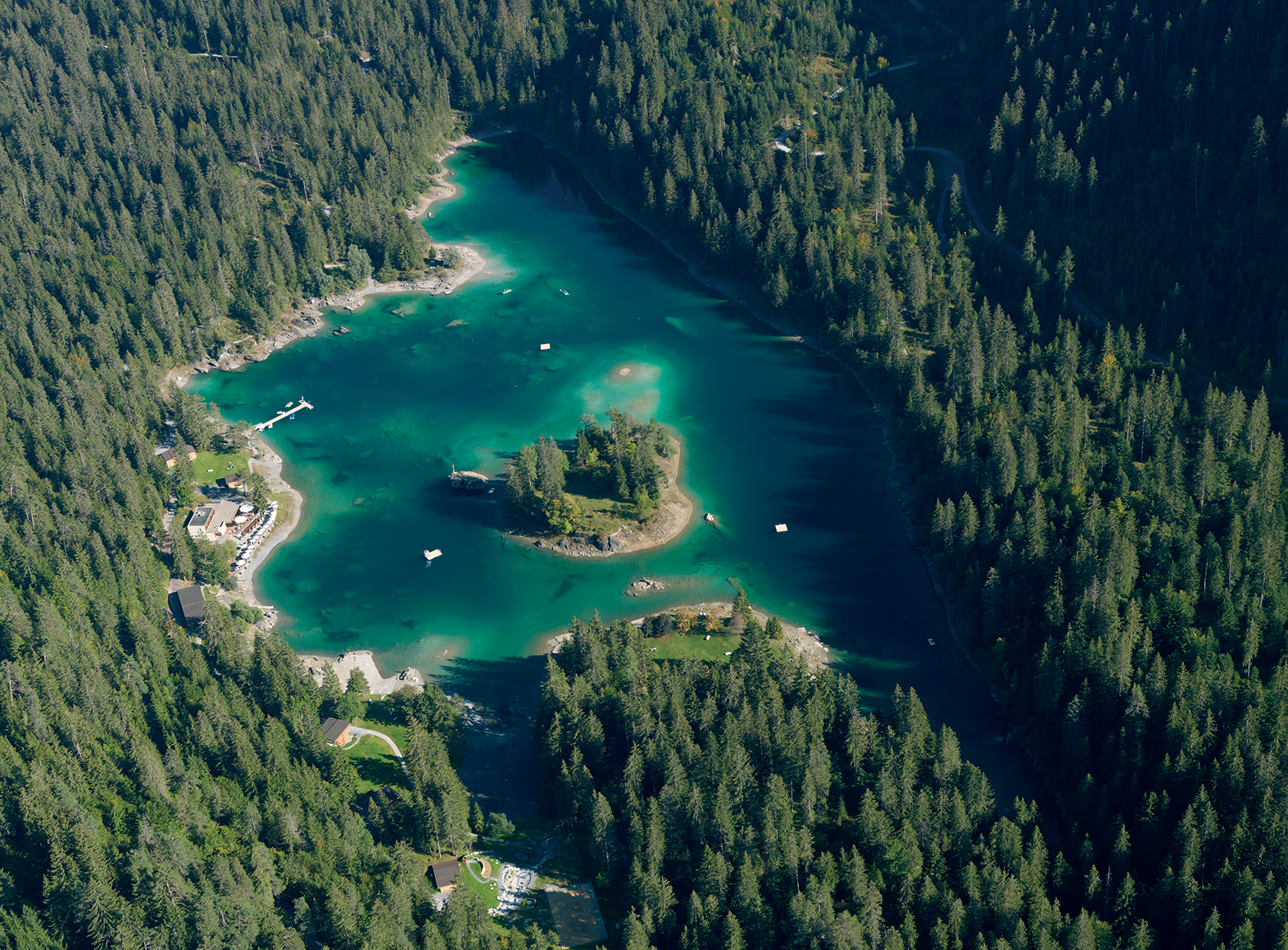 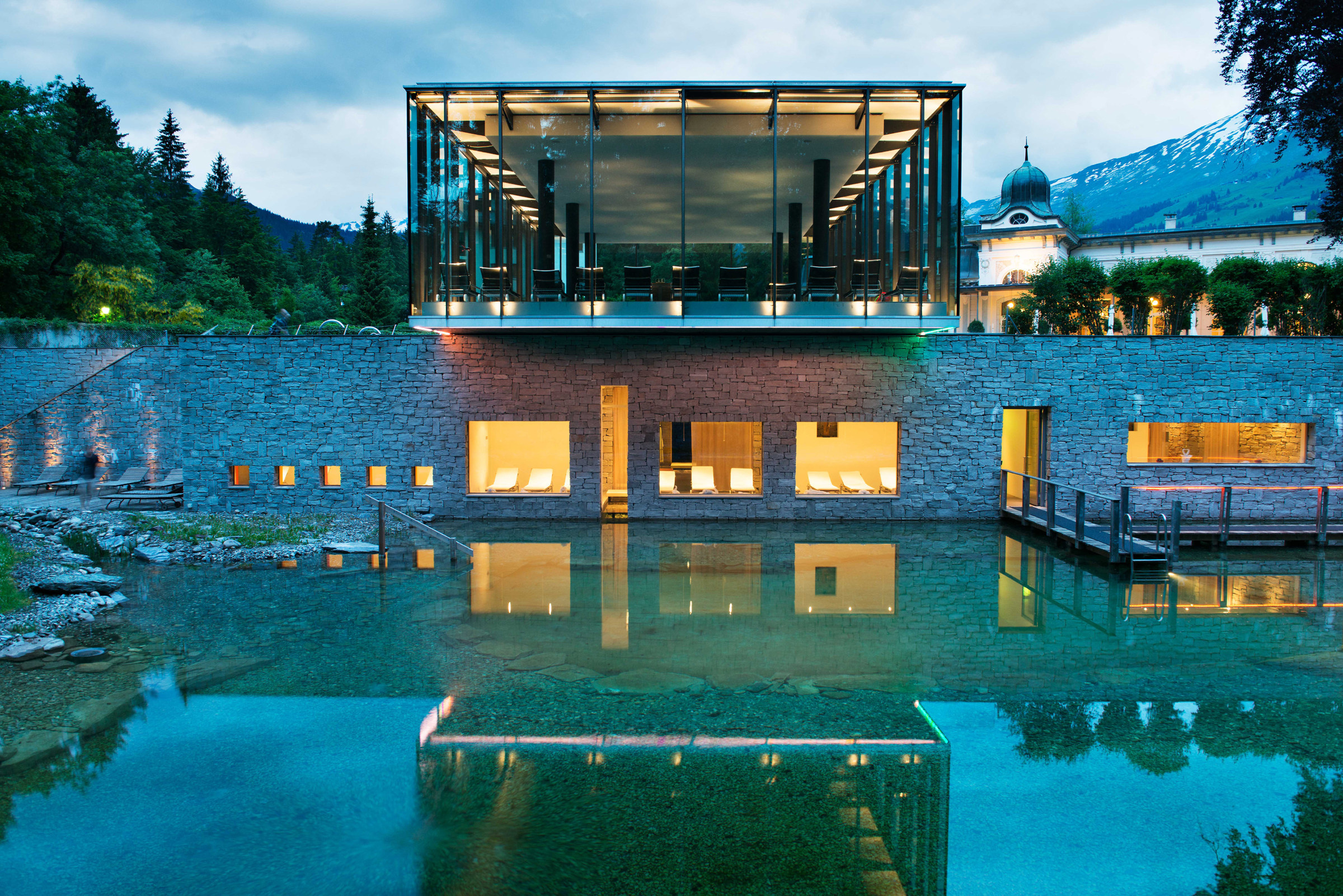 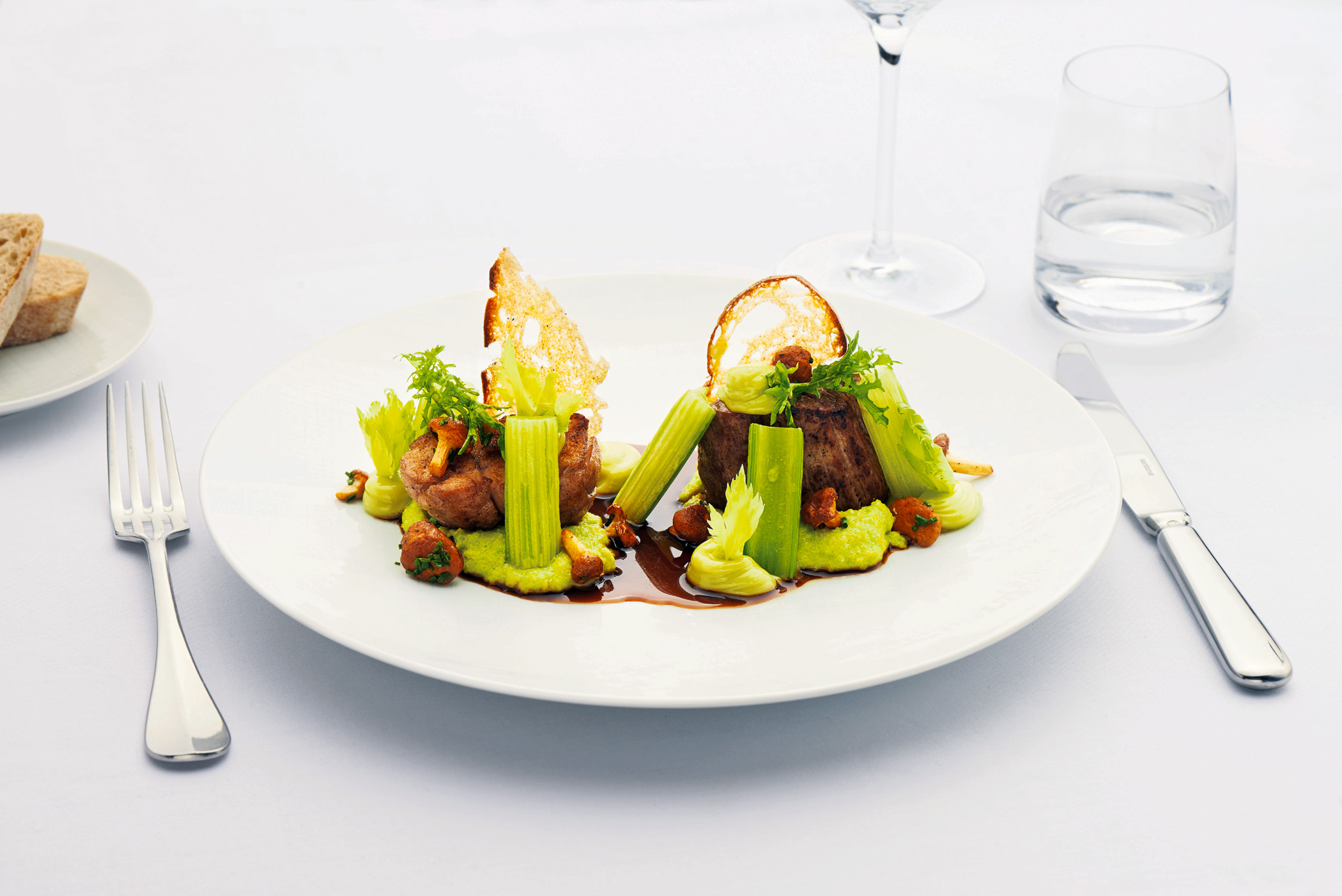 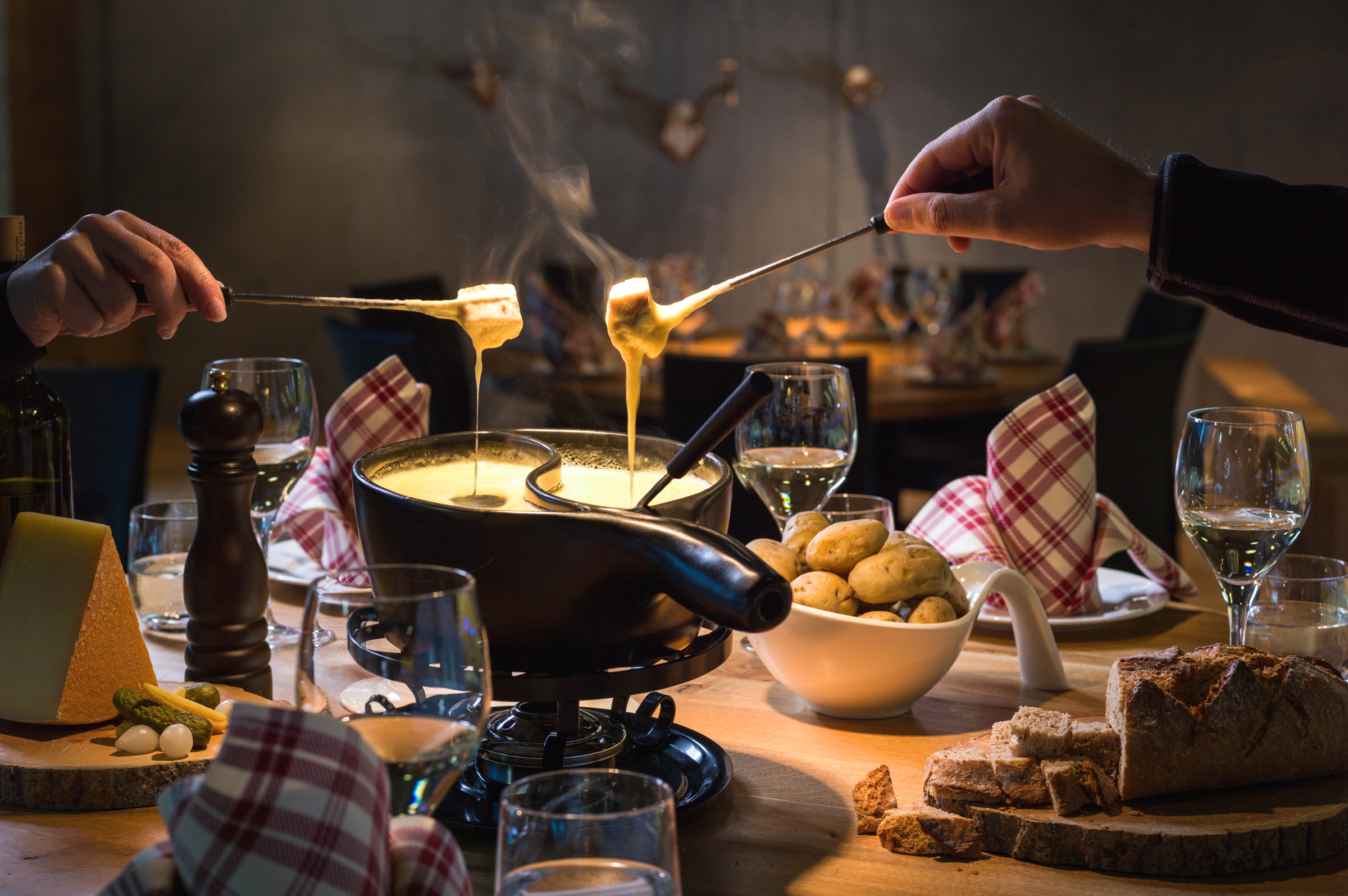 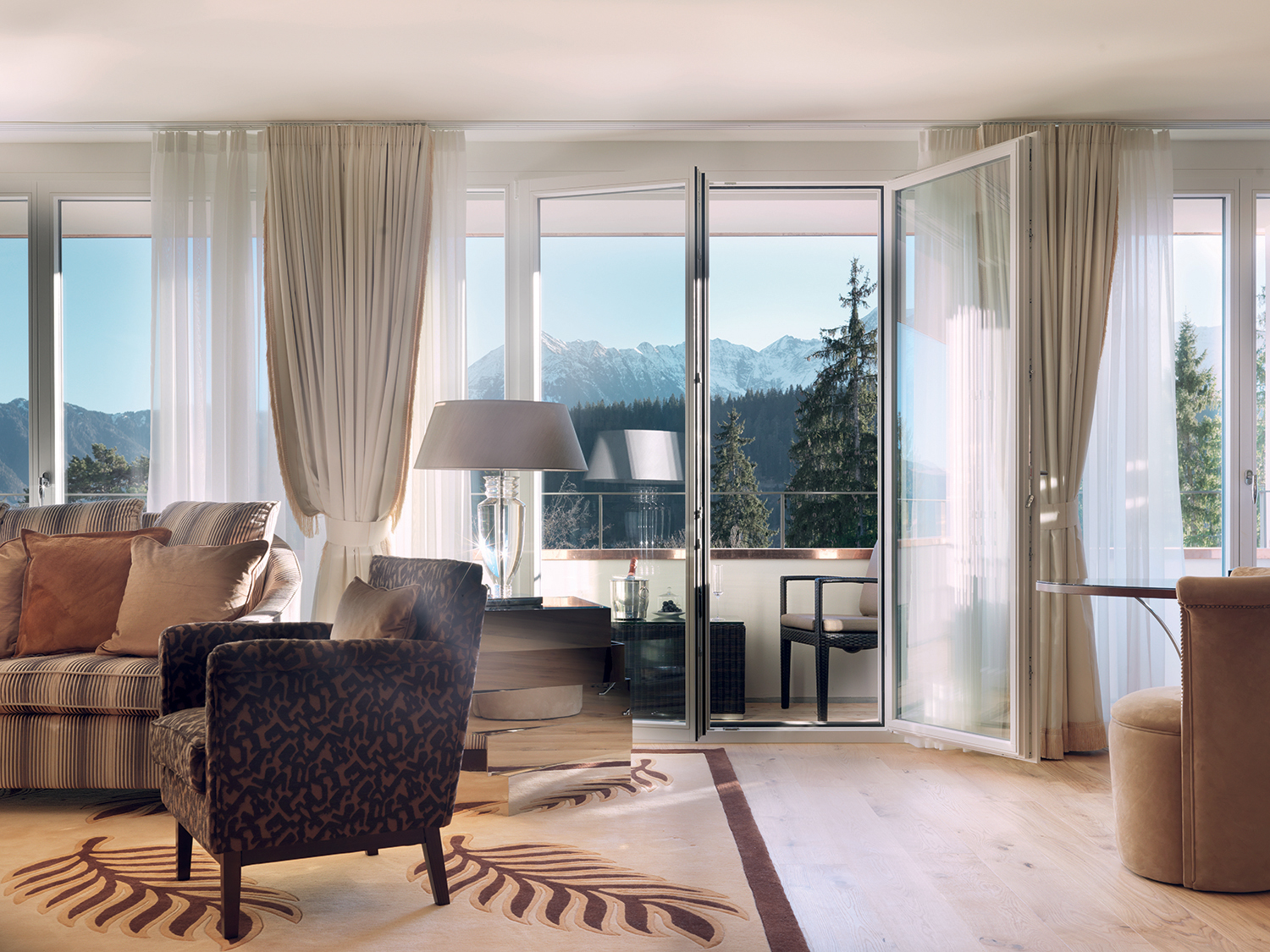 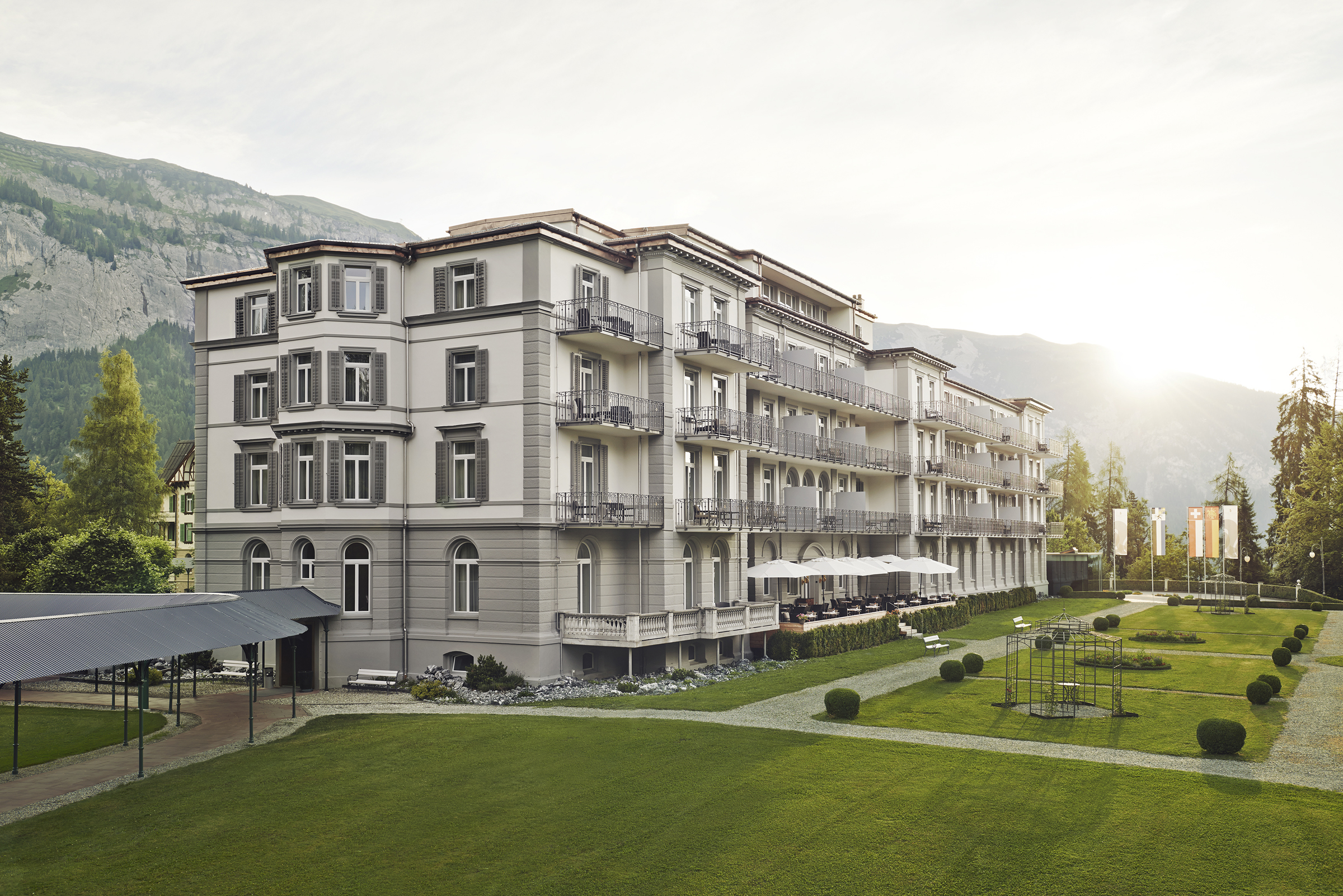 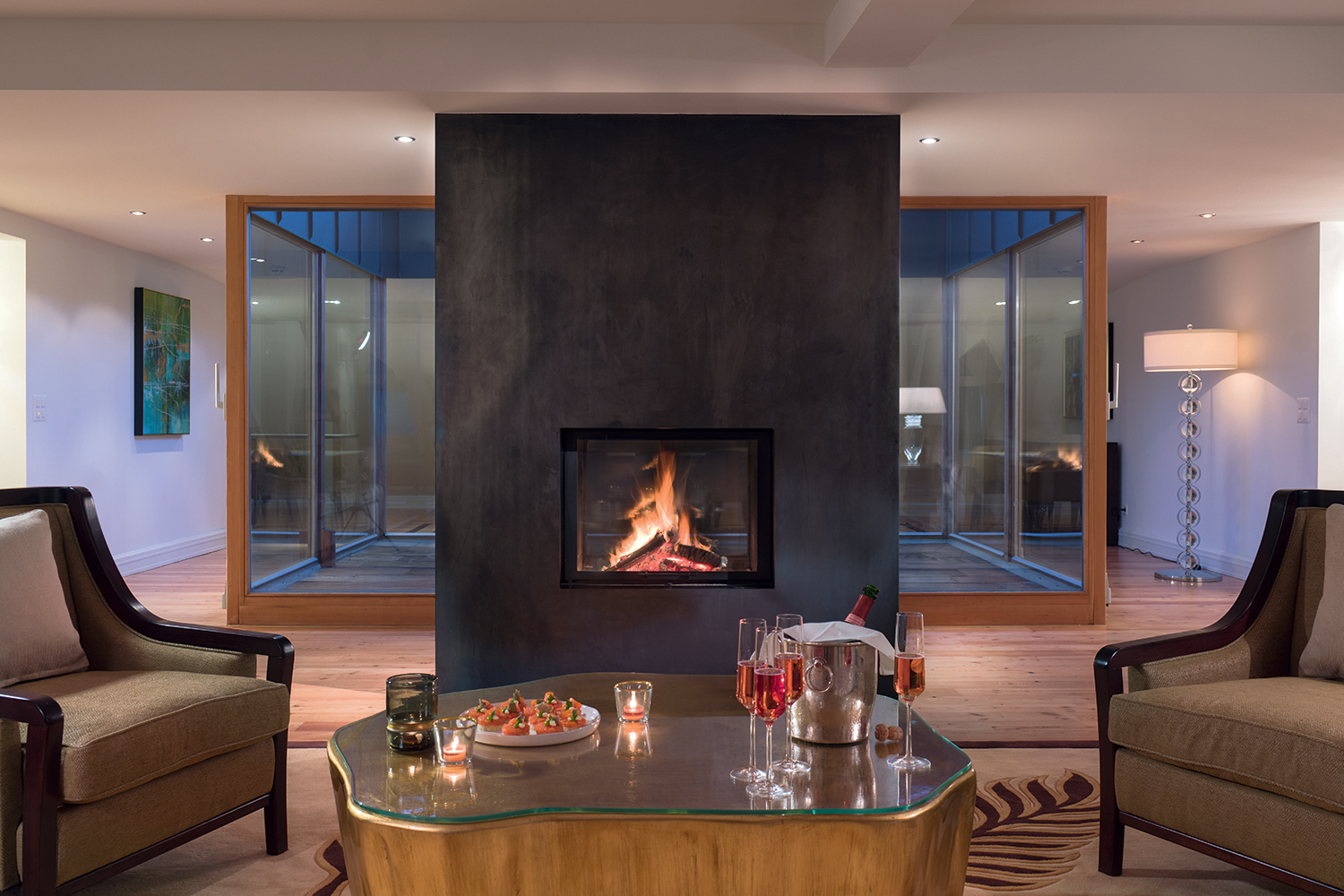 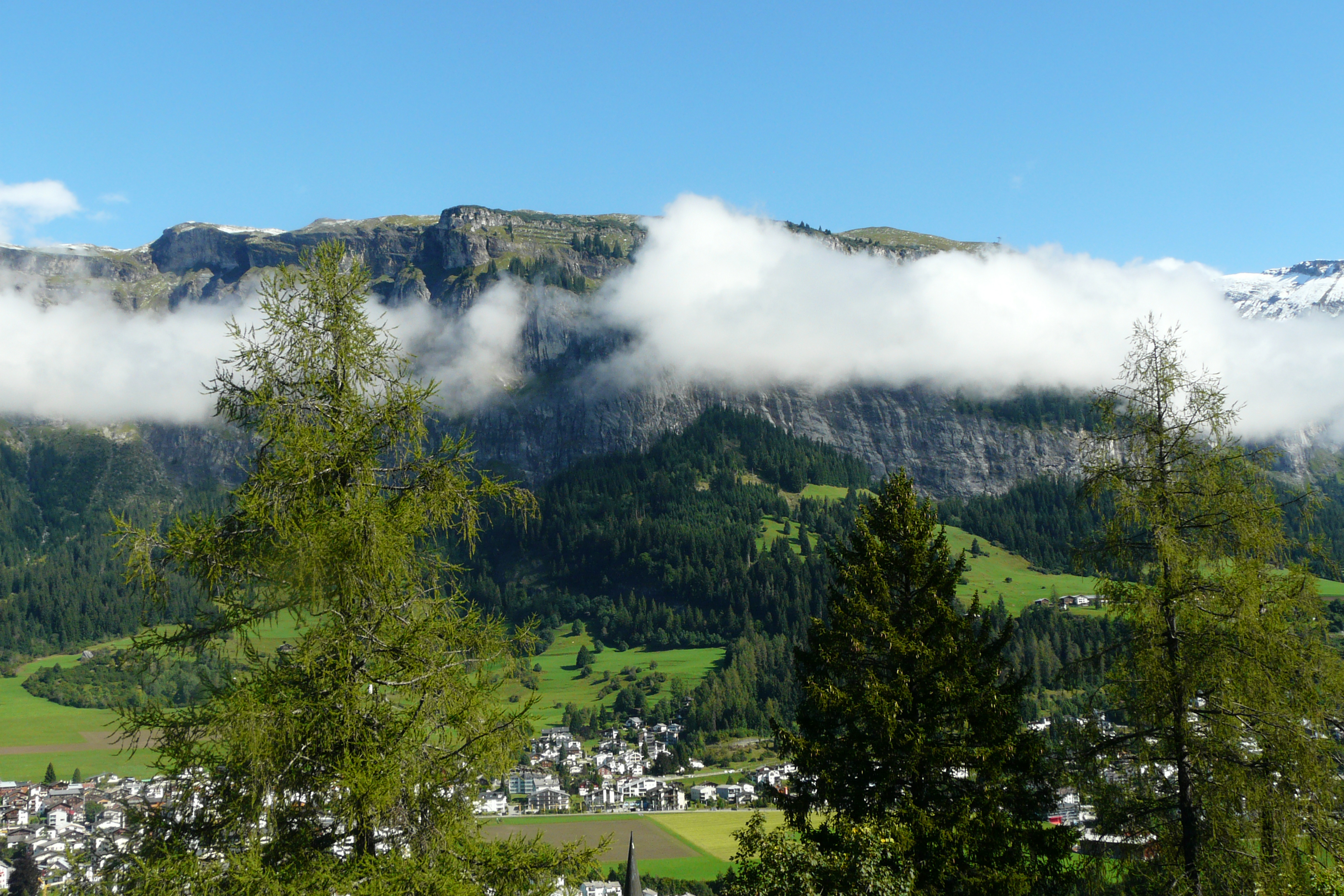 Switzerland is home to some of the finest hotels and luxury spas in the world, but there’s one in particular that made an impression on Rowena Marella-Daw for its location and history.

The Swiss like to keep the best things to themselves, particularly their wines and exquisite artisan chocolates. Who can blame them? But while they produce their more exclusive treats in small quantities, the country is never short of majestic landscapes, and even lesser-known villages cradled by jaw-dropping peaks are not so easy to keep a secret.

One such gem is Flims, a small village in the canton of Graubunden. It shares a ski resort with its neighbours, collectively known as the Flims/Laax/Falera ski resort, where the slopes are popular with snowboarders. Compared to the region’s prime ski destinations, such as St Moritz and Davos, Flims is fairly low-key, yet endowed with picture-perfect landscapes that make it pretty special. Outside the ski season, hikers, bikers and families flock to Flims for its trails, bike routes and lakes.

Fortunately though, Flims has a sybaritic side perfectly suited to non-skiers like myself, and the ace up its sleeves is Waldhaus Flims Alpine Grand Hotel & Spa. This luxurious oasis was worth a detour from my jaunt in Zurich to find out why it garnered the title ‘Best hotel spa in Switzerland’ at the 2017 European Health & Spa Awards.

Waldhaus Flims has earned a place in Switzerland’s hospitality history. When it opened in 1877 as the Kurhaus (cure house), it incorporated a small bathing area on Cauma Lake, a sawmill, cow shed, and post office building with stables. It flourished through to the Belle Époque era with the opening in 1889 of Villa Silvana, which played host to European royalty. Throughout its history, the hotel expanded and changed names at least a dozen times, then underwent major refurbishment in 2016, reopening just in time for its 140th anniversary in 2017.

Indeed, Waldhaus Flims has gone a very long way, and the end-result makes it a destination unto itself – a refined retreat encompassing the five-star Grand Hotel, the four-star Villa Silvana and Chalet Belmont, all set within Waldhaus Park, a sprawling estate framed by sweeping views of valleys and snow-capped peaks.

Good design is vital in setting the right mood. Stepping into the Grand Hotel’s lobby, I recognised the hallmarks of 21st century elegance blending seamlessly with Swiss-style tradition. Even on a grey, rainy day, the reception lounge remained bright and airy, natural light peaking through wrap-around floor-to-ceiling glass walls. Earthy tones and classic textures mingle with modern lighting resembling works of art, and there was undoubtedly a warm, welcoming aura about this place.

By the time I checked into my room, low clouds had already rolled in, bringing more atmosphere and depth to the surroundings. From my veranda I could see the idyllic Swiss tableau – the rustic Villa Silvana, pine forests, emerald slopes and mountains. And tempting as it was to just lie back and enjoy the scenery, the lure of the newly renovated 3000sqm Waldhaus spa was too good to miss.

The stand-alone spa complex adjacent to the Art Nouveau pavilion is encased in glass to make the most of the landscape, which turns magical when covered in snow. I was spoilt for choice with three pools: one indoor, an outdoor heated pool, and a natural outdoor pond fed only by mountain spring water. Cold water is said to do wonders for the circulation, so when the outdoor pond freezes, they dig a hole near the jetty so brave souls can take a dip, then warm up in the adjacent in-ground sauna featuring an open fire. But it was the rising steam from the heated outdoor pool that finally won me over with its warm waters and whirlpool jets, coupled with cool mountain air and dramatic Alpine scenery – one of my most relaxing experiences to date.

Down at the spa, there are Swarovski Physiotherm cabins fitted with infrared beams that emit gentle warmth to soothe aches and mains, while the female-only ‘saunascape’ comes with aromatic baths using essences of mountain herbs. A special feature here is the 100sqm private spa suite equipped with its own Jacuzzi, sauna, a sensory shower and massage beds. Among their treatments, I reckon that Tejetsch, a blend of massage techniques, pressure point therapy, hot and cold stones and special suction cups, is a popular choice.

Waldhaus Flims also happens to be a prime gourmet destination with five restaurants, each one with its distinct character and speciality cuisine. The elegant Grand restaurant brings classic favourites to the table, and my ‘Seabass fried on the skin’ was very enjoyable, served with side dishes in La Cocotte Staub cast-iron pots to imbibe a country-style dining experience.

Restaurant Epoca earned 14 Gault-Millau points for its inspired menu of regional specialities with a twist, such as Smoked Duck Essence soup with praline, kumquats and pak choi. Il Tschaler, an intimate setting in the Grand Hotel’s vaulted cellar, specialises in fondues and raclettes, while La Tavolata’s dining concept allow guests to enjoy private gatherings in the wine cellar or the Belle Epoque pavilion’s underground museum, a treasure trove of mementos from the hotel’s illustrious past.

After a dose of laid-back luxury, it was time to explore the wilds. The concierge pulled out a map and showed various trails within walking distance from the hotel. I’ve seen photos of Cauma Lake (Caumasee), and after an easy 20-minute walk through the forest, there it was – a pristine lake in every imaginable shade – jade, emerald, turquoise, cobalt blue. Best viewed from the top, it would be a crime not to set foot along its shores. Visitors can either walk down or take a short funicular ride down to the lakeside café and terrace. I chose the easier route. Visitors come here to recharge, relax, swim, or simply take in the mesmerising vista of calm waters framed by dense pine forests.

Next on my list was a hike from Cauma lake to Conn to view the Ruinaulta (Upper Rhine Gorge), which was formed some 10,000 years ago by the Flims Rockslide, the biggest recorded in the Alps and the rest of the world. The river Rhine flows through this deep canyon, making it a popular destination for canoeing and rafting.

Arriving at Conn, I came face-to-face with “Il Spir”, a vertiginous observation deck hovering over the cliff. Held down by tow cables, its platform sits on top of the pillar and is shaped in a triangle to resemble a swift. Conquering my vertigo, I clambered all the way to the top for a glimpse of the river snaking its way around the gorge. The exhilarating panorama was worth the trek, but not chancing my luck with a selfie, I managed to get a seasoned hiker to take my photos.

Seeing Cauma Lake and the Ruinaulta, I felt a sense of accomplishment and the idea of a longer trek to explore the lakes at Laax and Cresta was not far from my thoughts. In the meantime, having burnt a few calories, it was time once again for some pampering at Waldhaus Flims.