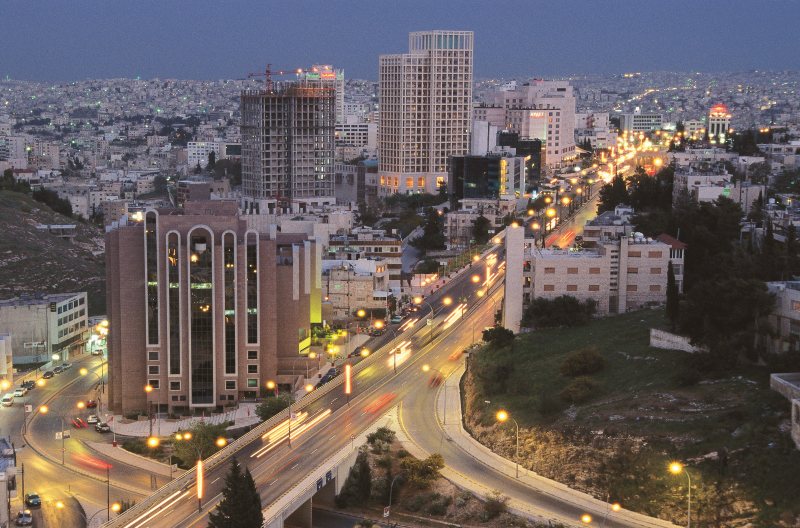 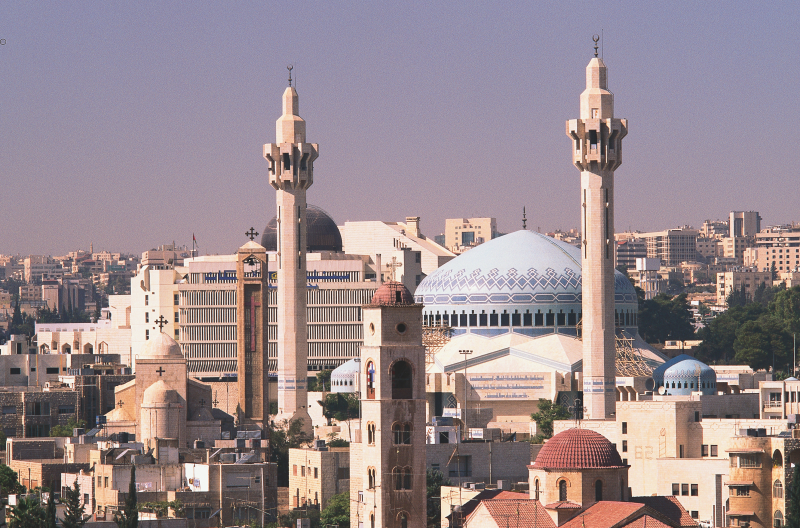 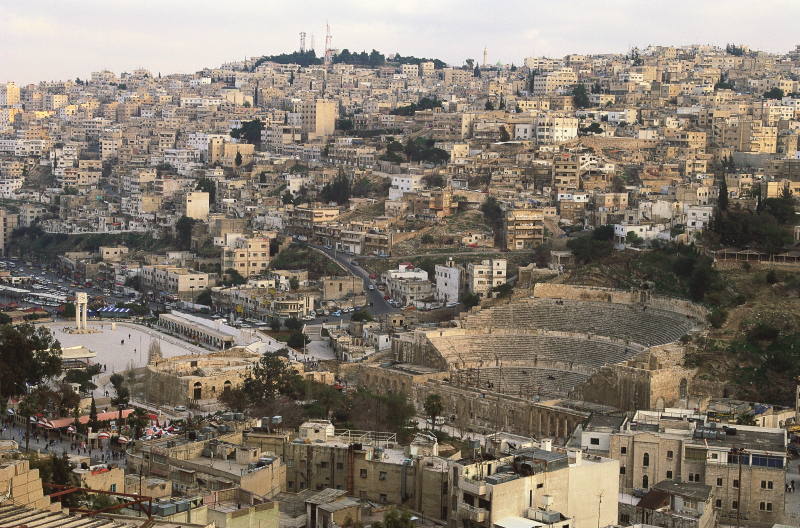 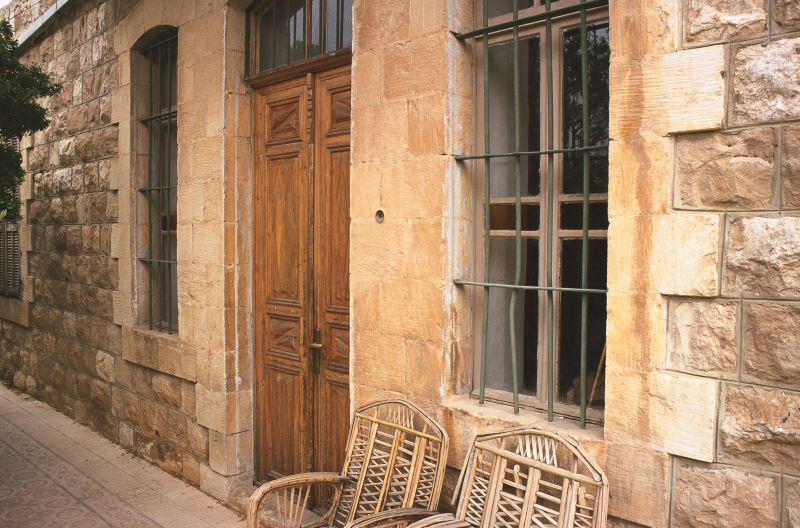 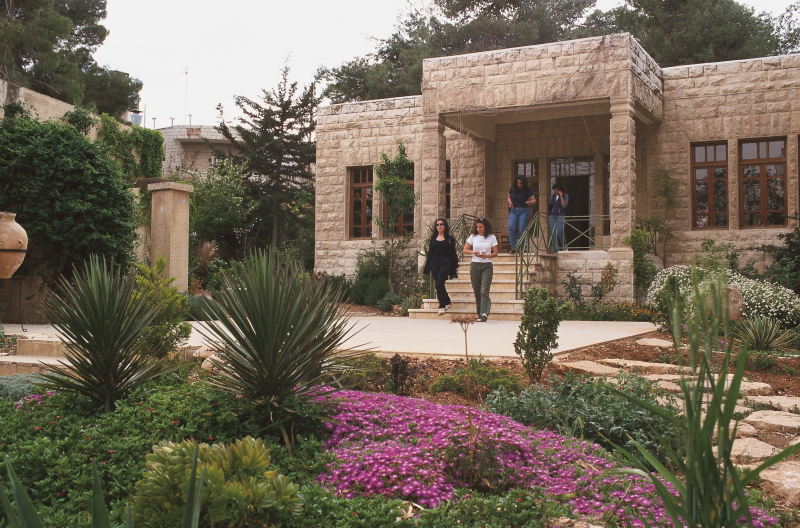 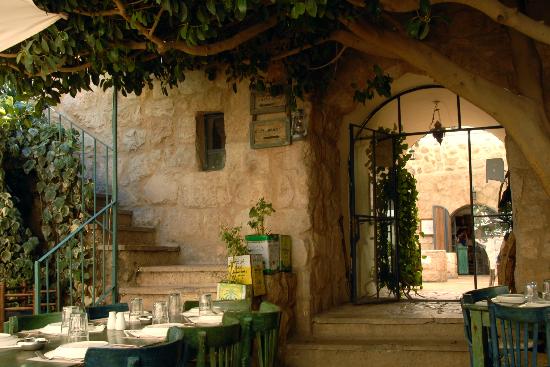 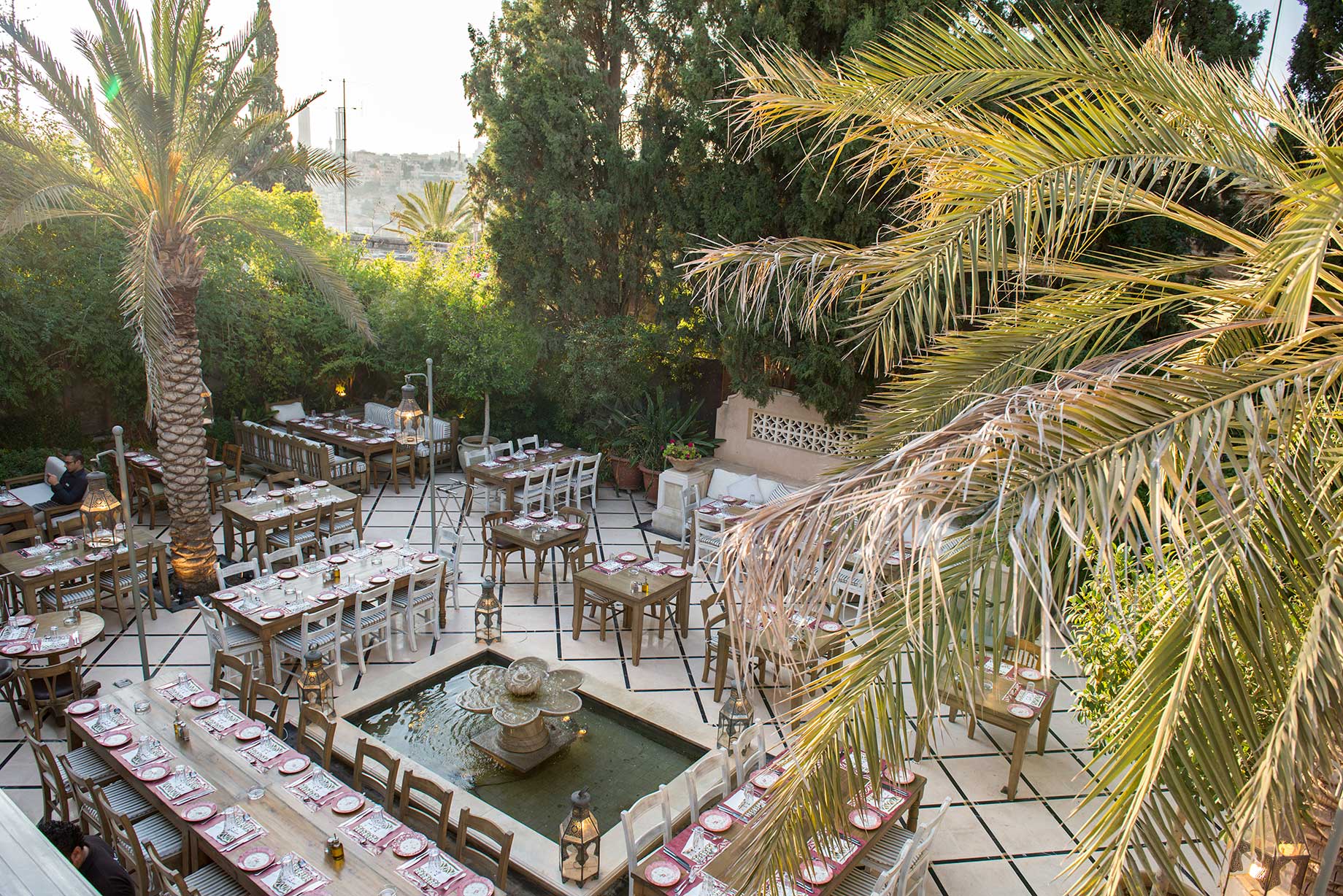 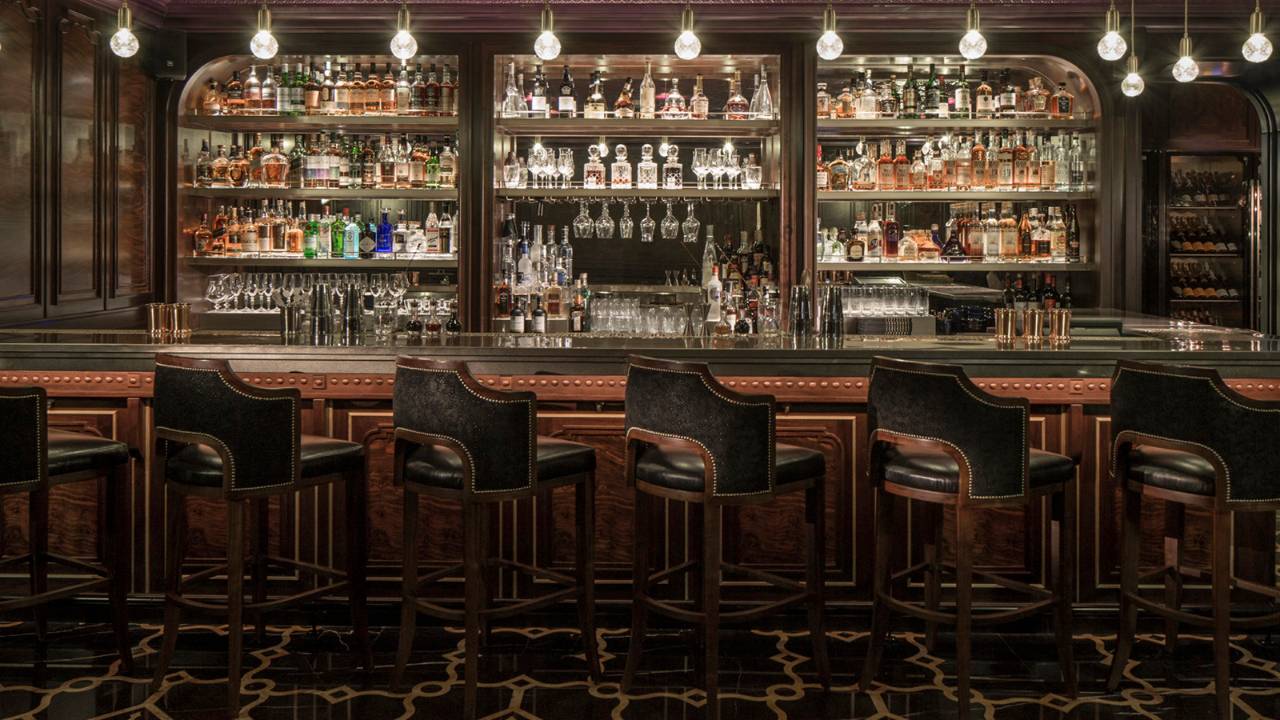 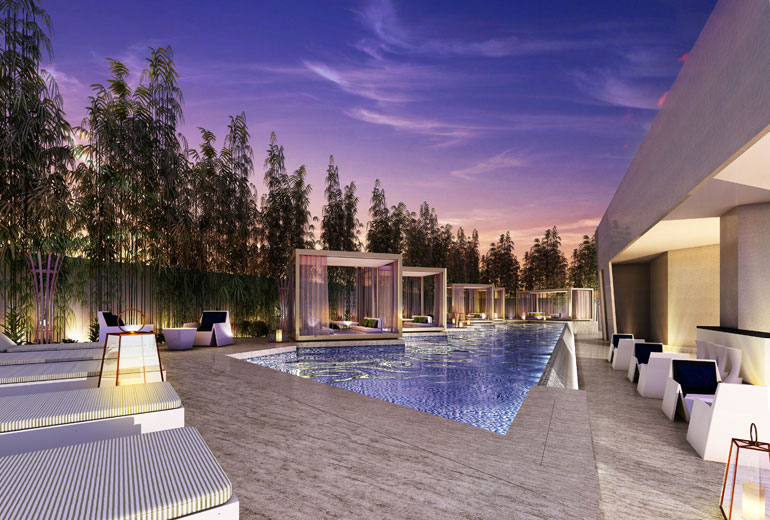 A weekend in Amman

Only a stone’s throw away from some of the oldest historical sites in the world including Petra, Jerusalem, and the site of the dead sea scrolls, the Qumran Caves, the bustling capital of Jordan has plenty to keep you entertained before continuing the onward journey.

The understated capital in the North of Jordan is a perfect city break destination, easily reachable by plane from most European and International airports, and well-connected to the centre and outskirts once you arrive. The city is easily explored in just a few days, but with a wealth of both traditional and contemporary eateries, a progressive arts, crafts and cafe scene, spectacular historical ruins, plus a myriad of beautiful mosques and souls, Amman is steadily emerging as a city that leaves you wanting more.

Amman’s terrain is typified by its mountains, with the city originally having been built on seven hills. Downtown Amman can be found at the bottom of Jebel Al Qala’a, the highest hill in Amman, and is eclipsed by the ruins of the ancient Citadel – a must-see in Amman. Within the hubbub of the downtown streets, an array of traditional souks, mosques, cafe’s and restaurants are all waiting to be discovered.

The more affluent west offers leafy residential districts, hipster cafes, bars, modern malls and art galleries, offering a slightly more contemporary side to the dynamic city. Although being predominantly conservative, Amman is probably one of the most relaxed and liberal of all the countries in the Middle East.

Whether it’s history, culture, or art that gets you going, ultimately, food will be at the heart of your trip. Food is the cornerstone of Jordanian society, whether it be a quick knafeh, a hearty mansaf or a full blown mezze lunch, you will not be going hungry when in Amman. And if it’s not, it will be by the end…

Site of the ancient Sabbath-Ammon, excavations at the Citadel have revealed remains of Roman, Byzantine, and early Islamic civilisations. Located on one of the highest hills of the city, the Citadel offers panoramic views of Amman, as well as an introduction into the countries incredible history.

Built around the 2nd century AD, the theatre is a remnant of the Roman settlement in Amman, or Philadelphia as it was once called. Now used for outdoor concerts and sporting events, the theatre has become a popular meeting place for young Ammani’s and travellers alike.

Located next to the City Hall, the Jordan Museum is housed in an unmissable modern building. From the Dead Sea Scrolls, to some of the oldest-known human statues, the museum’s informative displays share some of Jordan’s fascinating historical relics.

A social project dedicated to providing local women with stable employment, the Jordan River Foundation is housed in a beautiful 30’s building and offers an array of handcrafted goodies.

Overlooking the old city of Amman, the Wild Jordan Centre is owned by the Royal Society for the Conservation of Nature, and promotes eco-tourism and sustainable development for rural areas.

Located north of the downtown area, the Darat al Funun and the National Gallery of Arts can be found adjacent to one another. Separated by a small park, the area has become a cultural hub dedicated to contemporary art. The main building features works by Jordanian and Arab artists, an art library, a cafe, as well as workshops for visiting artists.

Mild Rumbles
For lunch, snacks, or just because you can’t have too many baklava, make your way down to downtown Amman for a food-lovers paradise. Here you will find souks laden with Middle Eastern staples such as cardamom, cumin, thyme and za’atar, while every other shop offers platters of baklava, pastries, sugar cane juice, and a variety of plump-looking dried fruits.
For a real taste of Amman, make a pitstop at Habiba to try the local favourite knafeh. This traditional Palestinian dessert consists of fried cheese, topped with either crispy of soft pastry, and soaked in sugar syrup, all rounded off with some fresh chopped pistachios.

Aside from the unfathomable amount of traditional eateries offering national dishes such as Mansaf, magloubeh, falafel, schwarma, mezze and baba ganoush within the old town, noteworthy venues to make a visit to include the upmarket Tawaheen al Hawa, and Jafra restaurants. Both serving typical Jordanian cuisine, these restaurants are particularly popular with the younger Ammani crowds, as well as stylish professionals. Wash these plentiful morsels down with a strong Turkish coffee, or a soothing mint tea and enjoy the warm welcome into a food-lovers paradise.

For a long lunch set in a beautiful Ottoman-style courtyard, Sufra is the place to go. Established in 2011, Sufra was the first restaurant to serve a wide variety of traditional Jordanian home-made dishes in an elegant-traditional setting. With a daily changing specials list, alongside a whole host of set dishes, Sufra is a perfect food haven away from the city’s busy streets. Try the siniyet kafta (mince meat kebabs) with tahini and potatoes, or the chicken wrapped in dough with sumac.

For an elegant evening meal, Haret Jdoudna in Madaba and Jubran score highly. The first is a 30-minute drive out of Amman to the neighbouring town of Madaba, but it’s worth it. Run by two brothers, the restored Ottoman house has become a culinary landmark for locals and discerning diners alike. With the choice of cosy fireside tables indoors for winter or the magical courtyard for summer, this is an ideal place to sit back and enjoy a Jordanian feast, accompanied by live music and dancing.

Trendy Jubran, on the other hand, is a symbol of modern Amman. Situated on ‘The Boulevard’, which has been dubbed the new downtown of Amman, Jubran is located within one of the twelve 6-floored buildings that occupy Abdali Boulevard. Part of a $300 million mixed-use development, Jubran is a hot-spot for any discerning Ammani so prepare to be mesmerised by the crowd of stylish, young Middle Easterners who hang out there. Not only offering traditional fare in a stylish and modern setting, this dining establishment also boasts exquisite rooftop views over Amman’s cityscape.

For an aperitif or just a laid-back cocktail, chill out at SIRR bar in The Four Seasons Hotel. This trendy, speakeasy-style venue sets a new standard for Amman’s cocktail scene. With sophisticated mixed drinks, the cocktails are carefully curated, meticulously prepared and beautifully presented in a way that could rival any London hideaway bar. There is also a small bar menu to accompany the craft cocktails, which follows the same high standards as the beverage menu. This sophisticated hangout offers great after dinner people-watching and ensures you go to bed that little bit merrier.

For central and stylish accommodation, the newly opened W Hotel on Abdali Boulevard offers an ideal location in which to explore the city. Situated in the heart of the new downtown, this luxury hotel offers a vibrant urban sanctuary coupled with contemporary luxury. The W Hotel is adorned with all the latest mod cons, a rooftop terrace and pool, highly attentive staff, as well as being conveniently located to upmarket cafés, shops, and a mall all within a 5-minute walk.

Find out more information about Amman here, or for planning a trip there, click here | www.enjoy-jordan.com

The trip to Jordan was provided by TravelLocal . Their online platform connects travellers with local tour operators, providing authentic experiences that benefit local communities. They offer a three night luxury city break in Amman from £670 pp, including accommodation at the five star W Amman, all excursions, transfers, driver and guide.
Double rooms on a B&B basis at W Amman cost from £120 per night.