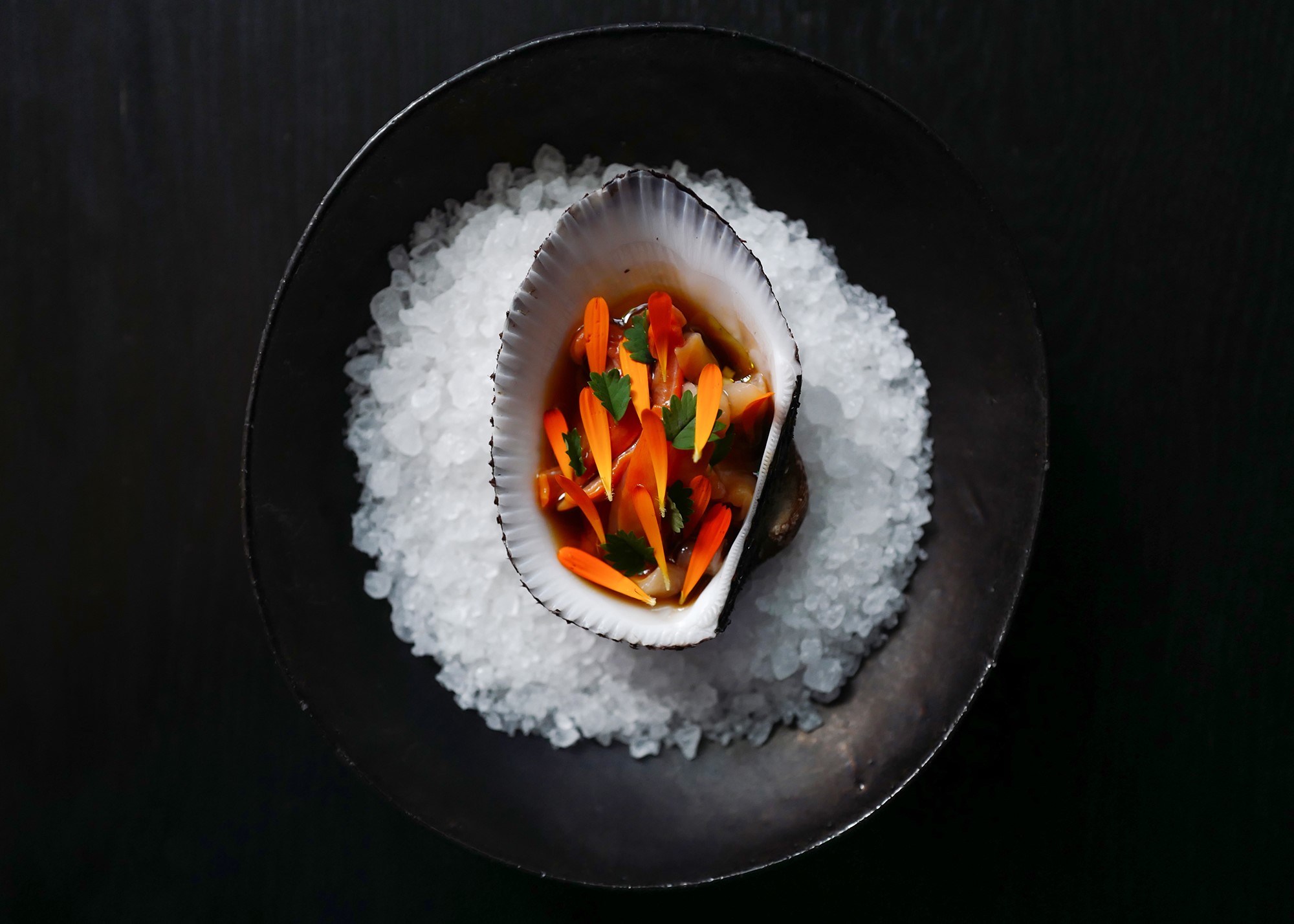 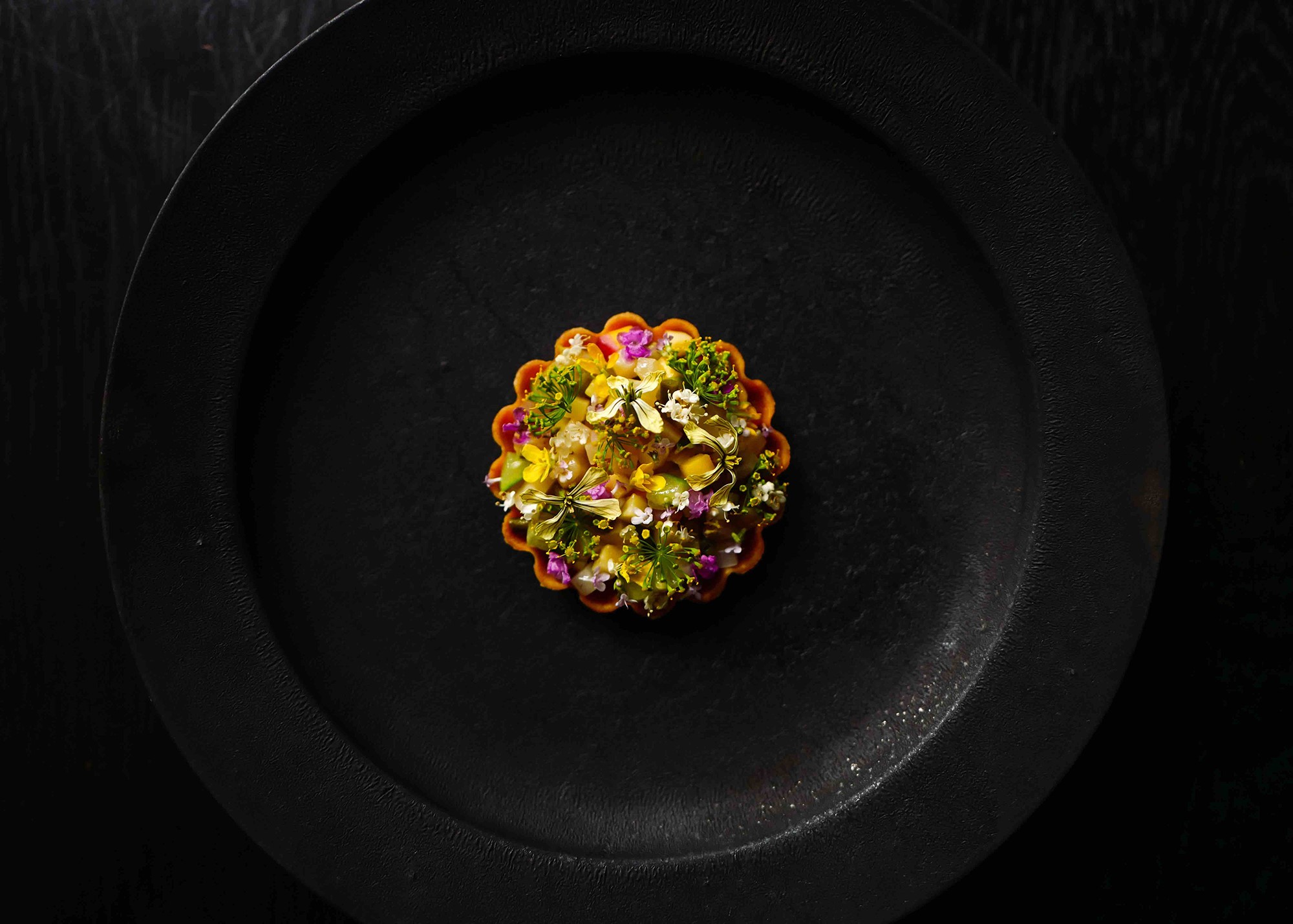 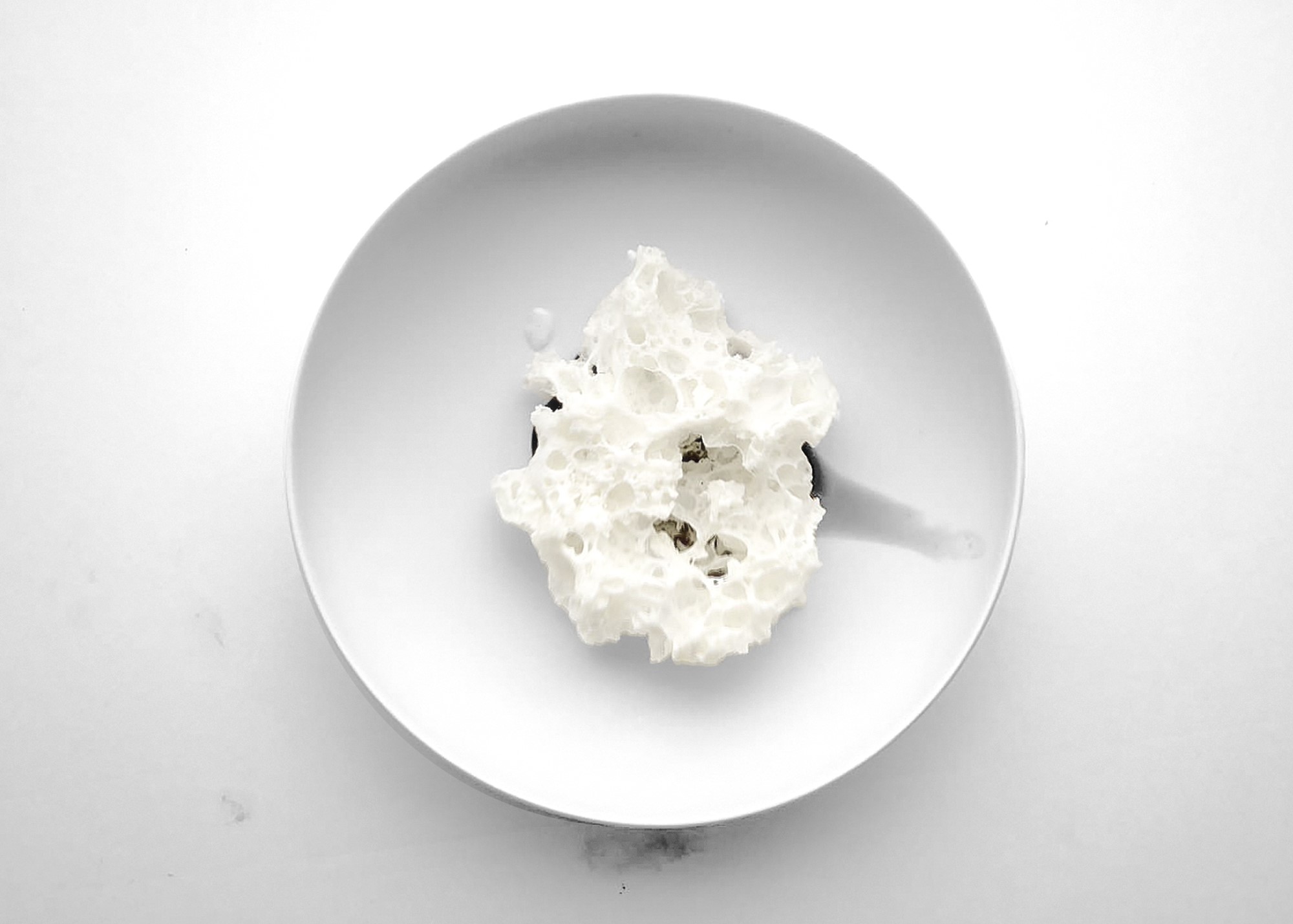 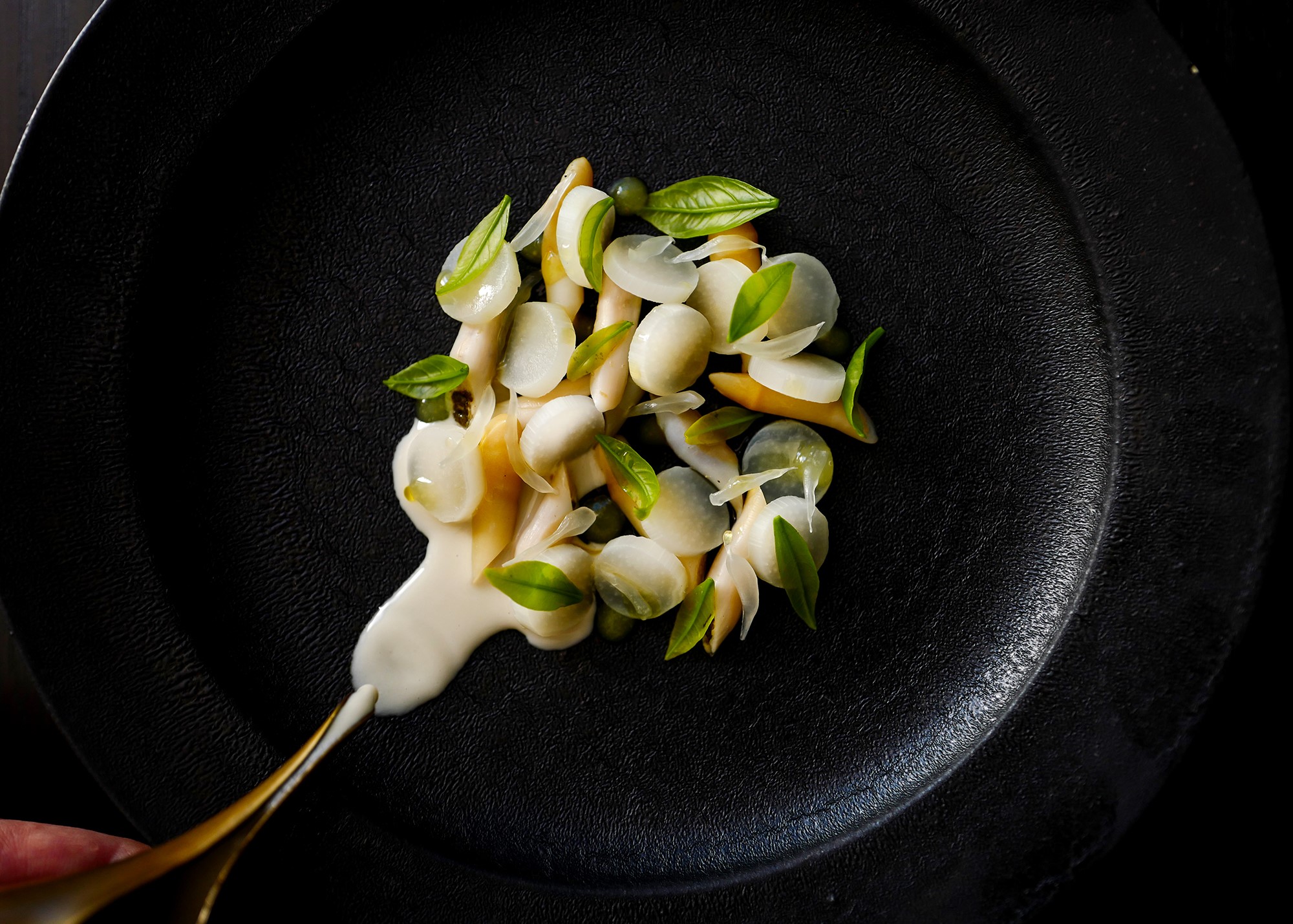 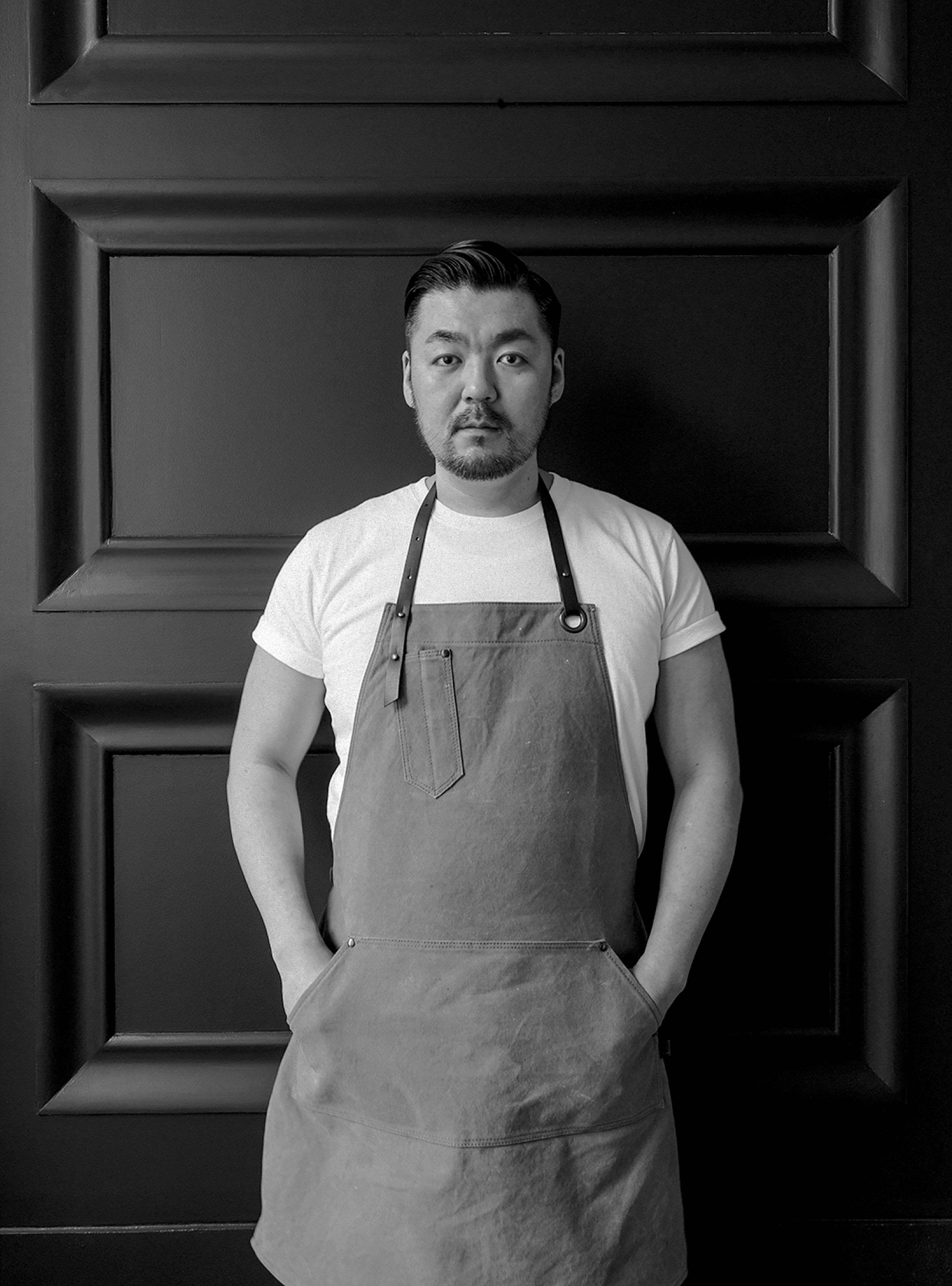 Yusuke Takada is the Chef de Cuisine and Owner of 2 Michelin-starred La Cime in Osaka, Japan. From growing up on an island to making it big in the bustling city, Takada has led a fruitful culinary journey thus far.

Growing up on the Japanese Amami Islands, Takada was always surrounded by nature and a endless fresh produce. Nature still inspires his cooking 40 years later, along with his openness, curiosity, childhood memories and the food his mother and grandmother cooked for him whilst growing up.

After finishing school, Takada studied at the Tsuji Culinary Institute, and after graduation he moved to France where he worked at 2 Michelin-starred Taillevent and 3 Michelin-starred Le Meurice, before setting up La Cime in Osaka’s bustling Hommachi district in 2010 which received its first Michelin star a mere year after opening. 6 years later La Cime was awarded its second Michelin star, which it has maintained to this date.

His restaurant’s name “La Cime” is the French word for top or peak. The restaurant focuses on three important factors, the three peaks of a triangle formed by the cuisine, the guest and the space.

“We believe that only by bringing these 3 peaks in balance, supporting each other and shaping the perfect triangle, could we come closer to achieving the very best performance at each moment.”

The Chef likes to incorporate ingredients such as citrus from his birthplace, the southern island of Amami Oshima, which lies between Kyushu and Okinawa. Even the walls are plastered with sands from his hometown, paying further homage to his place of birth.

The restaurant interior and plating are all about minimalism and restraint, and so the restaurant oozes with a sophistication – a style which has become characteristic of Yusuke.

“Classic is essential, and modern cooking techniques find us a way in which classic cuisine survives today. And with our creations we will take you through the mind of “稽古照今 – Keikoshoukon.”

“稽古照今 – Keikoshoukon” is a phrase from the oldest Japanese chronicle Kojiki, meaning “meditating upon antiquity to find a guide to present.

No restrictions, no rules, no routines.

Observing the color, sound and smell of nature.