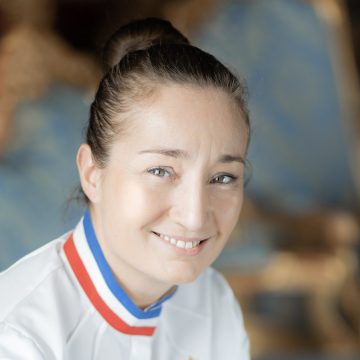 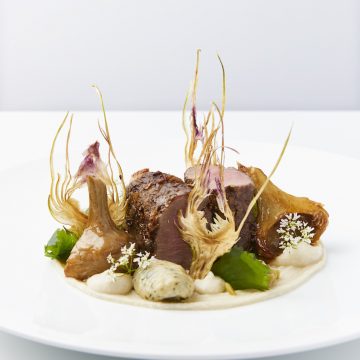 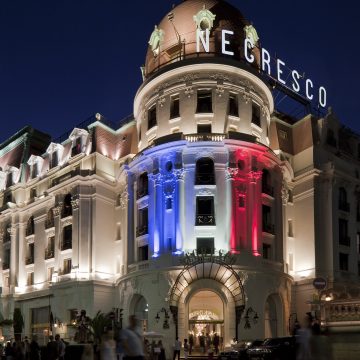 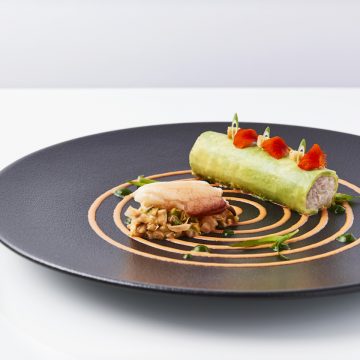 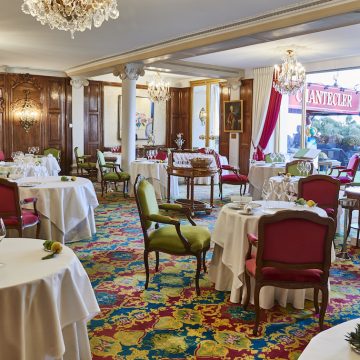 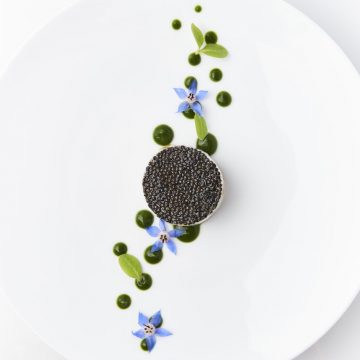 As the Chef of Le Negresco in the glamorous French Riviera, Virginie Basselot is in charge of all the hotel’s luxurious culinary offerings including 2-Michelin-starred Le Chantecler, where she takes French gastronomy to new heights.

Representing a new generation within the French culinary landscape Virginie Basselot brings her inimitable skill, contemporary outlook and boundless creativity to her cuisine at Le Negresco. From August 2018, the young cook has been leading the hotel’s gastronomy offerings as head chef of  Le Chantecler and La Rotonde brasserie, as well as controlling the room service and banquet teams. Virginie is the first woman in the palace’s history to don the head chef’s hat, which she sees both as a challenge and as motivation.

Basselot already has multiple awards under her belt, and combining this talent with the iconic Nice landmark hotel continues to produce an unforgettable, flavor-filled experience. The collaboration of Virginie Basselot and the Negresco is reminiscent of another journey: that of the emblematic owner of the property, Jeanne Augier. A free-spirited, creative, and entrepreneurial woman who, like the hotel’s chef, followed her heart’s desires in life without giving in to the pressures of “public opinion”.

Like Augier, Basselot successfully cemented her place in the very competitive culinary field, which she says was led by a “gut feeling”. It was a meeting with Le Negresco Director, Mr. Bord, that won her over, admitting that this was “destiny” in play. She recalls, “Two parallel lives that intersect in the baroque decor, surrounded by paintings of masters, across from the Baie des Anges. I was immediately captivated by the place. It is unique, just the way I like it, and full of history. I certainly don’t want to work in a chain.”

Gastronomy has been part of the chef’s life since childhood, as her father owned a restaurant in Pont-l’Evêque. This led her to begin her career at a young age, where she started her training through an apprenticeship back in her native Normandy. At the age of 19, she moved to Paris and took on the role of a kitchen assistant at Hôtel de Crillon. Through hard work, she outgrew her humble beginnings and set her sights on reaching the height of her much-loved craft of cooking. Over the years, she honed her skills and created a special style of cuisine that reflects her personality: “classic, direct, and simple”.

Throughout her career, she has made many incredible achievements. In 2003, as a sous-chef working for Eric Fréchon and Franck Leroy, she assisted Epicure restaurant at Hôtel Bristol in earning its 3rd Michelin star. In 2012, she took control of the kitchen at Saint-James, and 18 months later, the restaurant was, too, awarded a Michelin Star. It was this feat that pushed her to sign up to become a MOF in the Gastronomy class in 2015 where she was decorated by Alain Ducasse, taking the honor of becoming only the 2nd female chef to wear the tricolour collar. As MOF, believes and proudly accepts the she has the responsibility as a “guardian of culinary heritage”.

Virginie explored international gastronomy hereafter, and moved to Geneva to head the kitchen of Hôtel la Réserve’s restaurant Loti. This is where GaultMillau took note of her undeniable talent and named her “Chef of the year, 2018”. Now as the Chef of Negresco, Basselot uses her proximity to the ocean to inspire her cuisine she says: “It’s not the same sea, but I was also born by the water. I love to prepare fish. I immerse myself in this region to build the menu which features some of my signature dishes, like cod loin with lemon balm butter and bass and oyster tartare.” Alongside fish, the menu also showcases vegetables to create food that is lighter than the Alpine-influenced, cheese-heavy dishes she cooked previously in Switzerland.

The chef’s life is guided by the key word “rigour”, through which she makes culinary transmission a natural way of life. Her cooking is executed for the enjoyment of her guests, she shares: “My passion is really cuisine and using food to achieve for every guest a true moment of happiness. I don’t want to unsettle guests, but to reassure them.”

Having a constant desire to surpass herself is the perfect description of both her professional and personal life. When she’s not in her chef whites, she’s wearing jodhpurs and exploring nature on horseback. A passionate athlete, she also spends her free time diving, skydiving and motorcycling.

Japan for a plate of sushi.