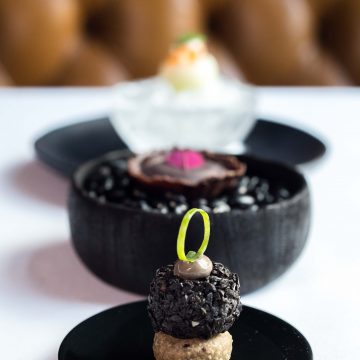 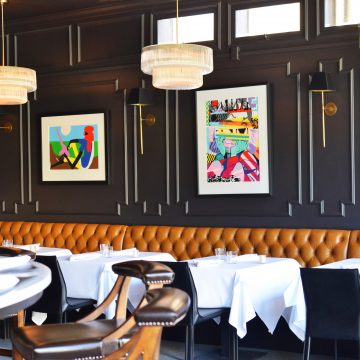 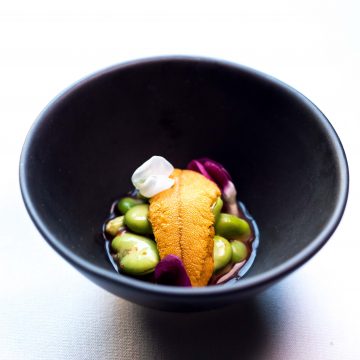 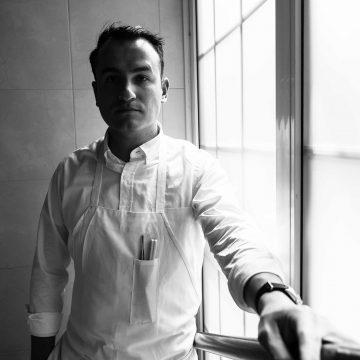 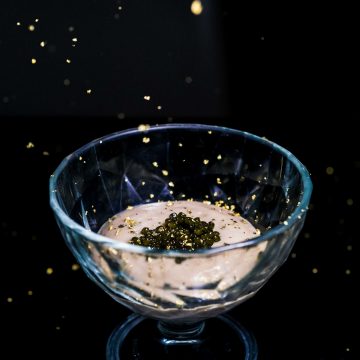 Val M. Cantu is the chef and owner of Californios Restaurant in San Francisco’s Mission District, a two Michelin-starred dining space which has revolutionised Mexican cuisine by using only the best local produce to create complex yet authentic Mexican dishes steeped in tradition.

At the age of five, Val’s father moved the family to a small town in central Texas and opened a Mexican restaurant and tortilleria. Val grew up immersed in the world of traditional Mexican cuisine, and being exposed to the restaurant industry – so it is no surprise that he followed suit by returning to the culinary world after graduating from the University of Texas in Austin with a degree in English and Business.

However, prior to the decision to venture back into cooking, Val was not entirely certain what he wanted to do after his graduation from university. In search of some inspiration, he travelled through Europe and Mexico, not realising that this adventure would later influence his culinary career. Upon returning to the states, Val took up a chef position at Uchi in Austin, followed by a stint at world-renowned Pujol in Mexico City, before relocating to the Bay area.

In San Francisco, he worked at Benu and Saison and was also sous chef at Sons and Daughters in Nob Hill for a year. Living and working in the Bay Area, Val had fallen in love with the bounty of the area, and knew he wanted to open his own culinary space where he could showcase these ingredients. Upon leaving Sons and Daughters, Val began working on Californios, which initially debuted as a pop-up while he searched for the right location. For a few years, the pop-up built up the momentum for the fine-dining establishment to come.

In 2015, Californios Restaurant opened in its Mission District space, with Val helming the kitchen, Carolyn – Val’s wife and former employee of acclaimed restaurant designer Ken Fulk – as the Maitre D’, and her sister, Charlotte (who worked previously at the French Laundry), as the Beverage Director. Carolyn is also the mastermind behind the luxe decor of the space, with tastefully selected chandeliers hovering above deep-caramel banquettes set against ebony walls – all nestled between shelves of cookbooks and quirky artwork.  The restaurant is a family-run business, with Val, Carolyn and Charlotte having co-ownership of the restaurant.

The 24-seater restaurant has only one dining option: a constantly changing tasting menu at a fixed price. This allows Val and his team to be creative, but there is always a constant: the dishes focus on the best seasonal and local produce, keeping things simple with a tearse ingredient list and no frivolous garnishes. The team cooks food with both Californian and Mexican influences, using only what is in season, and uses no more than five items on a plate.

With the restaurant’s success, Val has been recognised for his culinary prowess, being named Rising Star Chef by StarChefs and the San Francisco Chronicle in 2016, and one of America’s Best New Chefs by Food and Wine Magazine in 2017.

The restaurant’s name is inspired by the history of San Francisco, which was once a part of Mexico. In the 1800s, the Bay Area became renowned for its innovative Mexican cuisine, brought upon by the rich rancheros being influenced by the French and Italian immigrants. Californios is the name Mexicans in the Bay Area called themselves during this time. The Californios were the people who left Mexico, heading to San Francisco knowing what a fruitful place it was, in hopes of discovering something new and doing something remarkable.  For Val, this name was the perfect reflection of the restaurant.

My greatest inspiration in cooking are the farmers and purveyors of the Bay Area.  The quality of ingredient here is higher than anywhere in the world.  It may not be as easy to find as say, in Japan, where fruit is packaged as ‘super premium’, but if you know the farmers and know the season, the depth and balance of flavor from the products here is unmatched.

A knife, my wife and son, and a cooler full of wine and food. Make a big fire and have a nice vacation!

This kind of answer changes minute to minute, but, right now, I think I would fly to Paris and eat escargot and drink cheap wine at a bistro with table on the street.