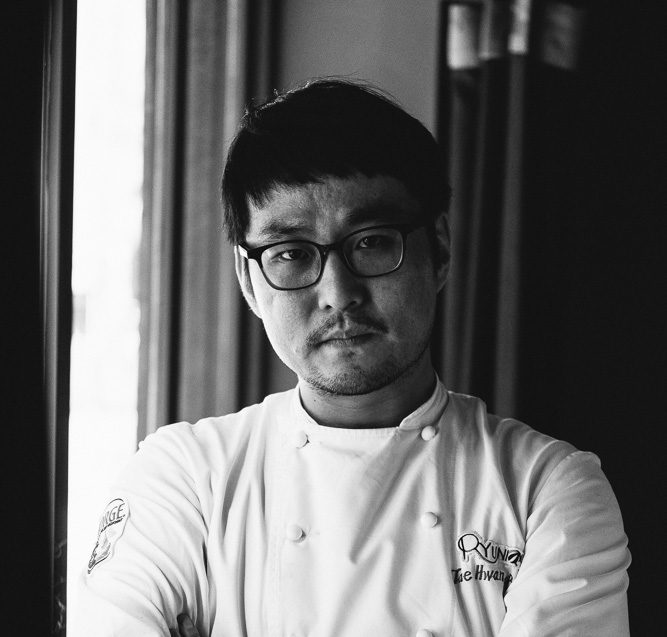 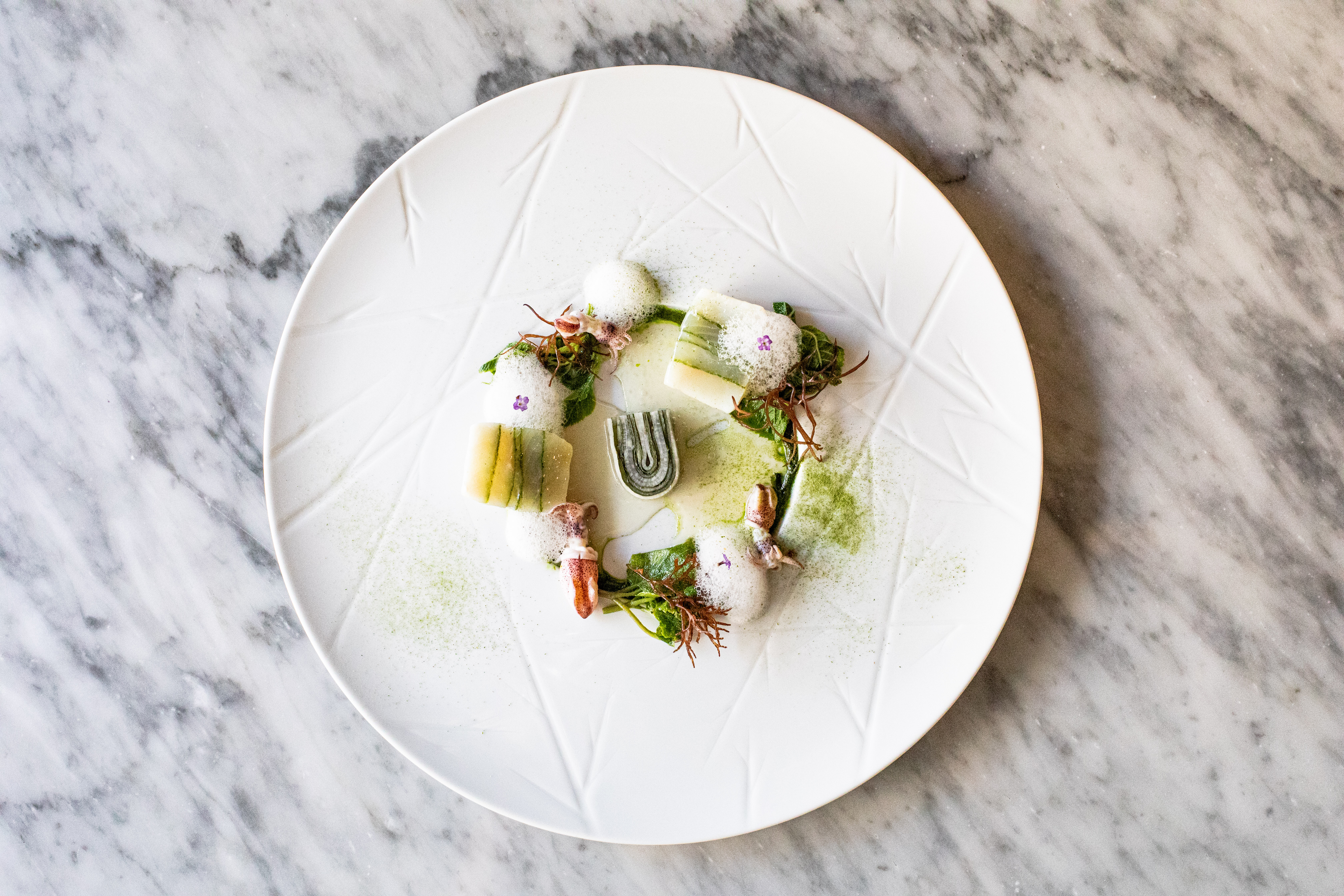 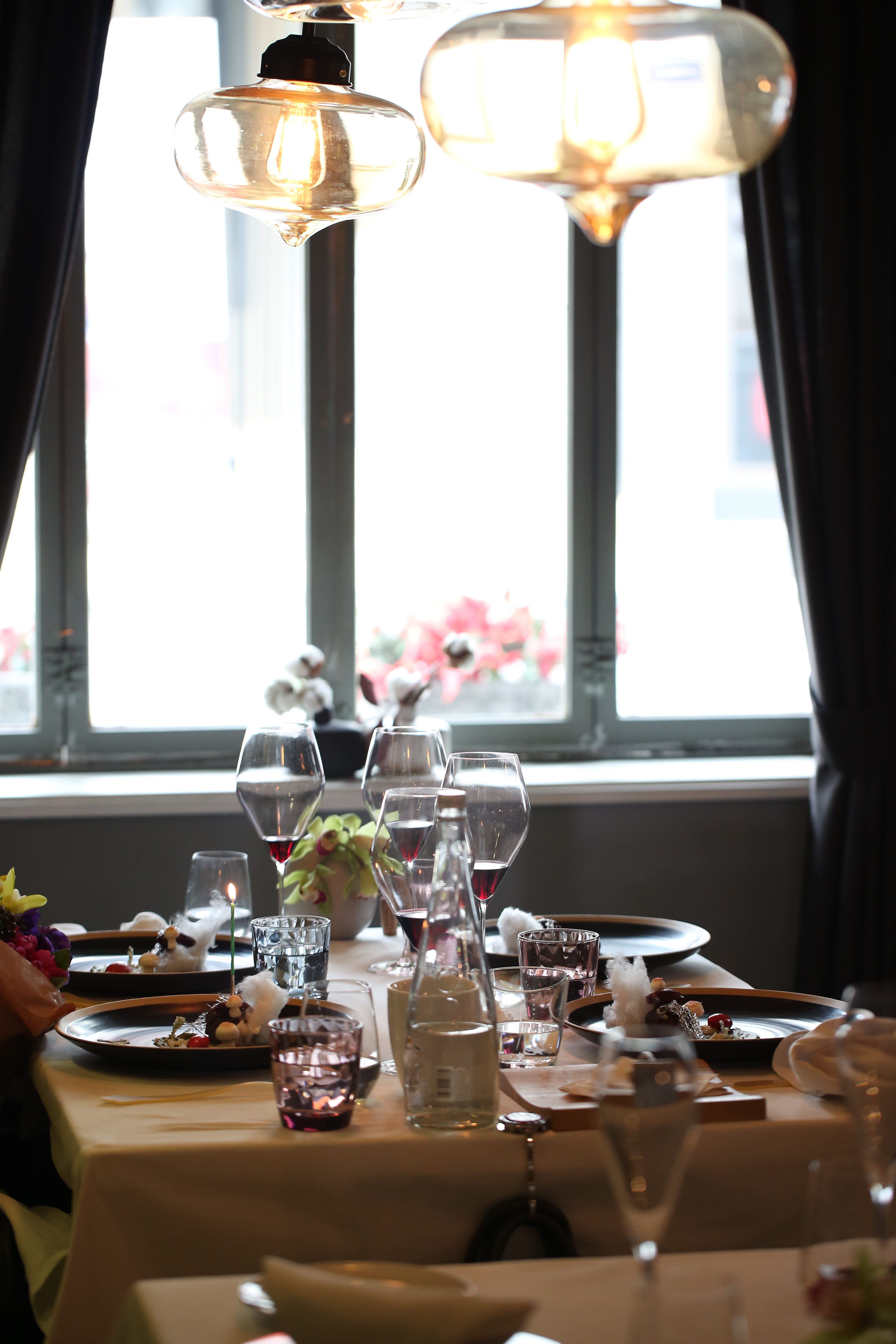 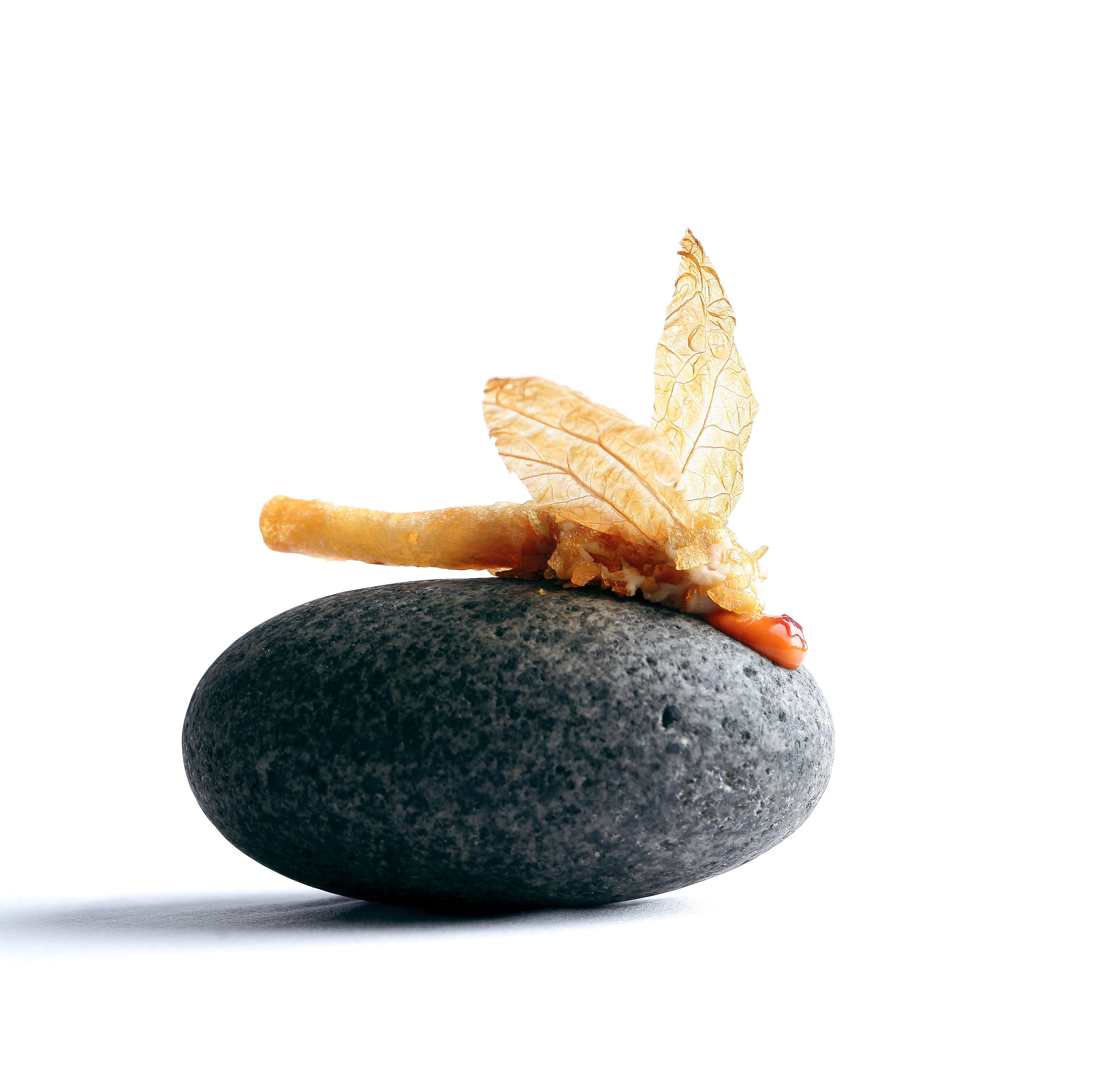 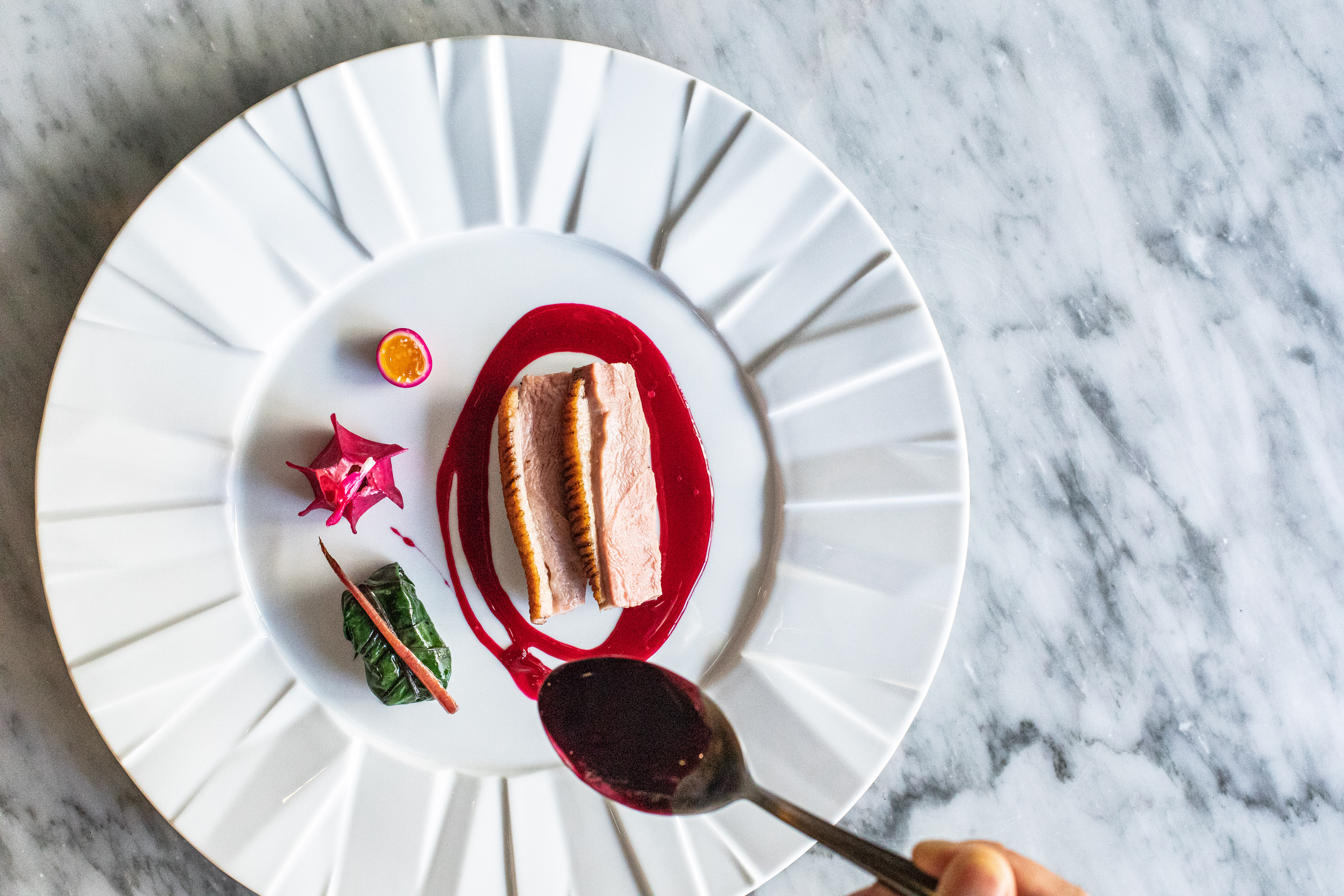 Born in Korea’s coastal city of Busan, Chef Tae Hwan Ryu was encouraged by his father – a marine biologist who loved cooking – to pursue the culinary arts. Now, a budding gastronomic star, Ryu’s talent has seen him open three successful restaurants as well as feature on Korean television cooking show “Shall We Chicken”.

Tae Hwan Ryu’s career began at the age of 22 when he graduated from Hattoria Nutrition School in Yoyogi. After years of traveling internationally, gaining experience at Michelin-starred restaurants in Tokyo, Sydney, and London, Ryu returned to Korea in 2011 to open his first flagship restaurant, Ryunique. Using the various global food cultures experienced during his travels as inspiration, Ryunique was founded to showcase all these new and interesting tastes and techniques he had learned to his native country’s unsuspecting palates.

At Ryunique, the name which is a blend of “Tae Hwan Ryu” and the word “unique”, the Chef puts forward his one-of-a-kind cooking style, which sees contemporary cooking techniques fused with traditional Japanese and French culinary foundations. Spanish, Italian and Australian influences can also be seen in his cuisine, a true reflection of his time spent abroad.

Along with sublime flavor, the presentation of the dishes is also important to the chef, so expect avant-garde creations that are as aesthetically intriguing as they are palate-pleasing. Some of the Chefs’ most famous dishes are those that take on the visual representation of their title, such as the “Kimchi Dragonfly” – an endearing amuse-bouche featuring kimchi, chestnut, potato and red pepper crafted into the shape of a dragonfly.

Using fresh market ingredients and tried and tested recipes, Ryu and his team craft exquisite dishes as part of a carefully thought-out tasting menu for diners at Ryunique. Located on a quiet street in Sinsa-Dong, the atmosphere of the restaurant is peaceful and sophisticated with elegant wooden tables, large sun-soaked windows and fresh flowers beautifying the space. Wine pairings recommended by Ryunique’s professional sommeliers can also be included in the exclusive dining experience.

In addition to Ryunique, Ryu is also the chef-owner of two other restaurants in Seoul, Rooftop by Ryunique located on the top floor of the Galleria department store in Apgujeong, and Normal by Ryunique also situated in Sinsa-dong. Both of these restaurants are more relaxed spaces than their fine-dining counterpart, serving casual and delicious eats.

I create ‘Contemporary Hybrid Cuisine’ – a patented blend of French and Japanese cooking technique, using Korean resources. My culinary philosophy has been shaped by my time in Tokyo, in Australia, and of course, as a Korean chef. I am passionate about retaining an ‘Asian’ flavor, focusing on umami, together with a modern, European approach.

I’m also inspired by Travel; cooking for me is a journey, a ‘voyage’. I take time to meet with producers and farmers, and learn about the terrains and the nature in which ingredients are grown. This is why all guests at Ryunique enjoy their meal along with a map of the Korean peninsula, outlining where the main meats and vegetables are sourced.

Travel is my greatest inspiration; cooking for me is a journey, a ‘voyage’. I take time to meet with producers and farmers, and learn about the terrains and the nature in which ingredients are grown. This is why all guests at Ryunique enjoy their meal along with a map of the Korean peninsula, outlining where the main meats and vegetables are sourced.

I’d go to Restaurant Nathan Outlaw in Cornwall. I traveled to Cornwall recently, but unfortunately, I went when the restaurant was closed for the day! I love seafood. My father was a marine biologist, and I grew up in Busan, by the ocean. I’d love to go back to Port Isaac.

Who is your culinary hero, and why?

I have many, but I’m especially inspired by Heston Blumenthal. He is almost like a scientist, mixing a deep understanding of the chemistry behind foods and cooking, with his skills as a chef. I respect this very much.