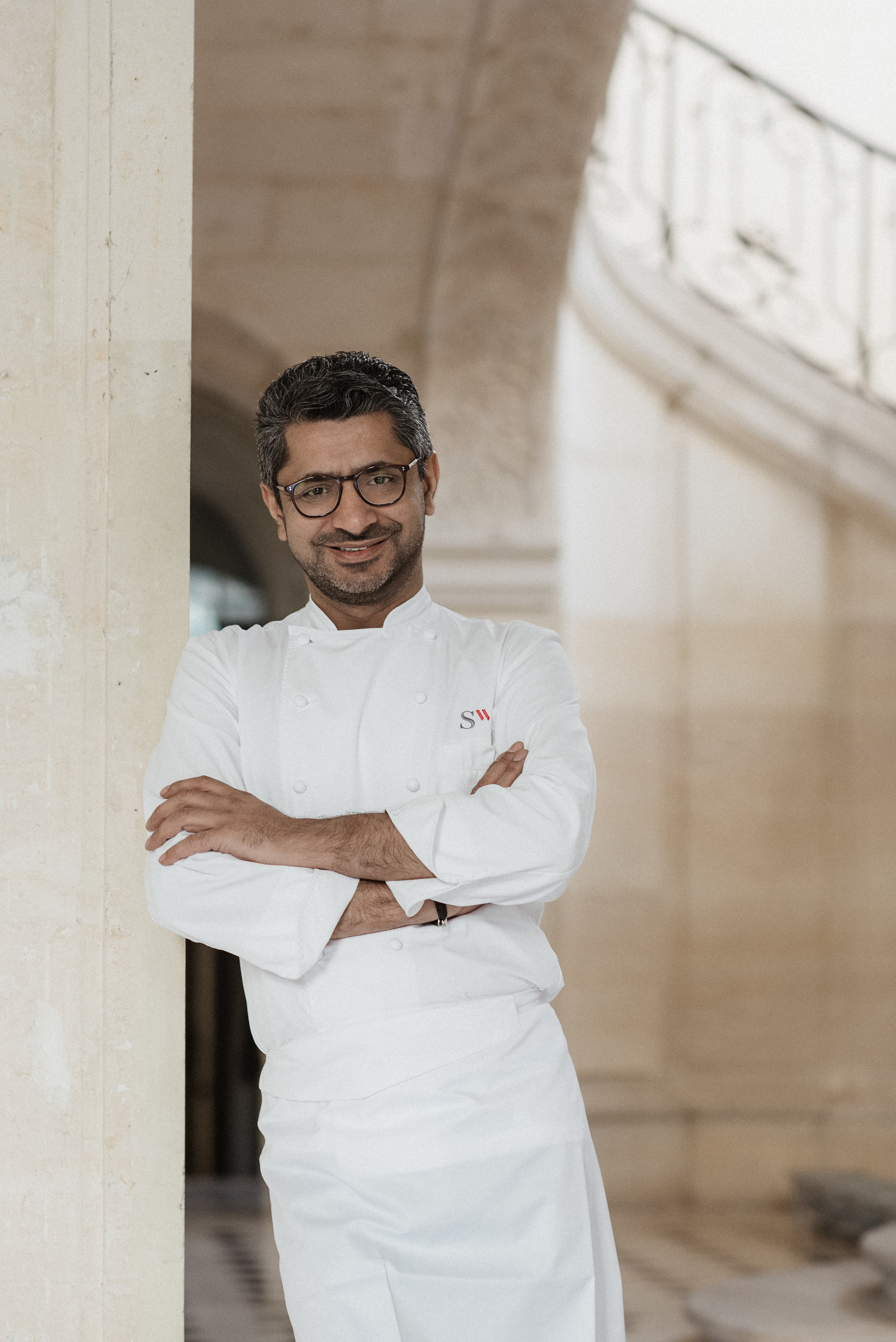 One of the rising stars in French gastronomy, Sylvestre Wahid, has revolutionized the world of gastronomy using his “no salt, no fat, no added sugar” approach to cooking, which has made him one of the most recognised and acclaimed French chefs worldwide.

43 years old, and with 6 Michelin stars behind his name, Sylvestre is undoubtedly a culinary superstar. Passionate about the craft, he spends his free time picking wild ingredients and cooking with leaders who share his vision of the world. Sylvestre is committed to a culinary world which encourages mutual respect and sharing in both its management and enjoyment.

Sylvestre was born in Pakistan, spending most of his childhood here. At the age of 9, he moved to France, and he admits that even though he shares no nostalgia for Pakistan, his country of birth did teach him determination.

“When we played cricket in the streets of the old town of my province of Pakistan, my brother and I would think of a thousand places where one day we would create  gastronomy dishes for high-ranking celebrities, rock stars or well-known actors.”

Sylvestre was motivated by his father to fight the French at their culinary game of haute cuisine. His father was the one who reminded him to remain determined in his move overseas.

“If you’re ready to go to settle in Europe, remember that in Rome you have to do like the Romans.”

Sylvestre trained alongside Thierry Marx and Alain Ducasse, and it was his experience with these chefs which led him to revisit traditional French cuisine with the eyes of a modern chef. With Oustau de Baumanière, Strato in Courchevel and Sylvestre Wahid in Paris all achieving 2 Michelin-star status under his command, his approach to French cuisine was certainly well-received.

The chef’s signature dishes are centred around health and well-being, ensuring little to no sugar or fat is used during its preparation. This makes his food light, simple and straightforward – a trademark for the chef. Some of these signature dishes include: “Variation Around the Beet”  – beetroot cooked in salt crust served with brioche, foie gras and black truffle; “Madame Burgaud’s Duckling” – duckling lacquered with spices served with radicchio, a citrus crust and Sansho pepper and “Lemon Crispy Shell” – lemon, sea lettuce and dill.

French, modern, healthy, gourmet – the best produce at the best moment in the season.