Born in Kagawa prefecture in 1970, Seiji Yamamoto is now heralded as one of Tokyo’s finest chefs, presenting traditional Japanese cuisine at 3 Michelin star restaurantNihon Ryori Ryugin. His cuisine combines perfectly mastered flavours and skill, with creative ideas, rooted in culinarytradition.The restaurant – simple and clean – has 18 seats, offering an intimate setting to enjoy each dish, which is based on different seasonal, native ingredients and techniques.

When he was 33, Chef Yamamoto opened his restaurant Nihon Ryori Ryugin, located in Roppongi, Tokyo, as its owner chef. Since the opening of RyuGin, he is often invited to give lectures, sharing the techniques in various food academies and expositions throughout Europe, US and Asia.

In Spring 2012, he opened his first branch “Tenku Ryugin” at the 101st floor of the ICC building in Hong Kong. In Autumn 2014, he opened the second branch “Shoun RyuGin” in Taipei, Taiwan. Based in Asia, he spreads the essence of Japanese Cuisine towards the world in many ways.

He has been showered in acclaim, notably being awarded 3 stars in the Michelin Guide, Tokyo, and named #5 in Asia’s50 Best Restaurants.

If there is nobody, I have to confess that I have no interest to be alone on a desert island; I’m not a big fan of survivor things.

If there is somebody with me, I would bring something that could give us happiness and joy. That means the four things I bring would depend on who would be together with me. Consequently I cannot decide it yet. 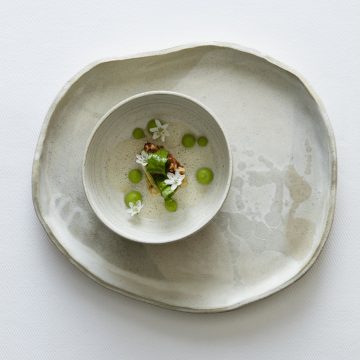 Richard Ekkebus gives you this delicious and lighter dish to enjoy this week…perhaps a welcome note after all the recent feasting! Yum! 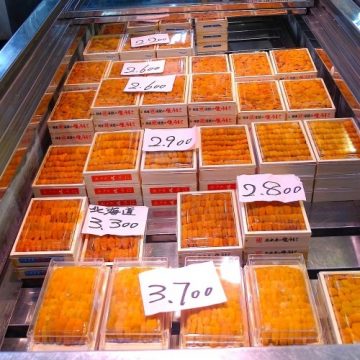