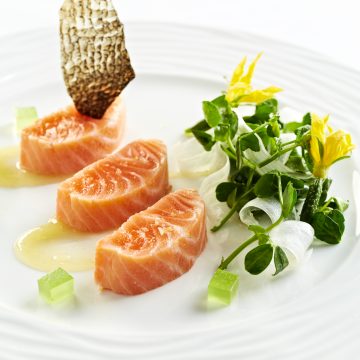 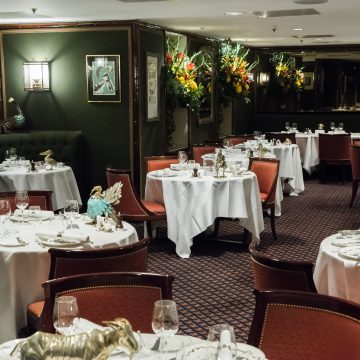 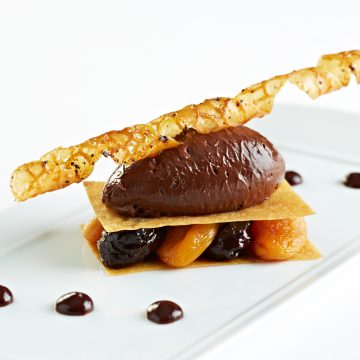 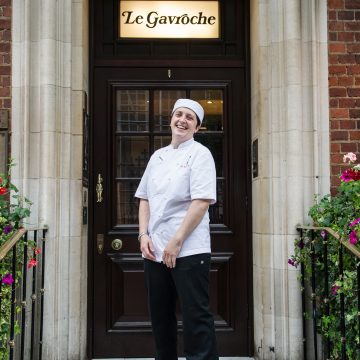 The first female Head Chef at Le Gavroche, Rachel Humphrey, has been with the 50-year old establishment since 1996, working her way up from apprentice to executive chef of the world-renowned kitchen.

No stranger to flavor-filled food, Rachel grew up in a family where delicious, home-cooked meals were served up daily. This environment made Rachel want to pursue a career as a chef, continuing on delivering good food to those around her.

Immediately after leaving school, Rachel joined the Le Gavroche kitchen team as an apprentice, working under one of the most world-famous culinary names, Michel Roux Jnr. Her hard work led her to being promoted to First Commis within the first year of her apprenticeship.

“Growing up, my heroes were the chefs I watched on TV.  Michel and Albert Roux’s Cooking at Home with the Rouxs was my absolute favourite show, and from then I was convinced I wanted to be a part of that world.”

In 2000, Rachel took a hiatus from Le Gavroche, and went to work as a chef for the Royal Air Force, catering for the corps, to gain additional chef experience. She worked at the RAF for 3 years, and then returned back to Le Gavroche in 2003, where she was appointed as Chef de Partie, adorning not only a new title, but also new skills and expertise in cooking.  After just one year, Rachel was then again promoted to Sous Chef.

“The best advice I have been given in my career was by Michel Roux Jr who said, “Trust no one, not even me.” He meant that if you want a job done well, you have to rely and trust in yourself to do it.  I think that what’s how I’ve got to where I am.”

In 2008, Rachel reached the pinnacle of her career when she was appointed as Le Gavroche’s Head Chef. With the Roux dynasty to maintain, Rachel’s in-house training has put her in the perfect position to lead the Le Gavroche team, as she knows the kitchen, its history and its reputation inside-out. Rachel uses her knowledge, training and understanding of Le Gavroche to maintain the establishment’s high regard, whilst adjusting and modernising its menu so that it stays relevant but also remains true to is half-century history.

As simple as it sounds, my greatest inspiration is seasonal ingredients.  I love exploring the best of the season, getting in the kitchen and creating.

I’d have to say – a fishing rod, chef’s knife, a bottle of champagne, a good book. Sounds pretty good to me!

Ryu Gin in Tokyo without a doubt.  It is the most extraordinary eating experience.  I can’t tell you too much… much of it is kept a secret!  The food is simply astonishing, it’s an amazing experience altogether.