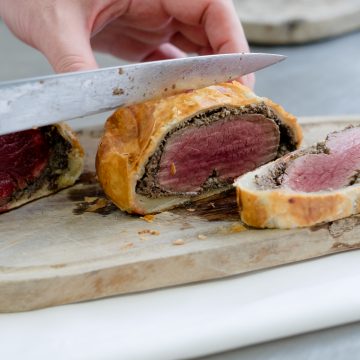 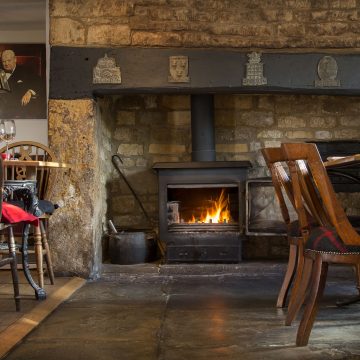 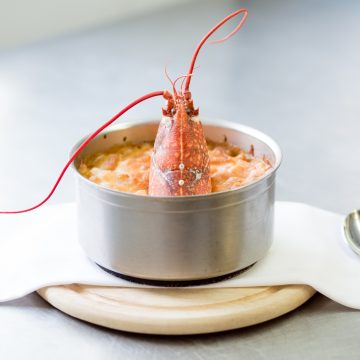 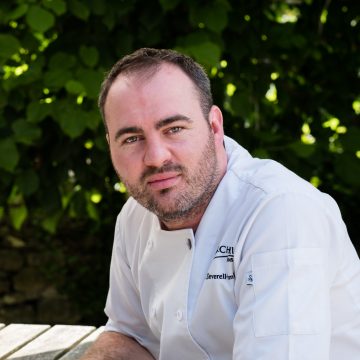 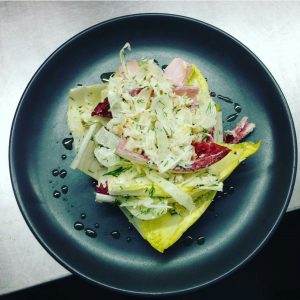 Chef-proprietor of The Churchill Arms in Gloucestershire, Nick Deverell-Smith, uses his more than 15 years of experience in the culinary industry to create delicious food using fresh, high quality ingredients sourced within a 5 mile radius of the restaurant.

Born and raised in Warwickshire, Nick Deverell-Smith knew he wanted to enter the hospitality industry from a very early age. Little did he know then that he’d go on to open a hugely successful pub with rooms in the Cotswolds and make numerous appearances on top television shows including  Great British Menu (representing the Central region of the UK) and Saturday Kitchen.

At just fifteen he left school to study at Birmingham’s College of Food. In his second year there, he was crowned Junior Chef of the Year, which kick-started his successful career in the kitchen. This accolade led him to his first post at Simpsons, Kenilworth, where he worked under Andreas Antona. This meant he was now working in the same circles as the internationally revered Glynn Purnell, Marcus Eves and Andy Walters. While Nick was part of the brigade, Simpsons acquired their first Michelin Star, deeming them the only Michelin starred restaurant in the area.

Nick then decided to move to another Warwickshire based establishment, Mallroy Court. It was here that Nick was awarded his big break. In 2006, Nick was chosen to be a Gordon Ramsay Scholar, which opened many doors for him professionally. This opportunity brought Nick to London, where he trained under Gordon Ramsay and Marcus Wareing. This life-changing experience got him recognised and he was offered a full-time position with Marco Pierre-White, also known as ‘the godfather of modern cooking.’

Nick decided to stay in London, working alongside the likes of Eric Chavot. An opportunity arose when Chavot asked him to work in France for a ski season as a Sous Chef – this was to secure him his place in the brigade at The Capital Hotel where he worked for three years. Nick became Head Chef of the restaurant at Soho House after this and went on to work in various kitchens belonging to this group, including the well-known and loved Dean Street Townhouse in London.

With bags of experience in esteemed kitchens under his belt, Nick decided to bite the bullet and set up his first business somewhere close to his heart, The Cotswolds. In 2015 The Churchill Arms was born and has prospered ever since. At The Churchill Arms, Nick serves up a range of dishes using fresh, seasonal produce sourced daily from the surrounding countryside and local village gardens, that would make all his mentors proud.

My greatest inspiration in my life is my eldest brother Paul. He became spinally injured when he was 13 which left him in a wheelchair and paralysed from the shoulders down. With all the challenges life threw at him he always has a smile on his face! And wanted to make the best of life! Legend!

It would have to be The Splendido Hotel in Portofino, Italy. The food is Beautiful, fresh and Simple. The most stunning views! It’s where I took my girlfriend Emma on our first holiday together, so it’s very special!

Marco Pierre White’s Cook Book – White Heat
One of my smoked haddock soufflés
A cold bottle of champagne
Bear Grylls- he would keep me alive, fed and watered!