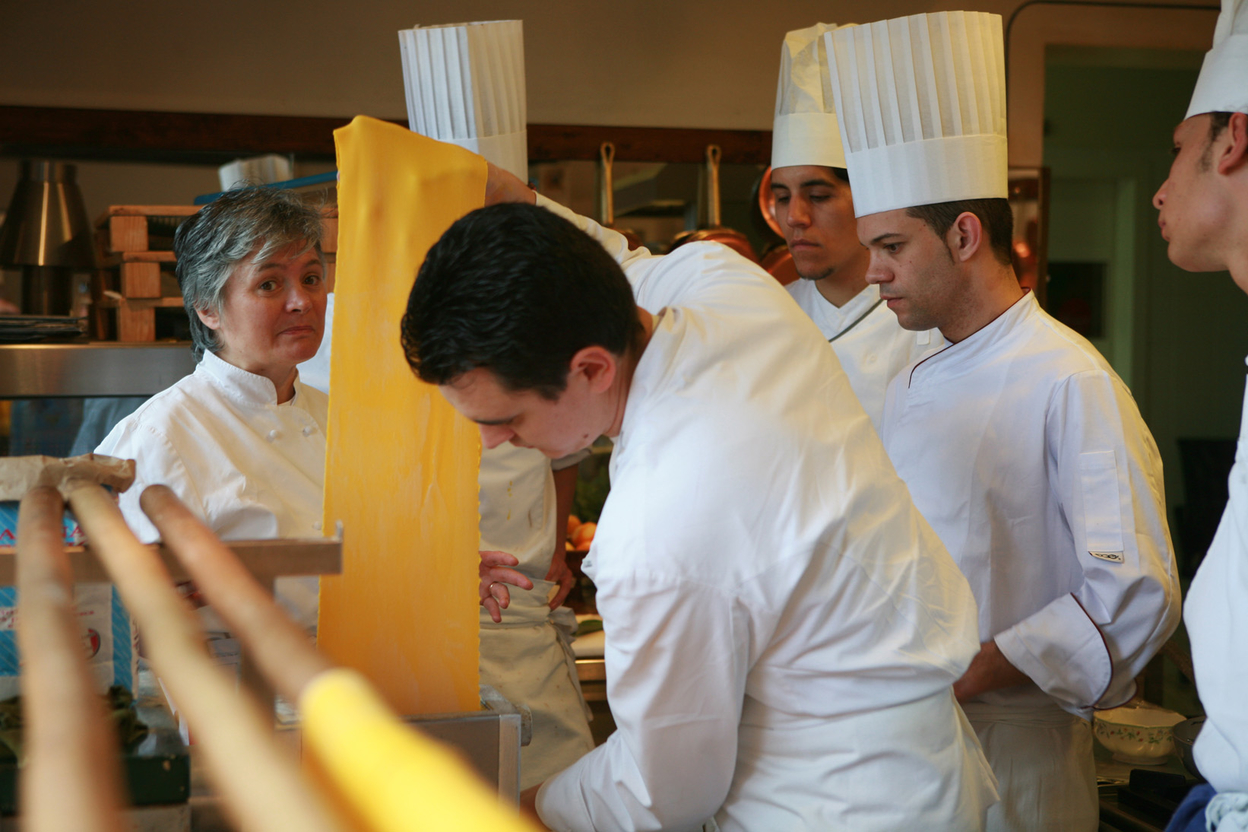 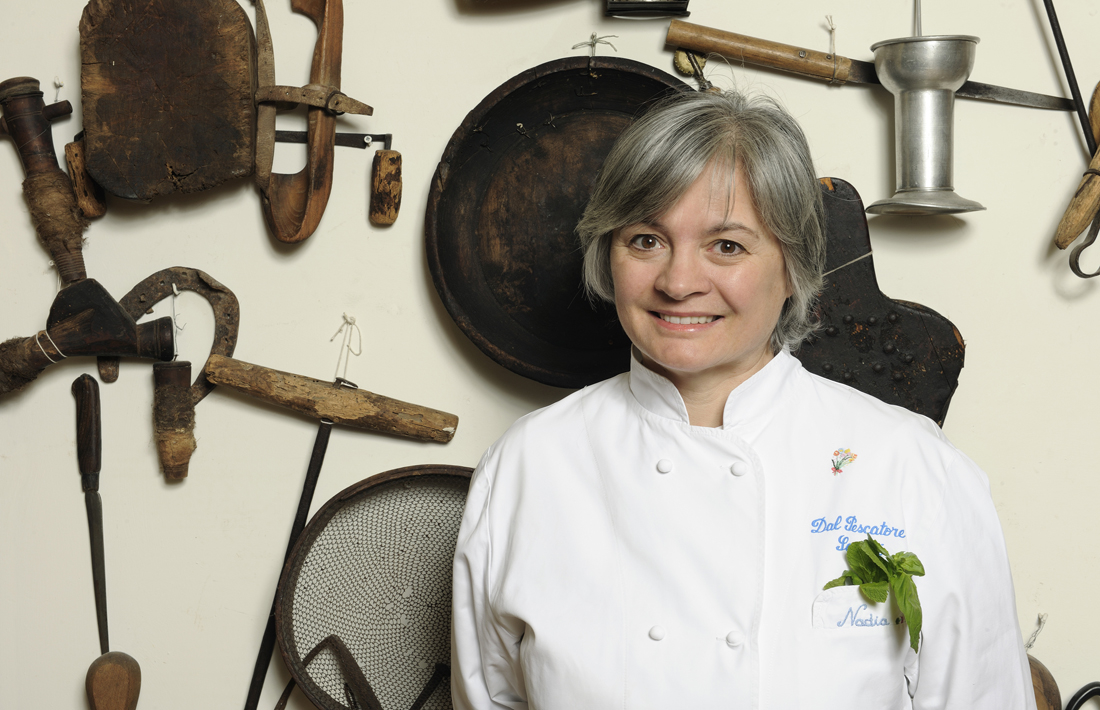 Chef Nadia Santini’s restaurant,Dal Pescatore,is located in thehamletofCanneto sull’OglioinLombardy, Italy.The restaurant was originally opened by Santini’s husband’s great grandparents in the 1910s. Nadia took over the running of the restaurant alongside her husband in 1974, when she began her culinary training with her new husband’s grandmother Teresa.In 1996, the restaurant was awarded threeMichelin stars,with Santini

Nadia has also appeared on television in German filmmakerLutz Hachmeister’s documentaryThree Stars, which Santini starred in amongst other chefs from Michelin starred restaurants.

At the helm of the culinary dynasty that is theSantinifamily,NadiaSantini’s cheffing expertise has lifted the restaurant to the highest of heights, whilst remaining true to the values installed by TeresaSantini.Nadiaand her family describe their cuisine as full of character and charm; courteous, peaceful, a never ending journey of exploration and discovery. Ultimately, she wishes to provide each diner with an enriching culinary experience.