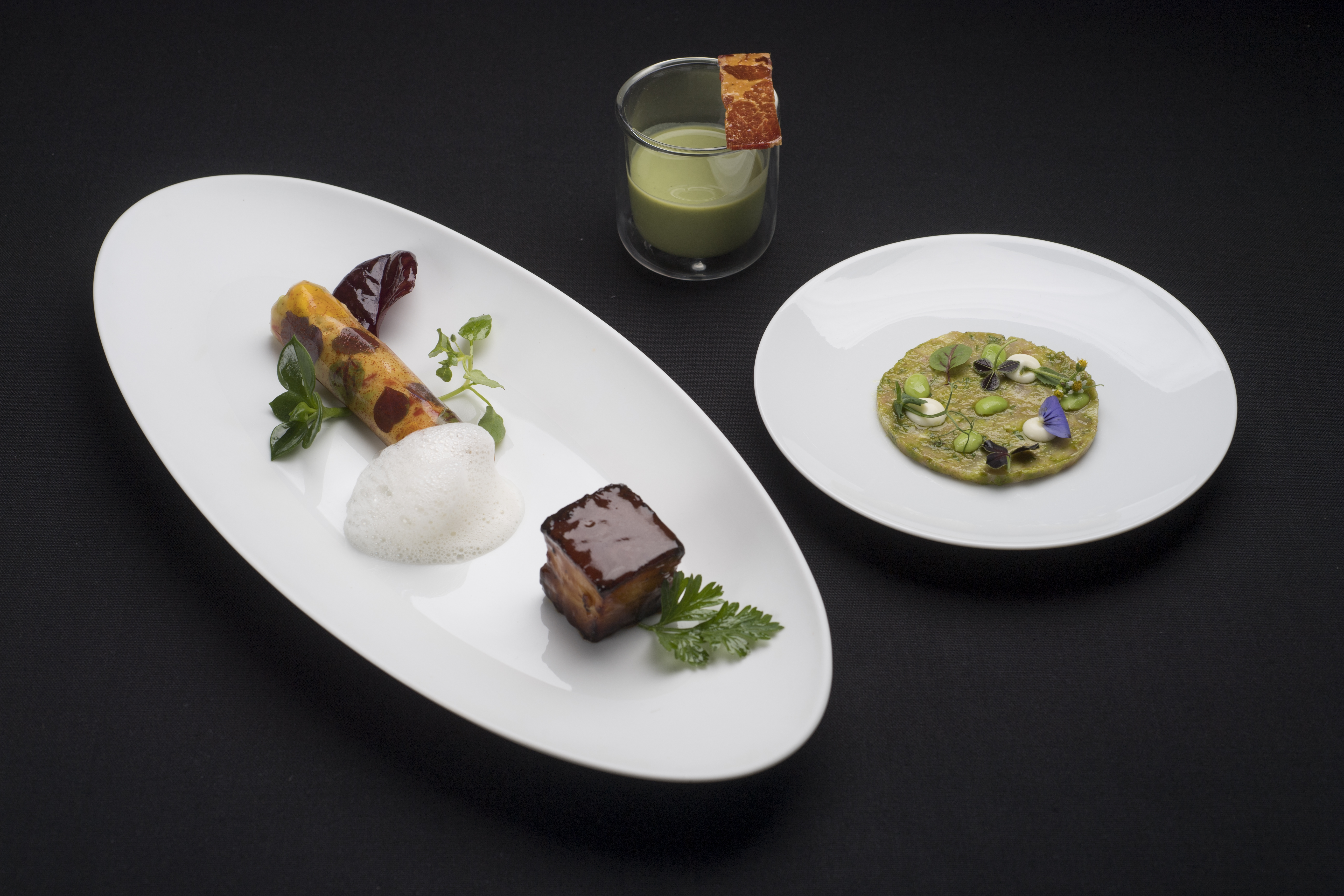 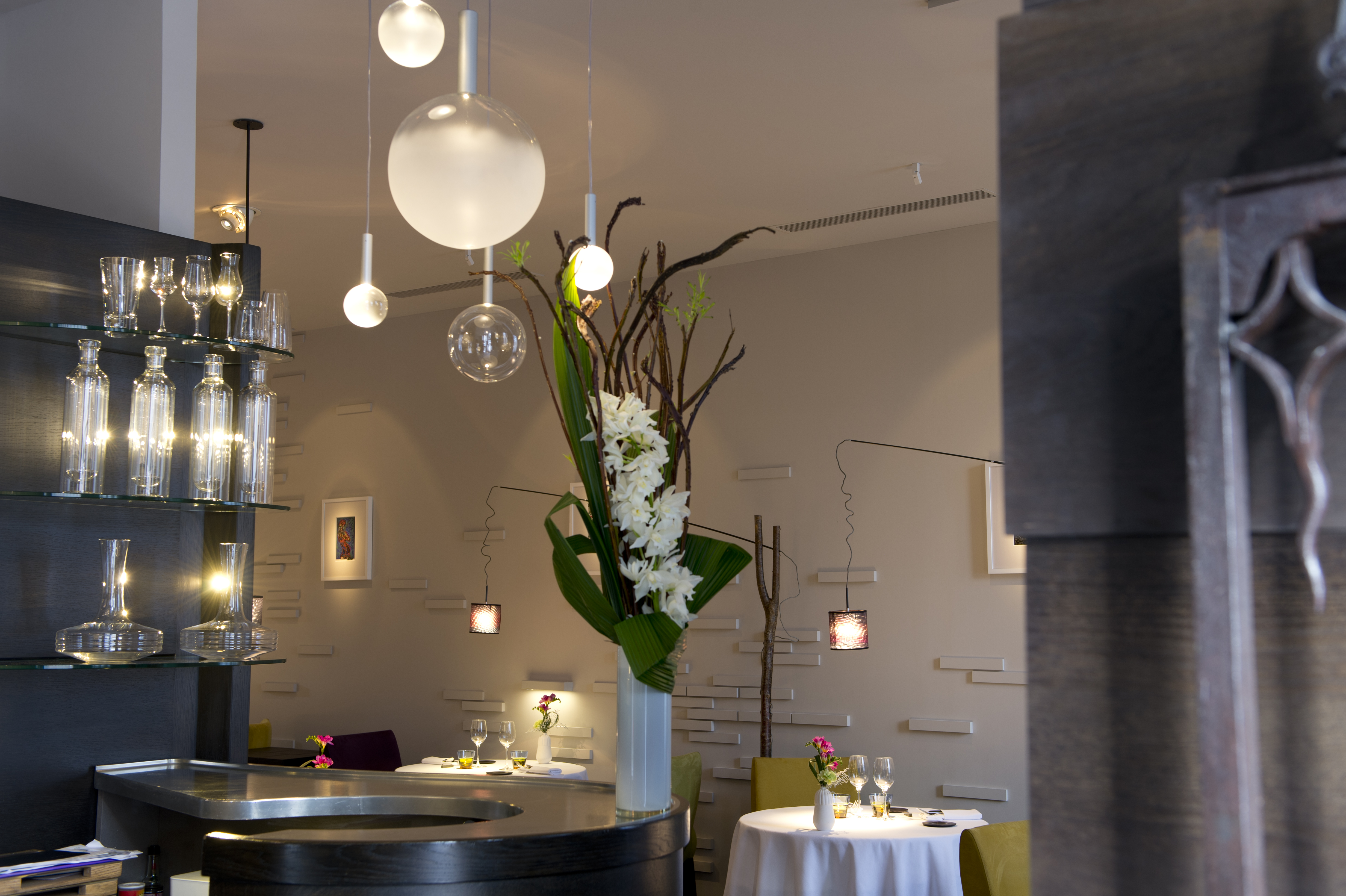 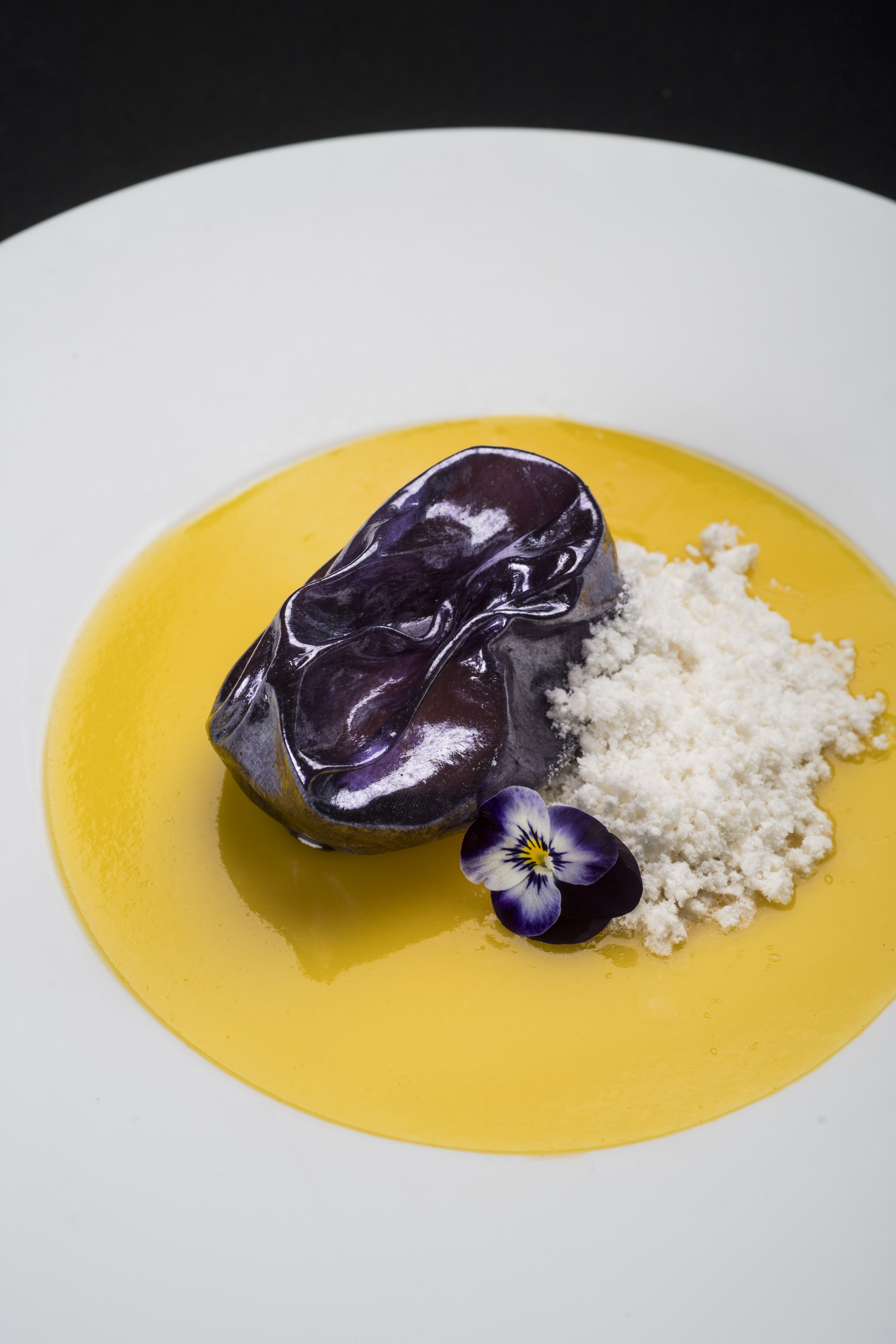 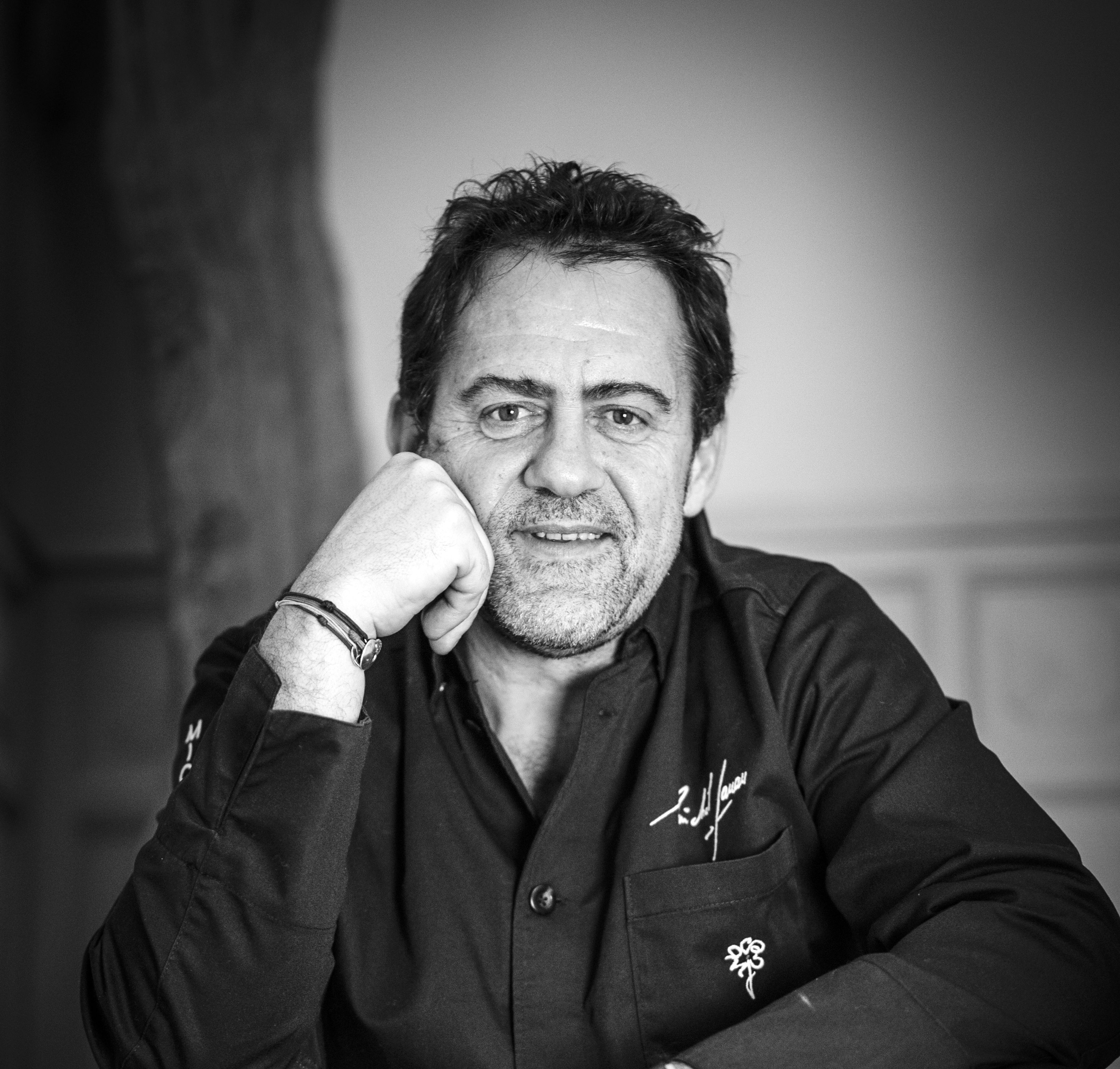 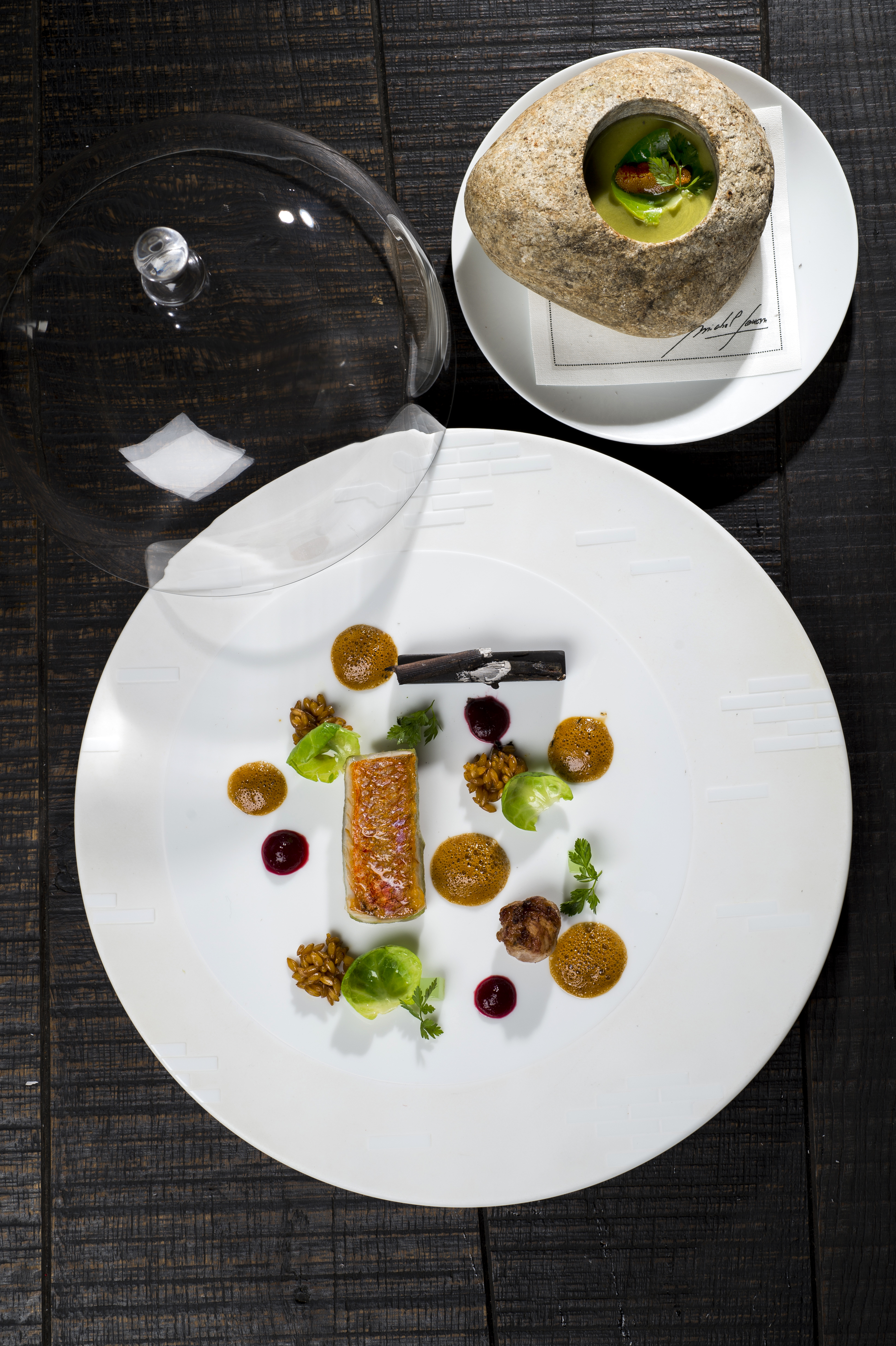 Born in Armagnac, Gers, to a mother, Pierette, who ran Auberge de Saint-Martin Bergerayre, hospitality was in Michel’s blood. Although he initially followed the path of medical school after his Baccalaureate in hopes of discovering new experiences, Michel’s destiny caught up with him two years later, and he returned to his family’s inn to learn the trade.

Flourishing in the hospitality industry, it wasn’t long before Sarran found himself cooking in the kitchens of culinary greats. From Alain Ducasse at Juana to Michel Guérard at Prés d’Eugénie, and Jean-Michel Lorain at La Côte Saint-Jacques, Sarran rubbed shoulders with France’s finest culinary minds.

After gaining invaluable experience at some of France’s best restaurants, Michel was offered his first position as head chef at The Pines in Saint-Tropez. Thereafter, Sarran went on to become the head chef at the Mas du Langoustier, Porquerolles, and this is where his culinary talents were first noticed, earning him his first Michelin Star in 1991.

The chef always knew that he wanted to set up a restaurant of his own, but it was the restaurant’s location which he was unsure about: Toulouse or Paris? It was the pink city, Toulouse, that he eventually chose to be the home of his maiden restaurant, and in June of 1995 Restaurant Michel Sarran had its first service.

Nestled in a beautiful mansion on Boulevard Armand Duportal, Restaurant Michel Sarran welcomes no more than fifty guests per service. The townhouse setting, which is bourgeois but warm, retains an intimate atmosphere that is dear to the chef, allowing him to receive his guests as friends. Michel comments, “This house is more than a restaurant.”

The downstairs room, which was redecorated in 2010, excludes elegance with its raw materials and sunny tones. The back garden is perfect for those warmer summer days, eating a delectable lunch while overlooking the lush garden. The upstairs rooms, which were refurbished in 2001, are more subdued and intimate, honoring Toulouse with staged bricks incorporated into the décor.

Although Sarran loves his Southwest France region, with its unique terroir and products, he is passionate about traveling abroad to discover new cuisines and ingredients. From Japan to Thailand, Egypt, Turkey, and other culturally rich regions, Sarran uses these flavor-filled countries to inspire his cuisine. At their core, Sarran’s culinary creations are an ode to gluttony: “We are merchants of pleasure”.

“I want my cooking to be tasty, tickle the palate and if it can create emotions then my goal is reached and the pleasure is shared.”

Another restaurant where Serran’s pleasurable food is shared is Café Emma in Barcelona.  Conceived by Michel Sarran and Romain Fornell, one of the former cooks of the chef, Café Emma offers a simple but well-made cuisine based on quality products. The relaxed restaurant continues the tradition of the French bistro in the land of tapas and paella, such as Snails with garlic/parsley, candied duck, tartare au couteau, ribs and home-made fries, sandwiches, eggs à la neige and crêpes Suzette.

A guitar, a thriller, a knife and a fire stone.