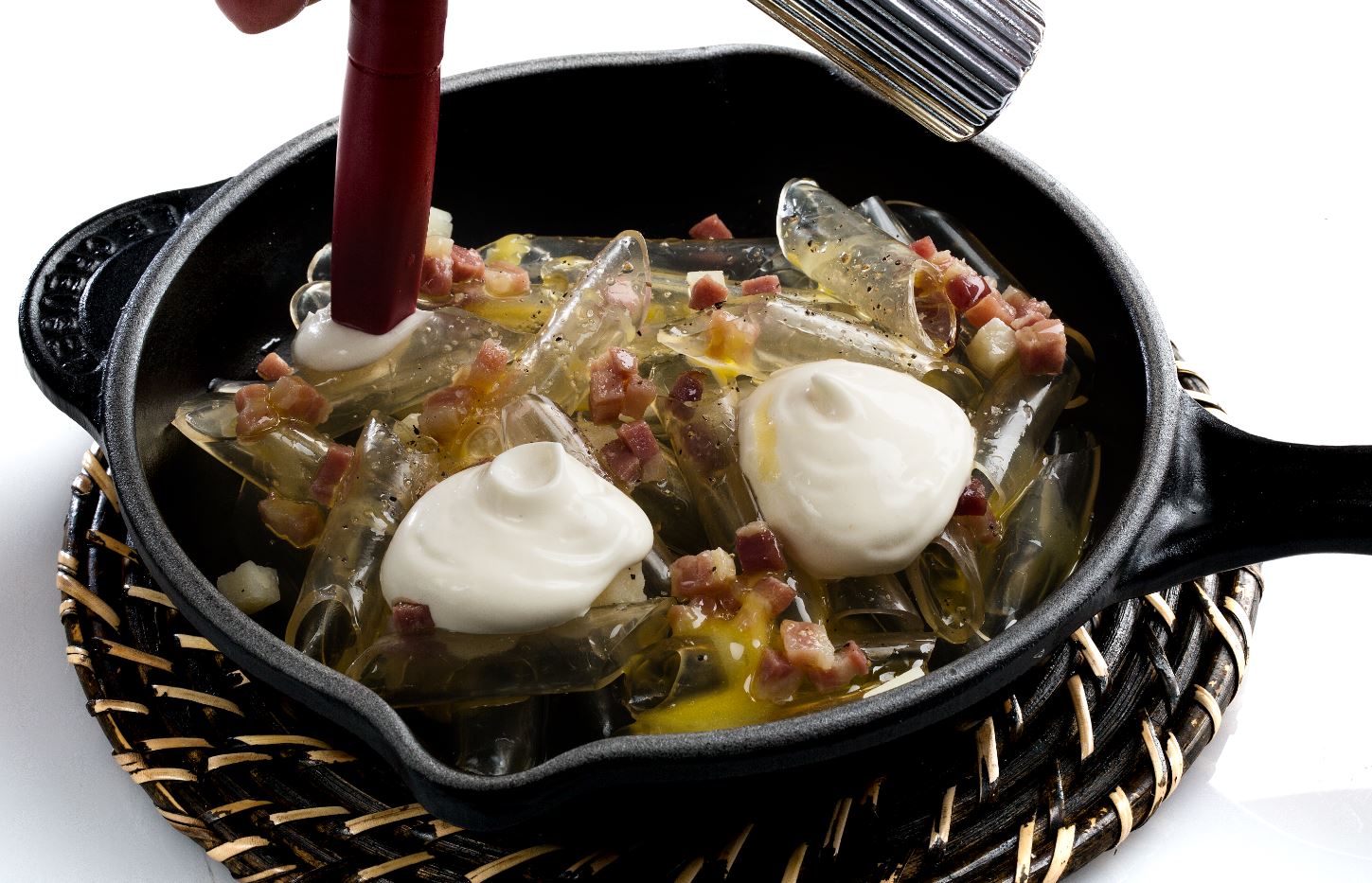 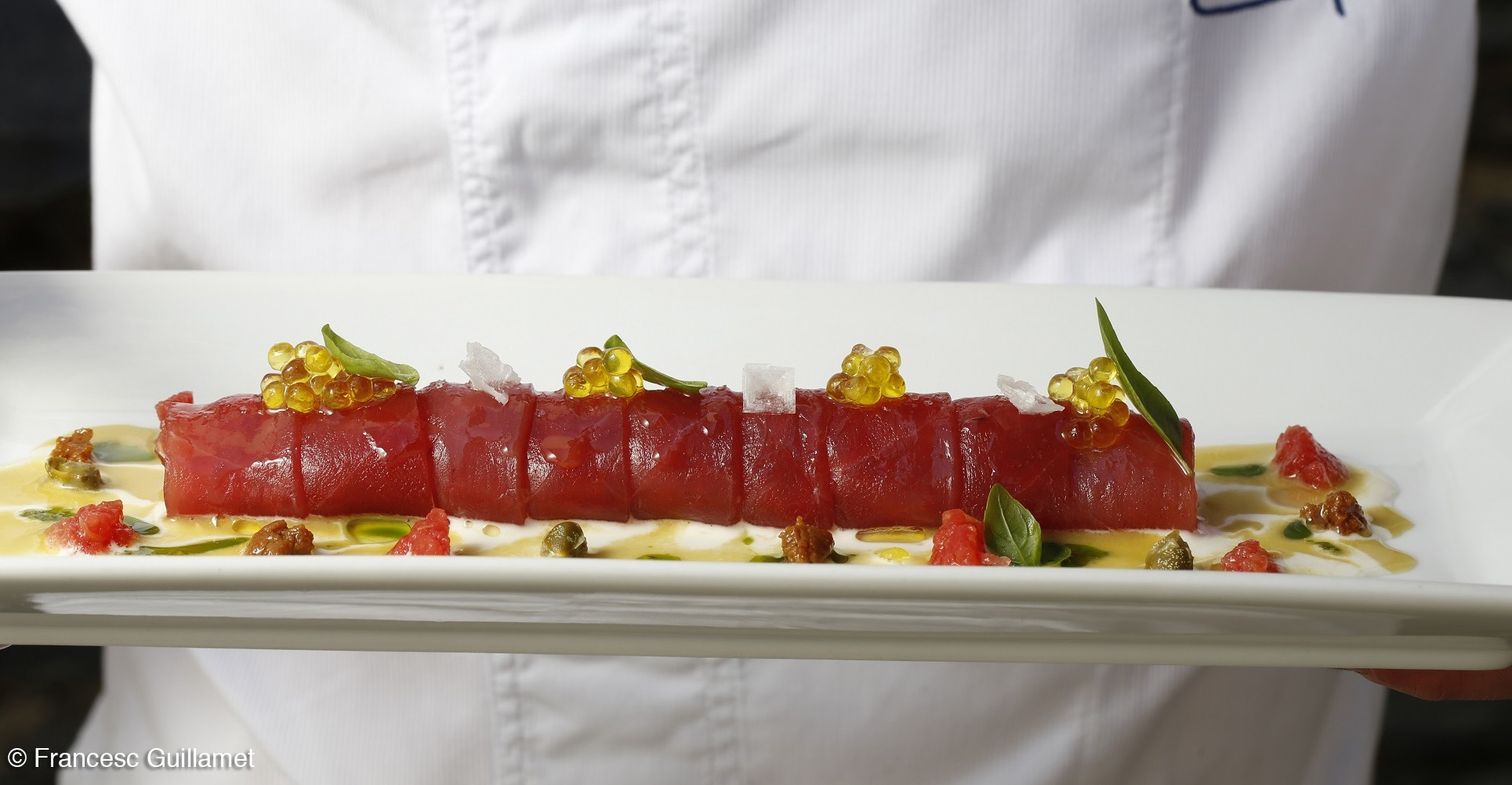 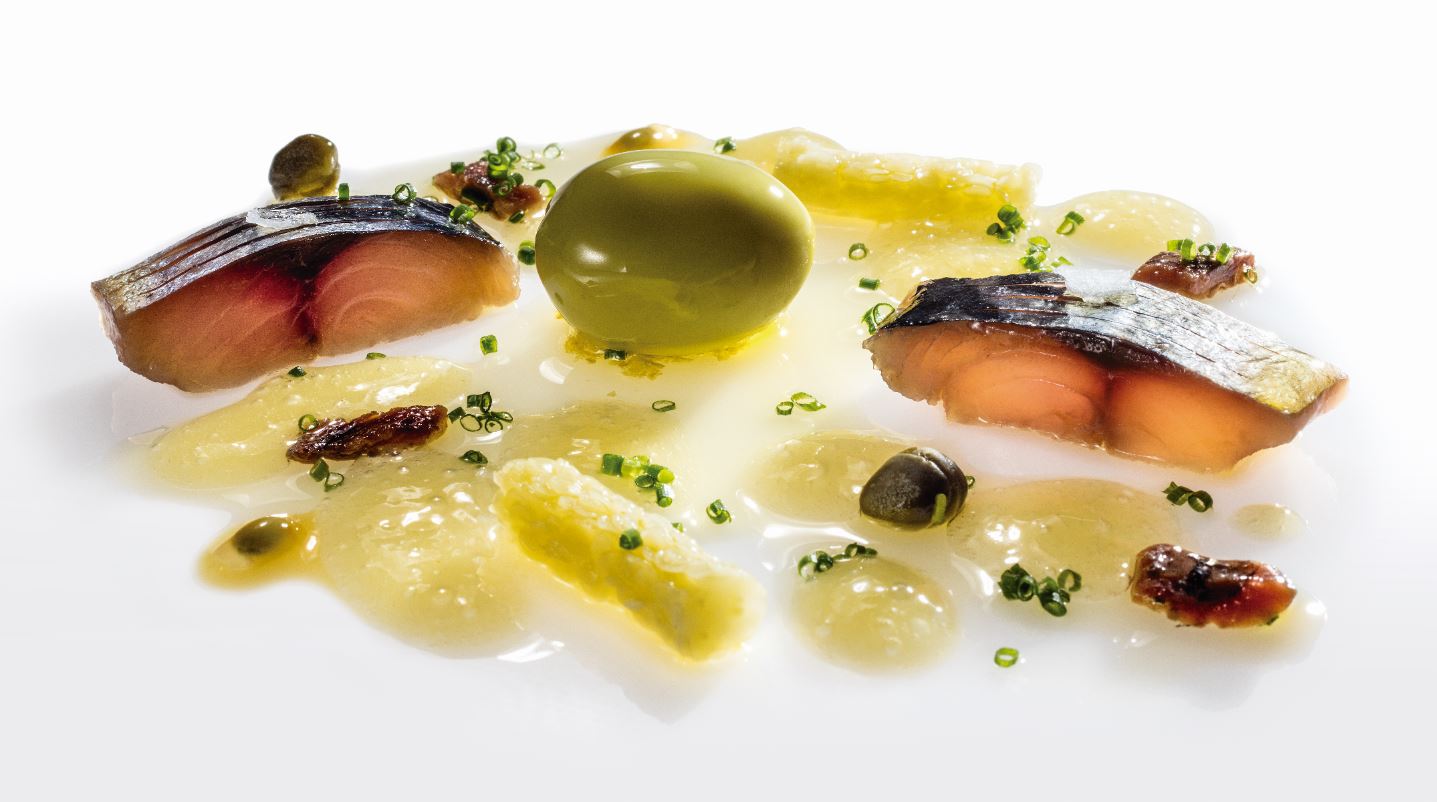 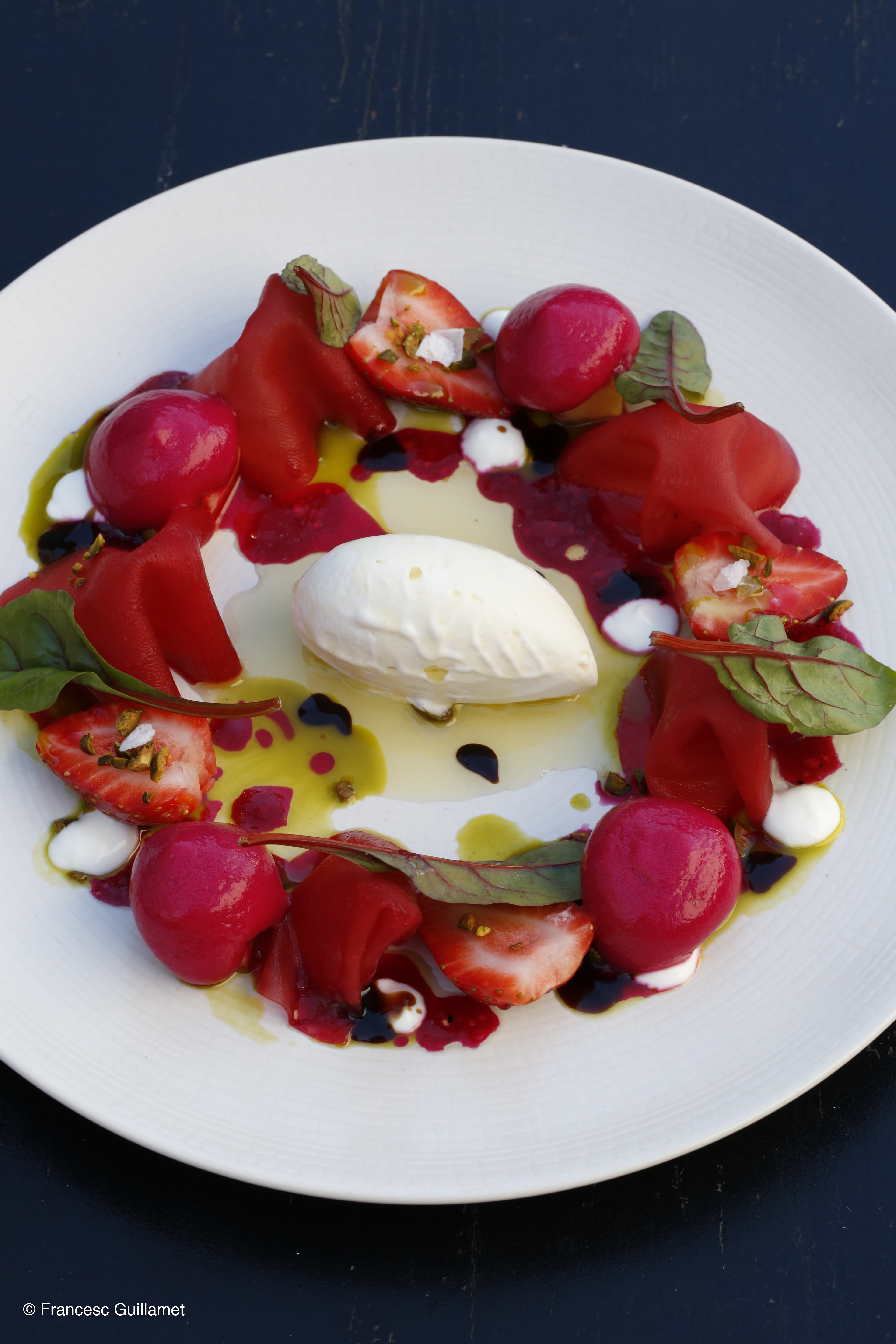 This trio of multi-talented chefs is the culinary force behind 2 Michelin-starred Disfrutar in Barcelona and Compartir in Cadaqués.

Oriol, Mateu and Eduard met in the famed kitchen of Ferran Adrià’S elBulli more than 16 years ago. All 3 chefs trained here professionally, rising up the ranks until they all held top positions in the kitchen. Between 1998 and 2011 – the year in which elBulli closed – the three chefs were part of the creative team in the restaurant’s kitchen, alongside Albert and Ferran Adrià. When elBulli closed its doors in July of 2011 to become the elBulliFoundation, the three chefs stayed on the team until November 2014, actively working by Ferran Adrià’s side on the conceptualization of the Bullipedia.

It was in 2012 that they decided to become business partners and bring a long-standing thought of their’s to life: opening their own restaurant. And so, in April of 2012, Compartir was born in the idyllic setting of Cadaqués – place filled with magic and charm in the heart of the Mediterranean. The restaurant bases its gastronomic offers on dishes intended for sharing, which showcases modern cuisine blended with traditional cooking.

With Compartir Cadaqués becoming a quick success, the trio opened their second establishment, Disfrutar, together in Barcelona in December 2014. Disfrutar’s gastronomic offerings are avant-garde, and take on the form of a tasting menu. Disfrutar, which means “enjoy” in English, was conceptualised to provide guests with the ultimate level of enjoyment of creative cuisine. The tasting menus are designed to allow guests to feel relaxed, happy and to enjoy the innovative, Mediterranean-rooted cuisine. In short, Disfrutar is a restaurant with daring, fun and modern cuisine searching for taste as the main proposition.

Disfrutar’s premises, with its contemporary design, are as surprising as the cuisine . Located in the Eixample, just in front of the Ninot Market, Disfrutar’s interior is inspired by respect for the Mediterranean’s history and legacy, with ceramic being the common theme marking the interior. The entrance area is an ode to Barcelona, showing off the wrought iron of the Ninot Market and the colours of Mironian ceramics. The central corridor, made from ceramic with the colours and textures of clay, goes through the kitchen which is completely visible to clients and leads to the main dining room. This is inspired by small fishing villages and stands out as a bright, white space that transports one outside the city and connects with the terrace; a nod to Compartir.

It is the creative, high-quality cuisine paired with the intimate and welcoming manner of Disfrutar that has gained it 2 Michelin stars in The Michelin Guide.

Born and raised in Roses, Girona, into a food-orientated family, Mateu’s first experience in the restaurant world was in the family business – a restaurant in Si Us Plau in Roses. He then went on to apprentice at elBulli, gaining experience in all sections of the kitchen. While working as part of the creative team for the elBulliFoundation part, Mateu was able to train in a variety of other kitchens, such as Restaurante Mas Pau under the direction of Toni Gerez and Xavier Sagristà; Restaurante Túria with Rafael Clarassó and Hotel Four Seasons at High Park Corner, London.

Born in Barcelona, Oriol started his culinary career training at Joviat School in Manresa and at the Gremi de Pastisseria de Barcelona school. Thereafter, Oriol worked in the kitchens of La Torre del Remei in Puigcerdà; Via Venetto in Barcelona; Jean Luc Figueras in Barcelona; Pastelería Totel de Paco Torreblanca and Martín Berasategui’s Lasarte. Thereafter,  at the end of the 1990s, Oriol started as a pastry chef apprentice at elBulli learning and growing as a chef until 1998, when he took charge, together with Ferran and Albert Adrià, of the creative team of elBulli, dedicating a large part of his work to the research and development of new dishes for the gastronomic offer of the restaurant.While working as part of the creative team for the elBulliFoundation, Mateu was able to train in a variety of other kitchens, such as Charlie Trotter in Chicago and Michel Bras in Laguiole.

Born in Vila-seca, Tarragona, Eduard started off in the culinary industry training at Escola d’Hosteleria de Cambrils, followed by Restaurant Quim Font in Salou; 2 Michelin-starred Ousteau de Baumanière at Aix-en Provence in France and 3 Michelin-starred Arzak in San Sebastián. Eduard then started as a chef de partie in the kitchen of elBulli and during his years working as part of the elBulli team, he gained additional training with periods of work experience in different restaurants such as Pastelería Escribà in Barcelona; 3 Michelin-starred The Fat Duck in Bray, United Kingdom and 3 Michelin-starred Le Calandre in Padova, Italy. From 1999, Eduard had the chance to work in all the areas of elBulli, eventually taking on positions of maximum responsibility. From 2005, Eduard also took charge, together with Ferran and Albert Adrià, of the creative team of elBulli, dedicating a large part of his work to the research of products.

The every day work and keeping in touch with the kitchen.

What would you take to a desert island?

We would take a knife and a matchbox.

We would like to go to elBulli if the restaurant was still open… We worked there for many years but we never ate in it as guests.