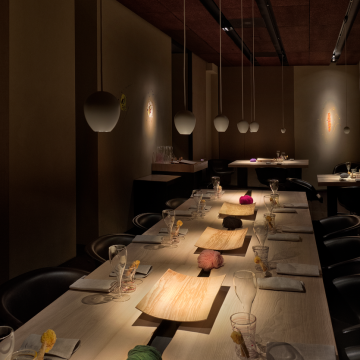 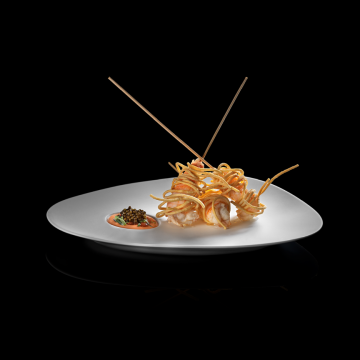 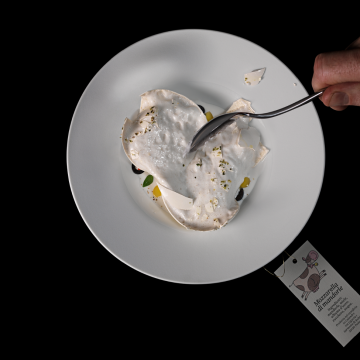 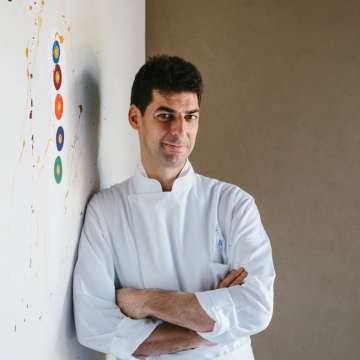 “Cuisine must undress itself of the superfluous to rediscover the innocence of a child” Apart from award-winning, three-Michelin-starred Chef Massimiliano Alajmo’s culinary creations are exceptional examples of sophisticated, modest and heartfelt Italian cuisine. Born into a long line of chefs and restaurateurs, it’s no surprise that Massimiliano decided to embark on a career within the

Born into a long line of chefs and restaurateurs, it’s no surprise that Massimiliano decided to embark on a career within the restaurant sector. After attending hotel management school, Massimiliano furthered his culinary educations in the kitchen of Alfredo Chiocchetti of Ja Navalge in Moena, Marc Veyrat of Aberge de l’Eridan in Veyrier-du-Lac, andof Les Près d’Eugenie in Eugénie-les-Bains.

In 1993, he began working at Le Calandre in Sarmela di Rubano with his mother, chef Rita Chimetto, who had earned the restaurant its first Michelin star in 1992. A year later, Massimiliano became the restaurant’s executive chef, earning the restaurant its second star in 1997 and its third in 2002, making him the youngest chef to be awarded with the Michelin Guide’s prestigious three-star rating at the time.

Today, Massimiliano runs Le Calandre together with his brother Raffaele, as well as La Montecchia and Quadri, among other cafe-bistros. He opened Quadri in Venice in 2001 and one year later the restaurant was awarded its first Michelin star.

If Italy was a crown, the Alajmofamily would be its jewels.

To please my clients

Yet another delicious offering from Andrea Migliaccio of Michelin star restaurant L’Olivo in the Capri Palace hotel, Italy.