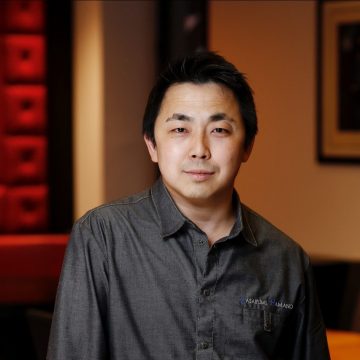 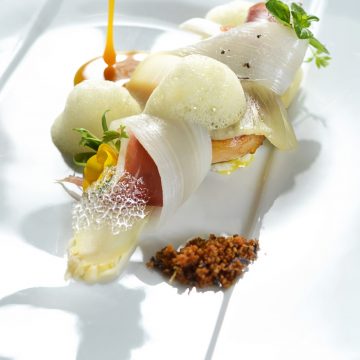 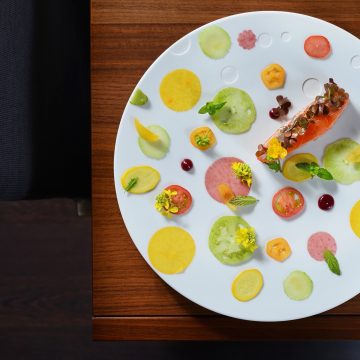 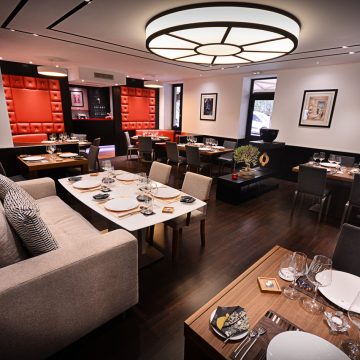 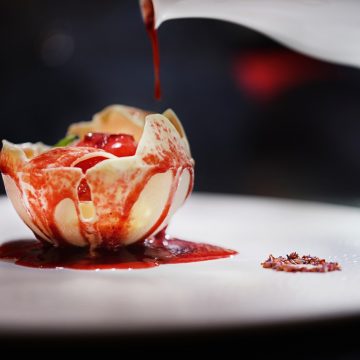 As chef-owner of Au 14 Février Saint-Amour-Bellevue in the rural French town, MasafumiHamano blends all his culinary experience with his passion for the craft and the joy it brings into his cuisine. His aim was to create a restaurant that could be appreciated by local French guests in more rural areas, not in large cities or tourist hotspots, and the chef has certainly managed to achieve this with his two-Michelin-starred restaurant.

Born in Itoshima City, in the Fukuoka Prefecture of Japan in 1975, Hamano first started cooking when he was in junior high. With parents as tomato farmers, they were busy throughout the day, and thus, without his mother there to cook him lunch, Hamano began learning how to cook for himself.

Intrigued by cooking and the kitchen, Hamano would constantly attempt to make new things, trying over and over again using trial and error to perfect his cooking. One day, the now chef was complimented by a girl in his class about his lunch – ecstatic since he had never been complimented before on anything, this was the moment that Hamano realized that cooking brought him much joy. However, Hamano had not yet decided that this was going to be his career.

Upon completing high school, with good grades under his belt, Hamano received recommendations to a few Universities. However, even though college was strongly recommended by his family and teachers, he refused to go down a path he was uncertain about. His mind wondered about other options, and then his passion for cooking came to mind. This is when he decided to go to culinary school, even though his parents were strongly opposed.

To appease his parents, who believed that Hamano should first experience how difficult it is to work in a hotel kitchen before deciding to go down this career path, he spent time in a hotel kitchen before attending culinary school. Ironically, this is when his fascination with the world of cooking manifested – while washing dishes he stared at the chefs producing incredible dish one by one and he wanted to do this too.

After getting to his parents to agree with his plan, Hamano went to study at Nakamura Cooking Confectionery Vocational School in Fukuoka City. Initially, he did not learn French cuisine – he worked part-time at a Chinese restaurant while he studied and specializing in Chinese cuisine did cross his mind.  However, after graduating he went to France in 2004 and worked under Chef Hiroyuki Sakai at a restaurant La Rochelle – this was his first mentor in French cuisine and since then, Hamano’s love for fine French food has not ceased.

In 2007, Hamano became the Chef of “Au 14 Février Saint-Valentin”. Under his helm, the restaurant earned one Michelin Star in 2012 Michelin Guide in France.

Hamano explains his philosophy: “Once the door opens, you have only to go forward.  The first step is to have the courage, you just have to strive. Regret is the road to failure. In order not to fail on the road you choose, you have to work hard. Even if you fail, there is no choice but to continue. If you think that you should have chosen a different path, that is probably because you haven’t put enough effort into the work you are doing now.”

Competitive and hard working, Hamano always fought his utmost to be the best and to do better. Entering the culinary world with little skill, he practiced long and hard and learned fast. It was this devotion that got him promoted in the kitchen.

Hamano describes his experiences in the La Rochelle kitchen that led him to become the chef he is today: “While I worked so hard, I noticed something: To say things are to think. Remarks and ambitions decide the future. The chefs and colleagues working in the kitchen were divided into two groups, a group of people that only use optimistic and positive remarks and a group that use only pessimistic and negative remarks. Those in the positive group always talked about their dreams and future prospects, and after that they actually became head chefs and owners’ chefs, and everyone fulfilled their dreams. It was then, at the age of 20 that I decided to not make any negative or pessimistic remarks. Since then, I also avoid saying that “I’m tired” or “I’m busy”. Also, I am always mindful of my goals and make sure to complete before my own deadline.”

Hamano’s unique ability to “communicate without speaking” and his innate understanding of what chefs need or want is what led him to become the assistant on the TV program “Iron Chef, he expalins: “In my kitchen, I always try to keep in mind what it is that the Chef wants or needs, even though he doesn’t say anything. For example, if I think “the Chef is going to use this plate”, I will prepare that plate and always anticipate the Chef’s next action, thinking to myself, “the Chef’s next move will be …. “ and prepare for that action in advance to make his work flow more smooth. Also, if you make a delicious dishes, you will be noticed naturally.”

“Being able to communicate through my actions, without speaking and being able to make delicious dishes. These are the two points I paid attention to in creating the opportunities I wanted. . As you can see, a big opportunity will come along sometimes while we are taking care of others. There is no other way to capture opportunity other than accumulating them while staying on a steady path. It is something that cannot be obtained by only chasing a big opportunity.”