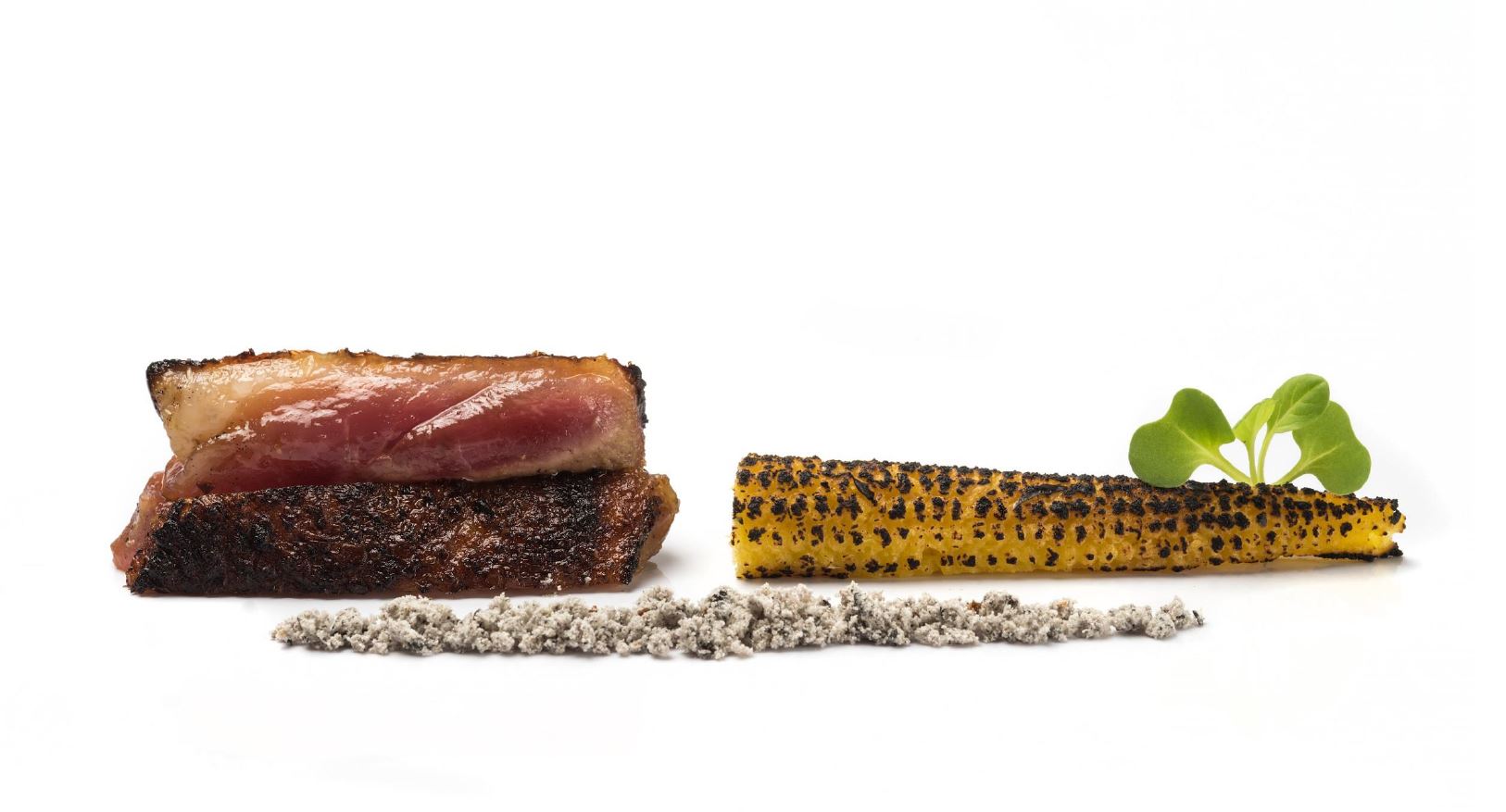 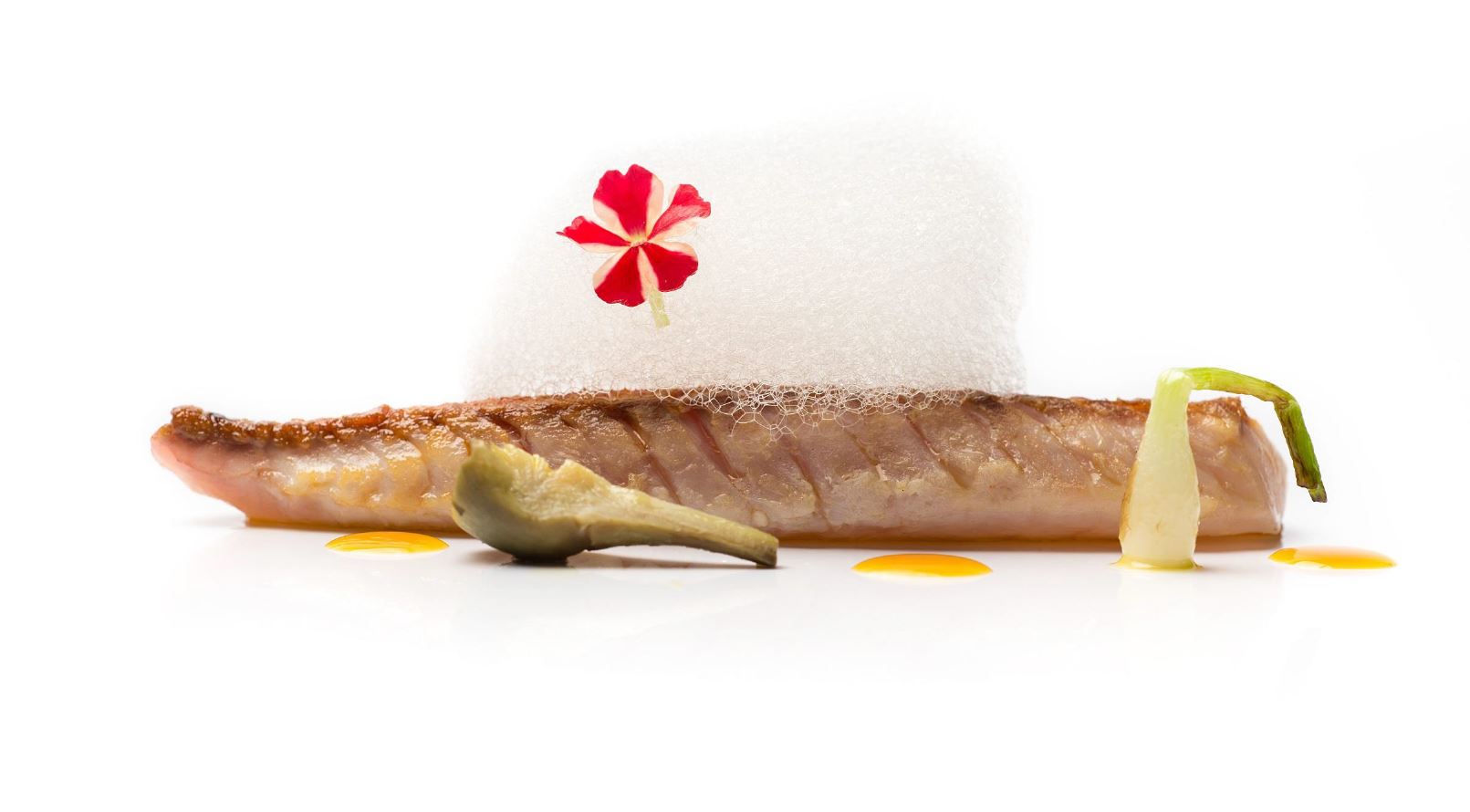 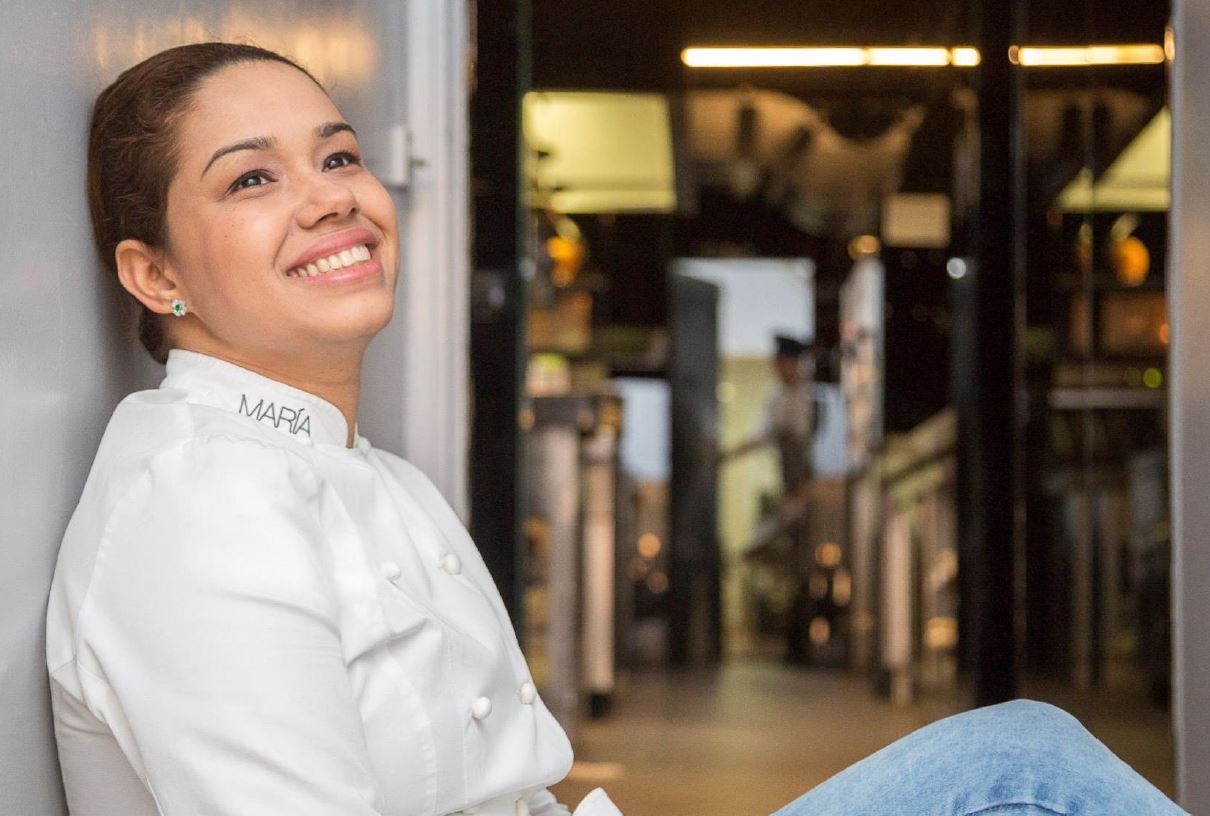 Chef María Marte has made culinary history, being the only woman in Madrid and the entirety of Latin America to date to achieve 2 Michelin stars while helming a kitchen. Her excellent work at El Club Allard in Spain, for which she achieved the prestigious stars, was career-defining and cemented her as one of the best, and most inspirational, female chefs in the world.

Born in Jarabacoa, Dominican Republic in 1976 to a pastry-chef mother and restaurant-owner father, María developed a love for cooking at an early age. She never attended culinary school, but always had her eyes set on being a chef.  She started a catering business that she ran from her home, while she cared for her two young children. But, in 2003, she made the difficult decision to leave her family and emigrate to Spain to pursue her dream of being a chef.

María’s introduction into the culinary industry was harsh, with the only job available washing dishes, she had to overcome many challenges if she wanted to become the chef she hoped to be. The dishwashing job was at El Club Allard, and this was the beginning of her culinary journey with the establishment that would catapult her into culinary success.

María worked hard in her youth, taking on long shifts from 9:30am to 3:00am at the restaurant, scouring pots and clans, and cleaning the kitchen. Showing her peers her hard work and dedication, she earned their respect. Marte was then slowly given some cooking responsibilities in the kitchen, provided that she maintained her dishwashing duties, and from thereon out, her devotion to the kitchen never faltered. She defied all hurdles and prejudices, fighting her way to obtaining a role as a kitchen assistant, and continued to rise in ranks in the kitchen.

In 2006, she became El Club Allard’s head chef, Diego Guerrero’s, right-hand woman. In 2007, El Club Allard was awarded its first Michelin star, followed by its second in 2013, with Marte playing a vital role in the kitchen alongside the head chef.  In 2013, Guerrero departed from El Club Allard unexpectedly, which led  managing director Luisa Orlando to make the bold and unprecedented decision to appoint dishwasher-turned-cook, María, as the new head chef.

The success that El Club Allard achieved while Marte reigned the kitchen defied all doubts, and is testament to the vigor of the women-led team. María continued providing the haute cuisine that El Club Allard’s name become synonymous with, ensuring that she maintained the establishment’s 2 Michelin star status.  Along with the Michelin Guide recognition, Marte received a host of accolades for her hard work and excellence in the industry.

Marte has developed a characteristic cooking style which blends Dominican, Latin American and Mediterranean cuisines. The chef uses these flavours along with her creativity and extensive knowledge of culinary techniques to create innovative dishes worthy of Michelin-star status. Marte continues to study modern and contemporary Spanish cuisine, and maintain her understanding of the world’s culinary trends.

Chef Marte’s cooking is influenced by the care and respect that she has for the product, using avant-garde techniques to recreate the beauty, flavors, and aromas that nature provides. Some of Marte’s signature dishes over the years include: “Smoked Eel with Rocoto and Coconut Sauce”, “Butterfish Shot with White Asparagus”, “Turbot with Smoked Arbequina and Mini In-Season Vegetables”, “Bresse Pigeon Accompanied with Risotto Made Of Yautia and Annatto”, “Chocolate Cream with Peachstone” and her first creation for El Club Allard, the “Hibiscus Flower on a Pistachio Crumble”.

“I enjoy surprising customers and giving them an unforgettable gastronomic experience”.

María recently left the El Club Allard team to return to her home town in the Dominican Republic, and open a cooking school for young women. After winning the Eckart Witzigmann Award for Innovation, María decided she wanted to use the 50 000 Euro prize to fund the cooking school. Her hope is to teach the women from her home country about the secrets of the kitchen that she has learnt in her career, so that she can give them better prospects for their future. She will remain in close contact with El Club Allard, however, as the restaurant has offered a 6-month training internship to the best students at her school, as  part of a scholarship programme. In the future, Marte also aims to open her very own restaurant, which will showcase the best of Mediterranean cuisine.
Awards