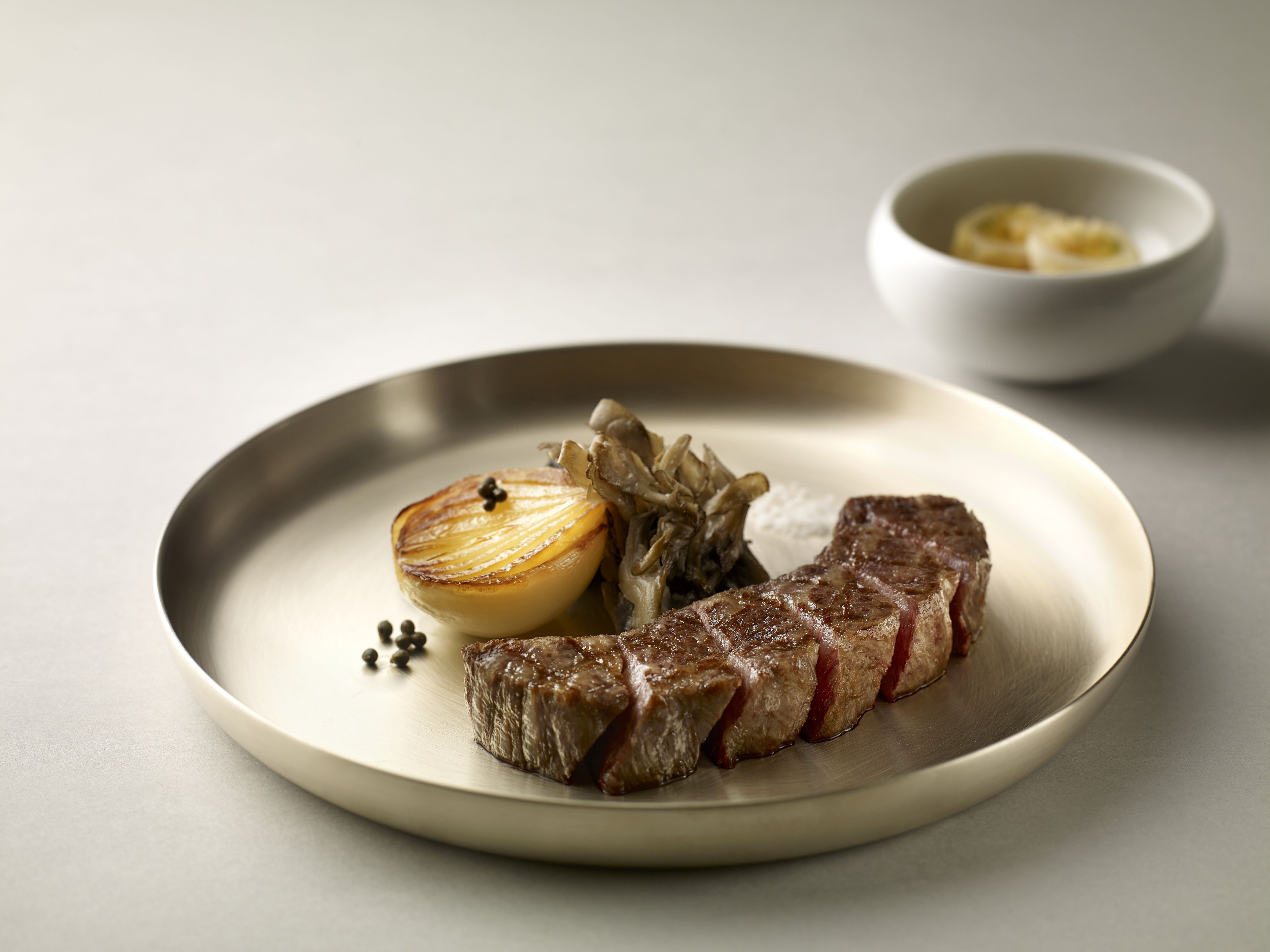 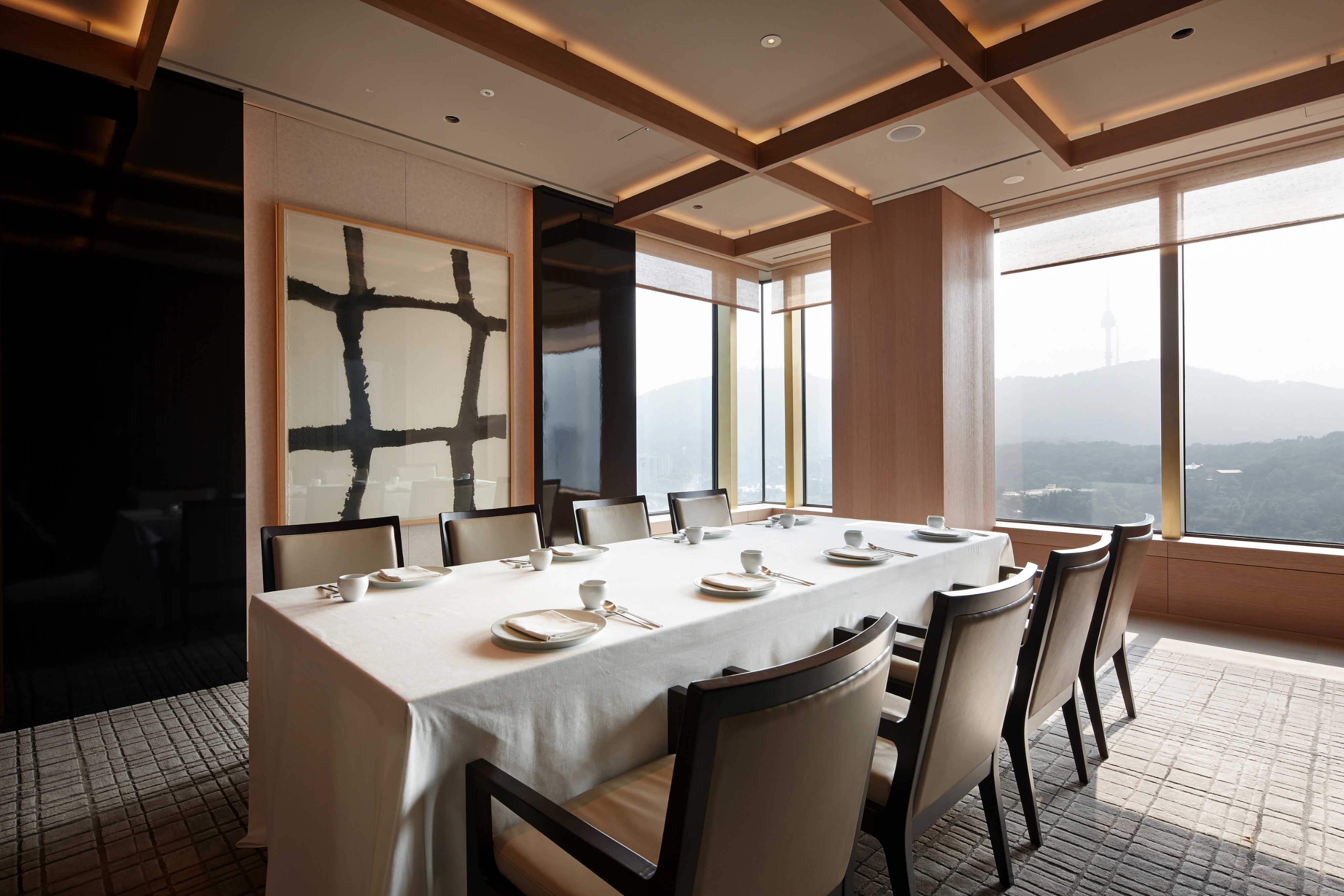 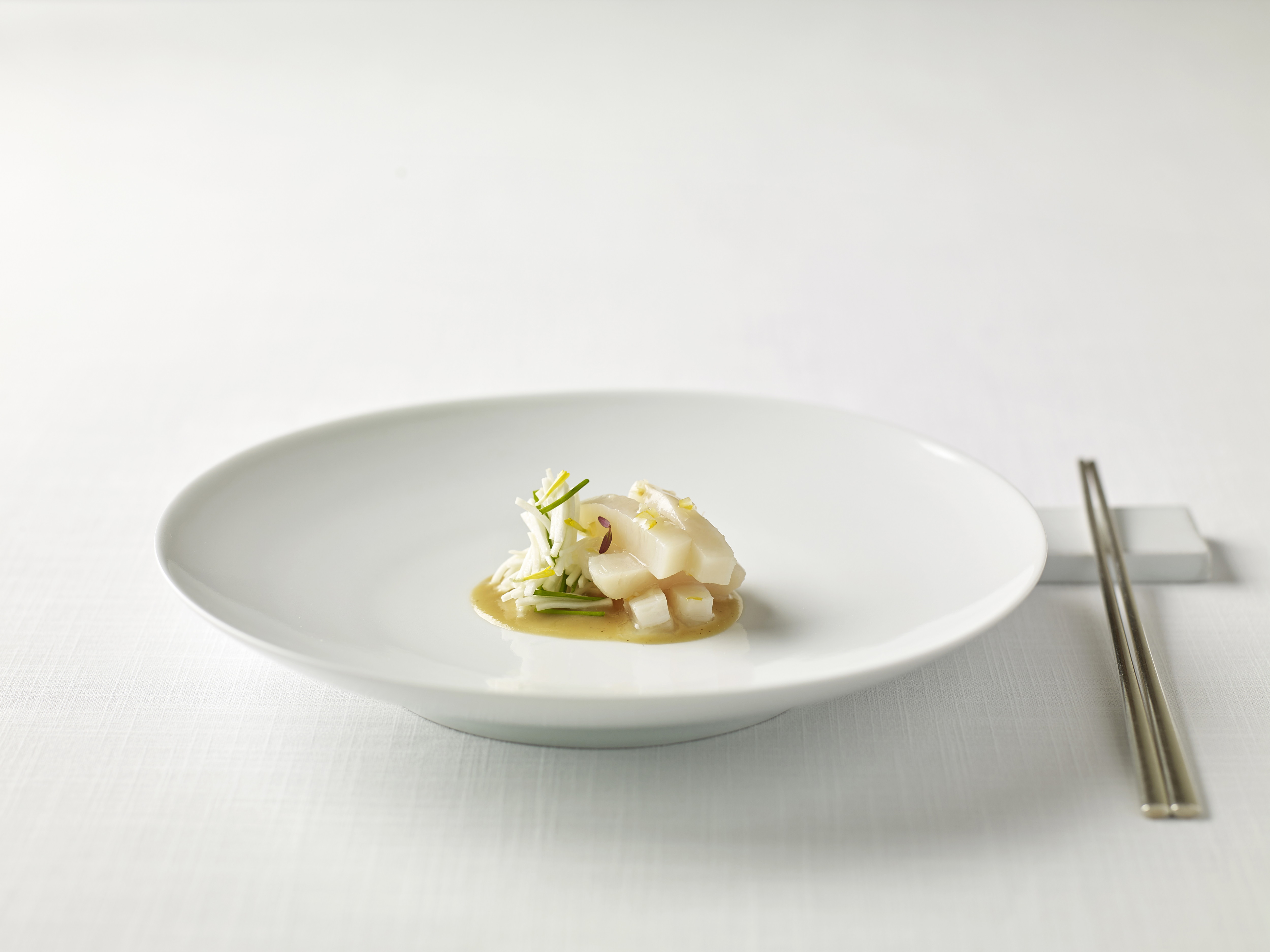 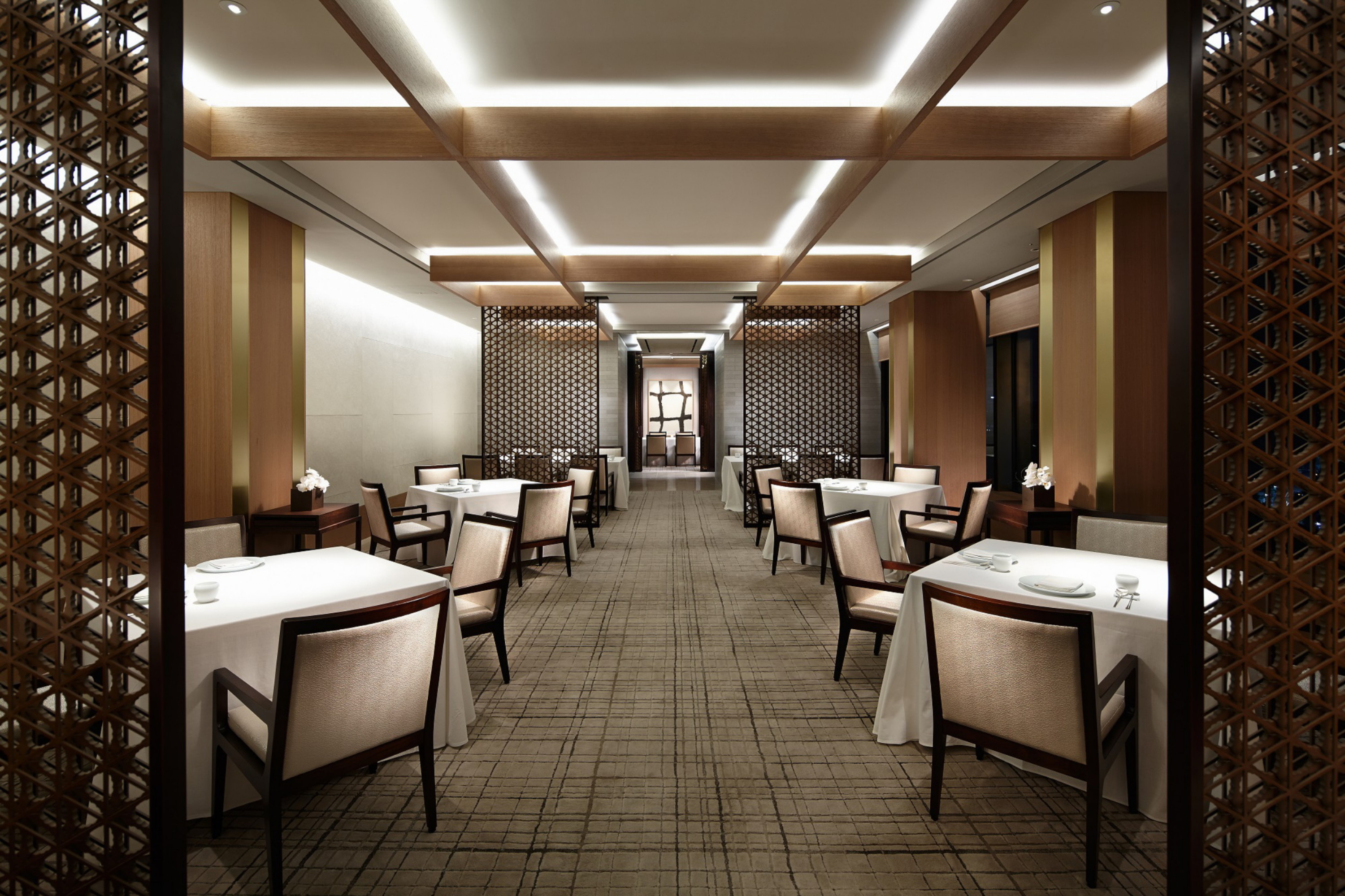 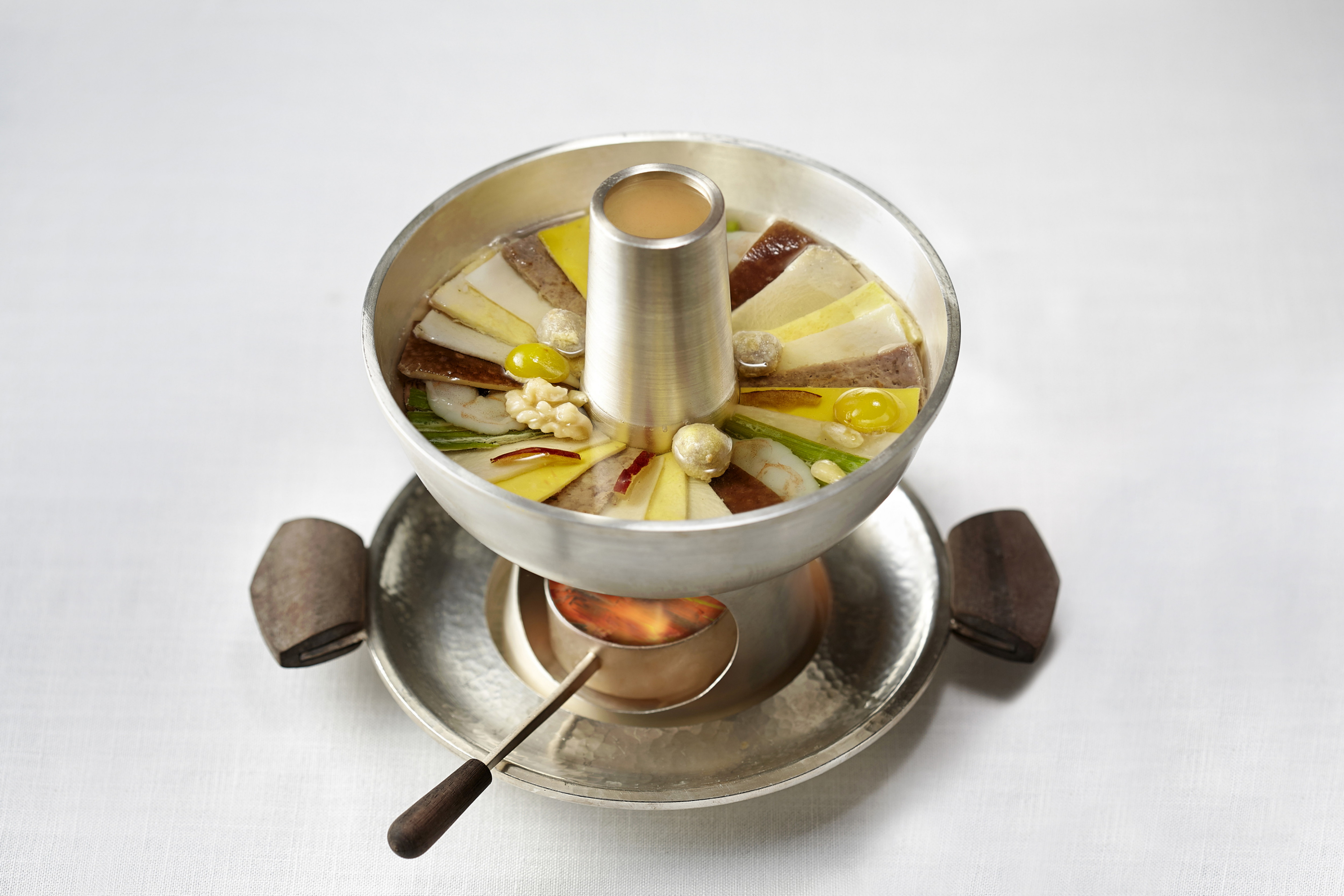 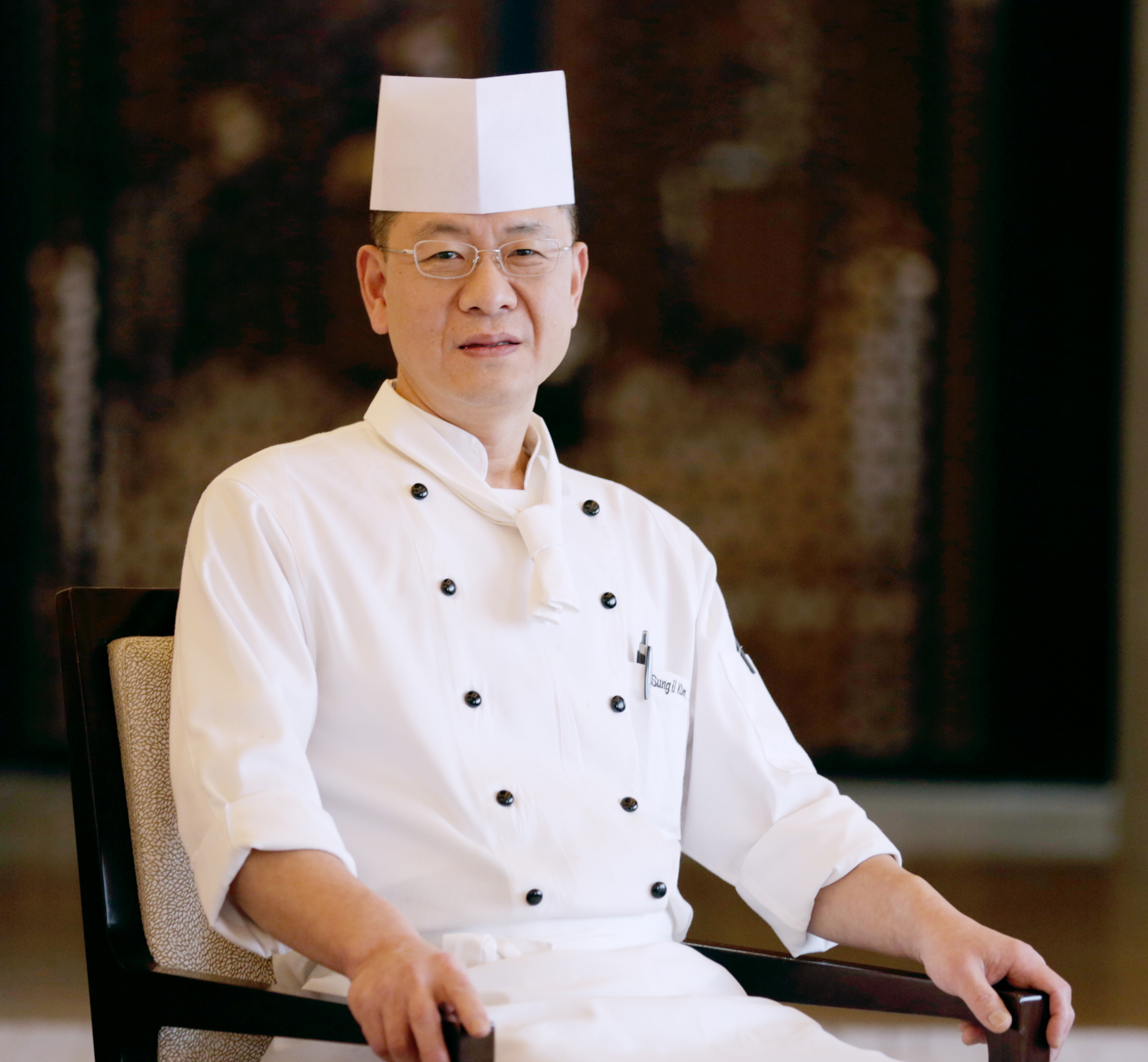 Kim Sung Il, the current Executive Chef of 3 Michelin-starred La Yeon at The Shilla Seoul, is regarded as one of Korea’s most respected chefs, honored for his creative reinterpretations of traditional Korean recipes.

Kim Sung Il, a Korean born chef who has been in the culinary industry for almost 3 decades, never had aspirations of being a chef when he was younger – his culinary career happened by chance. At the age of 26, he wanted to immigrate to Australia but in order to meet the Australian visa requirements, he required proof of an employable skill. It was at this point that  Kim Sung Il decided he would rather master the skill of cooking than the skill of coding, and thus, his culinary career began. He enrolled in a local culinary school, finished the course and received his chef certification.

The new chef’s Australian dream was, however, put in the backseat when his mother fell terminally ill. Kim was his family’s first-born son, and thus, he was pressured to take care of his ill mother, delaying his move to Australia indefinitely. Kim remained at his ill mother’s side, and in 1988, he broke into the culinary scene. This was the year of the Seoul Summer Olympics and all hotels were mass hiring in anticipation of the upcoming Olympic season. Kim applied to four  different positions, and was offered interviews for each – but all the interviews fell on the same day, forcing the newly-skilled chef to select only one. The Shilla Seoul was his first choice, and 30 years down the line, it seems to have been the right choice.

La Yeon at The Shilla opened its doors in August of 2013 with Kim Sung Il at its helm. La Yeon, a fine-dining Korean restaurant, revives Korean classics using only premium, seasonal and exclusively homegrown ingredients. Lee Bu-jin, the CEO and GM of The Shilla was determined to make La Yeon the epitome of traditional and authentic Korean cuisine, and thus created a task force whose sole job was to source the country’s finest seasonal produce so that the La Yeon team would have the best ingredients to work with –  thanks to this task force, all the ingredients and products used at La Yeon, from the rice to the charcoal used for grilling, have been procured from only the most exclusive sources in Korea.

The seasonal produces guides the La Yeon team, who alter the menu every three months to reflect the changing seasons and produce, placing emphasis on freshness and provenance. The team also uses traditional recipes passed down over generations as inspiration for dishes. One of their 10-course tasting menus has been crafted using recipes from a 500-year old Korean cookbook, Sooeunjapbang, showcasing the essence of ancient, authentic Korean cuisine and paying tribute to native Korean culinary customs.

The 11-man team led by Kim Sung Il were all hand-picked by the chef, and include culinary specialists that develop new cooking and preserving techniques. The team also designed one-of-a-kind specialty cookware that enables them to showcase the best of Korean gastronomy. Kim keeps himself and his team motivated by hosting workshops twice a month, in which there is a theme assigned, and the team presents the stories and history about a dish which relates to the set theme. The team then brainstorms methods in which they could reinvent each dish for potential inclusion on the La Yeon menu.

La Yeon has been recognised in the gastronomic industry for its culinary prowess, obtaining 3 Michelin stars and being named as part of Asia’s 50 Best Restaurants for the last three consecutive years. Kim is dedicated to showcasing his passion of Korean food globally, and has collaborated with a variety of international hotel groups to launch Korean-themed pop-ups, and he has, and will continue to collaborate with prestigious restaurants to expose food lovers around the world to the joys of authentic Korean cuisine.

I believe the foundation of Korean cuisine (Hansik) is fermentation. The basics of most, if not all dishes, include jangs, which are sauces like soy sauce, bean paste, red pepper paste prepared by fermentation. We have a separate storage facility for our jangs (sauces – soy sauces, bean paste, red pepper paste etc) and Kimchi. We also serve different types of Kimchi depending on the season. Examples include kimchi with pear and cabbage, cucumbers, and ginseng to complement our rotating seasonal menus.

It is the changes of seasons. In Korea, we have four distinct seasons. There are a wide range of seasonal ingredients and seasonable foods, so we draw inspiration from the changing seasons.Korean cuisine promotes eating with the seasons for staying in good health by using recipes that bring out the natural flavours and qualities of these food reserves.

Korean food is also rooted deep in tradition. There are a lot of recipes handed down from generation to generation, and there are old cookbooks available for such recipes, which are also a source of inspiration. One of our previous projects includes restoring the Sooeunjapbang, a cookbook over 500 years old that dates back to imperial Korea. Based on the traditions and techniques recorded, we were able to successfully recreate a 10-course tasting menu with modern interpretations for our diners. We received wonderful feedback, which has been great motivation for the team and our research efforts. The culinary team at La Yeon continuously explores historical dishes to revive them in creative ways and refresh the palette of Korean cuisine.

What do you do in your free time?

In my free time I like to cycle. I love to feel the river breeze (usually cycle near the Han river) and I can get rid of any stress. I like to do exercise as my hobby because I think a healthy lifestyle is essential for any chef. I also like to do research whether online or offline on different food trends.

What are your principles on sourcing produce?

At La Yeon, we use 100% local ingredients and seasoning. One of the most important elements of the menu is to use the finest seasonal ingredients. We source our seafood from all seas of the peninsula and even as far as the seas around Jeju Island. Our meat comes from Gangwon province, which is known for the finest quality Hanwoo (Korean beef).