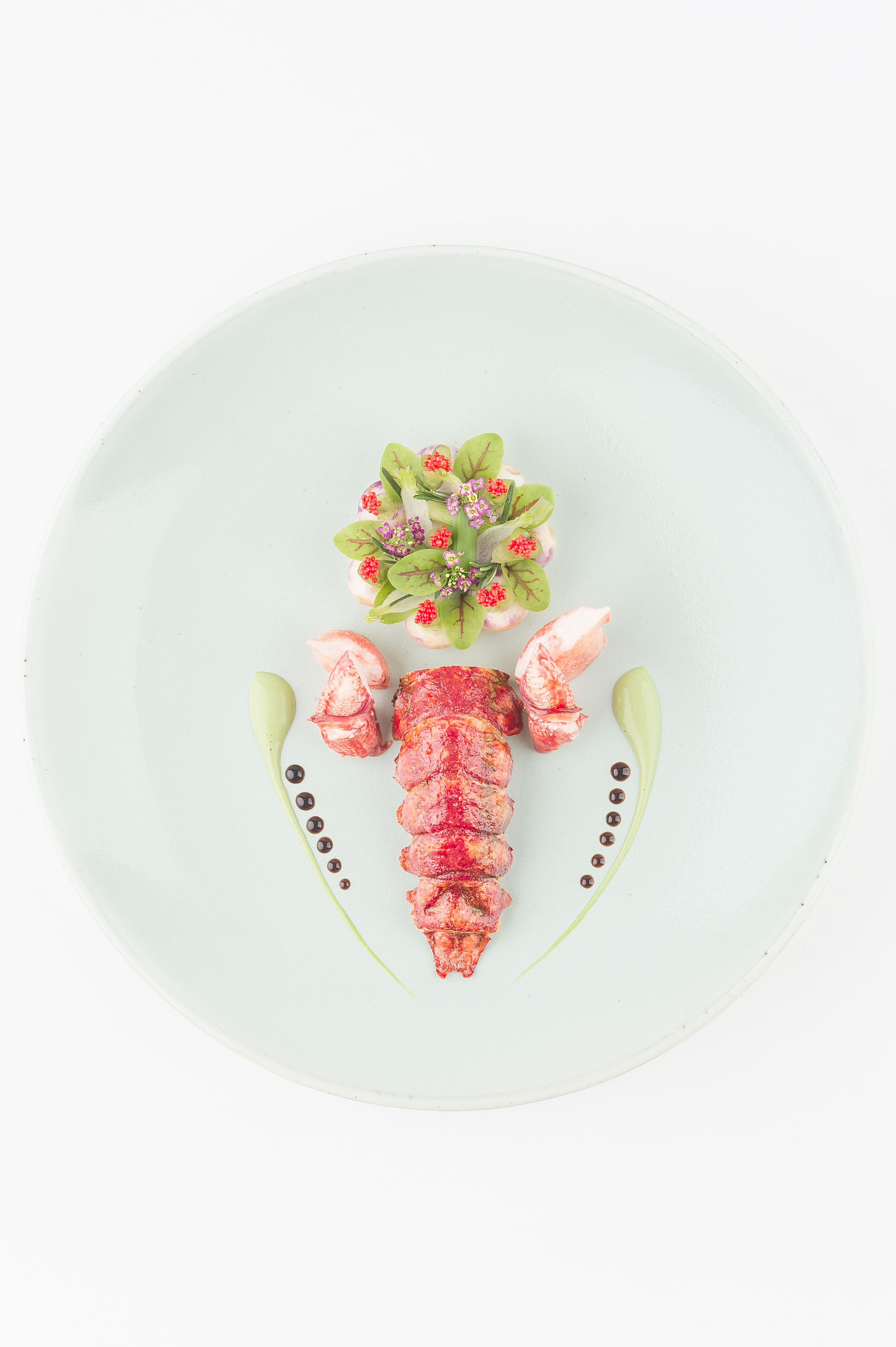 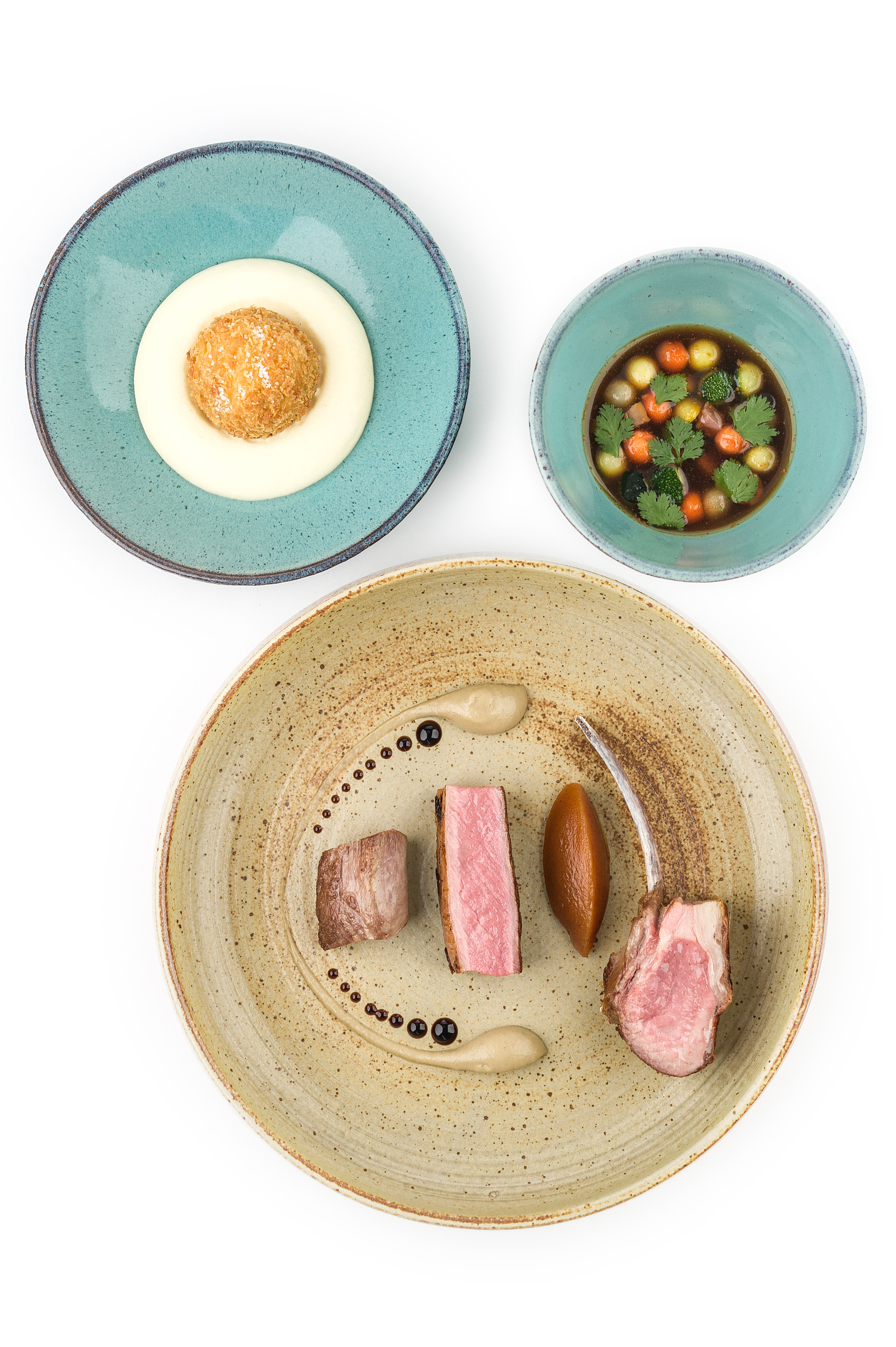 French chef Julien Lefebvre uses his culinary talent to delight diners with the most delectable dishes at Michelin-starred Château Cordeillan-Bages in the beautiful wine region of Pauillac.

Growing up in Normandy with parents in the transport business, Julien was inspired by the artisans in his family from a young age. However, instead of continuing on in the transport industry, Julien took a different approach to his family’s business, and found his calling in transporting emotions through culinary creations. This was the start of his gastronic career.

In 2002, Julien ventured to London and had his first taste of international gastronomy and the chef found himself inspired:

“I have been greatly inspired by the culinary repertoire of Auguste Escoffier, who is my thought leader in terms of French gastronomy, and chef Alain Passard who transformed my perception of vegetables, making them the centrepiece of his cooking.”

Cooking under the guidance of Michelin-starred chefs including Bernard and Mathieu Pacaud, Frédéric Anton and Éric Cocollos, Julien was introduced to a high caliber of contemporary cuisine, and developed a passion for the refined finishing and beautiful presentation of dishes. Over the 15 years he spent training in these haute cuisine kitchens, Julien acquired a great sense of precision in his cooking, and his current vision of fine cuisine and excellence was forged.

In 2017, at the age of 35, Julien Lefebvre became the new Executive Chef at the renowned Château Cordeillan-Bages, a 17th century charterhouse converted into a boutique hotel and fine dining restaurant at the heart of the Bordeaux wine route, run by the Cazes family of the adjacent Lynch-Bages. Since 1989, the family has been considered as the “pioneer in wine tourism”, expanding the scope of their operations by offering worldwide visitors an original experience that incorporates modern art exhibitions, bespoke wine tasting and wine making, fine dining and accomodation.

Stimulated by the wine cellar comprising of over 1800 bottles of the finest wines, Julien continuously experiments with his cuisine, striving to create an innovative range of classic French dishes to match Grands Crus and offer an exciting dining experience for guests around the world.

Julien is, too, inspired by the local produce and aims to showcase the best ingredients from the region in his cuisine.

“I believe in the labour of local producers and wish to be the link between the produce and our guests.”

The dishes on Julien’s menu include much of this locally sourced produce, such as caviar, foie gras, gambas, oysters, escargots, Pauillac lamb and Noisettines du Médoc, to name a few. Including this first-rate, locally sourced ingredients in his food ensures that diners experience the most authentic tastes of the Bordeaux region.

In 2018, not long after Julien joined Cordeillan-Bages, the restaurant was awarded its first Michelin star.

My absolute passion is working with fish and vegetables. From the depth of flavour to the sheer variety, I find my biggest challenges and achievements working with these produces. I spent my first year at Cordeillan-Bages meeting with local producers to discover their gastronomic treasures. This led me to create the Équilibre menu, inspired by the Indian wellness philosophy of Ayurveda. White fish; green and raw vegetables; curcuma and ginger; and the natural antioxidants of pomegranate, the menu features fresh seasonal, well balanced produces that are not only elegant but also healthy.

A picture of my wife and my children, some music, a book and a compass.

Without any hesitation I can say Alinea, the three Michelin star restaurant by Chef Grant Achatz in Chicago. The restaurant is currently undergoing a four-month refurbishment and I’m really excited to hear more about their new kitchen table experience, which promises to offer the most immersive experience at Alinea.