José Andrés is an internationally-recognized culinary innovator, passionate advocate for food and hunger issues, author, educator, television personality and chef/ownerof ThinkFoodGroup, and with partner Rob Wilder, is the team responsible for popular dining destinations in Washington DC, Los Angeles, Las Vegas and Miami and Puerto Rico. ThinkFoodGroup oversees all of José’s creative endeavors such as

ThinkFoodGroup oversees all of José’s creative endeavors such as cookbooks, television programming, concept consulting and project development. José was named Outstanding Chef of the Year at the 2011 James Beard Foundation Awards and was named among the 100 most influential people in the world by Time magazine in 2012. Recently he was named Dean of the Spanish Studies program at the International Culinary Center.

Joséhas been heralded for bringing both traditional and avant-garde Spanish cuisineto America, having lived there for over a decade. 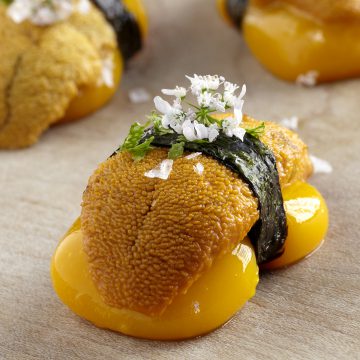 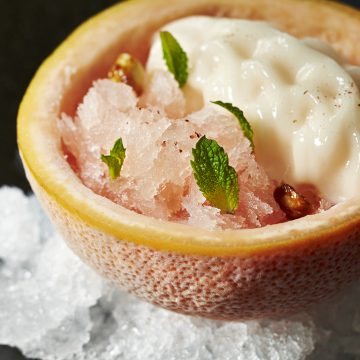 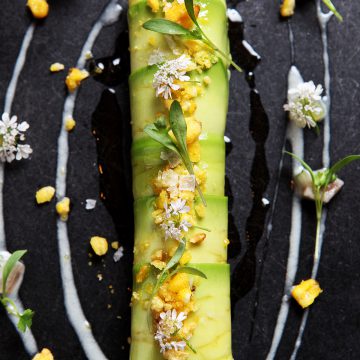 Spanish chef, José Andrés has gained the third most likes on Instagram, and we have the recipe : market fish ceviche and avocado roll jícama, micro cilantro, coconut… 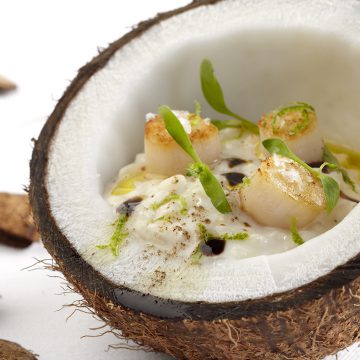 A Recipe by José Andrés

Creamy coconut rice, served in a half shell, with sephia, tamarind & ginger…