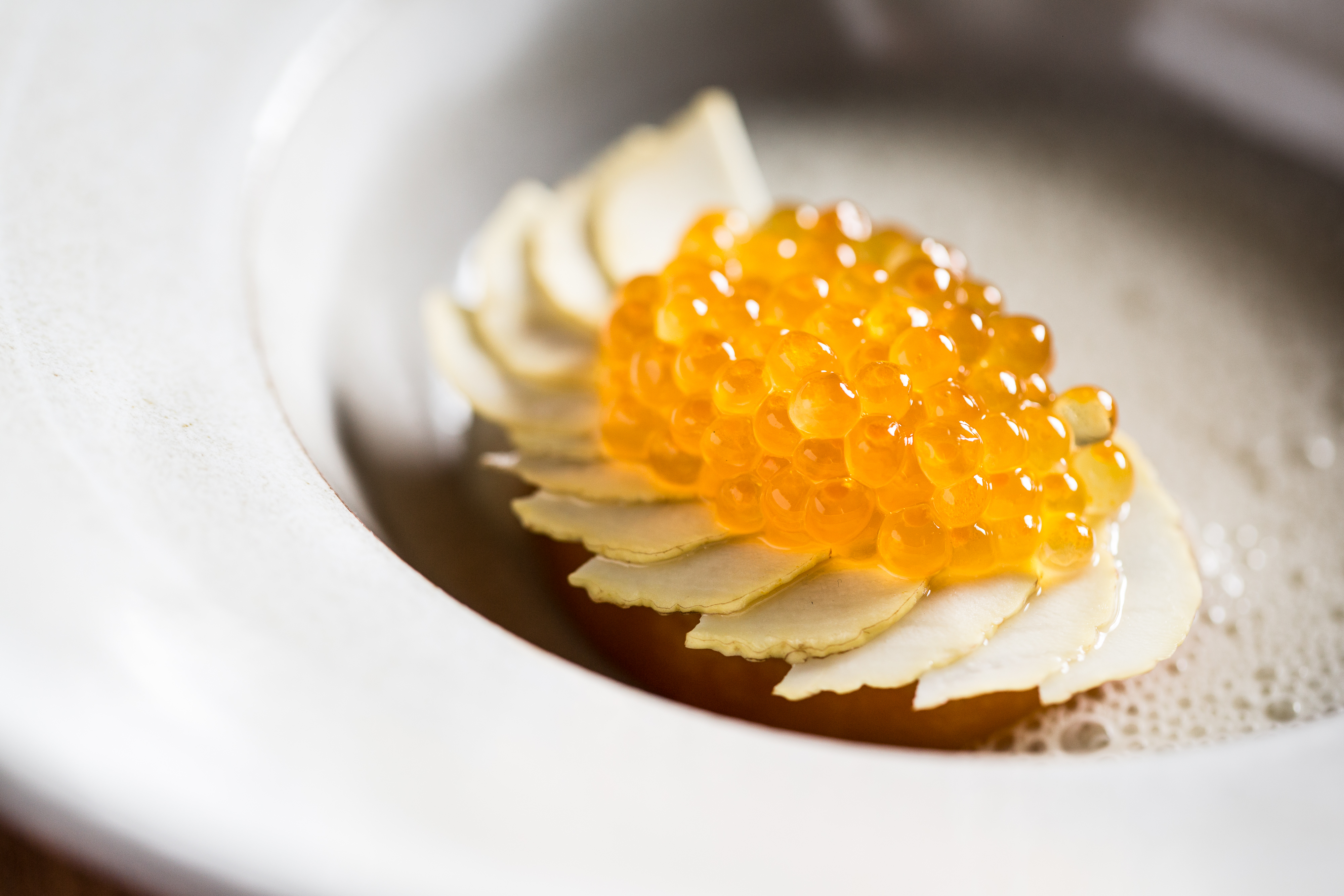 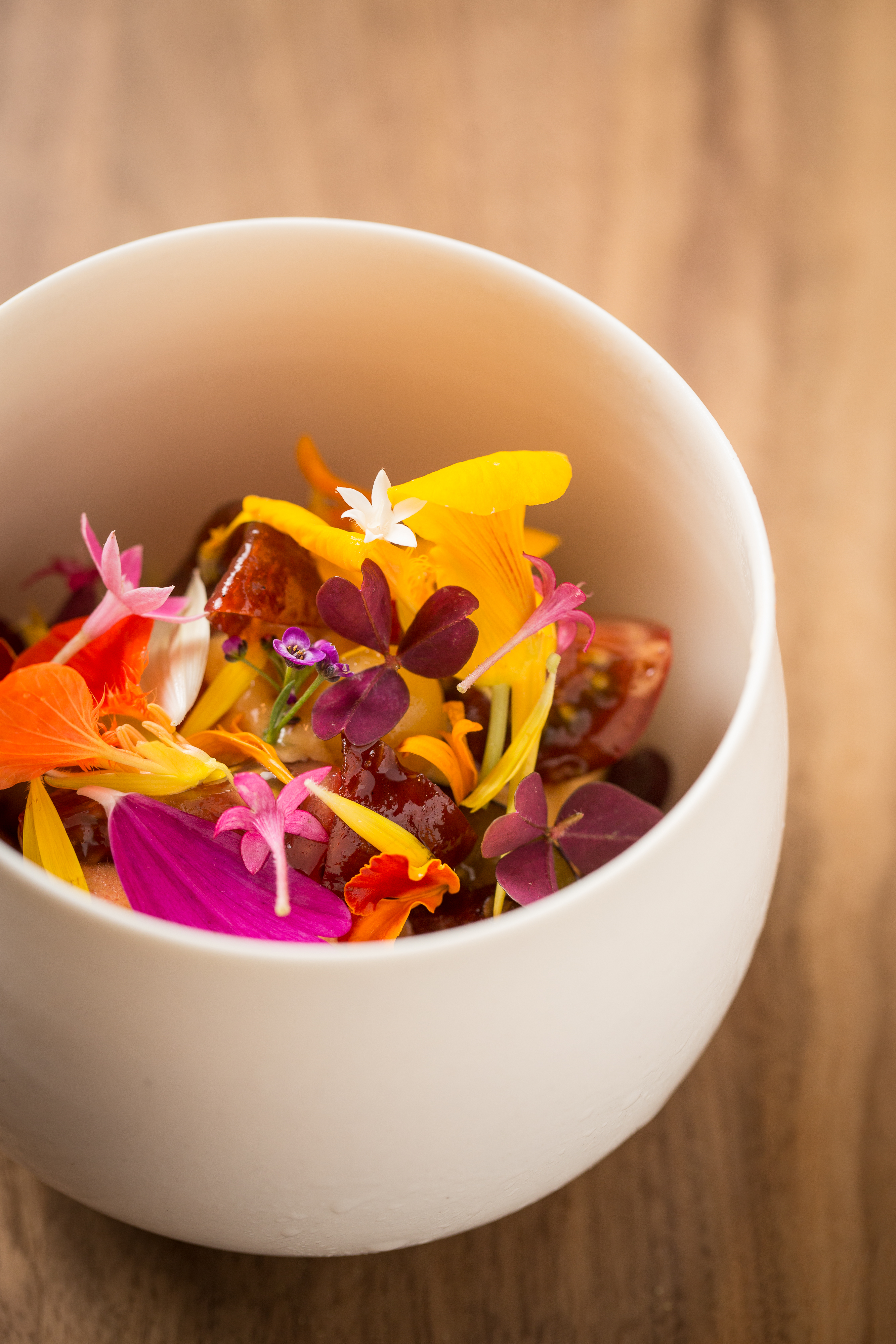 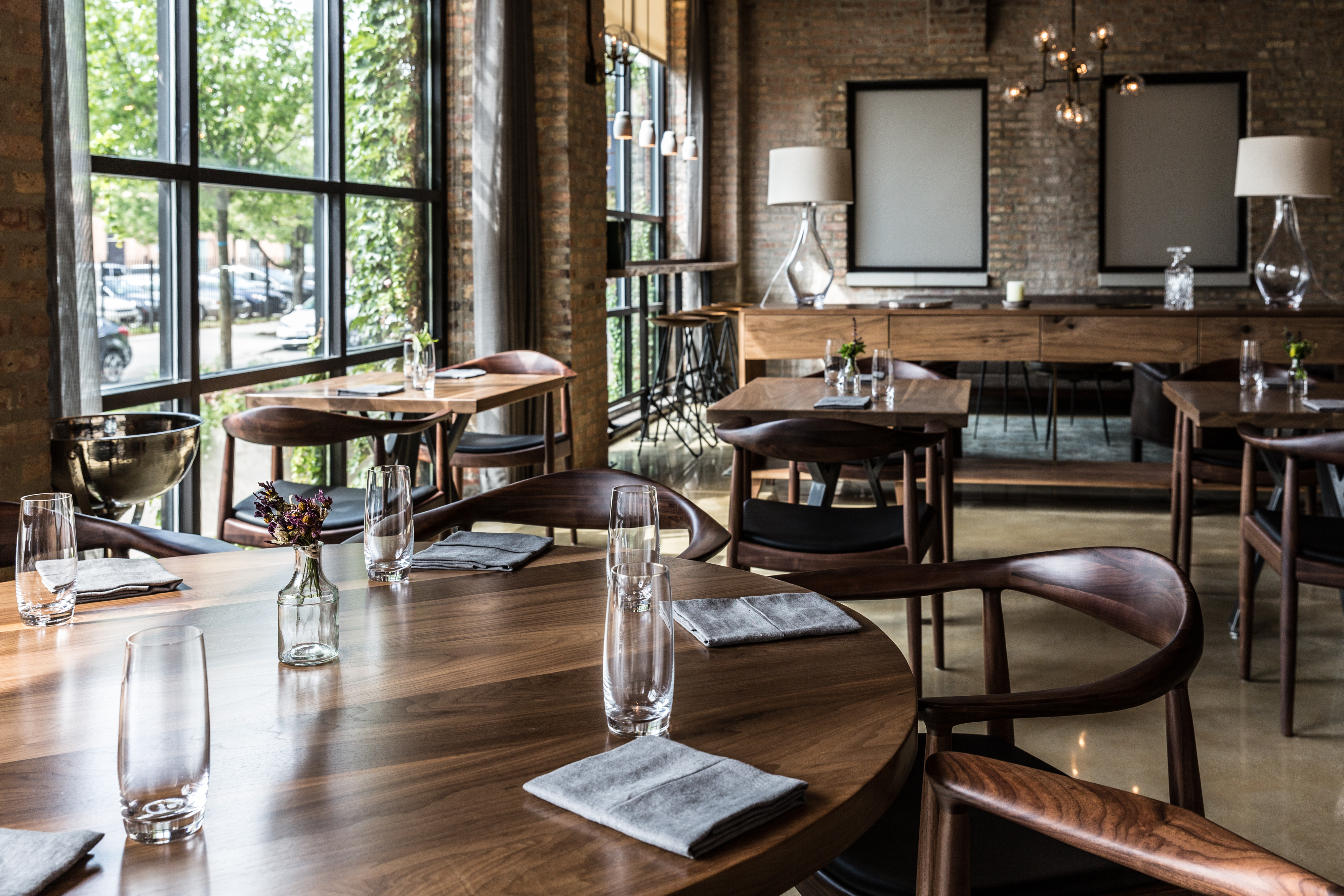 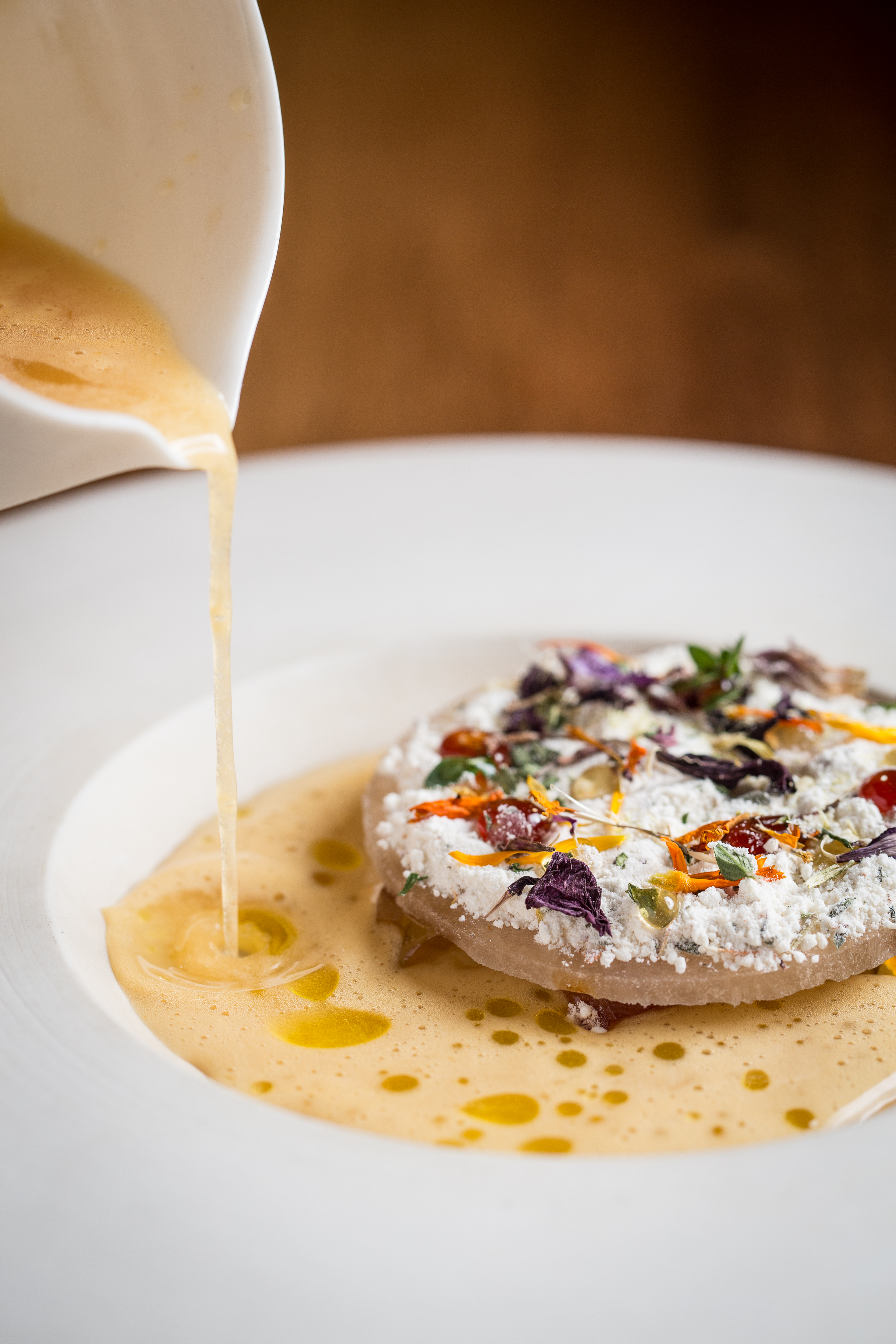 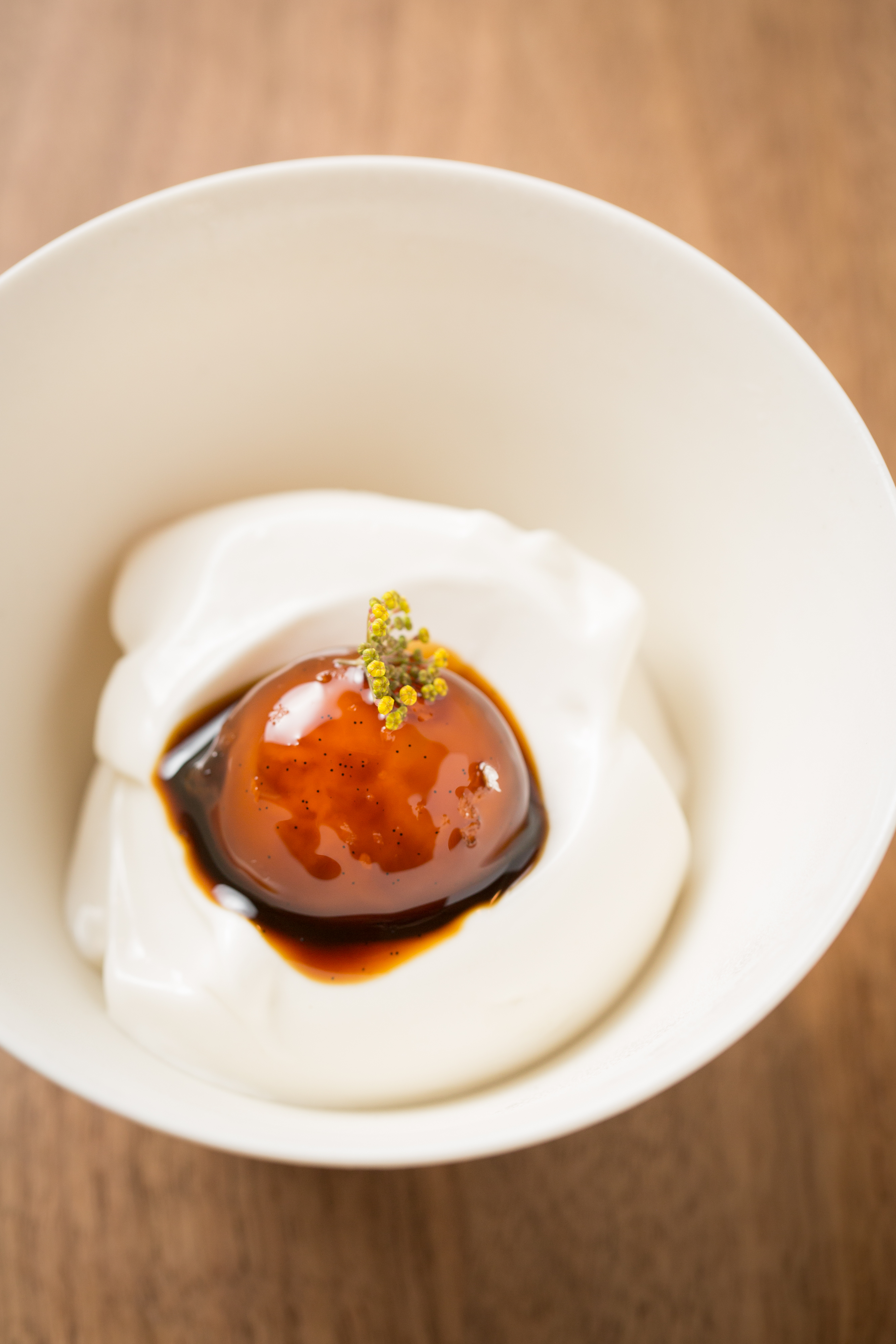 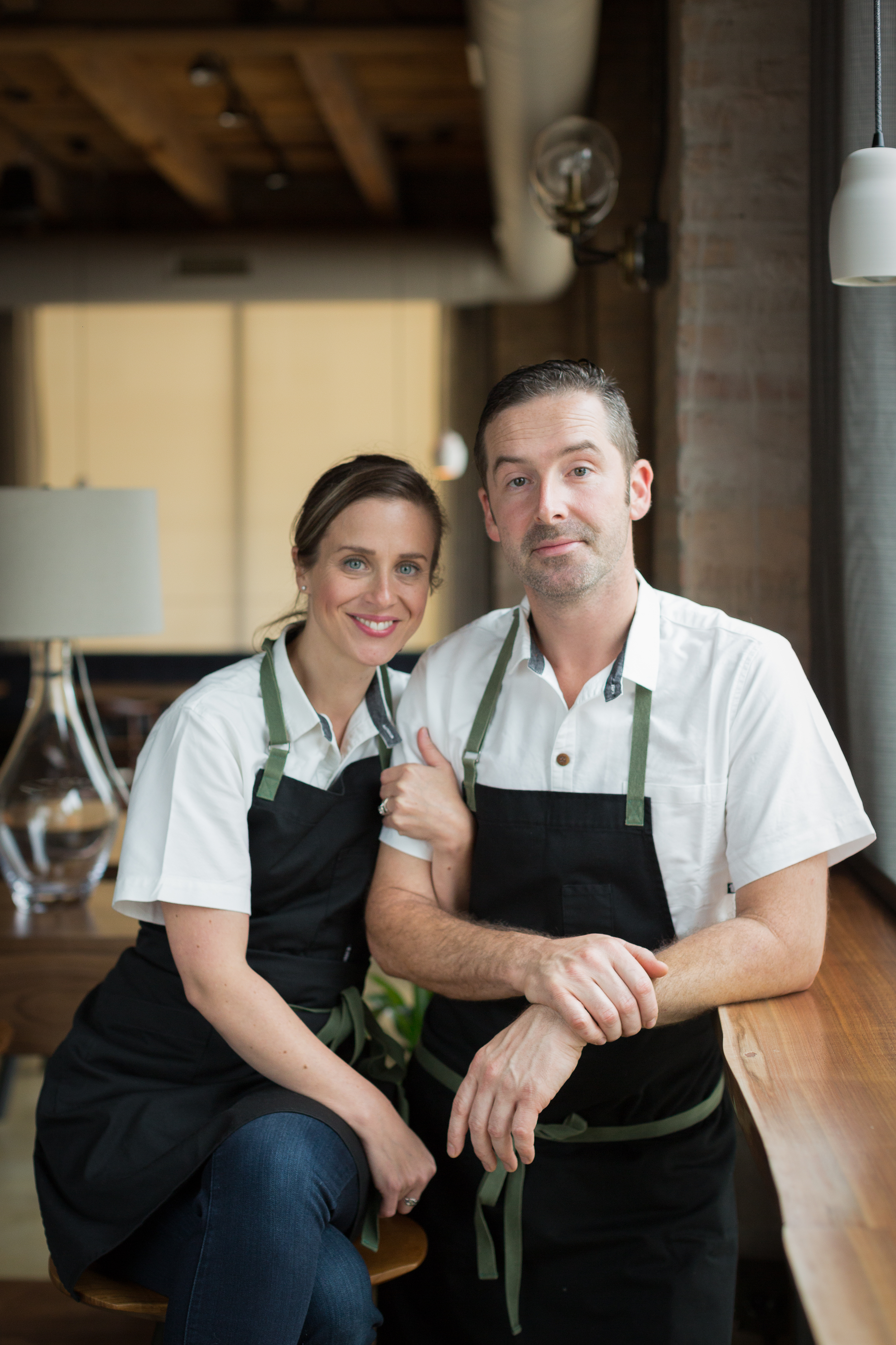 Husband and wife, John and Karen Urie Shields, are the dream team behind Smyth and The Loyalist in Chicago. With John helming the kitchen, and Karen behind desserts, the two have proven that they are a culinary force worth reckoning with,

John’s culinary career began in St Louis, where he attended school and worked in the local restaurants. Soon thereafter, John relocated to Chicago, where he took on the role as sous chef for the famed Charlie Trotter’s Restaurant. After 2 years, John left his position as sous chef to assist in the opening of Alinea in 2005. John worked under Chef Grant Achatz for 2 years, as Alinea’s sous chef, during which time it grew from humble beginnings to one of the best restaurants in the world.

In 2008, John left Alinea, and was offered the position to lead the opening of a Charlie Trotter’s Restaurant in Las Vegas with his soon-to-be wife, Karen. However, the duo turned down the offer, and decided to make the bold move of heading an unknown restaurant, Town House, in Southwestern Virginia’s countryside. Here, they were given carte-blanche in the kitchen, allowing them to freely explore their culinary prowess, and reimagine the Town House.

During their culinary freedom at Town House,  John and Karen rebuilt the restaurant as a modern exploration of imaginative flavor and visual compositions that utilized the wide array of seasonal, locally grown and foraged ingredients. In June of 2009, The New York Times published a glowing article about Town House, and it was this recognition that was instrumental in catapulting the chef couple into the league of top chefs and restaurants in the US. The growing public interest in the food at Town House led to Chef John being named a 2010 “Best New Chef” by Food & Wine magazine as well as a James Beard Award Semi-Finalist in 2011.

After four successful years at Town House and Riverstead Inn, the couple returned to Chicago with their two daughters to open Smyth and The Loyalist, a dual-concept restaurant in West Loop. Smyth features innovative, seasonally driven multi-course menus, while The Loyalist downstairs is a contemporary lounge with one of the city’s best burgers. The joint establishment quickly received widespread acclaim, including 4 stars from the Chicago Tribune and a ‘Best New Restaurant’ nod from Chicago magazine. After only opening for a few months, Smyth received its first Michelin star, and in 2017, Smyth was elevated to two Michelin stars.

Product from our farm (The Farm) at the height of its ‘perfection’.

My family, a knife, a fishing pole, vegetable and wine grape seeds.

After graduating from Johnson & Wales University in Rhode Island, Karen Urie Shields moved to Chicago where she worked as sous pastry chef for two years at TRU under James Beard Award-winning Pastry Chef, Gale Gand. Here, the pastry chef gained invaluable experience, and eventually left the TRU kitchen to work at Charlie Trotter’s. At the renowned Chicago restaurant, Karen rose steadily through the ranks, ultimately becoming head pastry chef. It was at Charlie Trotter’s where Karen met her now husband, John Shields, who was sous chef at the establishment.

Karen’s excellent patisserie skills also garnered much attention during the couple’s stint at Town House, with Karen being presented with Star Chefs’ “DC Area Rising Star Award” in 2010.  When not in the kitchen, Karen and John spend time with their two young daughters and at The Farm, the 20-acre Bourbonnais farm that grows produce exclusively for Smyth and The Loyalist.

Mugaritz, it has been my most memorable and favourite meal – we ate there last on our honeymoon in 2009.