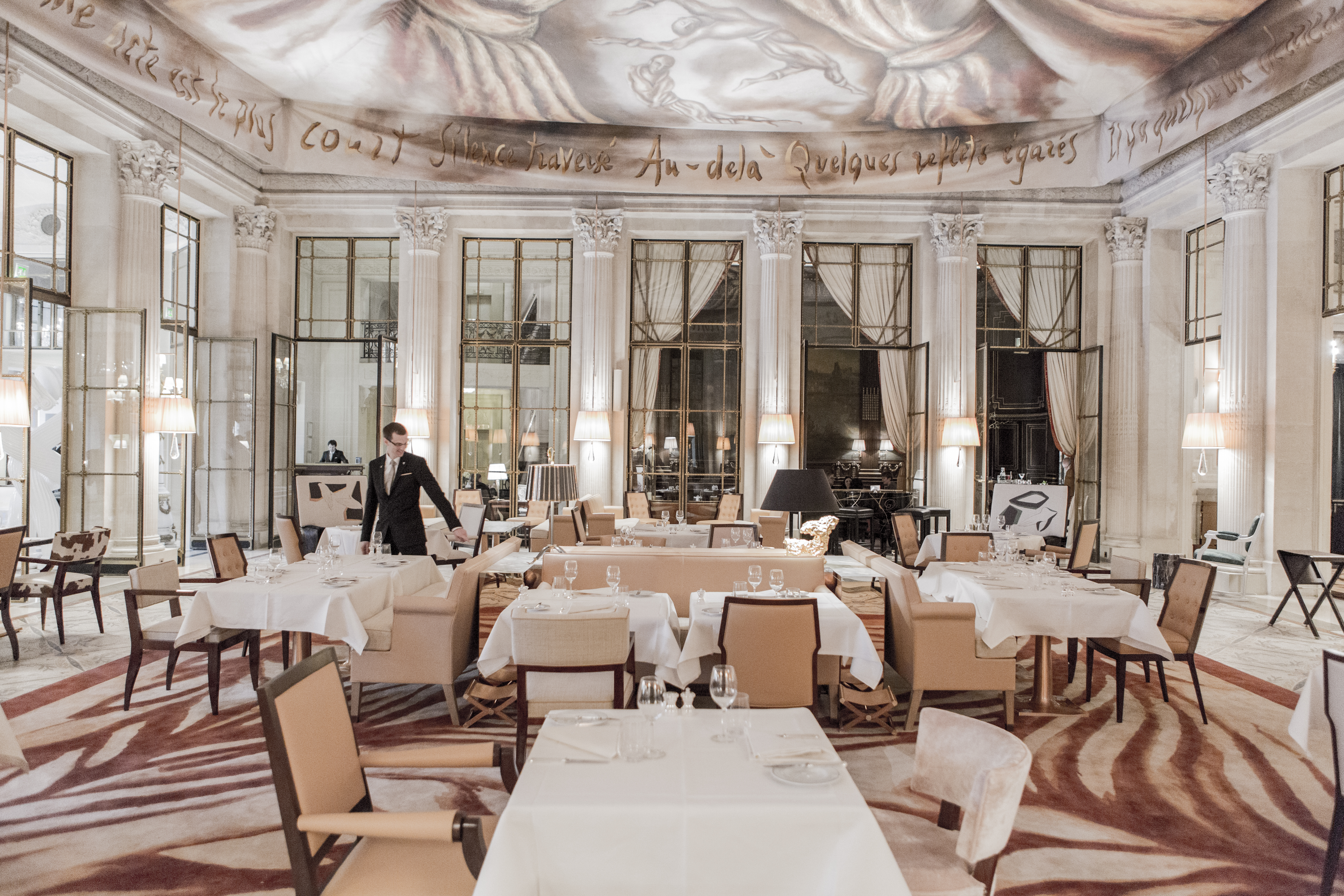 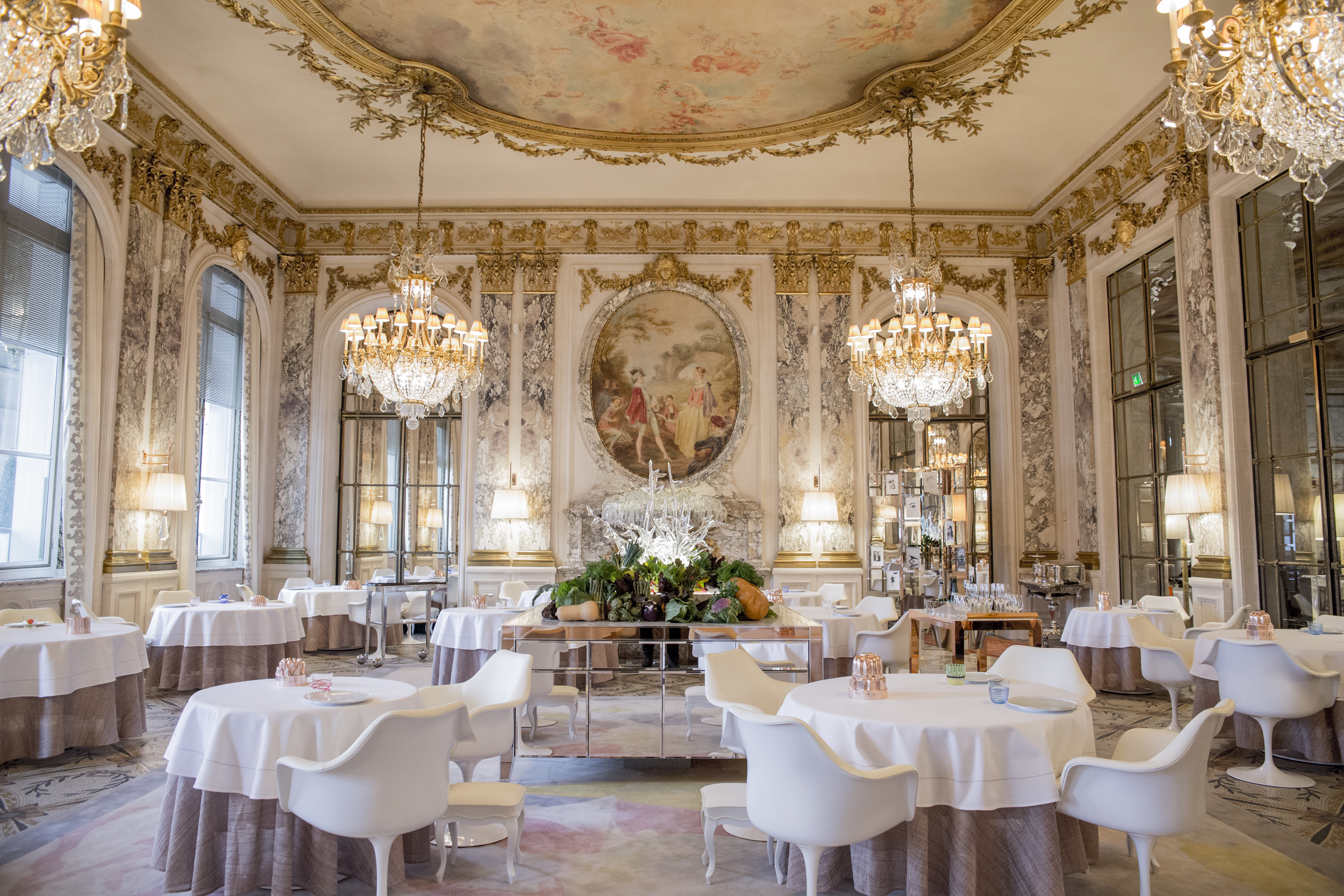 Executive Chef of Le Meurice, Jocelyn Herland is a reserved character whose focus lies in wellbeing of his team and those around him, to which he devotes much of his attention. Constantly in search of delight to disperse, he uses his passion for the craft to spread joy through food.  What he likes best of all: “Surrounding myself with kindness”.

Originally from historical region of Auvergne in central France, Jocelyn’s childhood was spent immersed in music, which came from his grandfather who was an alto solo in the Orchestre de Paris. Food also played a large role in his formative years – his maternal grandparents were both foodies and exposed him to the wonders of good food.

“My grandfather was a true gourmet, he was as talented at making small dishes as my grandmother – she was an excellent cook.”

After finishing high school, Herland devoted his life to the culinary arts. His training was intensive: he gained his CAP qualification in 1990, and then gained a specialist CAP as well as a professional baccalaureate in patisserie after being lured in by the craft of pastry.  He trained at Maison Pradier, where he learned patisserie techniques and, above all, the discipline required for this field, which was to serve him very well in his future career.

He discovered the world of gastronomy at the Clos de Longchamp, first in the dining room with Francis Coulon, then in the kitchen with Jean-Marie Meulien, who taught him how to work with meat, sauces and spices. During his military service, he began working at La Table du Marché with Christophe Leroy, who spoke of his talent to Alain Ducasse. As a result, he started as a commis, moving on to chef de partie at Alain Ducasse’s restaurant on avenue Poincaré (3 Michelin stars) in 1997, working alongside executive chef Jean-François Piège and chef adjoint Christophe Moret.

In 1998, after a stint at Restaurant Opéra at Hotel Intercontinental, he became sous chef at the Royal Monceau. 2003 included an important event in the development of Jocelyn’s career: he joined Christophe Moret at restaurant Alain Ducasse au Plaza Athénée, first as sous-chef, then chef adjoint. It was a significant career move, which lead to Ducasse entrusting him with managing the kitchens of his restaurant Alain Ducasse at The Dorchester when it opened in London in November 2007. This news was given to him by Christophe Moret: “Alain Ducasse is offering you an adventure in London. As executive chef. You have 15 minutes to answer.” His answer was yes.

Jocelyn Herland set about recruiting his team and building a network of suppliers and partners. He took inspiration from elements of French haute gastronomy, revisited sauces and created an ambience for the restaurant. Fourteen months after opening, he received two Michelin stars and an espoir for a third, which was awarded the following year in 2010.

Jocelyn became executive chef of the kitchens at Le Meurice in January 2016, an exciting challenge marking his return to Paris. At gourmet restaurant le Meurice Alain Ducasse, he deftly interprets Alain Ducasse’s signature cuisine. At Le Dalí, he combines the fine tradition of Parisian brasseries and Mediterranean cuisine. He launched the restaurants in May 2016 after renovations directed by Philippe Starck. His close working relationship and collaboration with head pastry chef Cédric Grolet has enabled them to create a unique haute gastronomy experience with the perfect balance between sweet and savoury.

The desire of the product, the desire to create from a product. Also waiting for it, waiting for a season to find a product. That’s just where my inspiration comes from.

I would take a plane with my wife, head to Mauritius, I would go to a small restaurant by the sea, eat lobster cooks barbecue, quite simply!

Ikejime’ line-caught sea bass on the scale, artichokes and a rocket salad