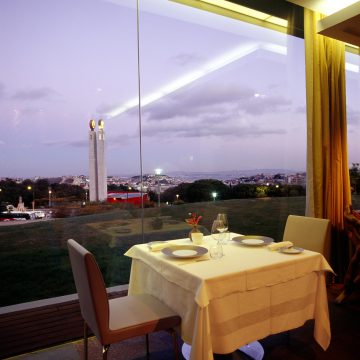 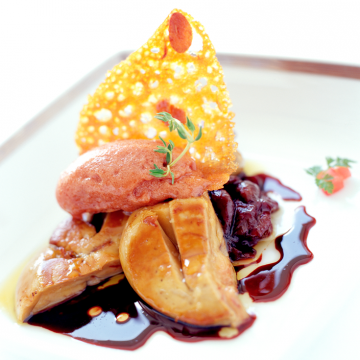 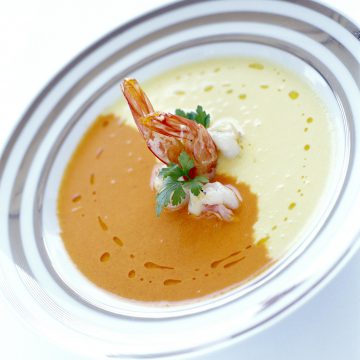 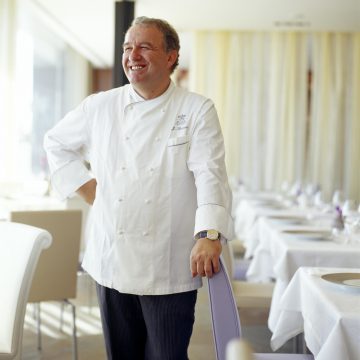 Born in Germany, Joachim Koerper long ago fell in love with the cuisine and ingredients of Southern Europe, and is today widely acclaimed as one of the most important masters of the “Mediterranean Cuisine”. Throughout his career Joachim has worked in such renowned restaurants as: L´Ambroisie in Paris (three Michelin stars); Moulin de Mougins, owned

The teachings of these great Chefs have made Joachim decide to adopt a gastronomic philosophy based in the exclusive use of “natural and fresh ingredients that are local to the area where I work”. That principle is one of the foundations of his culinary virtuosity.

Joachim Koerper affirmed himself as a leading Chef when he opened his own restaurant in a small Spanish seaside village. Nine months later, the Michelin guide awarded the “Girasol” its first star, and three years later its second, which it still holds.

Getting people to know the colors, flavors and perfumes of my kitchen

My wife, champagne and white truffle

Hans Neuner grew up in a gastronomic family in Tyrol, Austria. After his initial training he wanted to see the world and started out with stints in St Moritz, London’s Dorchester Hotel, Spain and the Bermudas. He also worked on board a cruise ship and saw him travel from L.A. via Hawaii to Australia. He

Dip in the sea

Get a taste of the ocean with this divine seafood dish from José Avillez of Belcanto…Enjoy!