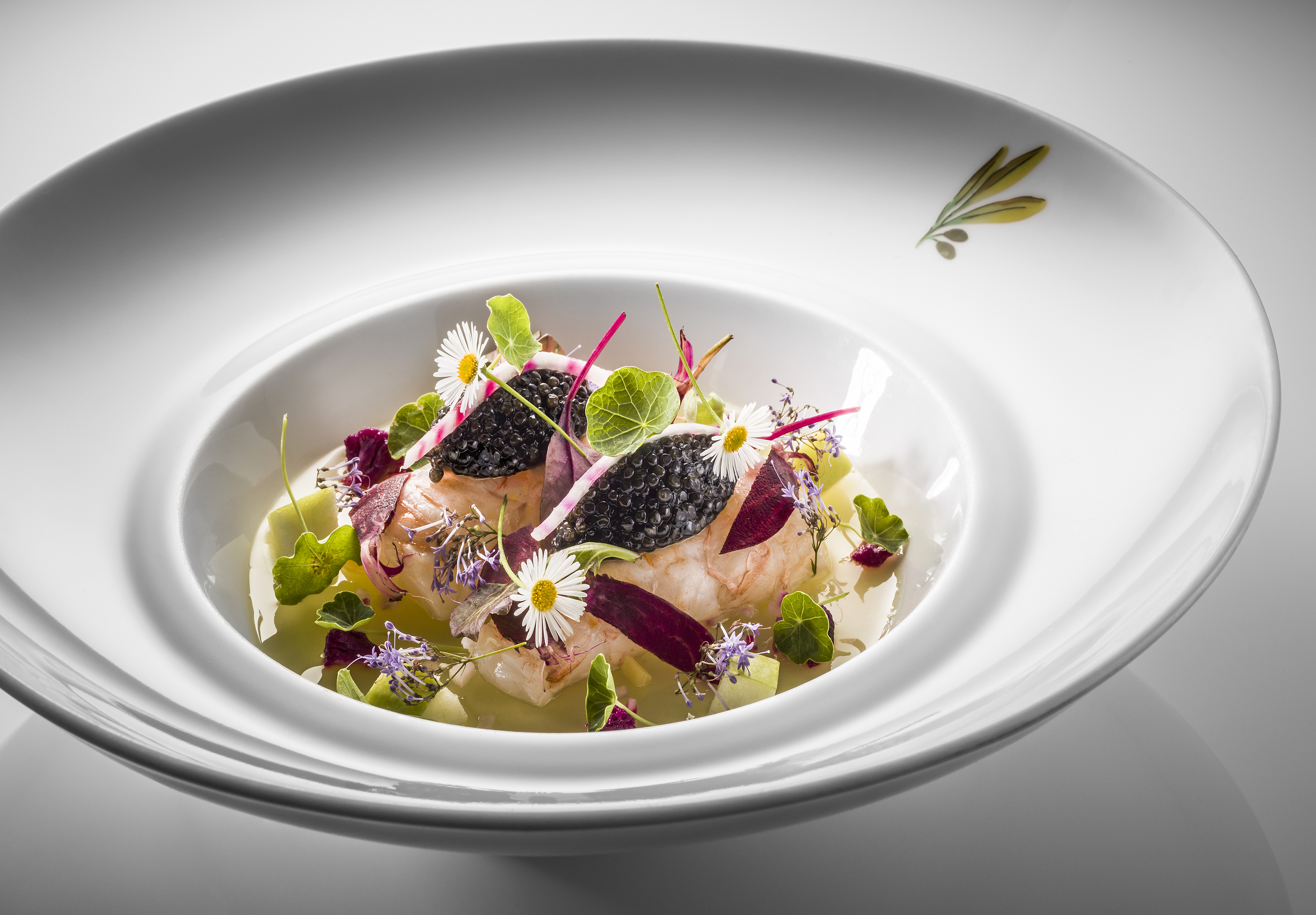 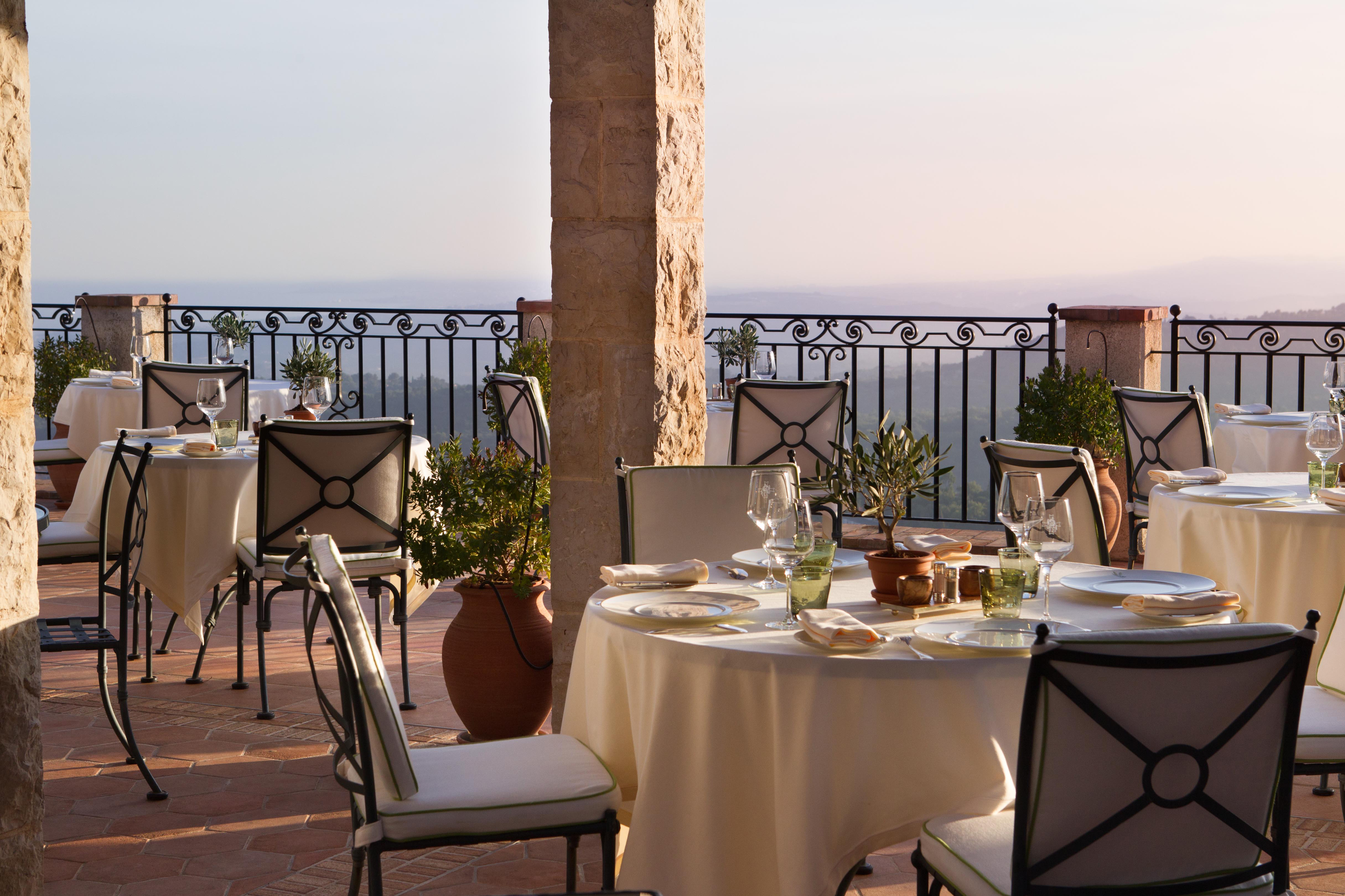 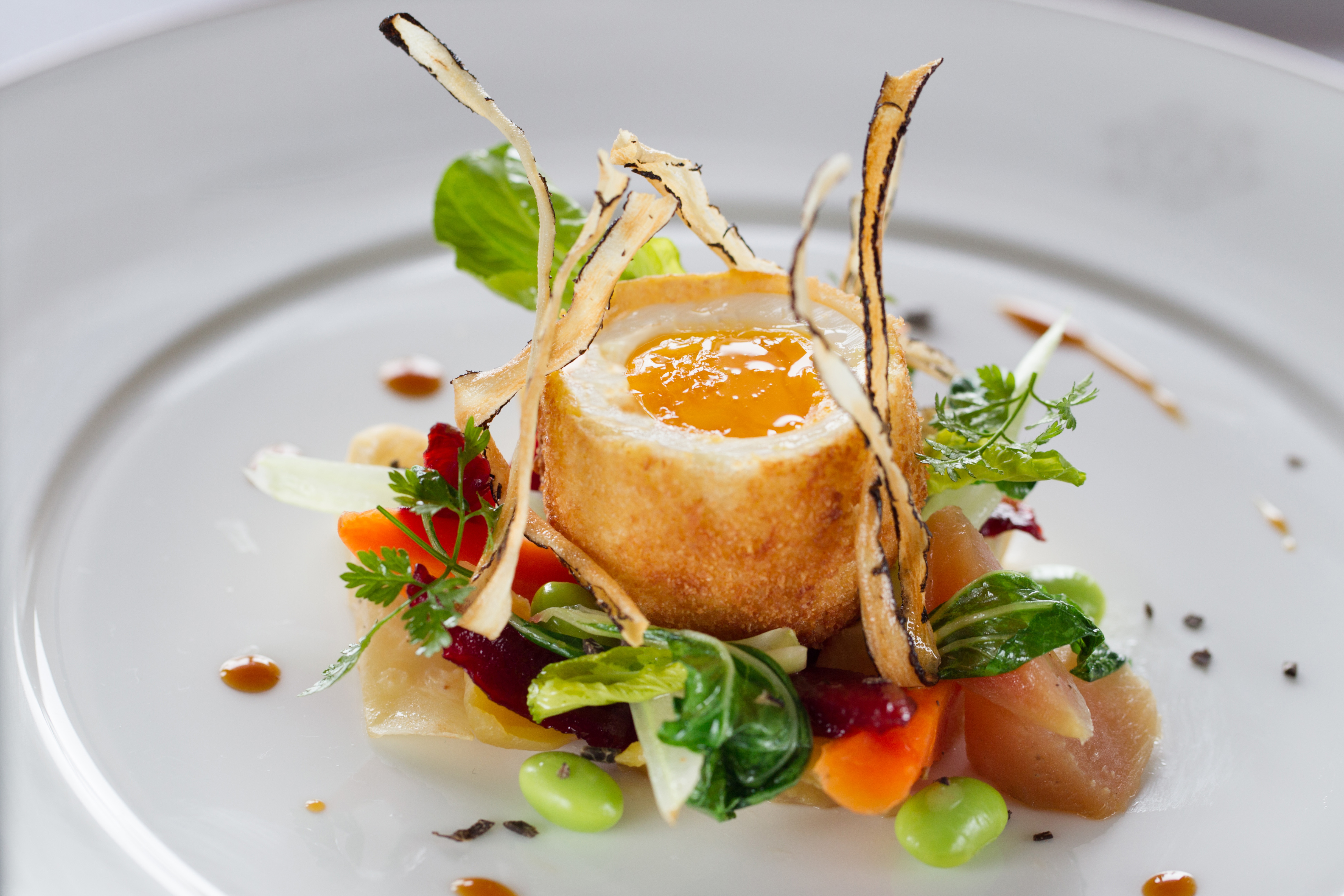 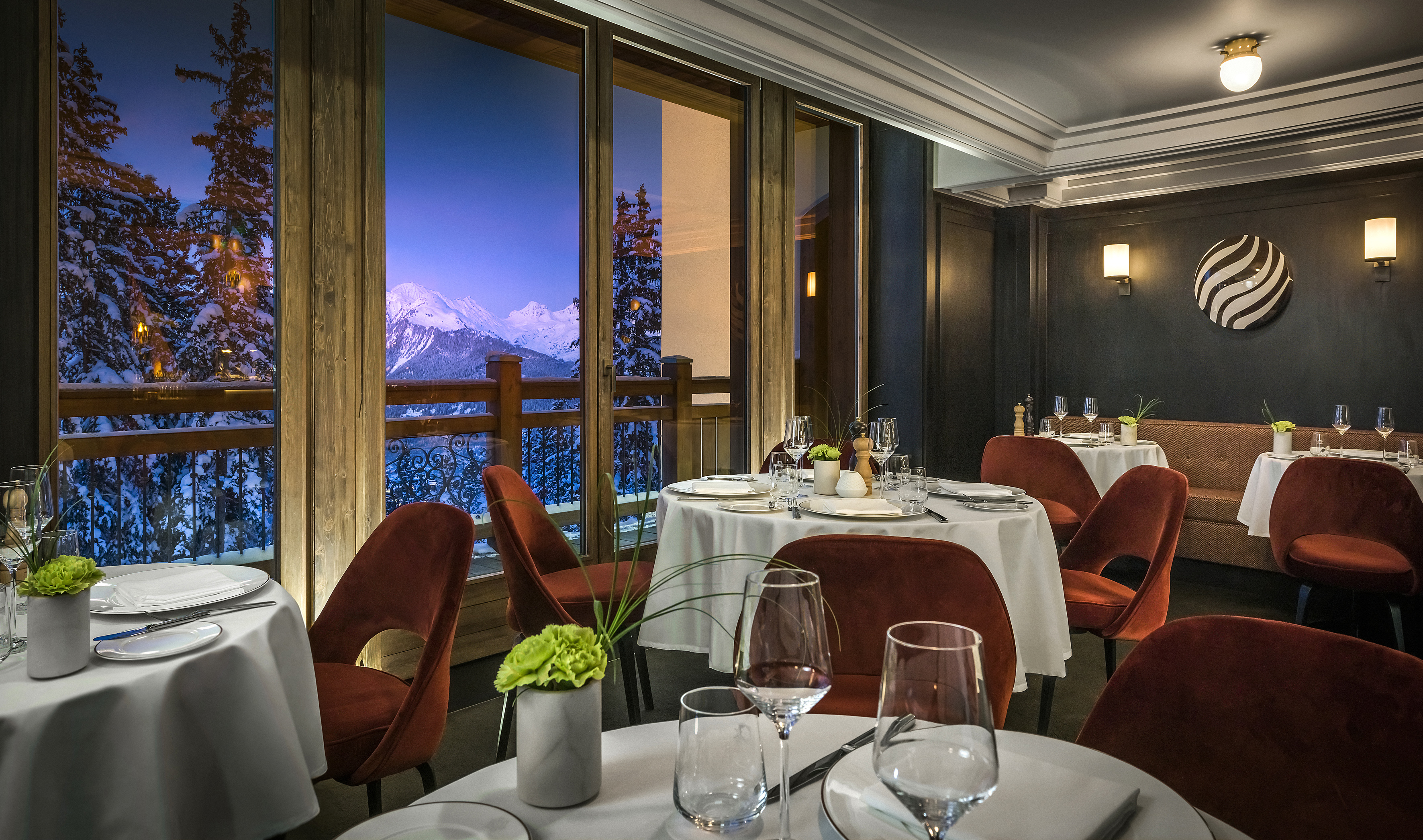 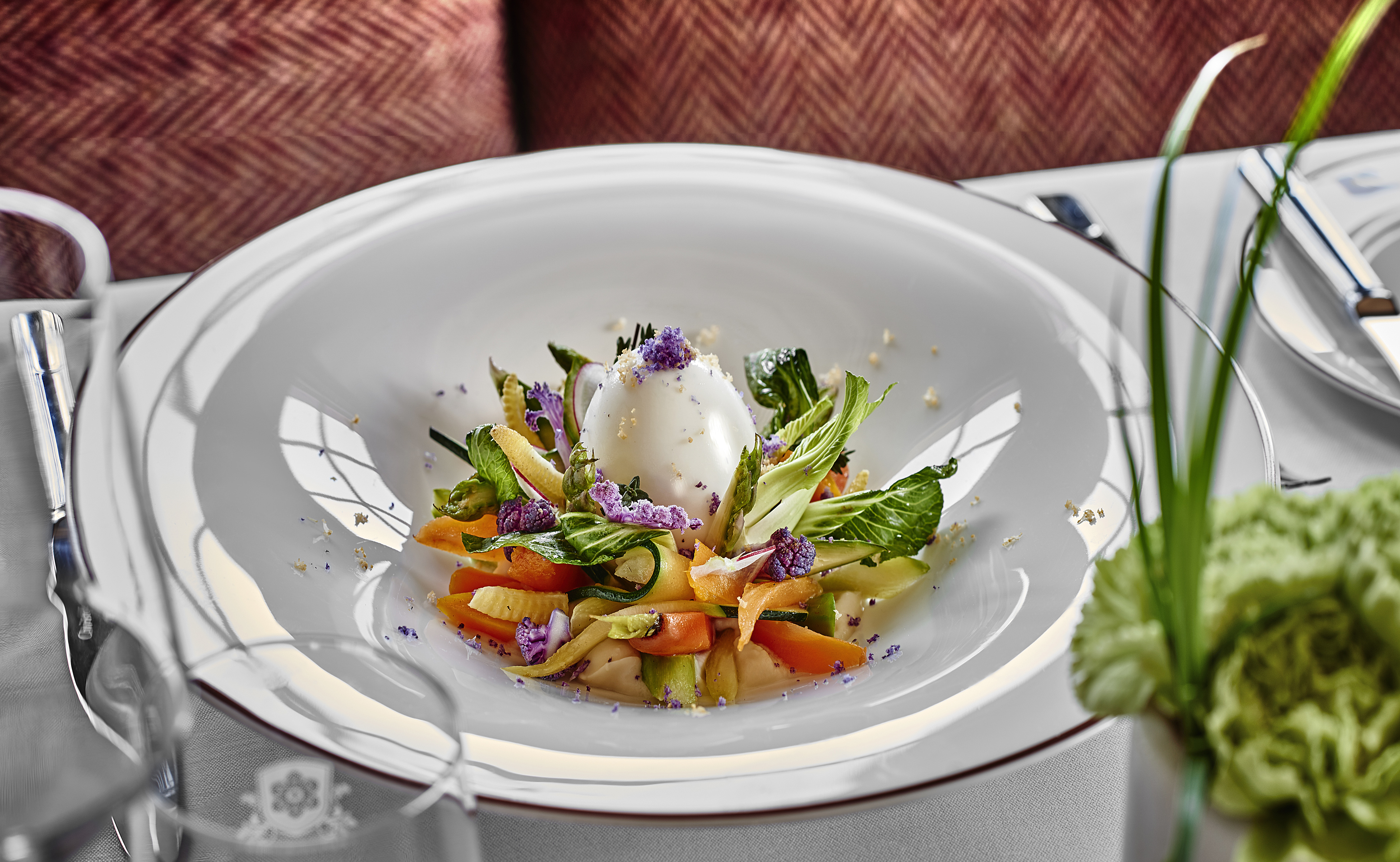 Executive Chef of Château Saint Martin & Spa in Vence during the summer season, and L’Apogée Courchevel in the French Alps in the winter season, Chef Jean-Luc Lefrançois is a multi-talented culinary mind.

Born in Rouen, France, Chef Lefrançois’ initial love for cooking was inspired by his grandfather, who was a professional baker in their home city. Now, with more than 3 decades of experience in top-tier gourmet cooking, the French culinary cognoscente has become renowned in the gastronomy industry as a “true artist and composer of flavour”.

His culinary career began at the renowned at Le Bristol Paris at the age of 18, where he was first employed as a kitchen assistant. Lefrançois then left Le Bristol Paris to join the army, where he became General Moreau’s private chef – a true honor in his early career.

In 2014, Lefrançois re-joined the culinary team at the Oetker Collection, taking the helm of both exclusive French property’s, Château Saint Martin & Spa and L’Apogée Courchevel, kitchens.

Jean-Luc’s style of cooking is light, simple and precise. He is passionate about using local produce in his cuisine, and enjoys enhancing traditional recipes to create dishes rooted in French authenticity. His signature dishes, which include a brioche-encased soft-boiled egg served with spring vegetables and herbs as well as pistachio-crusted sea bass, have made countless diners and food critics weak at the knees.

In the French mountains at L’Apogée Courchevel, where he is based in the winter season from December to April, Chef Lefrançois serves delicious, light Japanese fare at Koori as well as warming traditional French specialties at Le Comptoir L’Apogée.

Koori, which is the Japanese word for “ice” serves dishes as cool as the surroundings that pay homage to Japan. From sensational sushi to delicate dishes inspired by the flavors of Japan, the Chef lets his passion for Japanese cuisine shine through at Koori. Menu highlights include the Dragon Koori Rolls and a remarkable Black Code prepared with oven-baked miso, a satay squash dumpling and butternut squash foam.

Jean-Luc’s love for Japanese flavors stems back to his travels there in 1998, as he tells the Oetker Collection Eden Being Team in an interview: “A trip to Japan in June 1988 was a catalyst for me. I have been back there many times since. I was a young chef assistant at the Royal Monceau Hotel in Paris, and the first assistant wanted to go to Japan for an international competition that was held in Sapporo. He set up a team of three and I was lucky to be part of it. It was then that I discovered Japan, the beauty of the country itself as well as the rigorous, perfectionistic and refined aspects of Japanese cuisine. The flavours are bold and there are many colours involved. I have since put into practice numerous discoveries from this trip, and it has helped me develop my culinary identity.”

Le Comptoir L’Apogée, on the other hand, is a French-influenced, haute-dining affair. The menu here revolves around the world’s best produce, presented in its freshest form using classic French techniques. Ther Local Savoyard specialties are the first inspiration, from autumnal truffles to artisanal charcuterie and fromagerie.

At Château Saint-Martin & Spa in the luxe French Riviera, where Jean-Luc is based in summer from April to November, he serves Michelin-starred cuisine on a panoramic terrace at Le Saint-Martin. Sourcing only the finest produce from local Côte d’Azur producers and his flourishing kitchen gardens on the property, Chef Lefrançois transforms these bountiful and beautiful Riviera harvests into Mediterranean-inspired, Michelin-starred cuisine.

Nature. The smells, colours and sensibility of nature are many elements that inspire me daily. I am incorporating it in my cuisine through the authenticity of the products, herbs and vegetables.

Just for one meal, I would discover “Ultraviolet by Paul Pairet”, in Shangai, the restaurant of the French Chef Paul Pairet.

I would love to discover this restaurant as I am sure to enjoy a unique and exceptional experience with a complete change of scenery. For me, Paul Pairet has an artistic sensibility, an overflowing imagination and an original side. What I like about him is also his personality: he is breaking the classic cuisine codes. For Paul Pairet, everything is possible, he has no limit, and when you have no limit, you can do great things.

He allows himself unusual creations that few chefs allow themselves, especially by combining products and unexpected flavors. As an expert in his field, he works hard with a greater mastery of culinary techniques to reach his goal. He has bright ideas and he makes every effort to transcribe them into his cuisine.

Who is your culinary hero, and why?

Joël Robuchon, for what he brought to French Cuisine, his signature, his perfection. He made French Cuisine shine abroad, all over the world. I also admire his success as a business man.