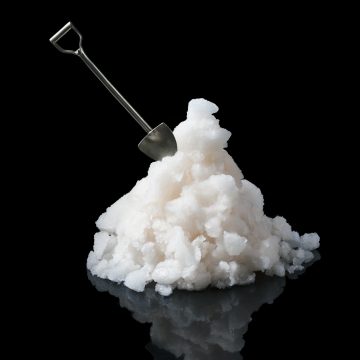 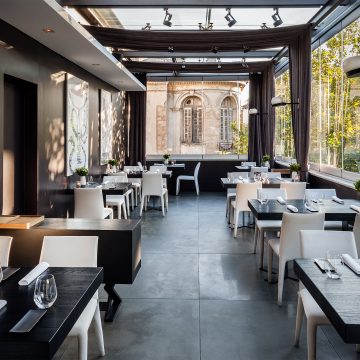 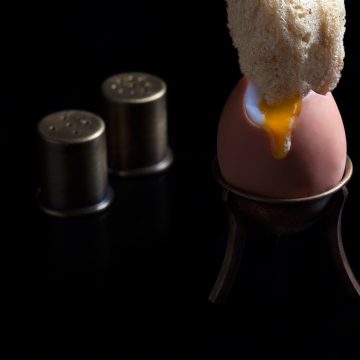 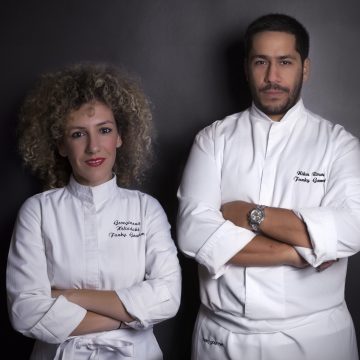 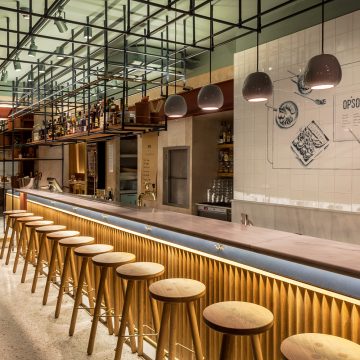 The Greek power duo, Georgianna Hiliadaki and Nikos Roussos, are the Executive Chefs and Co-founders of the Hospitality Group Modern Greek Food Group (MGFG). The flagship of MGFG is the 2 Michelin-starred Funky Gourmet Restaurant in Athens that the duo co-founded in 2009, along with restaurant manager Argyro Chiliadaki.

Georgianna and Nikos have both immersed themselves in gastronomy now, but their backgrounds are very different. Nikos studied Business Administration, and Georgianna European Studies. Their paths only crossed when they attended ICE culinary school in New York, where they graduated together in 2003.

The duo, along with Argyro, conceptualized Funky Gourmet together, from the initial ideas, through to the formulation of the restaurant concept and finally to the establishment and management of the end product. It is this teamwork that has made their group MCFG such a success.

The philosophy behind the cuisine of Funky Gourmet can be described as avant-garde Greek food. The chefs aim to rethink and reinvent their traditional Greek cuisine. They create dishes that are both innovative and playful, that stimulate their guests’ senses whilst immersing them an exciting yet unconventional culinary experience. It is this memorable culinary experience that has repeatedly earned Funky Gourmet the title of Best Restaurant in Greece by the national Xrysoi Skoufoi awards.

After the success of Funky Gourmet, Nikos and Georgianna teamed up with Alex and Andreas Labridis for another culinary venture. In June 2014, the team of 4 opened OPSO restaurant in London. In contrast to Funky Gourmet, OPSO is a laid-back, casual restaurant that focuses on social style dining, serving comfort food on sharing plates. OPSO has also received praise for its delicious food, and has been included in the Michelin Guide as a “good plate” restaurant from 2016 onwards,  as well as being ranked among the 100 best restaurants in the UK by Open Table in 2018.

The duo is constantly at work developing new concepts, with their latest addition being PITTA BUN, a Modern Greek street food project that will be launched in August 2018 in Carnaby, London.

FOUR Questions with Georgianna and Nikos

Inspiration can be found anywhere and everywhere! We love travelling, eating around the world, visiting art galleries, our tradition, childhood memories, seasonality/uniqueness of ingredients!

Food, drinks, a ship and a captain!!

We would choose a travel back in time to visit again the great pioneer Chef Ferran Adrià, in El Bulli.

All photographs by Katerina Avgerinou.