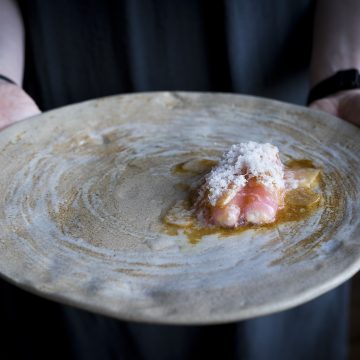 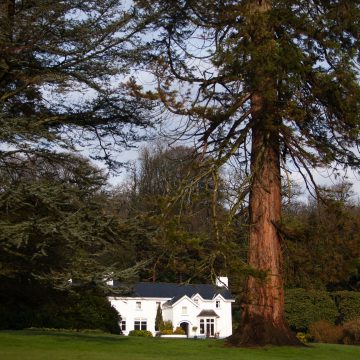 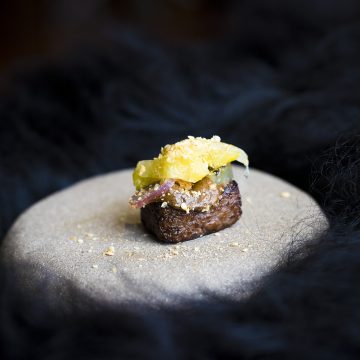 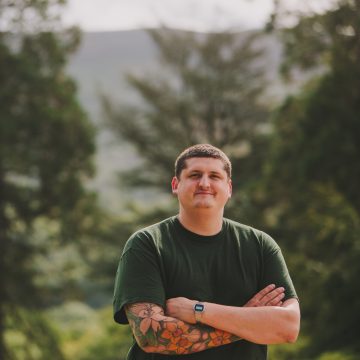 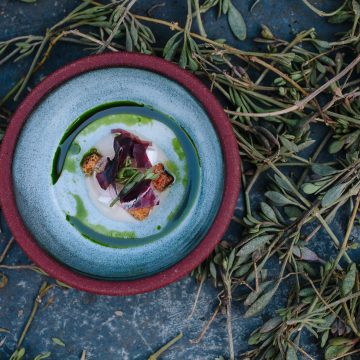 Ward is passionate about using the best ingredients to create dining experiences that surprise guests with flavour on another level. Ynyshir’s location between the Welsh coast and Snowdonia National Park, means he can handpick the best ingredients from Wales, and beyond, seeing the whole British Isles as his larder. Ward is also renowned for his use of Japanese techniques and ingredients like miso, dashi, mirin and soy which enable him to get as much flavour as possible out of the other ingredients and keep the dishes light.

Ward was named as Chef of the Year in the Good Food Guide 2019 (having been 2015 Chef to Watch). Ynyshir climbed seven places in the Good Food Guide 2019 to No. 5 in the Top 50. Guide Editor, Elizabeth Carter says: ‘I was as impressed by the sheer enthusiasm and skill as by the fiercely seasonal Welsh produce which Gareth Ward’s industrious kitchen bakes, pickles, ferments, cures and bottles. He delivers flavour in small punchy bites. Eighteen courses later, I predict you’ll be in complete agreement that this is one of our most brilliant, innovative chefs.

Ynyshir is placed as the top restaurant in Wales in the Good Food Guide 2019, National Restaurant Awards 2018 and Harden’s Guide 2018. In September 2017 Ynyshir was awarded with five AA Rosettes – the first ever restaurant in Wales to achieve that accolade and one of 14 restaurants in the UK to reach that standard.

Gareth arrived at Ynyshir in 2013, then named Ynyshir Hall, as their new head chef earning his first Michelin Star within his first year, swiftly followed by and 4 AA Rosettes – the only place in Wales to hold the accolade at the time. In September 2016, Gareth was made Chef Patron, at which point he and his partner Amelia Eriksson, General Manager, made the decision to convert from a hotel to a Restaurant with Rooms, renaming the business as just ‘Ynyshir’. Since then, extensive refurbishment has seen Ynyshir move further away from a traditional country house hotel, towards an exceptional destination restaurant with rooms. Ward has been cooking since he left school aged 16. His 20 year career includes the kitchens of Hambleton Hall, Seaham Hall, Hart’s Restaurant in Nottingham, and Restaurant Sat Bains.

My Mum because she showed me the way and taught me my work ethic! She taught me that you have tog to get off your arse and graft!