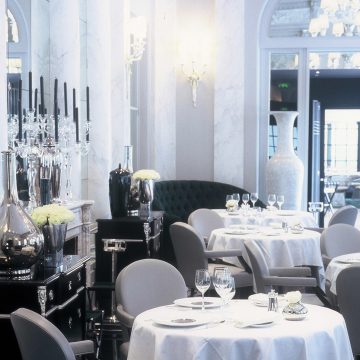 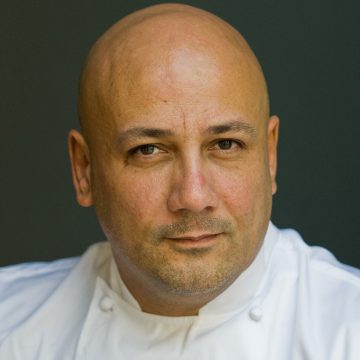 Frédéric Antonis aFrench Relais & Châteaux Grand Chef,Meilleur Ouvrier de France (Best Worker in France), who holds threeMichelin starssince 2007. He is currently the chef of the restaurantLe Pré Catelanin Paris. He started hiscareer in 1986 in Lille at Le Flambard with Robert Bardot, moving on to Les Crayères with Gérard Boyer in Reims, and

He started hiscareer in 1986 in Lille at Le Flambard with Robert Bardot, moving on to Les Crayères with Gérard Boyer in Reims, and then became Chef de Cuisine with Joël Robuchon, where he stayed for seven years, until 1996.
A native ofthe Vosges, a region known for its work ethic, he works withrigour and meticulous precision. His cuisine is simple, flavourful and sophisticated, aiming todiscover harmoniseflavours. His culinary philosophy, Chef says is “even if perfection is not of this world, that’s no excuse not to try to attain it.”

A year ago, in Japan, I went, with a friend, to a sushi restaurant which had been strongly recommended: Sukiyabashi Jiro.To my enormous surprise, the taxi put us down in front of an entrance to the underground. We went down and found a minuscule restaurant, with a bar and ten bar stools. Behind the counter there were six people cutting up the fish, preparing the sushi, and painting them in sauce with a fine brush with precise and delicate gestures in total serenity. When you tasted it, it was glorious: rice at room temperature, raw fish, cooked fish, smoked fish, an explosion of taste which made my eyes water. The telephone rang and it was the Michelin guide telling the Jiro that they had won a third star.

During a summer meal, we were serving as an amuse-bouche, a small cucumber gelée on which we placed a tiny amount of tomato carpaccio. A youing Belgian trainee made a mistake: instead of tomato coulis, he added some raspberry coulis… The guest came over to tell me what a wonderful idea it was!

Go for simplicity: no more than five ingredients. And make sure that you use the best quality produce. Follow the recipe scrupulously.