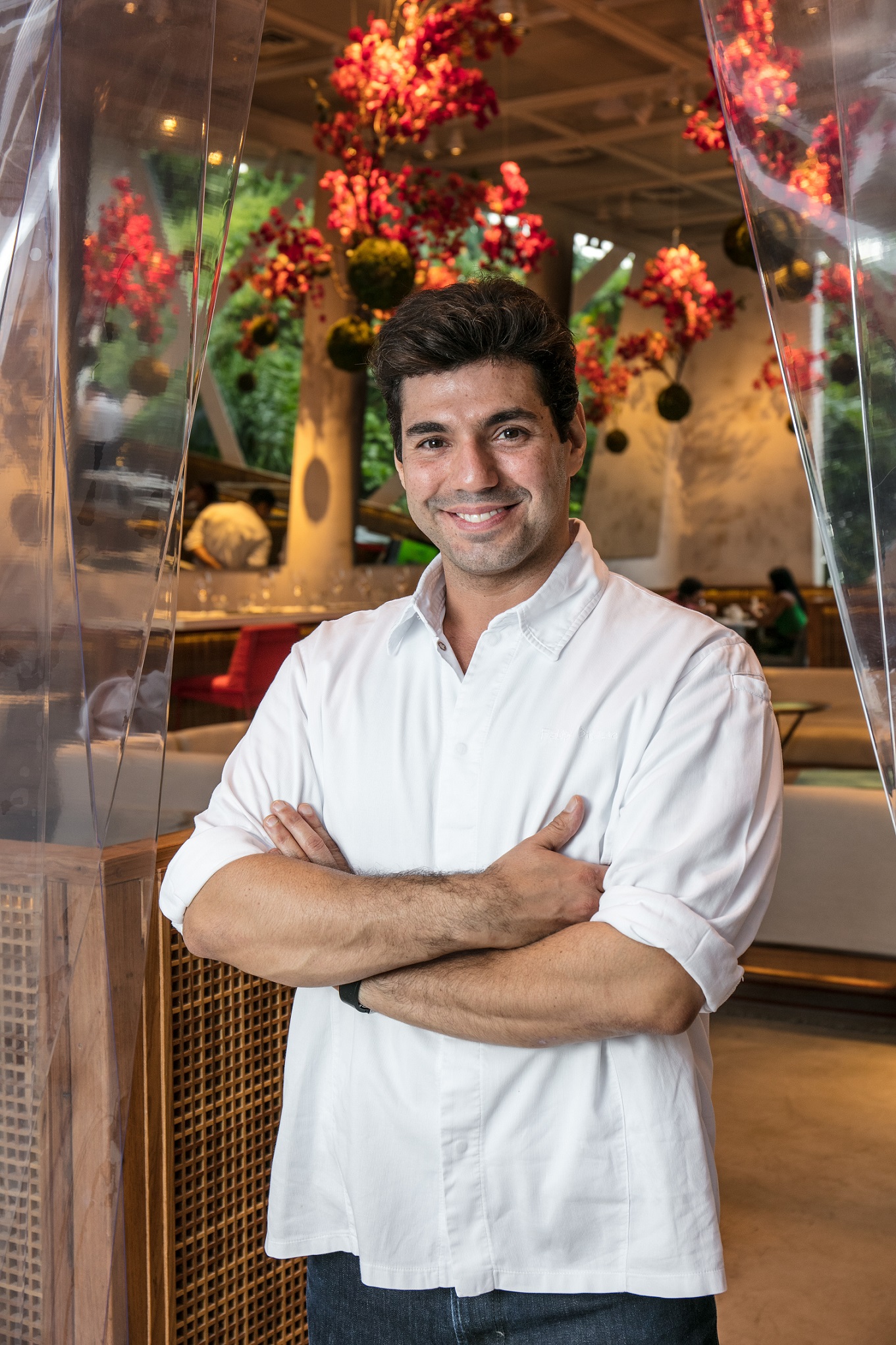 Felipe Bronze was born and raised in Brazil. At the age of 16, Felipe started working in some of Rio de Janeiro’s finest restaurants, and from here onwards, his love for food continued to grow. Felipe even worked in his family business making airplane meals at Santos Dumont airport before attending the Culinary Institute of America in New York when he was 18. After graduation, Felipe went on to refine his culinary skills at some of the Big Apple’s best dining spots.

After training in America, Bronze returned back to Brazil, and worked at Sushi Leblon and Zuka before he opened Z Contemprãneo in 2004, his first sole culinary adventure. In 2010, Bronze then opened Oro in Rio’s culinary hub, Jardim Botânico. Oro was designed to be Bronze’s ideal restaurant, where he was involved in every step during the planning and execution of the establishment.

Felipe runs Oro with his wife, Cecilia Aldaz, who is one of the best sommeliers in Brazil. Together, they have achieved a 2 Michelin-star status for Oro, making it a must-visit restaurant in Rio. In the chef’s eyes, Oro is a carioca restaurant that would give the authentic feeling of being in Rio regardless where in the world it was. Oro was also presented with the “One to Watch” Award by Latin America’s 50 Best Restaurant Awards in 2011.

The Chef has also written his own book, titled “Felipe Bronze – Brazilian Vanguard Cuisini” published by Editora Sexante in 2012 with photography by world renowned photographer Sergio Cimbra. His book was the winner of “Best Book Written by a Latin American Chef” at the 2013 World Gourmand Cookbook Awards. At the same awards, Felipe’s book was also identified as one of the top 5 books that year. Bronze also wrote another book titled “Perto do Fogo” published by Editora Globo in 2017. Additionally, Felipe hosted the television program “O Mago da Cozinha” (TV Globo) and is currently hosting “Que seja Doce”, “The Taste Brasil” and “Perto do Fogo” (GNT channel) on Brazilian TV.