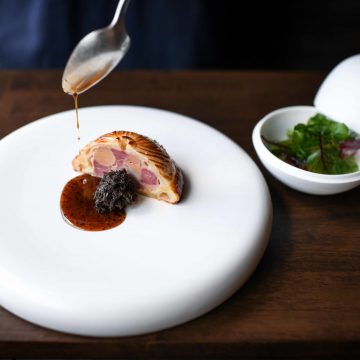 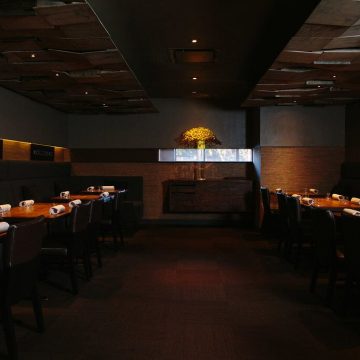 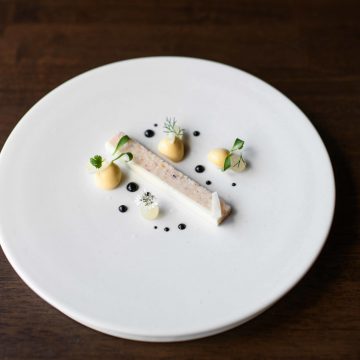 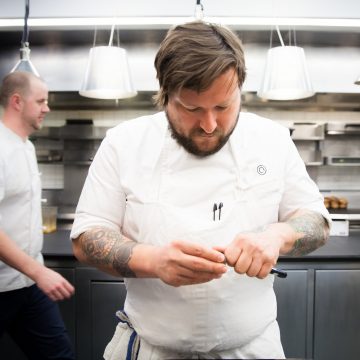 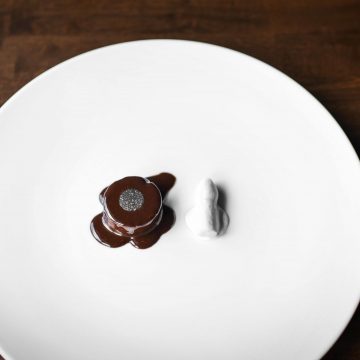 Erik Anderson, the chef who has recently taken the helm of 3 Michelin-starred Coi in San Francisco, grew up exposed to the culinary industry.

Erik Anderson, the chef who has recently taken the helm of 3 Michelin-starred Coi in San Francisco, grew up exposed to the culinary industry. His parents owned a restaurant in Chicago, the city in which he was born and raised, and Erik spent most of his childhood in their restaurant. It was here that he realised he had a passion for experimenting with various ingredients and culinary techniques, and with that, his culinary career was born. From then onwards, Erik’s culinary career has blossomed and he has developed a characteristic cooking style that blends his diverse experience and artistic spirit.

Anderson’s first formal training in the hospitality industry began in 2006, where he joined the kitchen team at Chef Thomas Keller’s 3 Michelin-starred restaurant, The French Laundry, in Yountville, California. Anderson then moved to Minneapolis where he took up a sous chef position at Auriga under Doug Flicker, the chef who he now considers his mentor. After three years of working with Flicker, Anderson left Auriga for a position at Hotel Ivy’s Porter & Frye, where he served as part of the restaurant’s opening team ultimately assuming the role of chef de cuisine.

After staging at the prestigious Noma restaurant in Copenhagen, Anderson relocated to Nashville where he took the lead of the kitchen at The Catbird Seat, which is now considered as one of the United States’ most groundbreaking restaurants.  At the Catbird Seat, Erik presented an ever-changing, fourteen-course tasting menu in an interactive format. This menu once again attracted much attention, leading Anderson to being named one of Food & Wine’s “Best New Chefs” in 2012. The following year, he was honored as Food & Wine’s “Best New Chef All Star”, where a talent from each class of past 25 years was highlighted.  Furthermore, under Erik’s lead, The Catbird Seat also received accolades including Bon Appétit’s “Best New Restaurants in America” and one of GQ Magazine’s “Top Ten Best New Restaurants in America” as well as being featured in the NY Times and Mentions in Time Magazine. Anderson has also appeared on a variety of television shows, inlcuing Bizarre Food with Andrew Zimmern, PBS Series The Mind of a Chef, and Vice’s Munchies.

Erik returned to Minneapolis to revamp the 70-year-old Grand Café that focuses on neighborhood French fare – food that he loved to eat, but was not passionate about cooking. This is why when he was approached in 2017 to take over Matthew Kirkley’s position as executive chef at Daniel Patterson’s Coi in San Francisco’s North Beach neighborhood, Anderson could not pass up the opportunity to cook the fine-dining food he was passionate about. At Coi, Erik now serves a multi-course tasting menu that highlights seasonally changing dishes, such as Dungeness crab terrine, fois gras tart, and pressed pigeon, using his prized 120-year-old duck press.

Usually it’s a person, someone I know or someone I love.

I would love to eat at Le Pyramide when Fernand Point was alive.