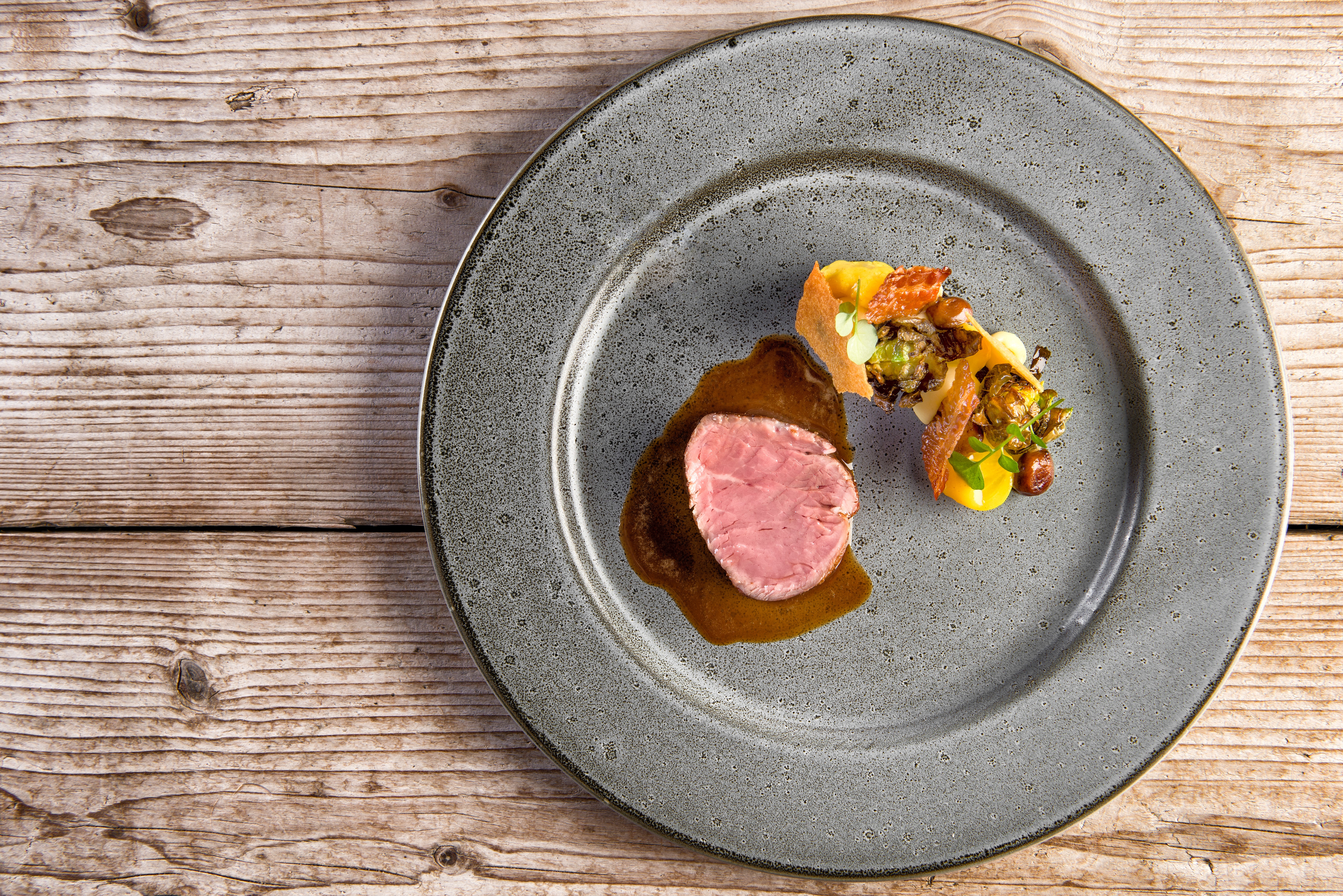 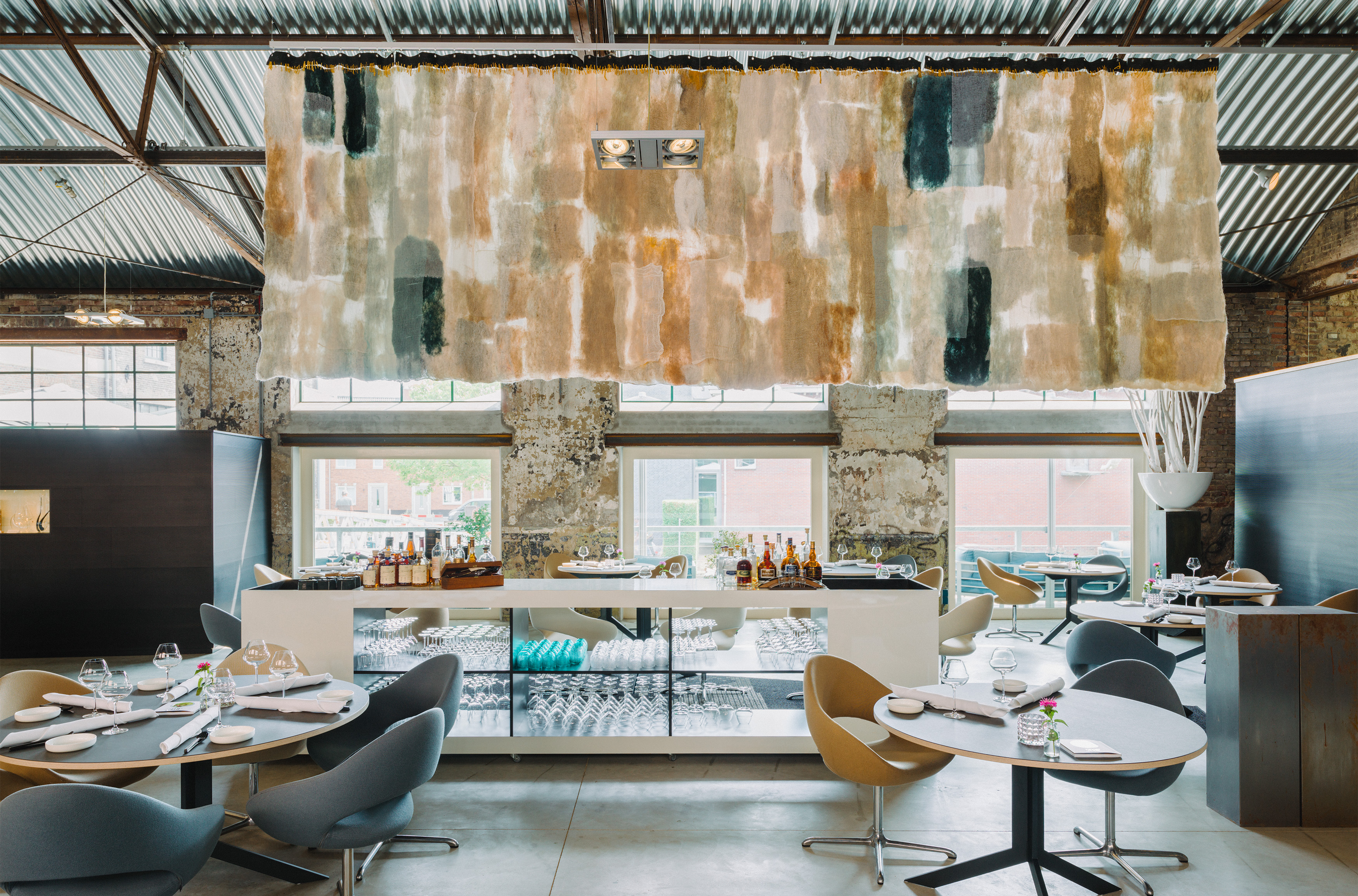 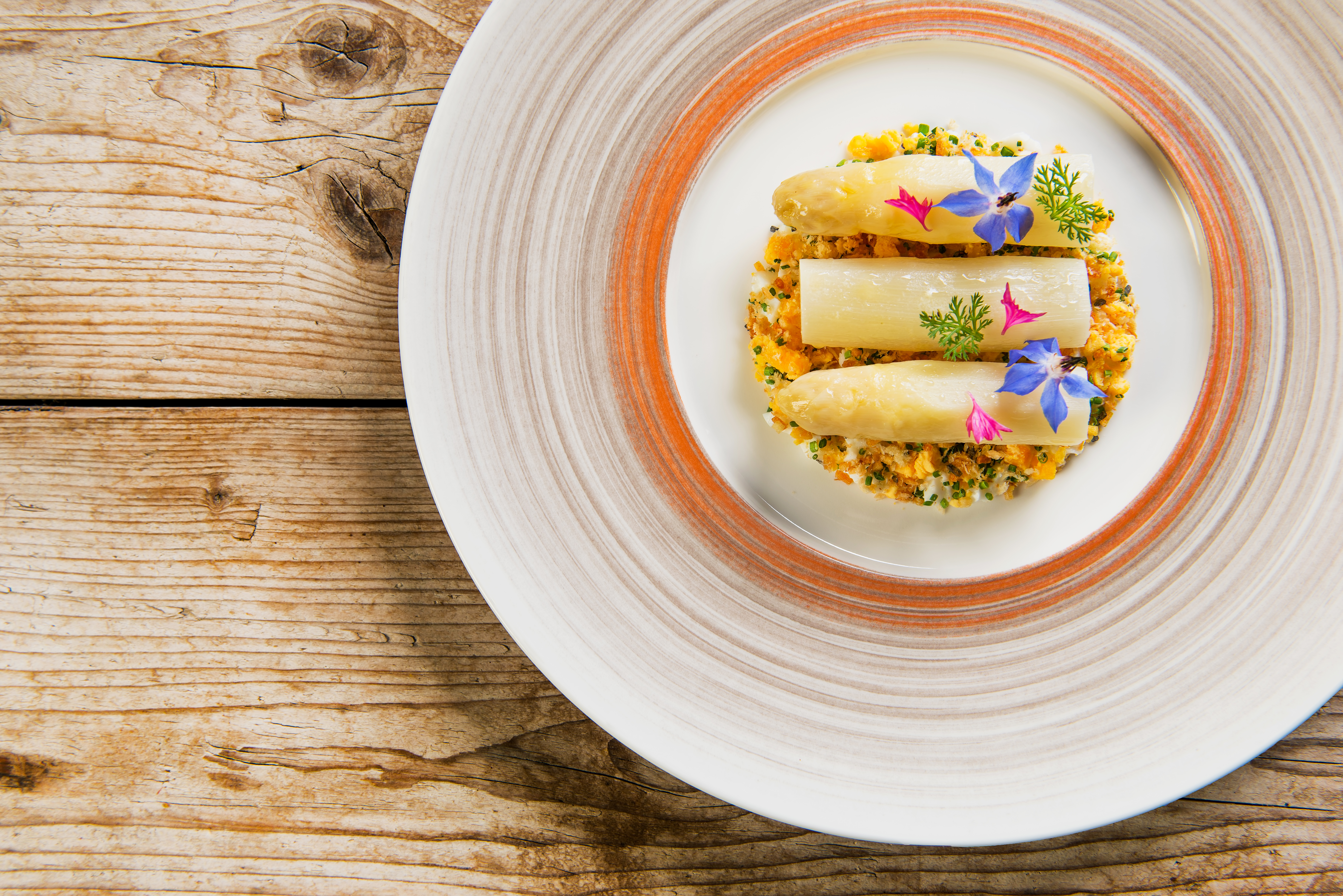 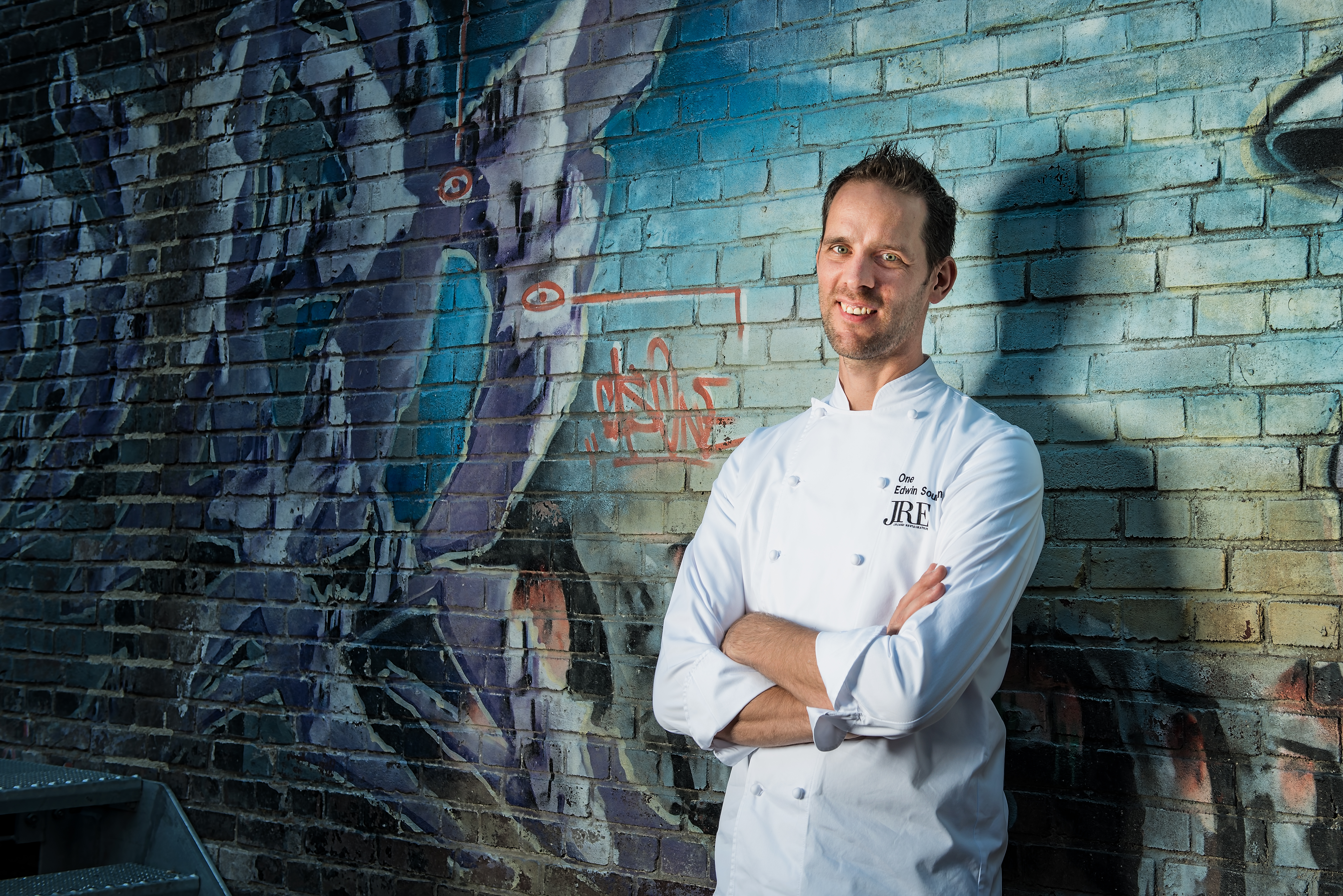 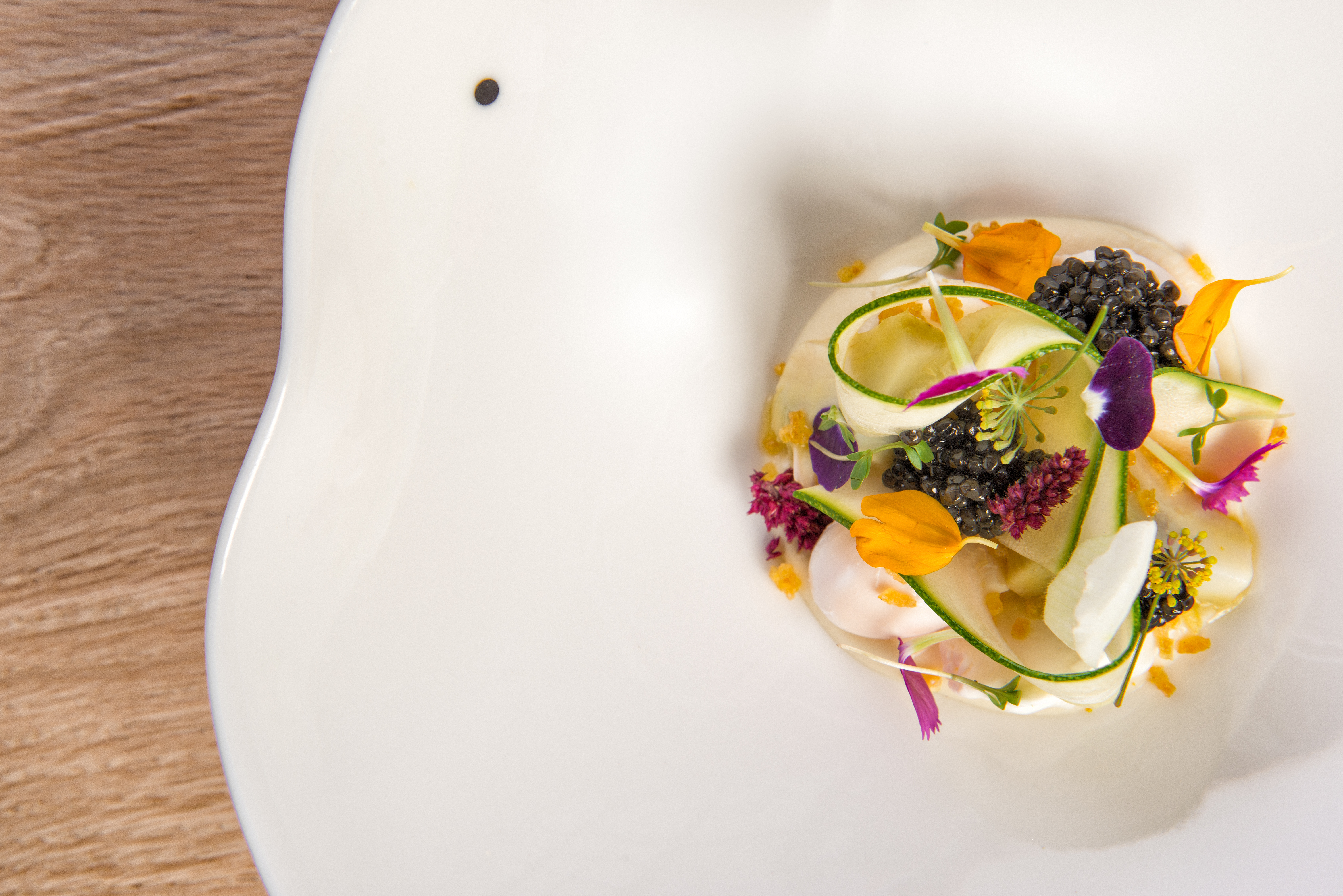 Edwin Soumang is the passionate driving force behind the kitchen of Restaurant One, renowned for serving up light, creative cuisine inspired by the chef’s 1000m2 garden surrounding the restaurant. Awarded a Michelin star three years after opening, the chef-owner of this gorgeous fine-dining space delights diners using New Dutch Cuisine: think local first.

Edwin was born and raised in the small town of Beek just outside Maastricht in the south of the Netherlands. His father was a baker who followed his love for chocolate, becoming a full-time chocolatier and opening up his own shop, which he ran alongside his wife. Growing up around food, it was natural that Edwin would want to continue in the industry, a decision which both his parents fervently supported.

After attending the the Hospitality & Baking School in Wageningen, Edwin interned in Amsterdam at Swarte Schaep and Michelin-starred De Echoput. Edwin then worked at Restaurant Der Bloasbalg, a now closed Michelin-starred restaurant in Limburg. After getting a taste for the Michelin-starred dining world, Edwin wanted more, and so he ventured to France to work at 3 Michelin-starred Georges Blanc. 3 months later, Edwin moved to London and worked under Michel Roux at Le Gavroche, followed by a move back to his homeland to work at De Librije in Zwolle.

Edwin then took time off to backpack around Australia, where he met his wife and current business partner, Bethany, who was a Canadian also traversing through Australia. After working together in Canada and Ibiza, the couple decided it was time they opened their own space, and so, Restaurant One was born in 2007.

From its relocation in 2012 to the recent restyling of the sophisticated space in May of 2018, the couple have incorporated the restaurant’s fundamentals of sustainability and natural ingredients into not only the dishes they serve, but also into the aesthetics of the space. Using all-natural materials installed by local artisans, Restaurant ONE’s chic interior is both beautiful and responsible.  Edwin and Bethany’s dedication to the environment is unparalleled with their focus on reducing waste, using local suppliers first and working organically in the kitchen’s own garden.

Intent on maintaining balance in all avenues of his life, Soumang knows just when to turn up the heat and when it’s time to let things simmer. The lifestyle at restaurant ONE is without surprise steeped in balance, favoring her employees a four-day work week leaving lots of time for play. Soumang boasts a subtle yet profound mindfulness which is apparent in his unique cuisine.

ONE’s garden and my travels

Bethany, my daughter Lilly, a chef’s knife, a freight container of chocolate.