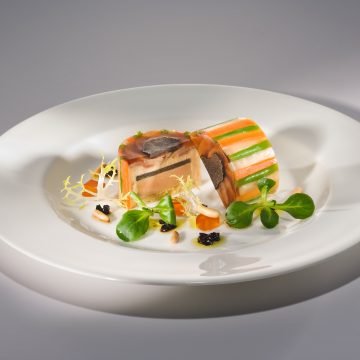 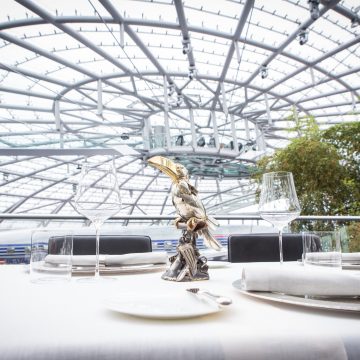 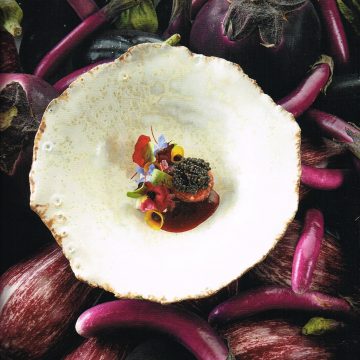 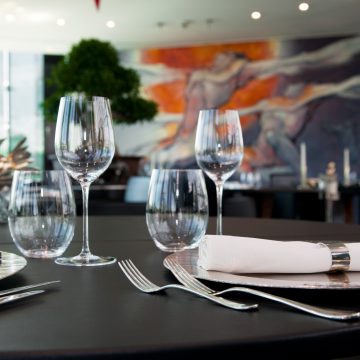 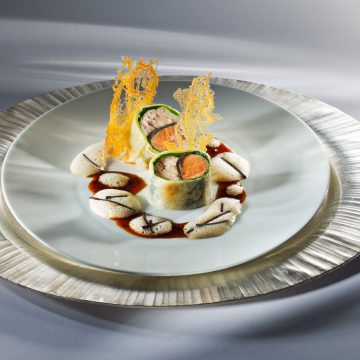 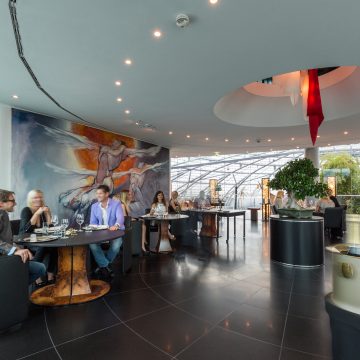 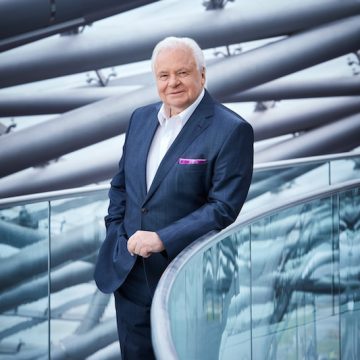 When Eckart was awarded “Cook of the Century” in 1994 by acclaimed French restaurant guide “Gault & Millau”, the talented culinary artist joined the rarefied ranks of the world’s greatest living chefs. Although previously bestowed on three other culinary greats: Paul Bocuse, Joël Robuchon and Frédy Girardet, Eckart remains the only non-French chef to achieve the grandest acknowledgment in gastronomy, which is a testament to his unparalleled culinary prowess.

Born in Austria in 1941, Eckart was raised in Bad Gastein. After deciding to enter the culinary industry, the chef trained in some of the world’s best kitchens. His talents were quickly noticed, and the gastronomic greats began to promote him and his prowess.  From Paul Bocuse to Paul Simon, Roger Vergé, the Troisgros brothers and particularly Paul Haeberlin, each of these culinary masterminds acknowledged Witzigmann’s exceptional talent and supported him in his unique career.

Witzigmann spent most of his career in France, but also gained considerable international experience working in the world’s most prestigious restaurants.  Included in these are “Operakällaren” in Stockholm, the “Cafe Royal” in London, the “Villa Lorraine” in Brussels and the “Jockey Club” in Washington D.C. After training for 13 years abroad, Eckart ventured to Germany in 1971, where he sparked a culinary revolution at the “Tantris” restaurant in Munich. To this day, the public distinguishes between two periods: before Witzigmann and after Witzigmann.

Seven years after Tantris,  Eckart began a new project of his own, and the legendary “Aubergine” in Munich was born. This restaurant catapulted Germany’s culinary industry into a new gastronomic era, inspiring innovation and creativity. Affluents from around the globe were drawn to Aubergine en masse, desperate to experience – and savor – his exquisite cuisine. Artists, royalty and connoisseurs from all walks of life looked at Eckart as a role model, and were in awe of the talented creative and his unmatched culinary skills.

A year after its opening, Aubergine became the first restaurant in Germany – and Witzigmann one of only three chefs worldwide – to be awarded the much-coveted three Michelin stars by the epochal restaurant guide. Every year thereafter, Aubergine was re-awarded with three stars, until 1993, when Eckart made the decision to leave the limelight. Albeit at the pinnacle of his career, Eckart felt that this was the best he could ever be in this industry, and went in search of something new.

Referred to as “The mother of all chefs” by his pupils, Eckart was not only well-respected for his craft, but also for his character as he passionately and consistently passed on his culinary knowledge to his numerous employees. Inspiring those around him to learn, and giving them the tools to do so, it is no wonder that the term ‘Witzigmann pupil’ has become a term of endearment, even beyond the borders of the culinary world.

Always looking for new ways to develop skills and to share his knowledge, Witzigmann embarked on a new journey: writing cookbooks. Now one of the most successful cookbook authors of the last 3 decades, there is no doubt that Eckart is one talented man.

At the same time as being an author, Eckart began an unprecedented career as a culinary consultant. One of the most respected consultants in world at present, Eckart’s consulting sends him traversing the globe. From conceiving and conceptualizing a unique concept for a restaurant and cookery school in Majorca – which in two years after its opening became one of the top establishments on the island –  he also developed a restaurant in Tokyo for the Japanese Juchheim group. Inspired by an idea from Dietrich Mateschitz, head of the Austrian beverage producer ‘Red Bull’, Eckart was the brain behind the one-of-a-kind dining concept, restaurant IKARUS at Hangar-7 , Salzburg airport. Still one of the most sought after establishments worldwide, restaurant IKARUS will go down in culinary history as another gastronomic legend.

In 2002, Witzigmann initiated another innovative dining concept, which delights 150 000 visitors annually. Seating 450 at a time, and set in old ‘mirror tents’ from the turn of the century, guests are treated to a thrilling 4-hour show featuring the best artists in the world, while enjoying a delectable 4-course dinner. The ‘Eckart Witzigmann Palazzo’ and the subsequent project, the ‘Witzigmann-Roncalli-Bajazzo’, have already visited Munich, Hamburg, Cologne, Frankfurt and Düsseldorf.

Eckart’s extraordinary success can be, in some part, attributed to his incredible duality. The thousands of Eckart Witzigmann Palazzo guests feel equally at home with him as the royalty and heads of state for whom he has cooked. It is thus no surprise that the New York Times referred to him as the ‘chef of kings and gods’. The list of dignitaries and celebrities who have had the privilege of tasting his cuisine is endless, and includes diners such as Queen Elizabeth II and Prince Philip, King Hassan of Morocco, King Harald of Norway, the Belgian royal family, the Maharaja of Jaipur and King Carl-Gustaf and Queen Sylvia of Sweden. Witzigmann’s cuisine was so impressive, that The Swedish king took it upon himself to enter the kitchen to personally thank the ‘chef of kings’ himself.

President Gorbachev of Russia and US President George W. Bush, former French head of state Valerie Giscard d’Estaing as well as German chancellors and presidents have all trusted in the expertise and assuredness of Witzigmann for state visits, as has football emperor Franz Beckenbauer and Formula 1 legend Nicki Lauda. The bonding factor is the realization that there is nowhere else on the globe that one can dine better, than in Witzigmann’s kitchen.  As for Eckart himself, he makes no distinctions between his guests; “for me, every guest is equally important and I always make an effort to treat every one of them the same.”

Eckart has become a quality parameter even for those outside the world gastronomy, for example, ‘The International Eckart Witzigmann Award’ (est. 20014), known as the ‘ECKART’, is presented by the ‘Witzigmann Academy’ and honours outstanding individuals in the fields of ‘Art of Cookery’, ‘Innovation’, ‘Creative Responsibility ‘ and ‘Art of Living’. For the first time in 2017, the ECKART was endowed with €50,000 of prize money for each category, to reflect the prestige and importance of the award among top international culinary prizes. Since 2012, the BMW Group has also been a partner of the ‘ECKART’. The coveted prize has previously been awarded to HRH Prince Charles of Wales, Güntherbeen Grass, Tommy Ungerer, Ferran Adrià, Alain Ducasse, Joël Robuchon, Marc Haeberlin and Dieter Kosslick, among others.

One of Eckart’s most dear awards, that he is, in particular, proud of, is the bestowment of the title of Professor and Honorary Doctor by the University of Örebro in Sweden in 2007. Not only was he awarded this great honor as an appreciation of his past services, but also as a preservation tool for his knowledge, so that he is able to pass it on to future generations.

My personal goals are always for me ” the quality of food is the real star”.

Hangar-7, Restaurant Ikarus , Salzburg, this concept is a journey around the world in twelve sequences, without leaving the home country.