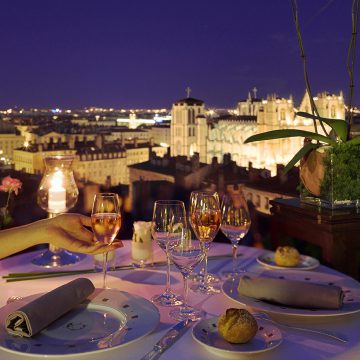 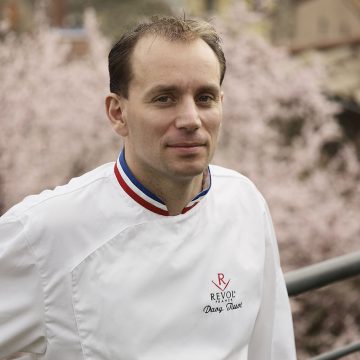 Davy Tissot took an unconventional route into becoming a Michelin starGrand ChefRelais & Châteaux. Every day he creates emotive dishes using the regional ingredients around his Lyon-based restaurant,Les Terrasses de Lyon. Heading for a sports career, Chef Tissothad to rethink hisfuture following an injury. The need for a challenge, a desire to bring pleasure to

Heading for a sports career, Chef Tissothad to rethink hisfuture following an injury. The need for a challenge, a desire to bring pleasure to others and the Sicilian origins of hisgrandmother led him, quite naturally, towards gourmet cuisine. Hiscareer path has been punctuated by the great names of French gourmet cuisine: Paul Bocuse, Philippe Gauvreau, Régis Marco, Jacques Maximin, Roger Jaloux, from which he took invaluable skills and know-how tocraft hisown culinary identity and philosophy. Hiscuisine is born of chance meetings and exchanges.

After having been awarded theMOF (Best Worker of France) in January 2004, hetook over Les Terrasses de Lyon, the gourmet restaurant at Villa Florentine and became a Grand Chef Relais & Châteaux in 2010.

Describe your culinary philosophy in FOURwords…

I felt very happy for the whole team and proud of them, it was a great reward for all the hard work done ! It gave us motivation to continuous improvement. We are now aiming to get a second star.

My bike, my sneakers and a blueberry pie!