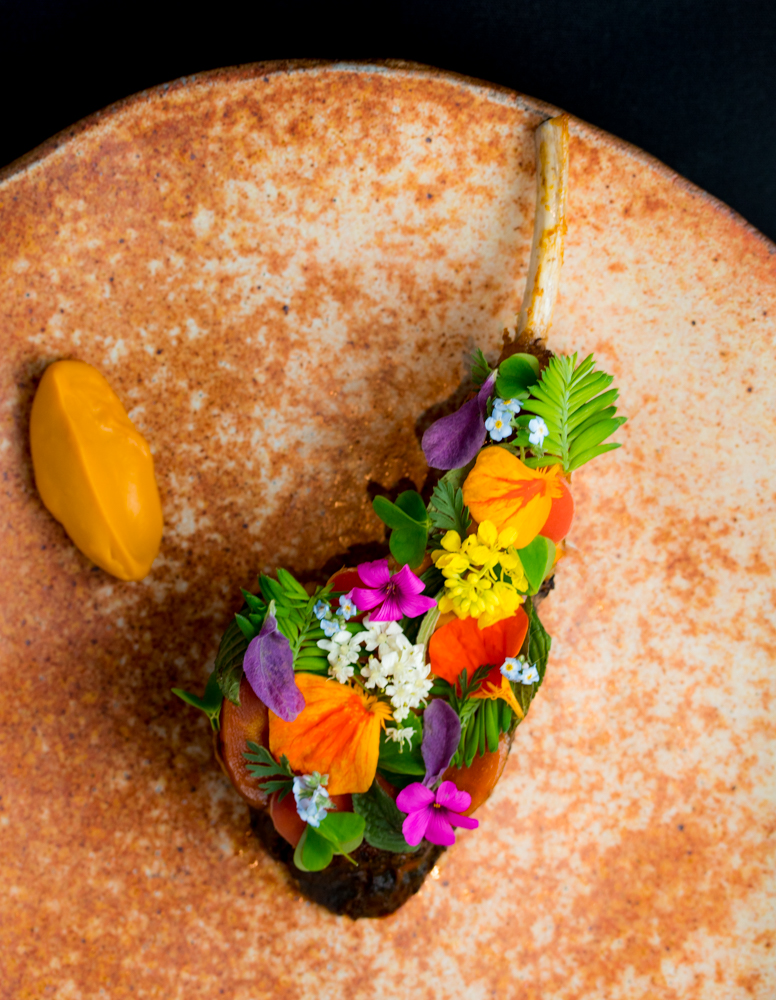 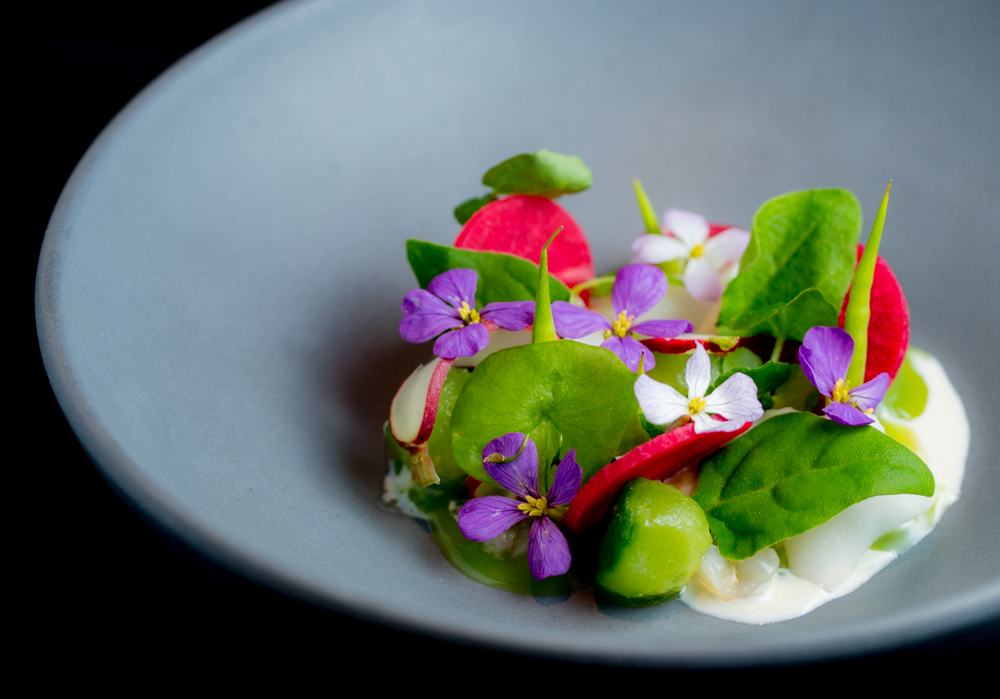 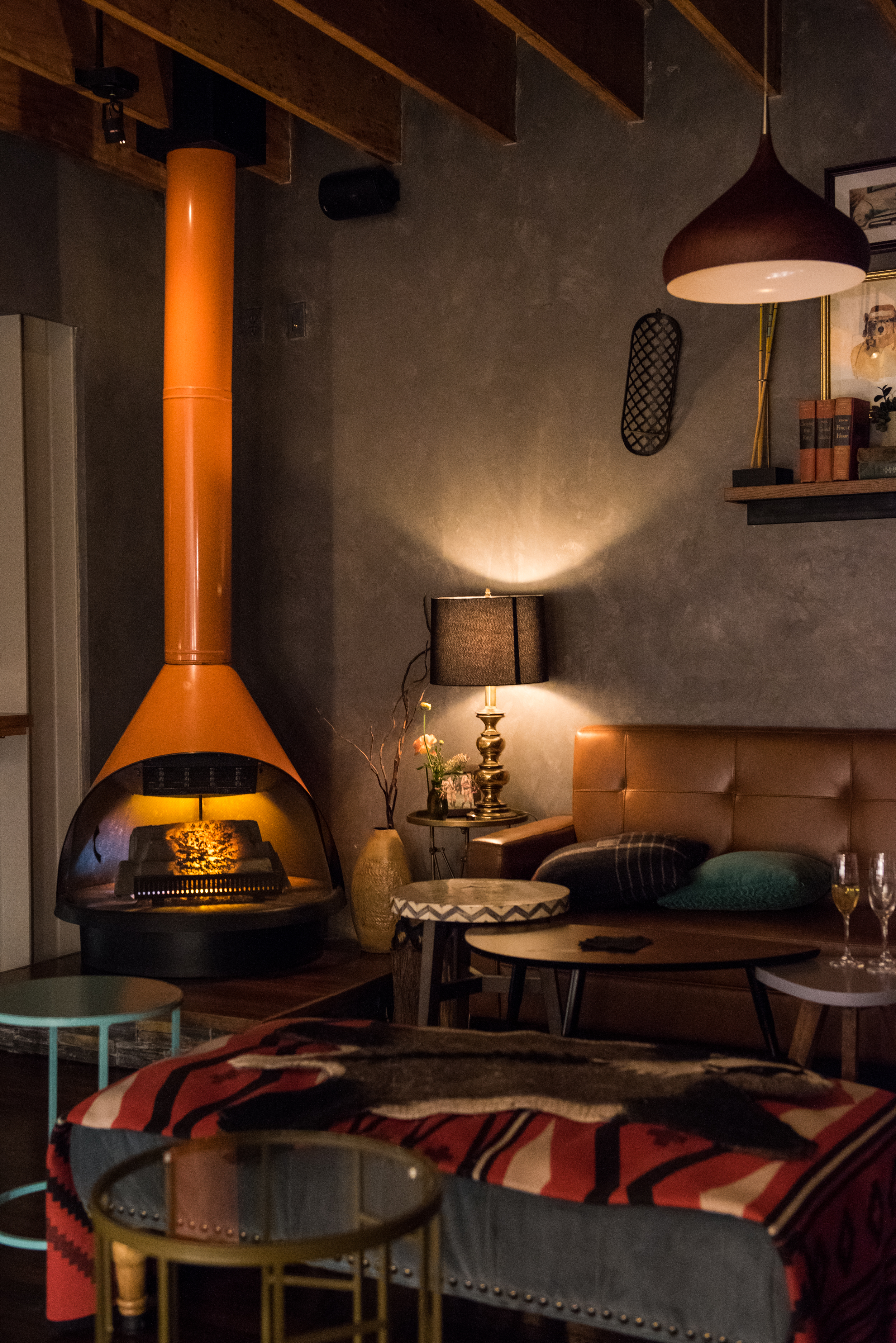 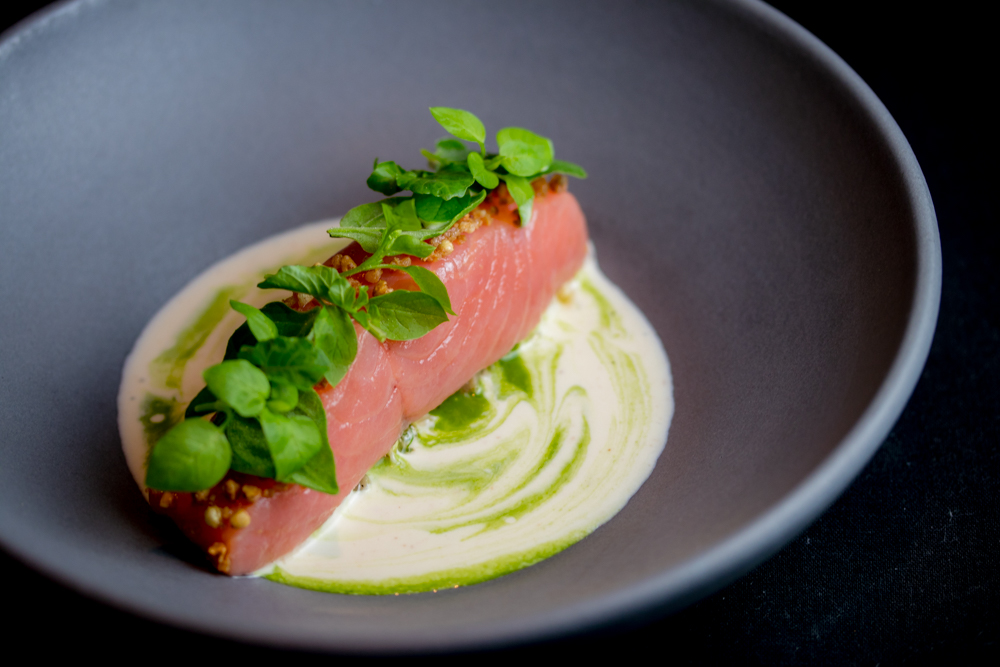 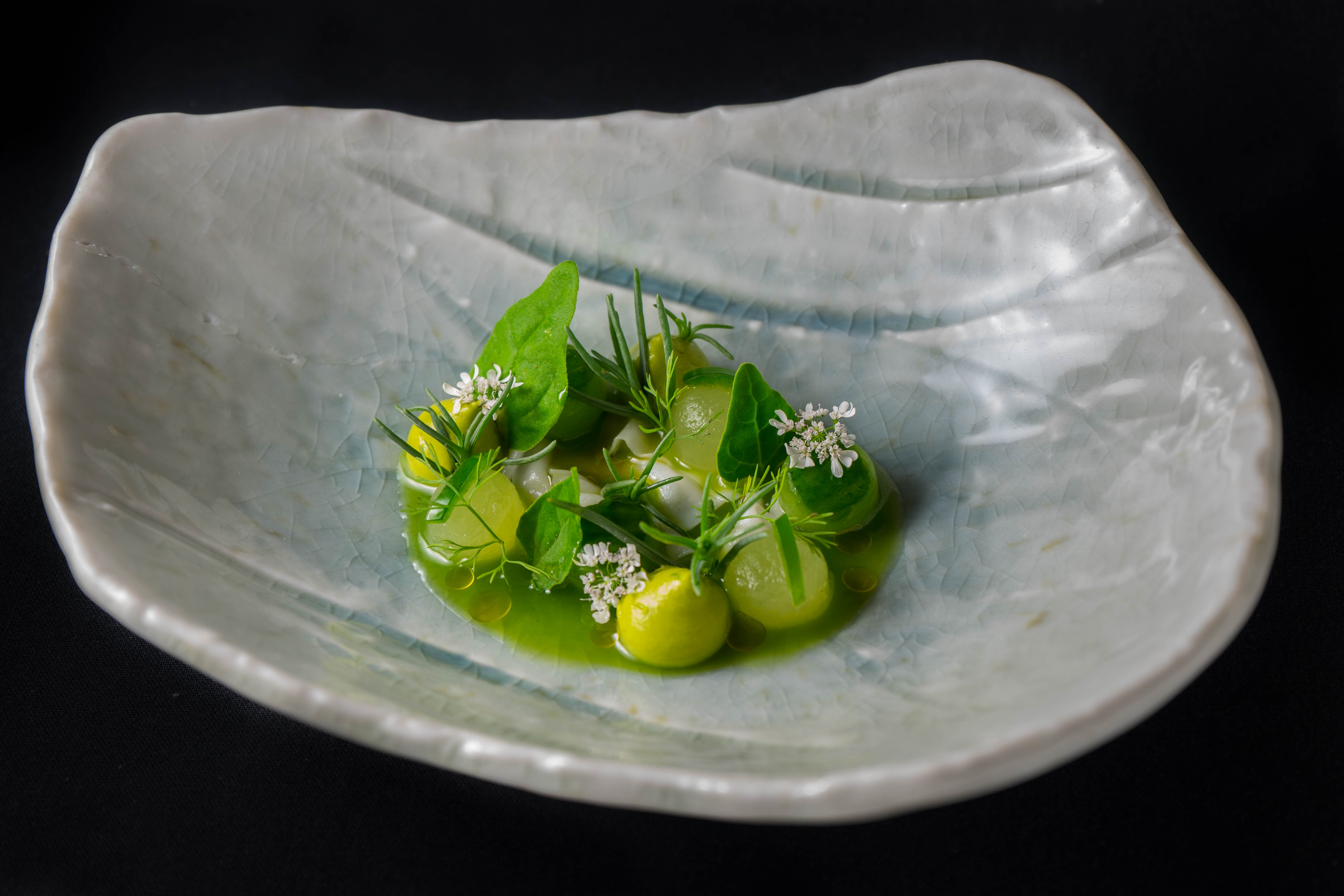 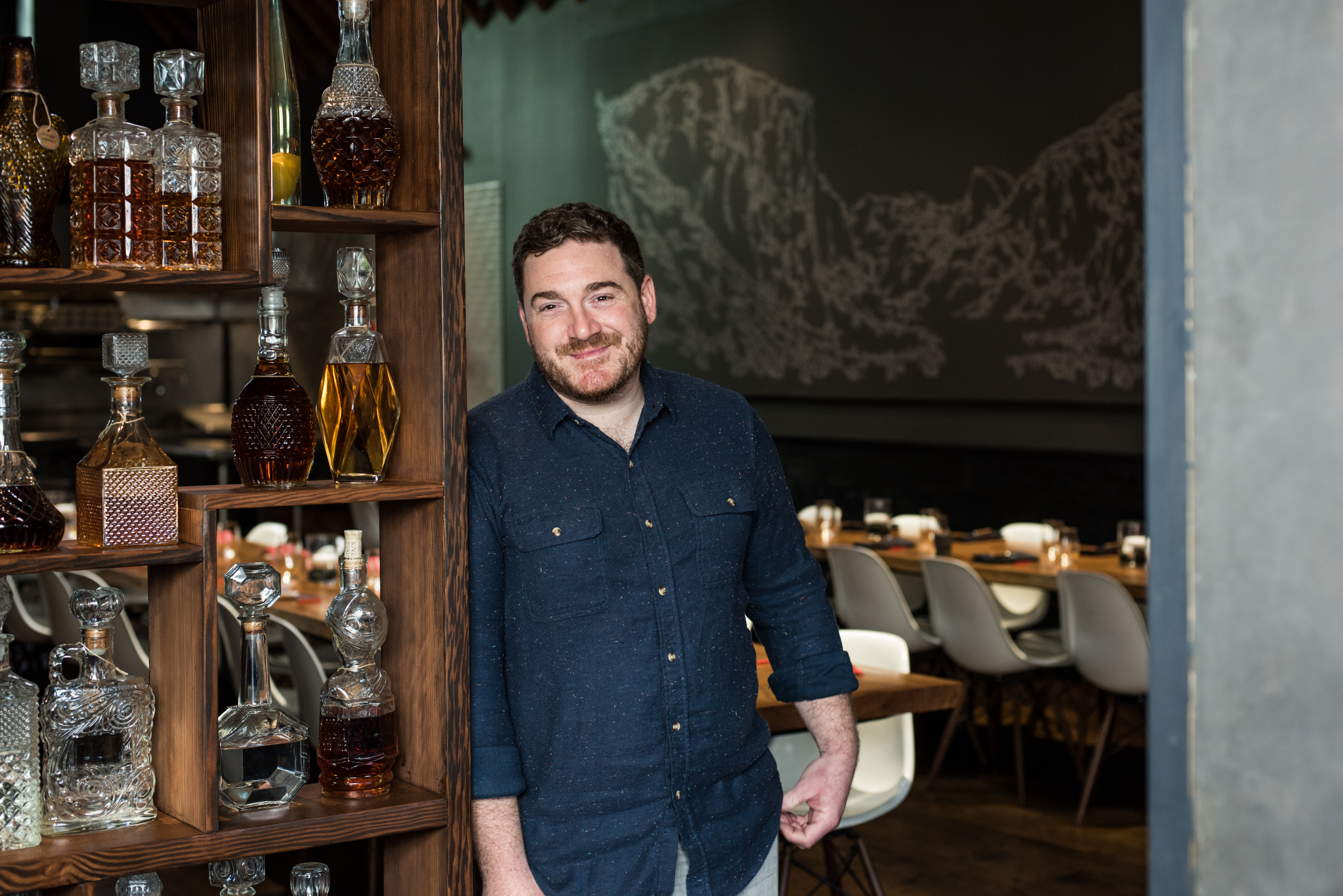 From an advocate of the law to an advocate of fine food: Chef David Barzelay swapped his suits for chefs whites a decade ago, and hasn’t looked back since.

Self-taught, Tampa-born chef, David Barzelay, channels his passion and skill for the culinary craft into unconventional dinner parties. What initially started as intimate gastronomic gatherings at an underground venue, grew into one of San Francisco’s favorite dining experiences, and became a permanent installment as Lazy Bear, the now 2 Michelin-starred establishment helmed by David.

Barzelay, a former lawyer, dabbled in the kitchen during his spare time whilst studying – and this is where the chef in him was awoken. Realising his love for food, the kitchen became has space of solace during law school, and he started embracing gastronomy with his arms wide open: from hosting dinner parties for his friends to eating the finest fare at restaurants, reading the most advanced of cookbooks to experimenting with molecular gastronomy, the chef was set on learning new techniques and immersing himself in the world of food – so much so that he even started his own food blog.

After graduating from law school, the chef went on to work in the corporate world as an intellectual property litigator, but in 2009, the financial crisis left Barzelay jobless with a long severance package. Set on starting afresh, Barzelay took a deep dive into the culinary industry. Following a series of stages in the city’s top restaurants, he launched what quickly spiraled into the highest-rated, least-known underground restaurant in the Bay Area. It wasn’t long before the chef’s talent was recognised and his dinner parties boomed: serving upwards of 40 people per night, several nights each week, the chef has to create a ticketed lottery system just to meet the demand.

Five years later, after seeing the success of the underground operation, Barzelay opened a permanent space to offer guests an enhanced fine-dining experience while still maintaining the unorthodox aspects of Lazy Bear’s original iteration. In an open kitchen in the heart of San Francisco, David uses his avant-garde techniques and gadgets to whip up the most tasty modern American dishes, served to a backdrop of camping photos, national park memorabilia and 1970s rock and roll pictures. Even more endearing is that each dinner at Barzelay comes with a gift of a Boy-Scout inspired notebook.

The two greatest inspirations behind Lazy Bear’s cuisine are the wild, and nostalgia. We strive for nearly every dish on the menu to exude a sense of naturalism, glorifying the spirit and products of the wild Bay Area, as well as calling back to intrinsically delicious flavors from our shared American dining experiences and from the things we ate growing up.

Headphones and a device with the Audible app (I’m an audiobook fiend), soap/sanitizer (I’m a germaphobe), a good cast iron pan, and a lifetime supply of green olives (the pimento-stuffed Spanish kind).