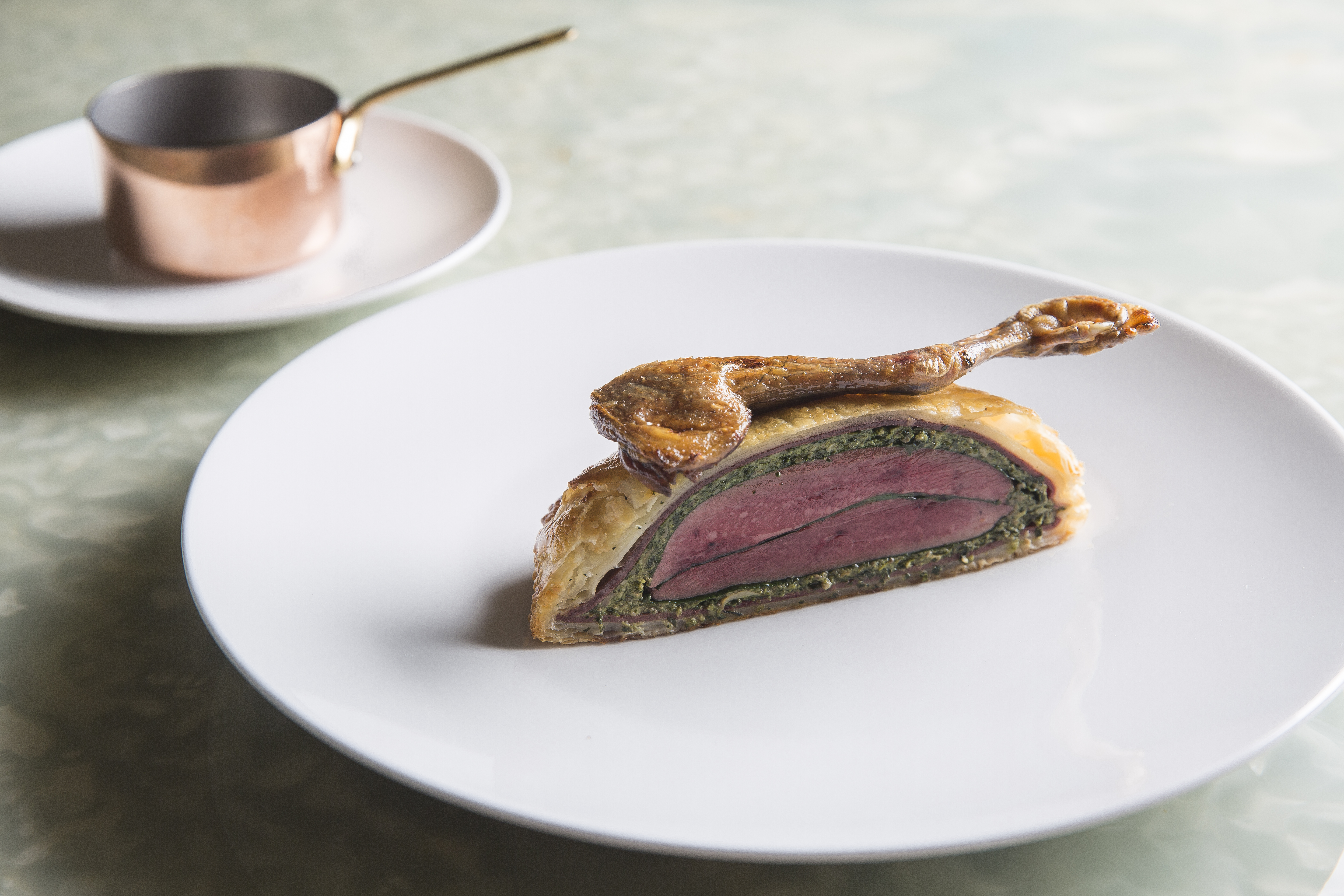 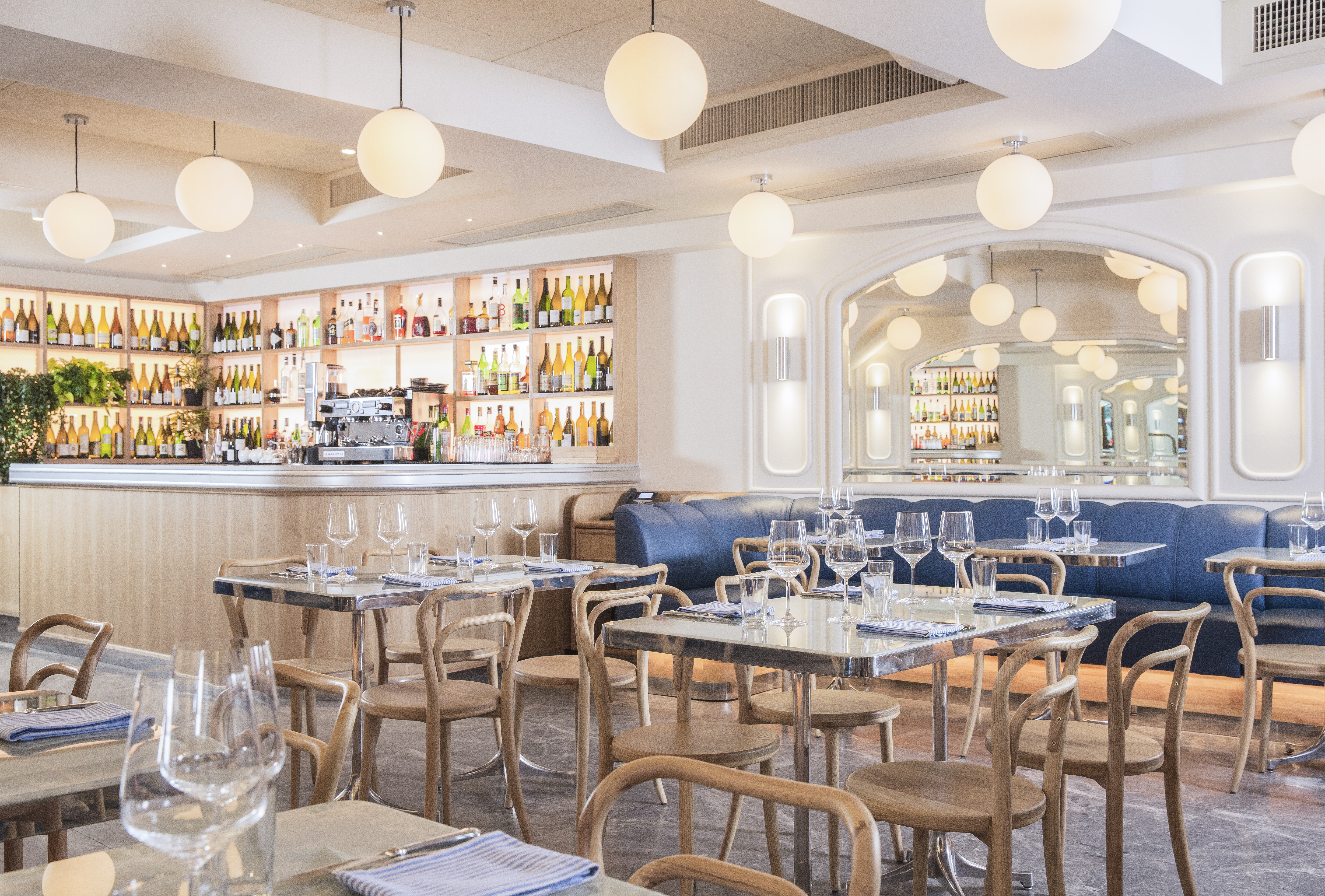 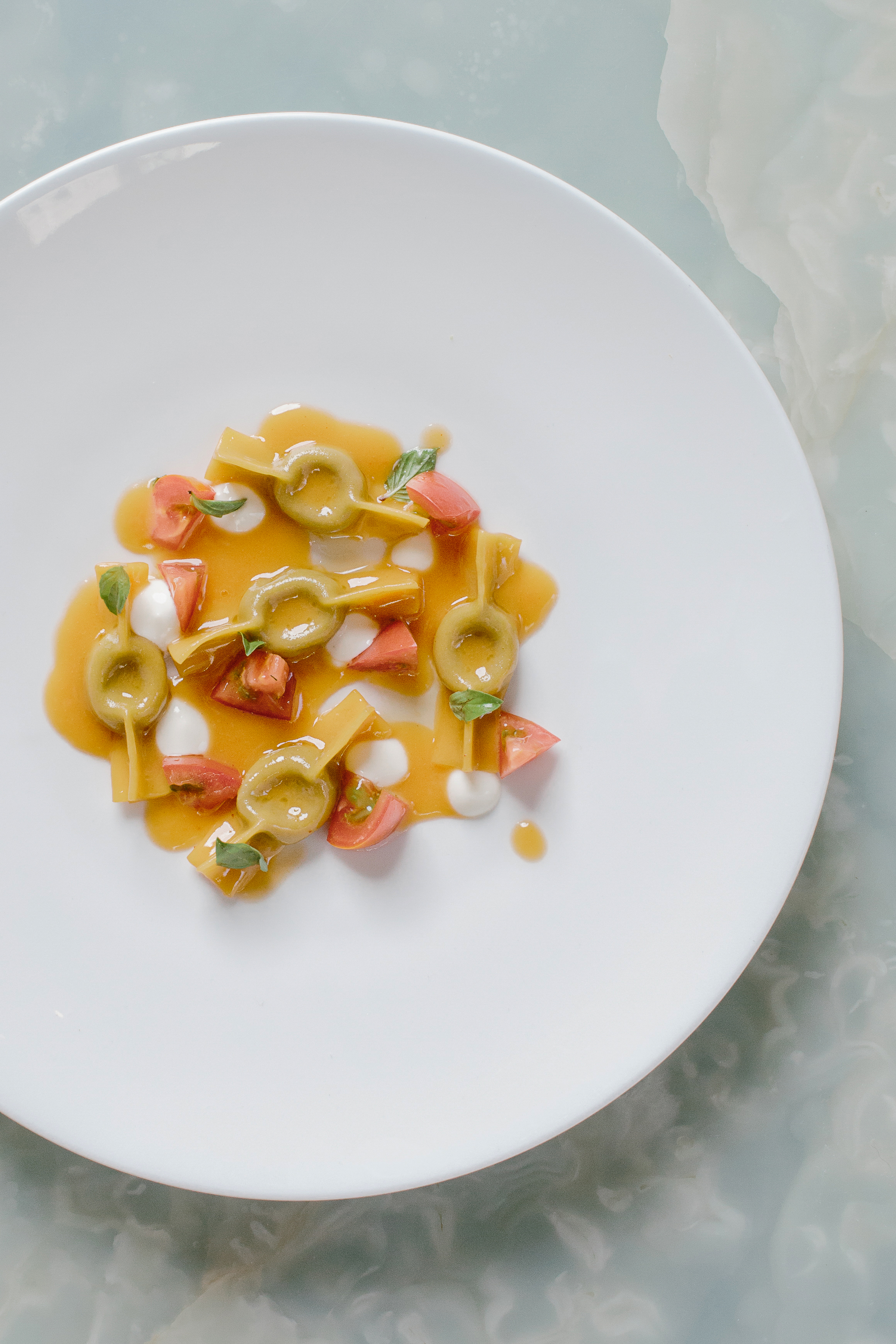 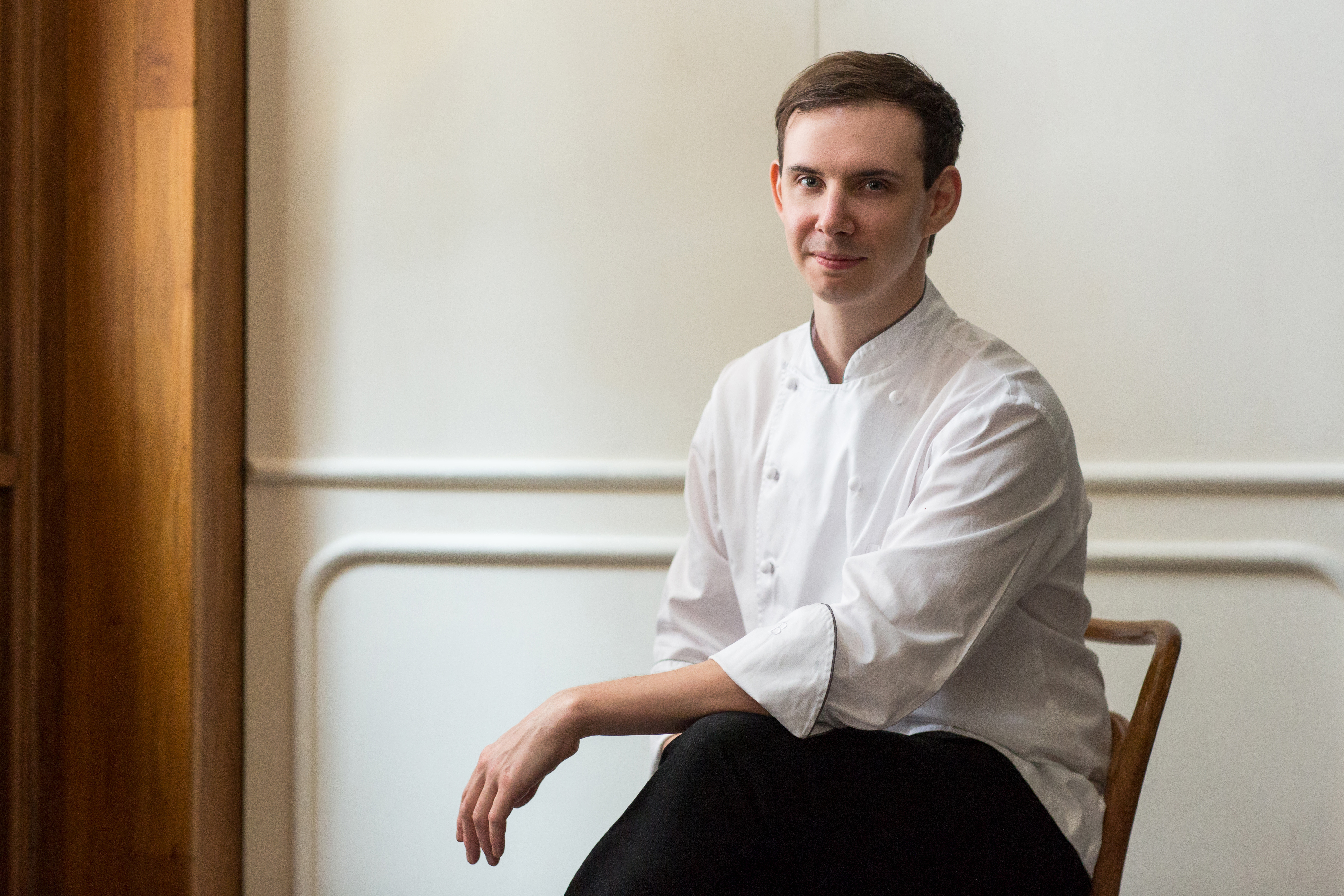 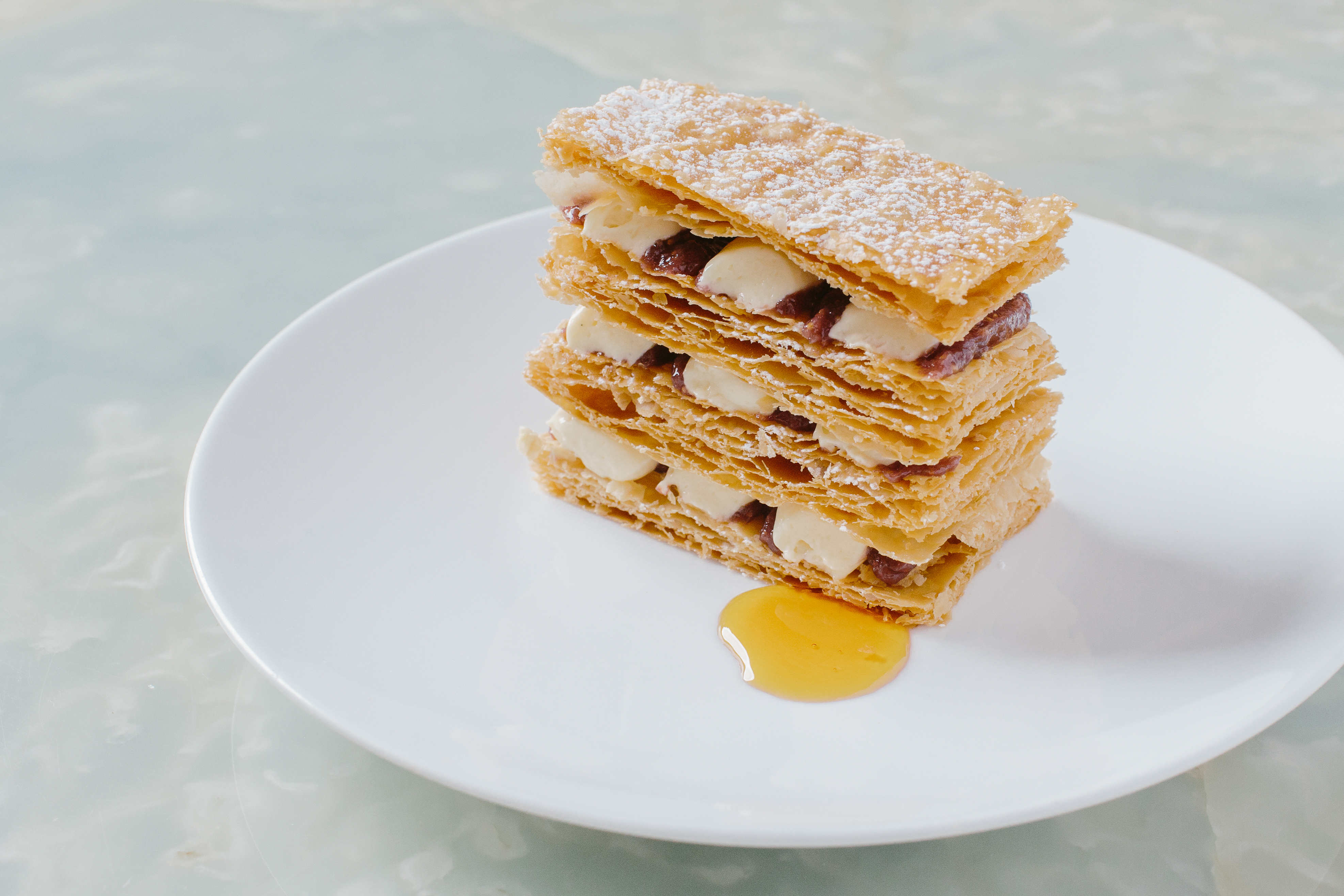 Armed with impressive credentials from the world’s most revered kitchens, Daniel Calvert brings passion and precision to his role of chef at Michelin-starred BELON in Hong-Kong.

At the age of 16, Calvert started his culinary career at The Ivy, a London institution known for its high standards and expansive, eclectic menu. He next worked under Australian-born Shane Osborn at two-Michelin starred Pied à Terre for three years, meticulously constructing modern French dishes.

Quickly earning a reputation for his strong work ethic and unsurpassed attention to detail, Calvert moved to New York City to work for the formidable and celebrated Thomas Keller at the three-Michelin starred Per Se. He quickly progressed to the position of sous chef, a role where clinical perfection and clear direction were essential. It was during this extended period that Calvert absorbed his mentor’s exacting approach and unflinching requirement for kitchen structure.

In 2014, Daniel returned to Europe, seizing the opportunity to join the three-Michelin starred Epicure at Le Bristol, regarded as the best hotel restaurant in the world for its incomparable culinary calibre. While living in Paris, Calvert was drawn to the dynamic scene found in Paris’ 11th arrondissement where dining experiences were finessed yet unfussy.

He was then introduced to Black Sheep Restaurants and moved to Hong Kong in 2015 to open BELON in the vibrant SoHo neighbourhood. With a keen desire to impart the knowledge and work ethics of his prior mentors upon his own team, Calvert built the BELON kitchen environment into one as reputable and streamlined as those where he previously worked.

Awards
FOUR Questions with Daniel
Describe your culinary philosophy in FOUR words:
Refined, elegant, simple, restrained
What is your greatest inspiration?
From the moment I wake up to when I go to bed, I have the creative freedom to do exactly as I wish.
If you could take a plane ride to any restaurant in the world, just for one meal, where would you go?
I would dine at L’Ambroisie in Paris because it is the pinnacle of French gastronomy.
What FOUR items would you take to a desert island?
My best friend, a loaf of sourdough bread, a wheel of 48-month aged comté and a bottle of Frederic Cossard Domaine de Chassorney Les Bressandes 2012
Belon
41 Elgin Street
SoHo 2152 2872
Hong Kong belonsoho.com
@belonhk
info@belonsoho.com
Tel: + 852 2152 2872